To create a concept of global “celebration” for a multi-story campaign development is the beginning challenge, it’s another to develop the conceptions for how it might look. This is always done in collaborative stages, between design, marketing and store leadership. First, develop the driving concept for the proposition (The World Celebrates) strategically define the personality and positioning, then create the opening ways to tell it. Any campaign is bound to evolve –– and this one did. From the openings, “The World Celebrates” to simply: “Celebrate.” 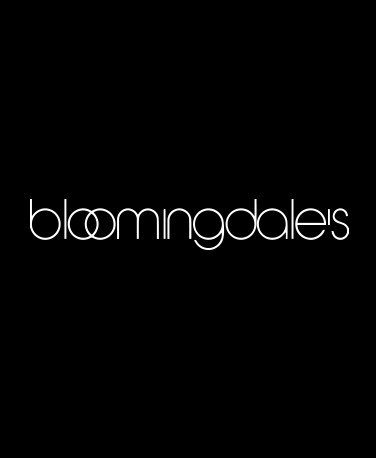 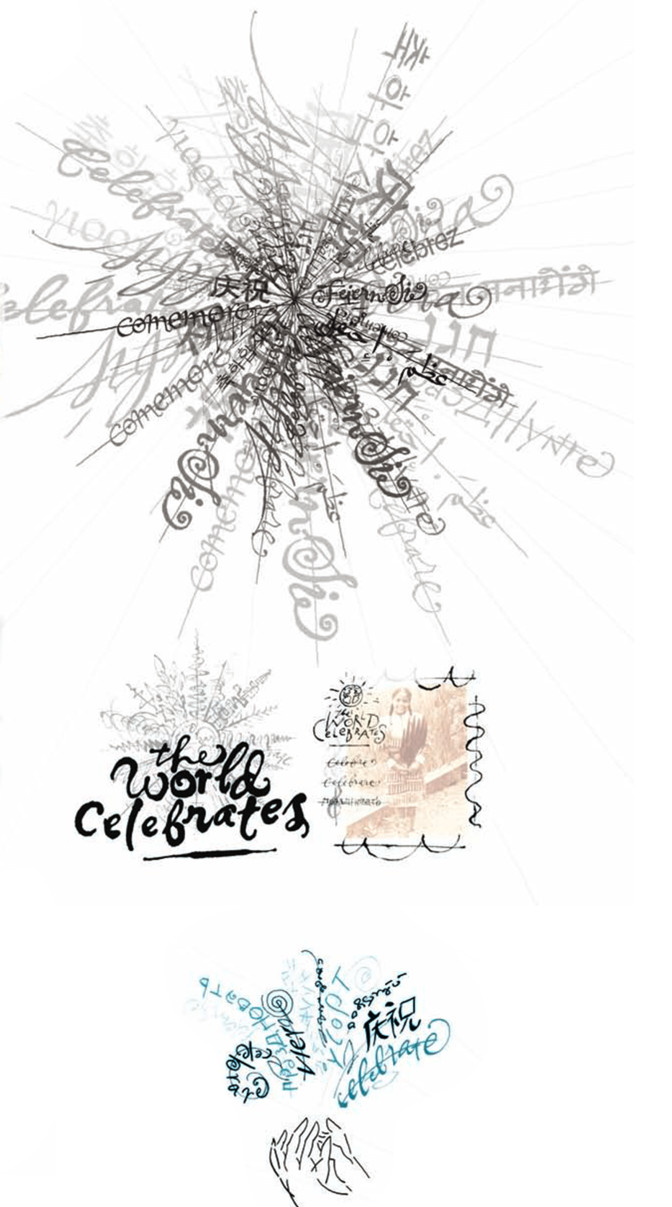 From the opening theme design explorations, there were elements that showed promise in direction: a heavy script signature; a cartouche with distressed typography in various languages; a roughened rule; a compass with varying languages…photographic overlays and patterning. These created the opening toolbox that would ultimately be tested at the executive level, in all print and dimensional design. In a pitch from the buyer’s side of the leadership at Bloomingdale’s, to the marketing and advertising development, product and ornamental applications of the individual language elements, as well as the “Celebrate” theming were designed. Numerous colorways were considered, in deviation from the other campaign approaches of the past, as well as packaging treatments, gift boxes and shopping accouterments 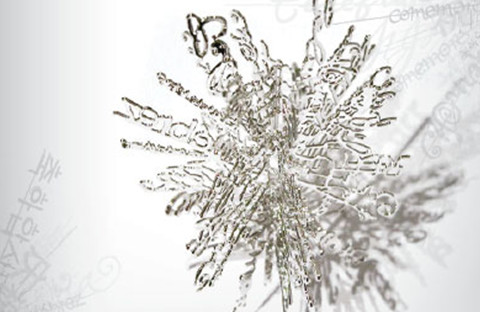 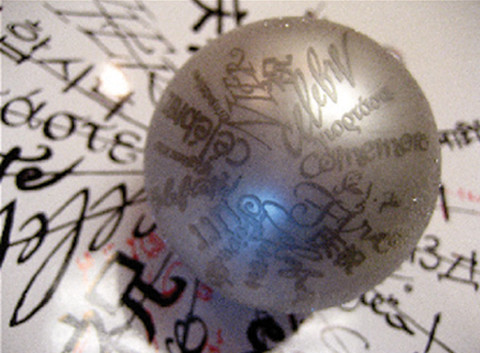 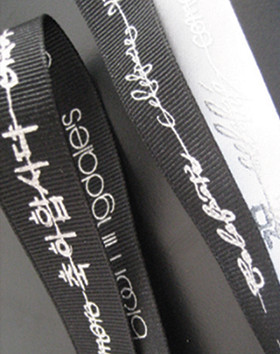 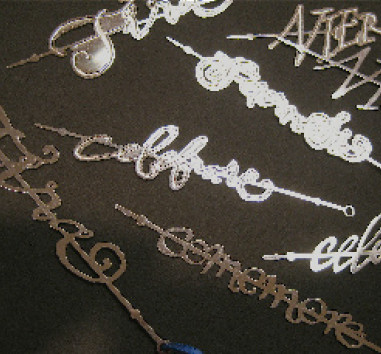 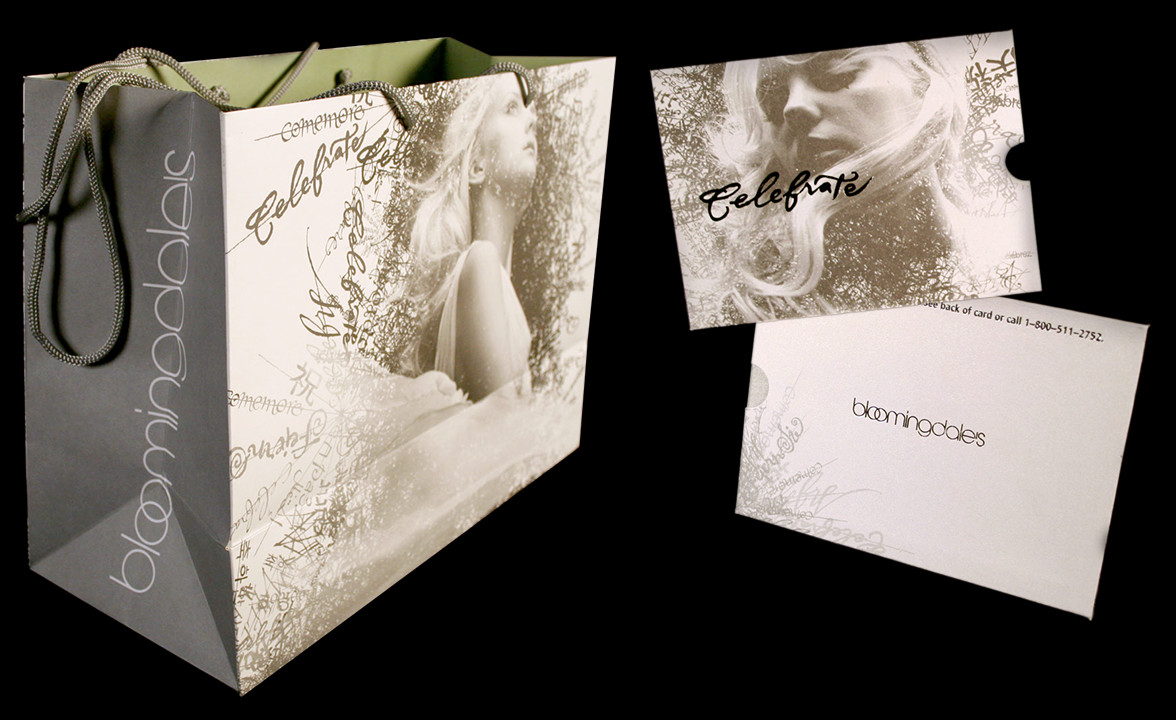 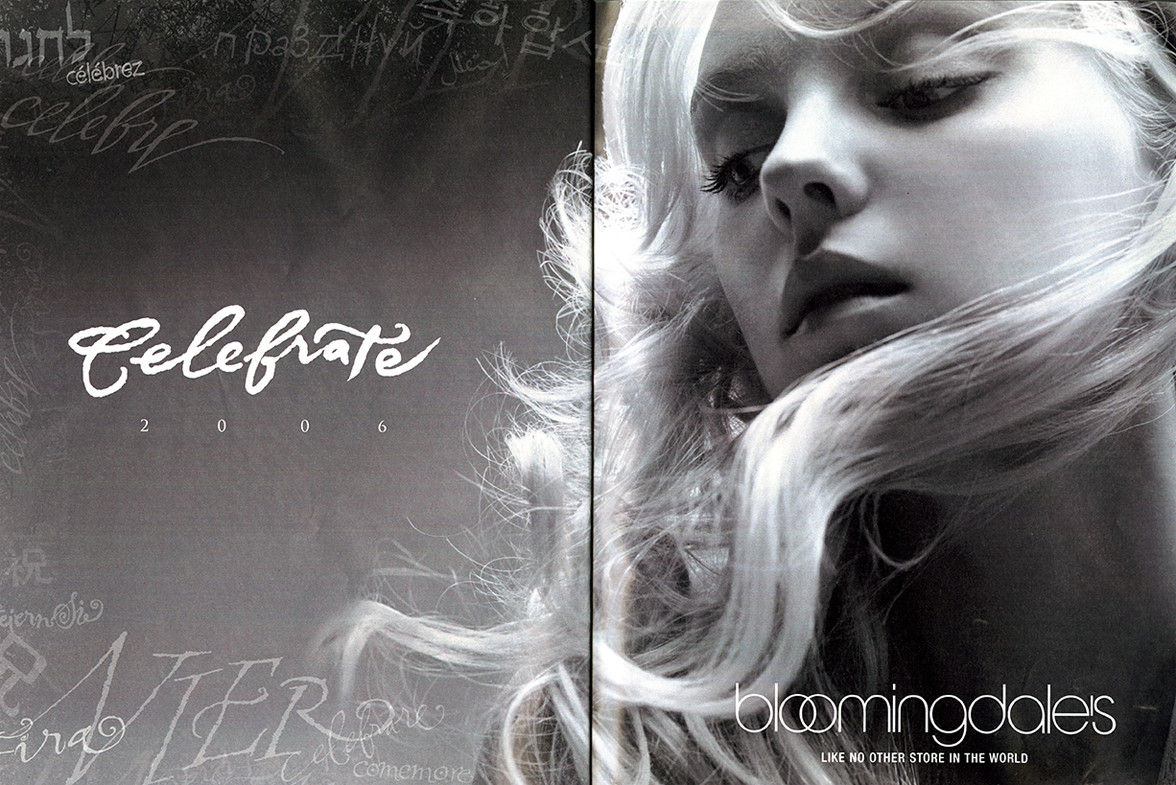 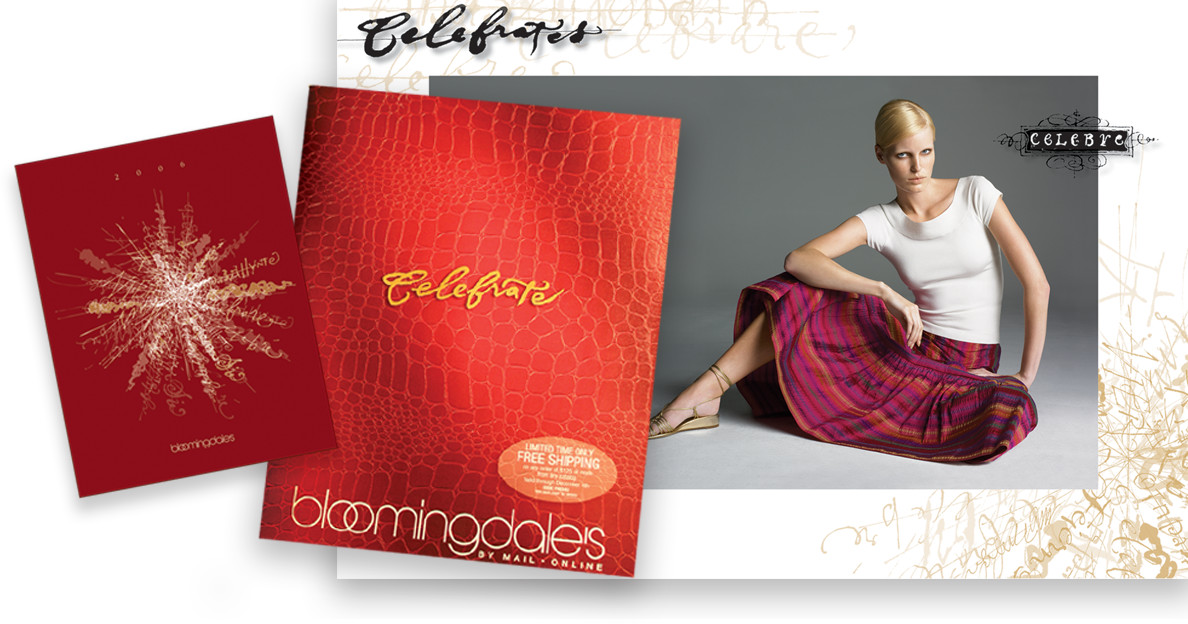 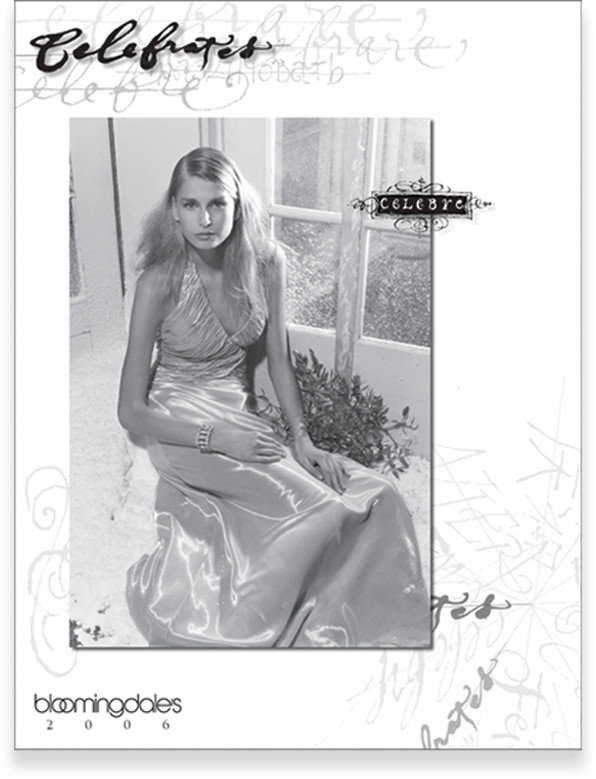 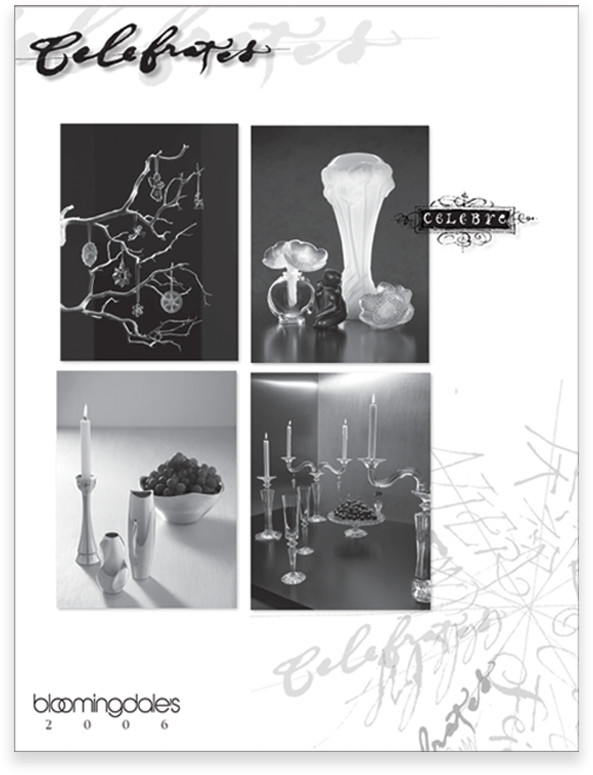