The Soul of the Olympics 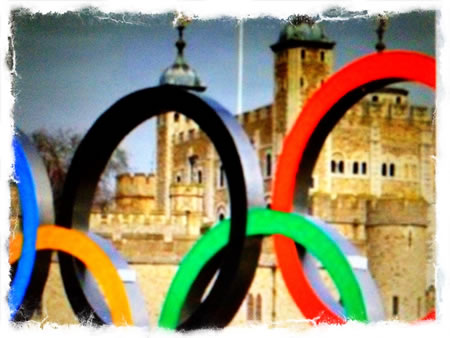 The gift of the games, “the Soul of the Olympics.”

When you think about it, hasn’t the Olympics, London 2012 been about the unbridled power, the spirit of the people who came: phenomenal?

From small story to large media washing — there was uplift.

It was about seeing miracles spark [and in some instances: practiced, careful, thoughtfully-crafted and consistent play — nothing crazy or splashy — just skilled and solid — peaceful in the flow of its execution].

The screen, the stage, the event areas; with winning wonders — spectacles of achievement — long-running and oftentimes painful commitment, an abiding passion to outstrip the standards of the past, the records that need[ed] to be broken, the stories of human spirit, authentic uplift, advancement to the next tier of accomplishment?

Really, something to be celebrated — inspired by, the sheer updraft for all who saw those who came.

I was amazed by phenomena — astonishing people, only a modicum of political bickering, some visual poetry — and stories told — of the grace of humans as thinking, muscular-tenoned engines, and importantly, the battle to push ahead, higher, further, faster.

I go back, a momentary recalling… 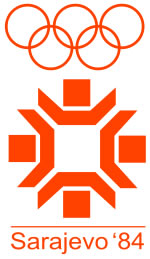 Earlier in my career, in gold-washed all-capital metal-penned calligraphy, I created an Olympic poster, while working in Sarajevo –1984.

This full color, hand-drawn art which likely can be found somewhere in the Girvin archives:

THE FASTEST
THE HIGHEST
THE STRONGEST.

That phrasing could be “states of being:”
Go faster,
go higher,
be the strongest.

It struck me – with the beleaguered fears of terrorist threats and all that could’ve gone wrong in London, it was a speedy sequence that was little mired, nor marred — still, with the core ideals upheld and the superlative presence of athletic spirit.
––––––––––––––––––––––

A reflection from Frank Bruni, the NYTimes The soul of the Olympics.

IT’S easy to be cynical about the Olympics: about the runaway commercialism; about the jingoism that so many countries bring to the games; about NBC.

Definitely about NBC. Its breathless degree of fake suspense during prime-time broadcasts has been a silly mockery of our wired ways, and too many on-the-spot interviews with athletes redefined dippy. How do you feel? Jubilant if you’ve medalled, crushed if you haven’t and really, really tired. Fill in the blanks.

Amid bullets in Colorado and Wisconsin, vitriol on the campaign trail, ominously scorching heat and serious questions about whether we can and will rise to the challenges before us, the Olympics have affirmed that human potential is just about infinite and that the human soul is good. They’ve presented two solid weeks of parables, most of which underscored the great rewards possible when great risk is taken and the prospect of glory on the far side of sacrifice.

Gabby Douglas gave us a lesson in all of that. I can’t quite let go of her smile or her story. Four years ago, at the age of 12, she unsuccessfully begged her mother, Natalie Hawkins, to allow her to leave their home in Virginia and train in Iowa, which seemed so distant and exotic that Hawkins once joked: “Are there people in Iowa? There’s just corn.” Corn, that is, and a world-renowned coach who knows a thing or two about harvesting Olympic gold. Douglas joined forces with him when she was 14, and her mother finally consented to her wishes, placing her in the care of an Iowa family whom Douglas didn’t yet know, in a town where a black girl was bound to stand out. Many nights, Douglas has said, she cried herself to sleep. But she had this dream. And the only path to it, she felt certain, was through those cornfields.

The Olympics have reminded us that any grand achievement begins with a leap of faith and draws lavishly from a wellspring of pure confidence. And that what has been accomplished to date has no bearing on what can be accomplished in time.

Dutch gymnast Epke Zonderland took to the air to prove as much, soaring above and swooping below the high bar during his gold-medal show-stopper, while Michael Phelps took to the water. Before Phelps, no man had won the same Olympic swimming event three times in a row. In London, he did that. Before Phelps, no man or woman had ever collected more than 18 Olympic medals. In London, he did that, too. Then he collected a 20th, a 21st, a 22nd. All but four are gold. By multiple measures and by far, he is the most decorated Olympian ever.

Mosts. Firsts. London brimmed with them, and they transcended mere trivia. They charted the march of social progress, marked the toppling of boundaries. For the first time, the American Olympic team had more women than men. For the first time, every national team included at least one woman, and that was because three Muslim countries that had never before sent a female athlete to the Olympics finally did so.

One of those countries was Saudi Arabia, and one of its two female competitors was Sarah Attar, who ran the 800m with her legs covered, her arms covered, her hair covered. At the start, she beamed at the crowd, her smile an acknowledgment of history in the making. And though she lagged far behind everyone else in her heat, the crowd roared louder and louder as she approached the finish line, then gave her a standing ovation. It was as if she had set a world record. Then again, she had.

There was similar applause for Oscar Pistorius, the South African man who also challenged precedent and also defied limits, running the 400m on two prosthetic legs. He made it as far as the semifinals, after which Grenadian runner Kirani James, who would go on to win the gold, swapped nametags with him. It was a gesture of the utmost respect and a poignant illustration of the kind of fellowship that athletic competition at its very best can foster.

From the Olympics, we got validation that sports aren’t just an engine of fame and a means to riches but a training ground for the rest of life, and that they can make champions proud without making them vain.

Another smile I can’t let go of is Missy Franklin’s, toothy and triumphant, because I got the sense that the joy in it came not so much from besting her rivals in the pool but from meeting the grandest expectations that others had for her and that she had for herself.

As she won the first of four golds, in the 100m backstroke, NBC showed her high school classmates back in Colorado huddled in front of an enormous TV screen.

They went bonkers when she touched the wall ahead of everyone else. That reaction helped to explain a huge decision that she’s made. Rather than cash in on endorsement deals that could be worth hundreds of thousands, she’ll preserve her amateur status so that she can swim for the team at whichever college she attends.

There will presumably be opportunities for money down the road. There won’t be the same chance to bring excitement to her campus and play a special part on it. Those experiences can’t be measured in dollars. And by choosing to savour them, she has something to teach us all. NYT

In it —
these entirely human expressions —
the strides, the rise, the movements forward

we are all uplifted.
Tim | GIRVIN | THE ISLAND STUDIOS
–––––
WHAT HUMANS CAN DO |
EXEMPLARY BRAND DEVELOPMENT
The strategies of rippling genius
https://www.girvin.com/subsites/humanbrands/

Drawing Gods as a Meditation

The Rubin Museum | NYC | Geometric patterning of a Bodhisattva print GIRVIN | the digital assembly of 108 paintings of divinity -- the mala, the spiritual thread of prayer. Below is a photograph of the 16x20" poster of nearly all the paintings of the digital gathering of the Girvin Bodhisattva mala. Visit us on…
We use cookies on our website to give you the best experience on our website. By clicking “Accept”, you consent to the use of ALL the cookies.
Do not sell my personal information.
Cookie SettingsAccept
Manage consent