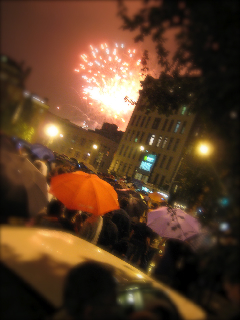 Or at least, that’s what it felt like, late last night, down on the waterfront, Brooklyn Bridge, with thousands of others, running, milling, surging. But with courteously neat umbrellas, mind you! 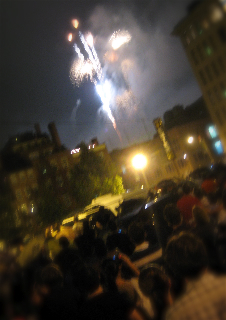 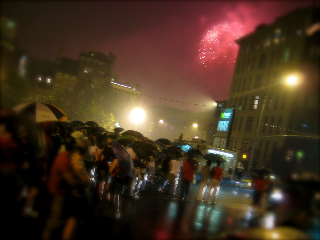 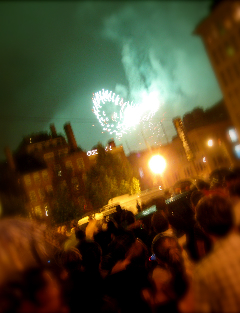 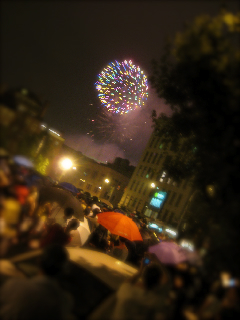 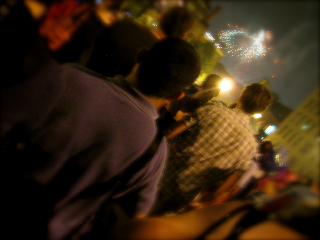 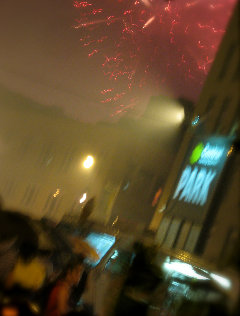 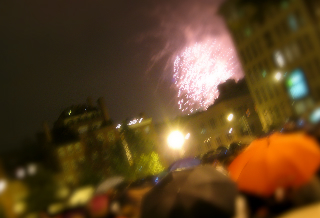 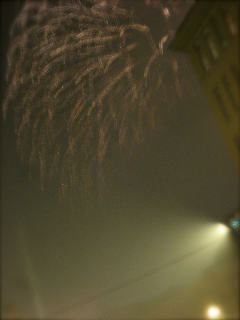 Run to it, I do: spectacle.

What’s intriguing about the modeling of this celebration, the 4th — and the US tradition of celebrating our warring victory of independence — and I suppose, many others that involve fireworks, is that — in a way — they do just that.

They are what I’ve just described. They represent a kind of beautiful disaster, they are pretty versions of aerial conflagration — and to the Chinese that invented them, or the Greeks before the western advent of gunpowder, fireworks are entirely about siege — and the craft of attack, an arranged and choreographed version of spectacle and chaos, made pretty, in re-minding.

I will comment, however, that trying to take a subway OUT of the South SeaPort, NYC — WAS a disaster movie in the making!

My first exposure to David Byrne was in college, in the 70s. How I relate to him is his ineffable curiosity. Frankly, since the 80s, I've probably only picked up a couple of his CDs, since that time. But it's the infectious exploration that's captivating. And Brian Eno. http://tim.girvin.com/Entries/?p=255. That link to Eno, early on,…

Studying the world of Brian Eno: scent, strategy, music and environment in experience design and contemplation. Image Copyright, Apple Computer, Inc., © 2008, all rights reserved. "Humans are capable of a unique trick: creating realities by first imagining them, by experiencing them in their minds. When Martin Luther King said "I have a dream…" ,…
We use cookies on our website to give you the best experience on our website. By clicking “Accept”, you consent to the use of ALL the cookies.
Do not sell my personal information.
Cookie SettingsAccept
Manage consent