A MEETING WITH MASSIMO VIGNELLI 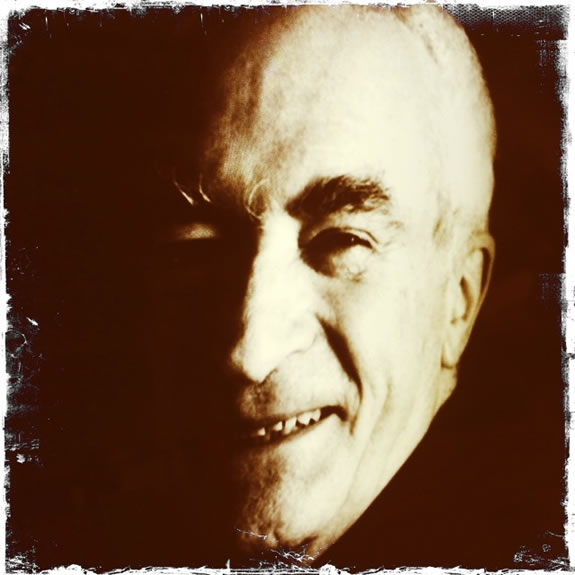 ONE STORY, ONE PERSON

It’s interesting how a journey in the life of a designer will take them out to the ends of many roads in their explorations — and those roads might lead back, to the very beginning from which they first found insight into the deeper meaning of
the why
of involvement in
any practiced craft.

When I met Massimo Vignelli, a couple of decades back, I was carrying a vast black acrylic portfolio of laminated posters, art and calligraphy — sheathed in a shoulder bound carrying card, made by industrial seamstresses. It was heavy, bulletproof and a powerful blockade in cross walks. Then, I lived over on 5th, between 2nd and 3rd Avenues, just off the Alphabet Avenues, only blocks from the Hell’s Angels HQ.

I was walking with a largely invented portfolio —
I made my work up, since I didn’t have any.

He was more impressed with the design of the 60lb. acrylic containment than he was with the spin of color-washed calligraphic lettering, customized fonts and brush drawn art. Vignelli’s was a sternly disciplined style, and I think that a lot of what we built, and made by hand was too Northwesterly, too rustically crafty — if there’s a school for that sentiment of design. Still, there was another young guy looking over the work, Michael Bierut, and he later commissioned us to build a typeface in support of a building and environmental project. Shown below. 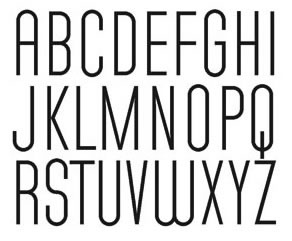 What struck me about Vignelli was his graceful presence, an international glance at how things should be — that shined in the signing for the vast utilitarian underground of NYMetro, to his disciplined product design, strictly firm strategies of identity. Grateful that he would even see me — in an office that spoke of a kind of minimalist set design — he was there, at an iconic desk, mounted like a boat in the quietude of the place. Sacred it was.

We lament his passage —
and honor to have known him,
if only for a moment.

This Is For You

The Power of Person to Person I was working in San Francisco, walking the streets of Chinatown and contemplating the nature of the work that we all do. It's a gate, to a bridge, a point of transition -- from one step to another. And the portal to a person. Our art, as marketers, designers,…

What "space" do you live in?

Isn't it so -- that you find your space -- and, it's you, your story, that will define and make your own place? I walked into a painter's workplace, a studio - in NYC. It was, to all expectations of pretense, a good studio, a study in loftism -- a good look at a conventional…
We use cookies on our website to give you the best experience on our website. By clicking “Accept”, you consent to the use of ALL the cookies.
Do not sell my personal information.
Cookie SettingsAccept
Manage consent