Alphabetica Geometrica | Designing Fonts on The Premise of Geometric Perfection 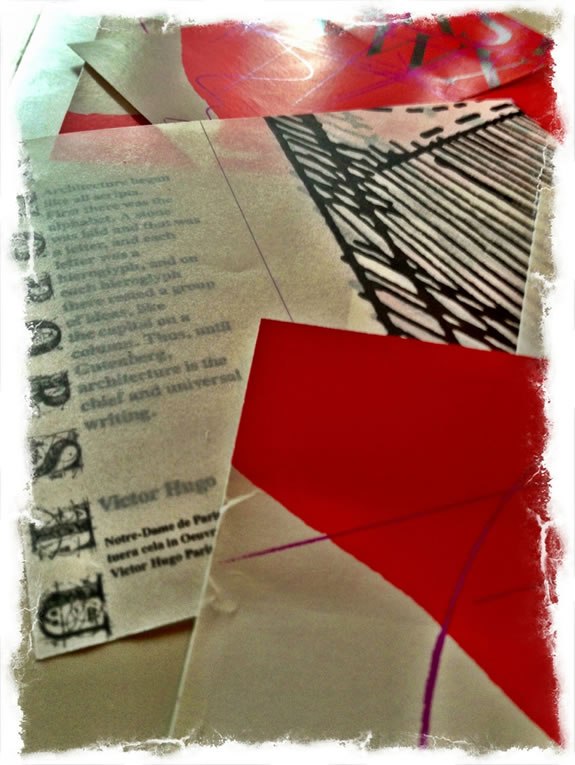 The Scribbling of Design Theorems — Drafting With Navigational Instruments

The word scribe to script,
as a verb, is
a “scratching, a scribble, a marking.”

Describe comes to mind, for in that scratching, definition and articulation of idea becomes manifest — and in a manner, that rutter book, is something like a navigation, a way-finding to the layering of stroke and context, mark and meaning.

It comes right back to the very nature of design as a signing, a drifted draft of personal character that relates to the heritage of making marks.

Making a mark[as these marks, strokes and splashes of above, a set of Girvin cards] will suggest a link to

Could it be possible that
scribing
— that marking —
is the arcing stroke of
a hidden geometry —
that behind and beneath
the de-signed thinking is
a geometry, a perfected,
“de-scribed”
wonderment.

Paul Standard, an early typophilic friend of mine, in the 70s, the beginnings of my career is quoted with the reference: “Geometry can produce legible letters, but art alone makes them beautiful…” I used to go and visit Paul and Stella, [the celebrated cook book authoress] and talk about type, food and cooking at their book-cluttered apartment, in NYC. Lovely and cultured people. And in that, Paul was a scholar. From that bridging, I’d encountered Jan Tschichold, another scholar of typography and design, about the right layout of the book.

I began my career as a book designer — back then ruling up the pages on a layout on a tracing stock, drawing out the height, kerning and leading of the fonts, to page, in the theories of Adrian Wilson, a book designer from San Francisco. Before that time, that first project, I had no clue about how to even design a book. But my principle, in making books by hand was that there was a sequencing — a threading from page to page — a girding of grid, from layout to layout, long before I even knew what “the Swiss grid” was about, so advocated in many design schools, including the University of Washington. One designed note, on one page, would find a telling on another. 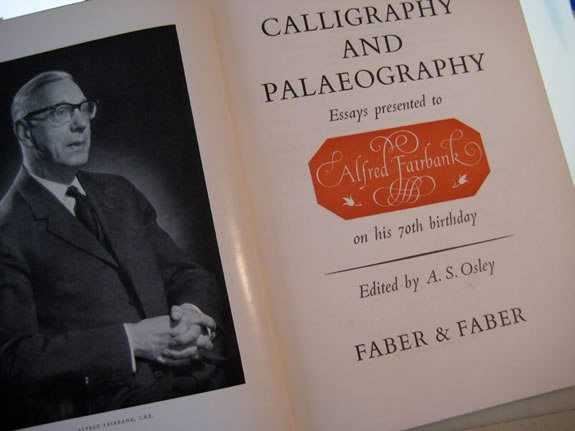 What I knew from my art history and architectural studies was that the nature of design could be supposed on a practice of a geometry of arrangement. Jan Tschichold identified that — and later, with Lloyd Reynolds, in the famous Festschrift for Alfred Fairbanks, “Calligraphy and Paleography.” His “Non-arbitrary proportions” essay was a telling that shocked me, mostly because it seemed so familiar, yet still, I’d never seen it evidenced as a concrete theory. The core to the principle was designing a layout for books that — unlike our hurried sense of time — could be used for hundreds of years, handled and studied by thousands of people, potentially, over time. Whether this notion of design could be attached to the higher metaphysics of “divina proportione,” the notion of the rhythm of design being a kind of perfected patterning, found in natural phenomena and rhythmic positioning of proportion, airiness and the balance between something “defined” and something “undefined.” 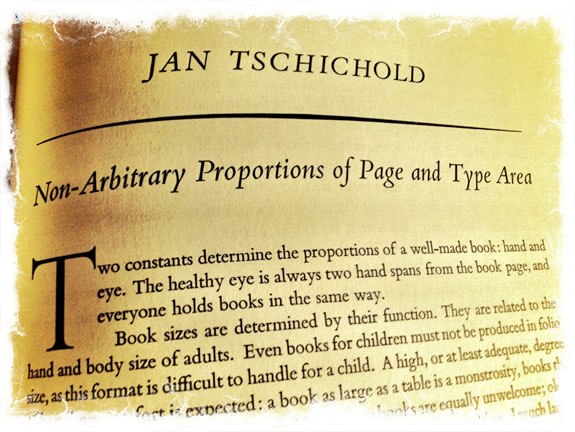 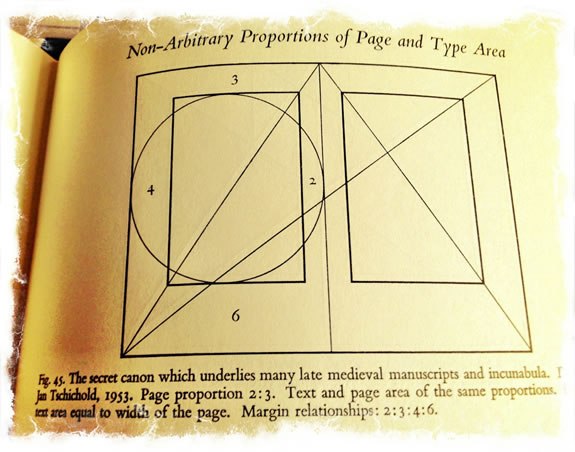 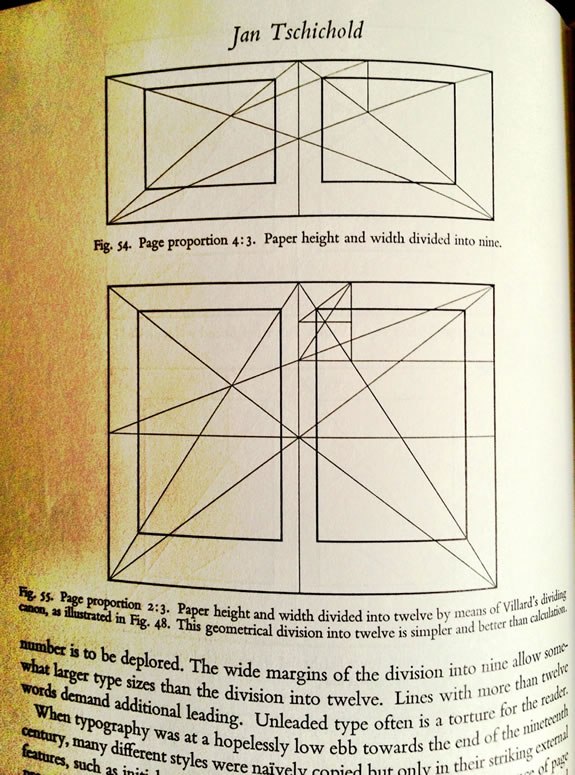 In any manner, it might be considered that it “feels right” in the context of “elegance, spareness and balance.” Still, there are present applications — a design can be built, today, on this positioning: in a recent project overviewing our Nordstrom work, we used the principle of classical geometric design in a book form — tall, airy, balanced. The key comes not only to scale, but more so the arrangement of content within. 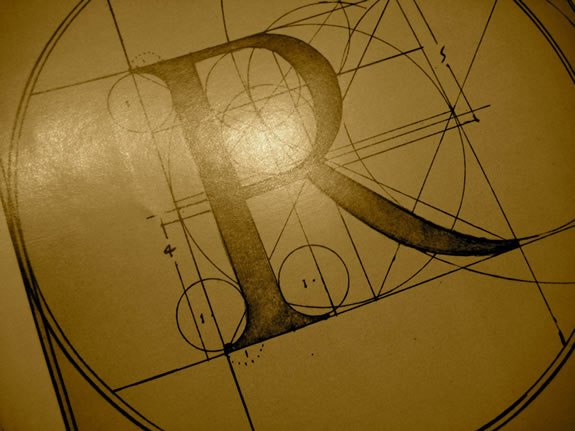 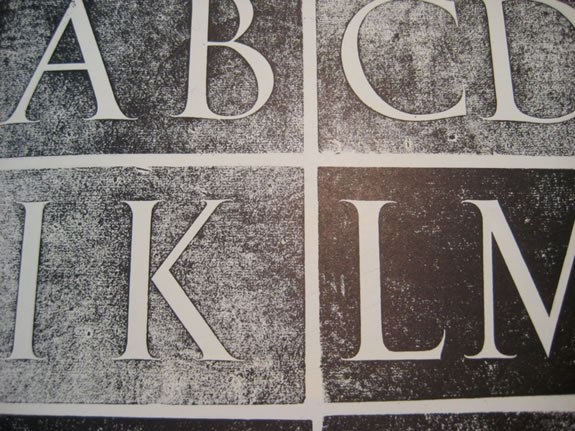 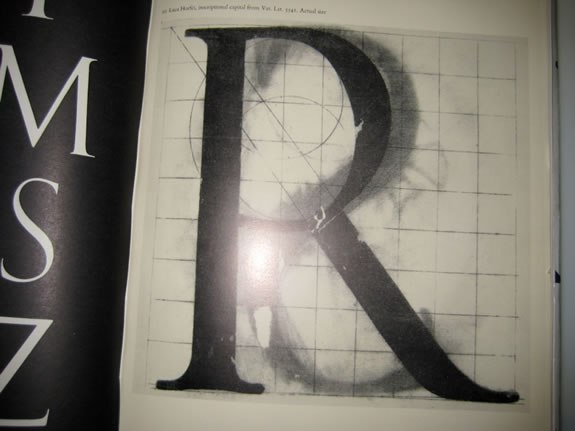 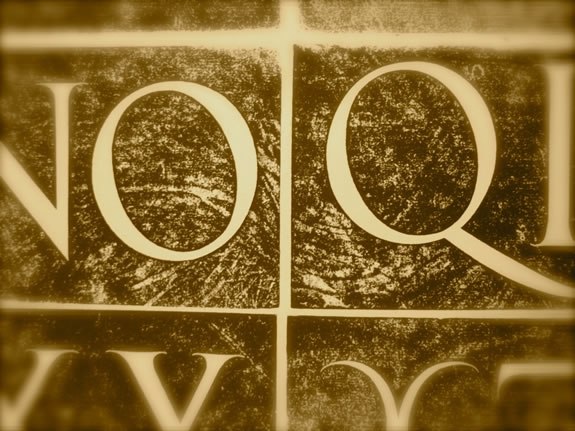 Geometry applied to the drafted letterform [shown above] was part of the Italian humanistic analyses in a “scientifically-artistic quest” of how to create the perfected letterform, during the Renaissance, manuscripts and printed books espoused these tools to build supremely cool-defined Roman Imperialist letterforms — found in epigraphy from around 100 BCE and earlier.

Our explorations are more whimsical — the imagery below, a Girvin font, “Dominic’s” for a restaurant design and signing program.
“The hand compels the type” relates to a reference, to our history, that ties the structure of the letterform to muscular movements, evolutions in speed, letterform simplification in structure and learnings — the gestures that compel the quality of how the letterform is drawn. 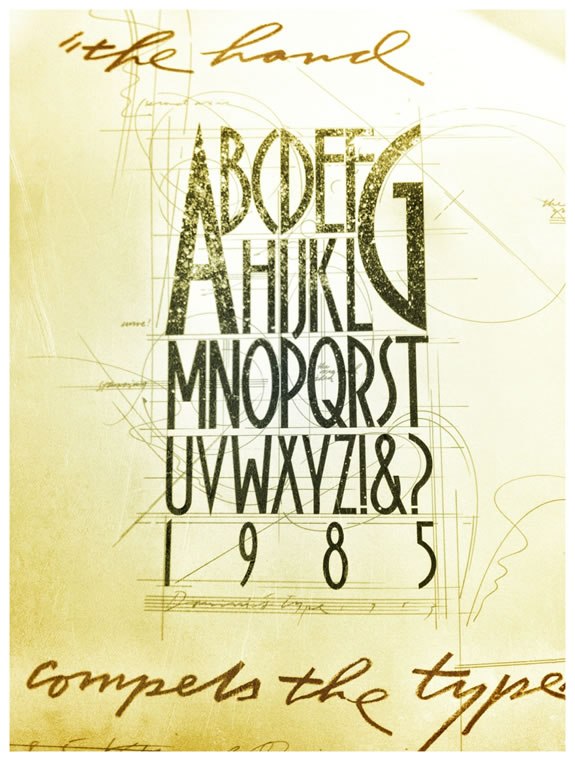 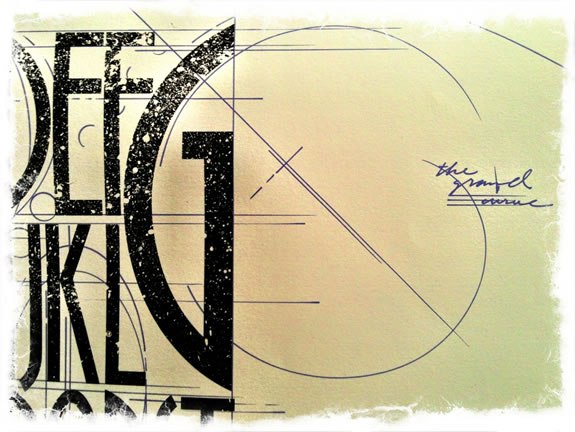 Can that idea be applied to the scripting of the letter? I don’t know, I’ve never done that — formally.

More, for me, was the art of splaying curves and descriptive cartography to the mapping of letterforms, albeit not ever really needing to use geometry to find “rightness” in proportion. For me, it was more about the energy of the drawing on static structures, the architecture of the letters themselves. 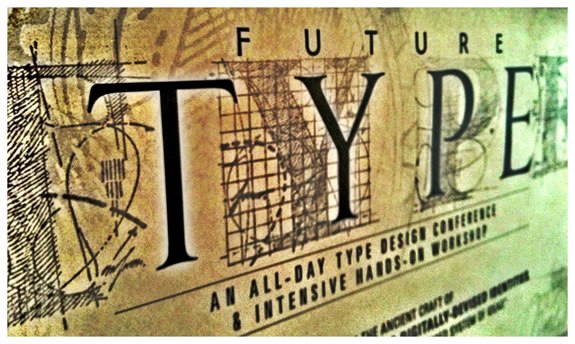 As in most things, I really never knew what I was doing, merely experimenting and exploring.

Even this two-sided 1985 Bloomingdale’s bag was completely made by hand with no real principle of a higher positioning than doing something full of color, magic and energy. 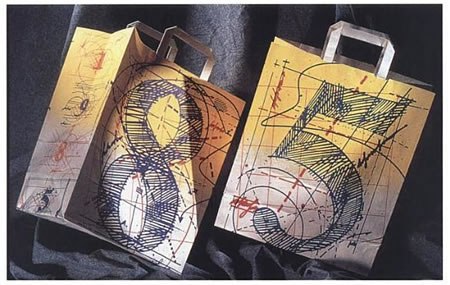 Magical design
plays both sides,
to the hidden geometry of drawings —
sigils and angelic and demonic seals and charts —
worldwide, for 5000 years —
have played to a geometric interpretation;
these incantations are
maps, magic words, symbols and channels
from one domain to another —
inter-planar messaging and calls,
voicing hidden codes and portal openings.
And in drawing these mysterious coded geometric overlays on
the magic of the letterforms themselves,
I delve there.
Still.

IN THE PERFECTED LETTER,
DEATH, BE COMES —
what is gone, might be. 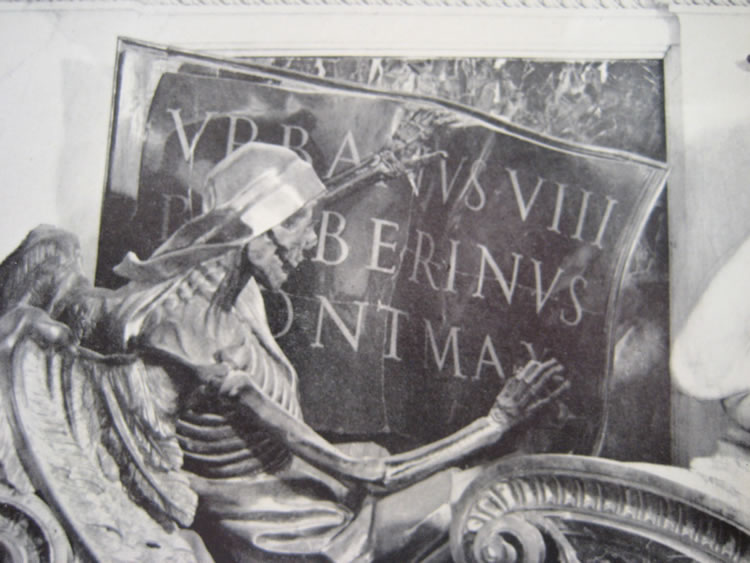 THE SCENT OF WOOD: THE ART OF SPLIT TIMBER

AND THE PERFUME OF ITS MAKING THE DARK RESINS OF FIRE AND WOOD — AND THE TRANSFORMATIONS OF PITCH, BURNING, ASH AND THE INCENSED DUST OF FRAGRANCE. I live and dream in the forest — an old sitka grove out on the coast, washed in fog from the sea. Perfume is a way of life…

THE LEGENDARY SYMBOLISM OF THE HATCH MARK, THE HASH TAG, HATCHING STROKES AND THE UBIQUITOUS # DESIGN THINKING, ARCHETYPES AND ALLEGORY. In a manner, this speaks to the symbolism of place, that was just my journey this past week in Boise, ID — talking then to the Boise AdFed group at a luncheon encounter about…
We use cookies on our website to give you the best experience on our website. By clicking “Accept”, you consent to the use of ALL the cookies.
Do not sell my personal information.
Cookie SettingsAccept
Manage consent