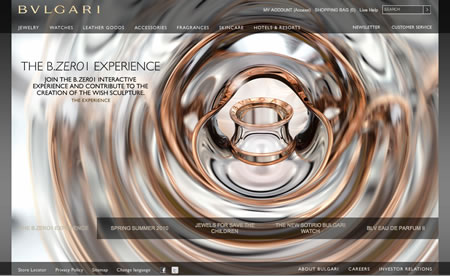 I had an experience in working with the fragrance group at Bulgari, along with another friend, an executive marketing partner there, that moved on to build the brand Gilt.

Recently, the concept of exploring the art of jewelry and its relationship to brand has come into increasing study at Girvin, in relationship to a client from India. Jewelry is an ancient tradition, stretching back to four millennia; the idea of adornment with precious metals and colored stones and other materials is one that is fraught with fabulous history. I couldn’t hope to offer anything in the way of new content on that front, but more can be explored here.

The concept of aligning designers with jewelry, as well, is familiar — ranging from designers like Louis Comfort Tiffany, in his creative efforts in his own studio, Tiffany & Co., as well as later attachments like Paloma Picasso and Elsa Peretti. Gehry and Schlumberger, notwithstanding, the concept of jewelry brands linking to designers is common — but what is the strategy in linking design, art, to jewelry as distinct to human brands? Legacy? Distinction? Relevance and resonance of work? All of these. 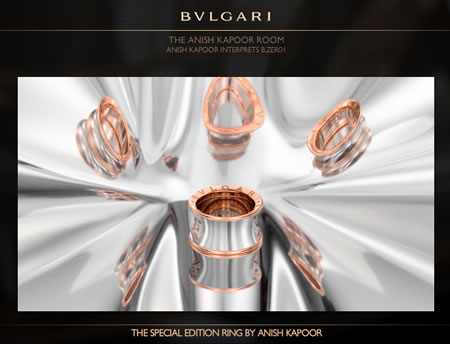 But the alignment with Anish Kapoor and Bulgari is intriguing. Kapoor is known for work of phenomenal scale, and earlier I’ve made some notes about Kapoor’s creative heritage. Just a range, to reference, might be: 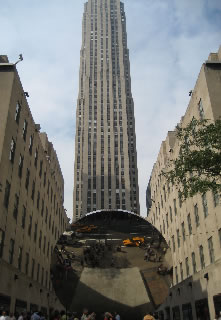 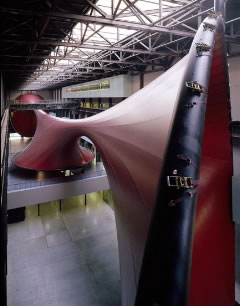 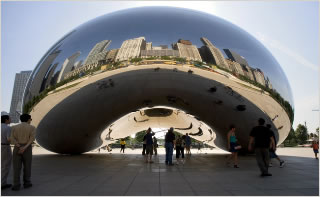 Bulgari has teamed with an artistic presence in a particularly unique manner. As described by ArtInfo, “Anish Kapoor has referred to the towering, gleaming steel sculptures he creates as “voids,” and the same could describe his latest, much-smaller-scaled project — a ring for Bulgari on the occasion of its coveted B.zero1 collection’s 10th anniversary.

To riff on the iconic jewelry series, which is defined by cylindrical bands sandwiched between two logo-engraved rings, Kapoor has designed a small band of reflective steel set between two pink-gold rims. (As one of the world’s wealthiest artists, it’s no surprise that he knows his way around the finer things.) 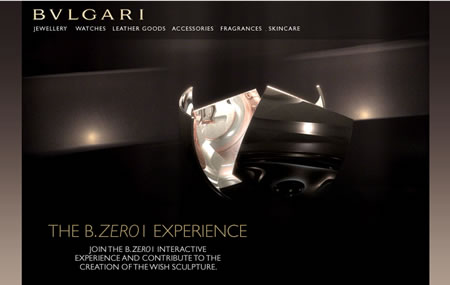 In the London-based artist’s massive public commissions, the space surrounding the artwork’s physical structure is emphatically brought to the fore — not merely as negative space, but as sensory experience. Though the ring may not provide the same heady sensation, its shape will serve as the basis for an additional inspiring project: Kapoor, who is currently the subject of retrospective at the Guggenheim Bilbao, will create a sculpture related to the Bulgari collaboration that will be auctioned off this spring, with the proceeds benefiting Save the Children’s “Rewrite the Future” campaign.”

The ring, symbolically aligned to the sculpture treatment. 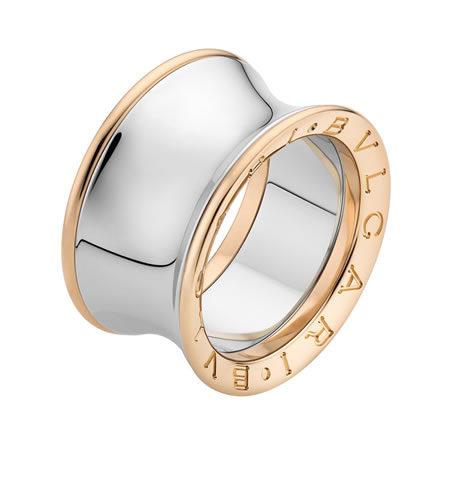 The Experience Room | Sculpture at Bulgari.com. 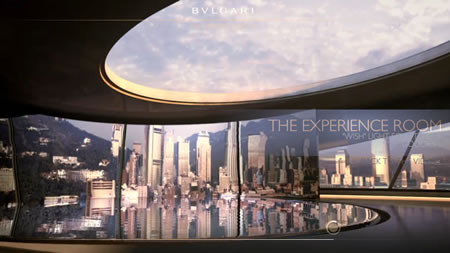 The point might be a sheer innovation of collaboration, but strategically, Bulgari, which has expanded its line of offerings even to include hotels and resorts, as a unique proposition in play that pushes the realm of luxury, design and charitable giving to another realm. To explore more, link to Bulgari. 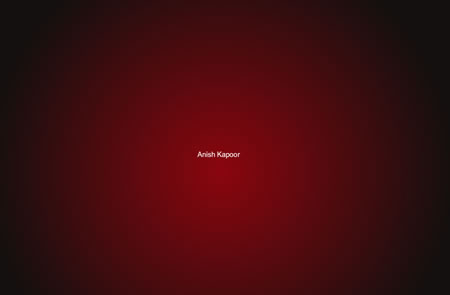 Examining Vehicles and Brand Placement Automobiles represent a fabulous concretion of brands synchronized to complex emotional and value constructs. Cars contain far more than conventional brands, they are emotive in the context of containment. They exemplify a sense of positioning, character, self esteem and personal brand positioning. For many, the car is the person, the…

Ermenegildo Zegna's Vellus Aureum Luxury strategies and authentic truth. Making things by hand is a disappearing legacy. And even to the concept of the most luxurious, the idea of an object being completely handmade is a vanishing tradition. The concept of design and the handmade -- one, being a "designer," and another being a maker…
We use cookies on our website to give you the best experience on our website. By clicking “Accept”, you consent to the use of ALL the cookies.
Do not sell my personal information.
Cookie SettingsAccept
Manage consent