Apple is the most valuable company in history 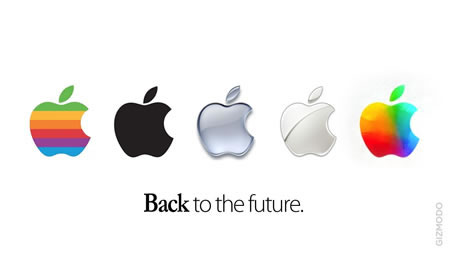 How did that happen? 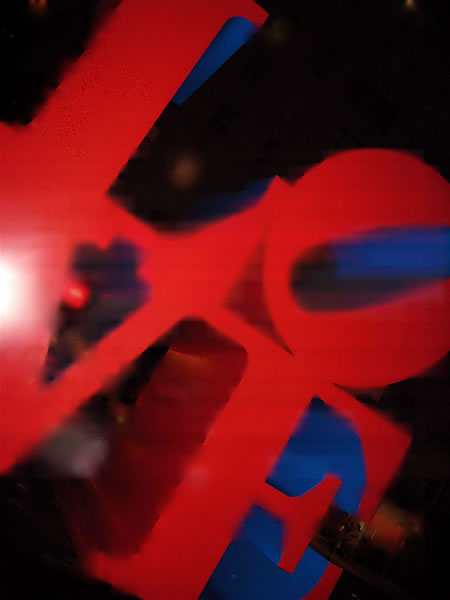 The best brands in the world move past the nature of conventional commerce relationships, it’s far beyond mere exchange of cash and product; it’s emotional and exhilarated — they are, like other love brands, engaged and embraced, and, as one Apple evangelist shouted — percolating enchantment.

Love is the most deeply valuable positioning any brand could hope for. It’s a psychic positioning. Another colleague points out that Apple is perhaps the only technology brand that truly understood the emotional interface — that ultimately the winning strategy is: any technology will be about its relationship to, or service of, human kind. Apple drove and ignited the human[ized] brand — from Stephen Jobs to its audiences as a interlinked and interlaced conception. In that manner, it might be said that every user is the spirit of Steve Jobs — inquisitive, exploring, examining, inventively and enthusiastically loving the brand, the fire itself. And the other component relates to the notion of the interchangeability from the Apple interface, to the user interface — what one might call the Apple | Human UX — they play with each other, live around each other, they interlace — and in the end, they become one.

Which might be said one of the power visions of Mr. Jobs — speaking and creating solutions that move beyond the known positioning of the consumer use, beyond what they might expect, or “know that they need” — and in Jobs’s parlance, to give them something unexpected that mixes dreams, ideas, opportunities and creative presence. People are what they are — with Apple, their “are-ness” can become “more-ness.” 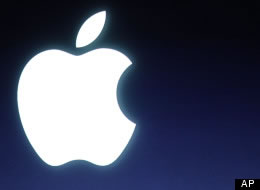 On Monday, Apple’s surging stock propelled the company’s value to $624 billion, the world’s highest, ever. It beat the record for market capitalization set by Microsoft Corp. in the heady days of the Internet boom.

After a four-month dip, Apple’s stock has hit new highs recently because of optimism around what is believed to be the impending launch of the iPhone 5, and possibly a smaller, cheaper iPad.

Apple Inc. has been the world’s most valuable company since the end of last year. It’s now worth 54 percent more than No. 2 Exxon Mobil Corp.

The comparison to Microsoft does not take inflation into account. In inflation-adjusted dollars, the software giant was worth about $850 billion on Dec. 30, 1999. Microsoft is now worth $257 billion.

Analysts believe Apple’s stock has room to grow. The average price target of 38 analysts polled by FactSet is $745.80.

Despite the surge, Apple’s stock is not particularly expensive compared to its earnings for the last twelve months. The company’s “price-to-earnings ratio” is 15.6, compared with 16.1 for the S&P 500 overall. That suggests investors, unlike analysts, don’t believe the company can grow its profits much from current levels. 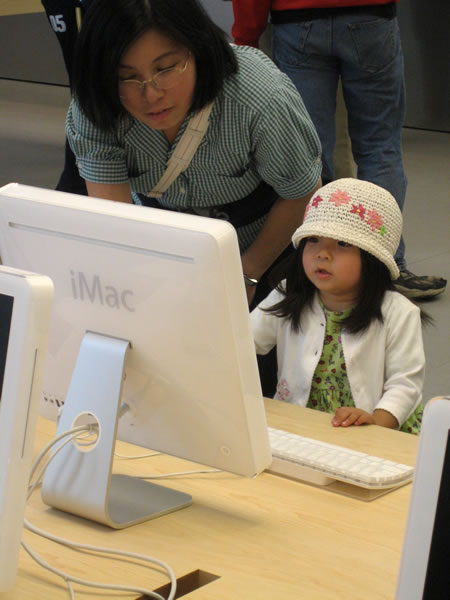 Microsoft had a price-to-earnings ratio of 83 at the 1999 peak. The stock was caught up in the Internet mania of the time and investors believed it could boost its future earnings massively.

Analysts believe the launch of a new iPhone in a month or two will be Apple’s biggest product introduction yet.

Scott Sutherland at Wedbush Morgan noted that some investors sold Apple shares last summer, when iPhone sales slowed down as consumers started holding off for the new model. Those investors missed out on a 50 percent jump in the stock price.

“This time around, investors are a little bit smarter across the board … they don’t want to be caught not involved in the stock on this next iPhone launch,” Sutherland said.

Analysts also speculate that a “mini iPad,” could expand the number of people who can afford one of Apple’s tablets. The cheapest iPad cost $399, compared to $199 for the latest Google and Amazon tablets.

Analysts are speculating _based on rumors_ that Apple plans to make a TV set to complete its suite of consumer electronics products.

Apple usually doesn’t comment on its future product plans until a few weeks or days before a launch.

Apple’s stock surge has made it a major part of many investment portfolios, often without the investors realizing it. The company makes up 4.7 percent of the value of the S&P 500 index, which is used as the basis for many mutual funds.

Figures supplied by FactSet imply Microsoft’s market capitalization record was $619.25 billion, somewhat lower than the $620.58 billion calculated by S&P. The difference lies in the number of outstanding shares the firms ascribe to Microsoft at the time.

China’s largest oil company, PetroChina, could lay claim to having hit a market capitalization even higher than Apple’s, because of the particularities of the Chinese stock market.

PetroChina was briefly worth $1 trillion after it listed on the Shanghai stock exchange in 2007, but only based on its price on that exchange, which is isolated from the rest of the financial world because of Chinese laws on foreign investment. PetroChina’s shares also trade in Hong Kong and on the New York Stock Exchange. Based on prices there, its market capitalization never went as high as $500 billion.

By coincidence, the peak price for one Apple share is now less than $2 away from the retail price of the Apple I computer in 1976. It sold for $666.66.

Rethinking rethinking -- and the cycle of innovation -- finding wowness. What is life but a string of refreshments -- a discovering: a way of seeing, momentarily -- a challenge, a cast-out idea, a gesture to newness, wowness as the surprised state of the being remade -- as a new proposition of potential? Watching innovation,…

Marvin Traub and Bloomingdale's Girvin's 1985 2-sided shopping bag for Bloomingdale's The height of retail branding | Girvin, John Jay, the 1980's. Campaign Theme Design as a Form of Integrated Retail Experience THE DEATH OF MARVIN TRAUB | 22 YEARS CEO+PRESIDENT OF BLOOMINGDALE'S A couple of weeks back, the blazing tornado of retail magic, on…
We use cookies on our website to give you the best experience on our website. By clicking “Accept”, you consent to the use of ALL the cookies.
Do not sell my personal information.
Cookie SettingsAccept
Manage consent