Sometimes there’s a sense that we look at a brand one way, and there’s a potential for it to be tipped another way; and that can be a good thing. We need to be ready for that, mind full of tipping spaces that will transcend or evolve expression to a market. But I suppose that tipping can be a bad thing too, if the tipping is something that isn’t about a positive new take on what a brand does, or offers.
—-
Did you happen to see this reference for Capezio? 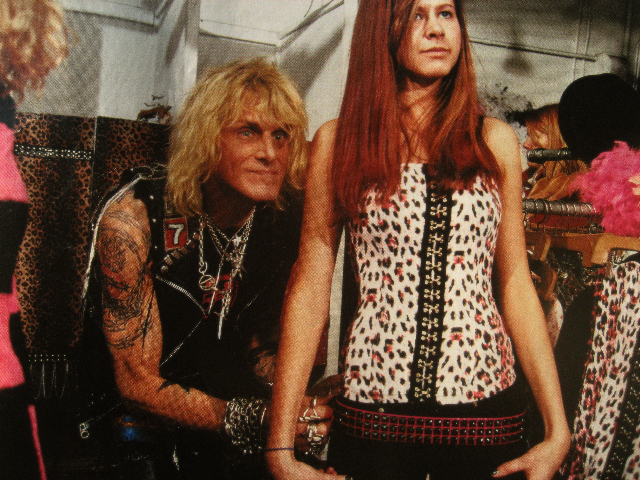 A job in punk heaven

“Not long ago, a woman from Brooklyn named Shavonne wanted a catsuit to wear to a costume party. She went to Trash and Vaudville, a clothing store in the East Village and spoke to Jimmy Webb, a salesman. “I don’t have catsuits,” Webb told her. ‘No one’s the same across the shoulders and chest,’ he said, tracing the wings of her collarbone with his finger. ‘Catsuits have to fit perfectly, and they’re expensive.’ Webb is also the store’s buyer…
Shavonne was disappointed. “Here’s what you do,” Webb told her. ‘You go to Capezio, on Broadway, and buy a Unitard’…”

There’s more, but you get the point.

Here’s an interesting cross “leverage” in the notion of what Capezio stands for. And of course, there’s something there to the concept of how we should be thinking about Capezio; it’s more to the spirit of dance, creativity and serving that to whatever level might be required — or offered — and understanding that.

In a way, I believe that finding a new brand insight, offered through a vehicle of this scale, is worth taking notice. For me, it says:

Capezio is a cool place for cool things.
It’s visible as a retail experience in a power lane – Broadway (and yes, we know dancers know that, but what about everyone else?)
Capezio is about the art of changing your Self — you can be something else, something that you want to be and dream about (and you don’t have to be a dancer alone).

Just a reference. Gotta listen to what you hear. Here…

Okay, so I've been busy, and trying to fill out the remaining days has taken time. Days, right? Daze, right? Like a week or so, really. And there's more, too. More learnings -- and of course, so much more learning that it took me a couple of daze to actually compile the thinking and overview.…

The last day was that last tango with the minds of the wildly ranging talent that is TED. More adventures, more risk, more exposures. And it's all about that risk. Exploding the trust of what you are, what you can be. That might be a thread -- breaking the edge of where you can go…
We use cookies on our website to give you the best experience on our website. By clicking “Accept”, you consent to the use of ALL the cookies.
Do not sell my personal information.
Cookie SettingsAccept
Manage consent