Brand Instinct: The human sense of connection in community 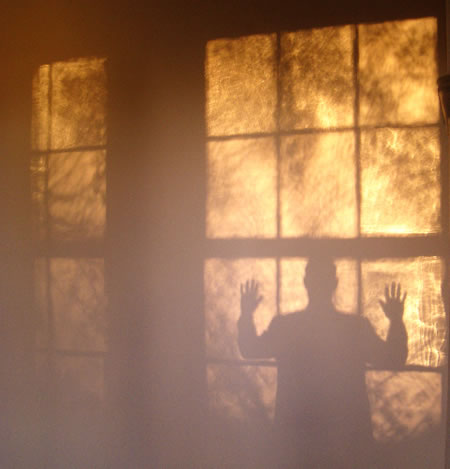 Studying the context of intuition in branding

When we’ve had the opportunity to explore the notions of testing — locally, nationally, internationally, even in micro-community and localized interceptions — it’s interesting to consider what is sensed, in the testing, in advance of the testing process and proposition of likely outcomes. Countless times, in working with small brands (and more so, massive ones), there’s a positioning oftentimes in the brand team that “we know what’s going to be said, we just want to be sure”.

I wonder if there’s more to it than that. The etymology of the word presupposes the sidereal conception of alignment; it’s a con-sideration, a study of looking, close observations, seeing in | out. Consideration, actually, it’s more profound: 1375, from Old French considerer, from Latin considerare “to look at closely, observe,” lit. “to observe the stars,” from com-“with” + sidus (gen. sideris) “constellation.” Perhaps a metaphor from navigation, but more likely reflecting Roman obsession with divination by astrology. There are two added levels of examination, at least to the way I tend to think about things; one, the heart of intuition; and two, the noumenon — which is focused on a more cognitive positioning of comprehension. From the 15th century, around 1497, from Middle French intuition, from Late Latin intuitionem (nom. intuitio) “a looking at, consideration,” from the Latin intuitus, pp. of intueri “look at, consider,” from in- “at, on” + tueri “to look at, watch over”. That, of course, to intuition is the inward heart expanding there — tuition. To instinct, there is the tutor. From 1436, “protection, care, custody,” from Anglo-French tuycioun (1292), from Old French tuicion “guardianship,” from the Latin tuitionem (nom. tuitio) “a looking after, defense, guardianship,” from tuitus, pp. of tueri “to look after” (see tutor). Meaning “action or business of teaching pupils” is recorded from 1582. What I’m seeing is the foundation of instinct, the realm of intuition — it’s listening to the teaching that you hold, gathered, yourself. Your self.

Your sense reaches out: 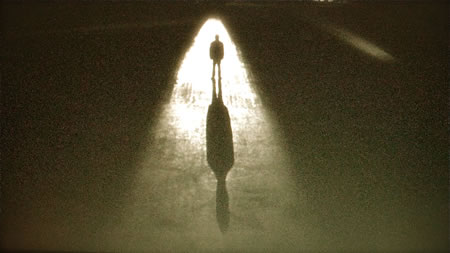 You’re gathering the bigger insights of years of exploring reaction — action | reaction; and you build premises of perception from that front. Malcolm Gladwell agrees, of course. A comment, there. Of course, there’s Gladwell’s commentary, himself, about the power of intuition. Except, of course, that he doesn’t like that idea, that word: intuition. As he points out the absolute absence of intuition in his landmark book — Blink:

“You could also say that it’s a book about intuition, except that I don’t like that word. In fact it never appears in “Blink.” Intuition strikes me as a concept we use to describe emotional reactions, gut feelings–thoughts and impressions that don’t seem entirely rational. But I think that what goes on in that first two seconds is perfectly rational. It’s thinking–its just thinking that moves a little faster and operates a little more mysteriously than the kind of deliberate, conscious decision-making that we usually associate with “thinking.” In “Blink” I’m trying to understand those two seconds. What is going on inside our heads when we engage in rapid cognition? When are snap judgments good and when are they not? What kinds of things can we do to make our powers of rapid cognition better?”

To my thinking, it works better to the construct of brand analyses and relational dialogue because it’s about learning — it’s presuming a progressive teaching. As contrary to his etymological framing, intuition is entirely about teaching, and thinking, and learning. And in our approach to brand work, we’re linking into the place of instinctual reactiveness, in the instant impression of quick — deeply thought, deeply trained, deeply learned — cognitive response.

To the nature of the human brand, it’s my thinking that leadership is guided by instinct — in virtually every human brand story I’ve told, it’s the intrinsic sense (of the moment) of the founding leader that builds the brand story. And hopefully, to the context of the link noted, it’s about truth, not fabrication.

It comes from the heart. When it comes to even more impactful senses of experience, like the dizzying impression of emerging danger, that heart signals deep prescience. Larry Gonzales, for example, has made a study of the reasons why the impact of instinct reaches to survival. He learned as a child that his father, a World War II pilot, survived a blast from German anti-aircraft guns and an extraordinary fall from the sky. He grew obsessed with the implications of survival — how, to example, it works; and he looked for, as well, ways to test his own risky, even daredevil, feats. In 2003 he published “Deep Survival”.

Gonzales examined hundreds of accident reports trying to understand why — in a crisis — some people prevail while others die. To reference, why would a 4-year-old lost in the woods for several days live, while a skilled hunter dies in a single night? Gonzales concluded, it is never merely “what’s in your pack that separates the quick from the dead. It’s not even what’s in your mind … it’s what’s in your heart.” And the idea of heart = mind alignments isn’t far from the truth.

Shannon Firth writes about that alliance:

“According to Encyclopedia Britannica, the brain’s “emotional centre”, the midbrain, comprises the amygdala, hippocampus, hypothalamus, thalamus and pineal gland.

The brain receives sensory input via the thalamus, which then transmits information through two pathways to the amygdala, described as the “alarm system,” and the neo-cortex. According to the Web site Actual Freedom, which cites scientist Joseph LeDoux’s studies on fear, input reaches the amygdala in half the time it takes to reach the neo-cortex, though the difference is seemingly minute: 12 and 25 milliseconds respectively.
What this means, according to the article, is that the brain reacts to a dangerous situation before having “cognitive awareness” of that danger, and our feeling of fear comes “a split-second later.” Think of driving a car; in a dangerous situation, a driver will brake automatically before processing the reason for the danger. The article explains the speed and power of the primitive brain’s response “is precisely why instinctual reactions and the resulting instinctual passions are ultimately so hard to keep in control.”
The opening intrigue, for me, to this exploration, came from the concepts of instinctual reaction to stimuli, then followed by what relevance this might have in brand experience. The US military, interestingly enough, has been examining how the mind reacts to these circumstances — sight, sense and content in response. And the idea of nearly psychic framing of insight has been studied and even patented, by others — as I’ve referenced in our experience working with the outcomes of Zaltman’s paradigm.

To a telling in the NYTimes — in Mosul Iraq, seeing two young boys seated in the back of a hot car with the windows up, one of Sergeant Edward Tierney’s soldiers asked permission to move forward and offer the boys water.

“I said no—no,” Sergeant Tierney told The New York Times in a phone interview. And then for no identifiable reason, he retreated. Within moments a bomb exploded and shrapnel was flying, scratching the face of the soldier who’d made the request. Fortunately, Tierney said, none of his men were very badly injured; however he said the boys in the car were “almost certainly” killed. Tierney recalled, “I just had that feeling you have when you walk out of the house and know you forgot something—you got your keys, it’s not that—and need a few moments to figure out what it is.”

In a way, the reach here is that any great brand manager, practicing designer or founding leadership will live in the heart of the brand — they are the brand; they will have the sentience of consciousness that will activate and empower the sense of what is right and true and what falls outside the scope of resonance. And like an alarm going off, to the latter part of the overview, will know what appropriately links to an audience. Gut instinct is very hard to quantify — hence, the ongoing need for research, to confirm, as well offer new lessons, to the sense of appropriateness in brand ventures. The idea, as noted above, of aligning the concept of death instinct, or the sensing of danger — for brands — isn’t out of alignment, given the times…

Human brands live in the space of instinct — whether it’s Steve Jobs visioning of the power of the iPod, or Tom Ford’s sense about what might be missing in the market — something that he personally felt was an opening to be filled, the premise remains the same. And, as brand advocates, we too must live there, to work instinctually. We are either in, and care, or out — and disconnected from the purported community of pursuit in relationship development.

What’s in the heart? What song is true, for you — what’s your sense, to what’s right, right now? What’s the story and who cares about it?

The human brand: a ring of commitment, living engaged, impassioned work and love. And my Mother.

Exploring the conceptions of love, commitment to vision, work and the life long pursuit of something meaning full. In acknowledgment of my Mother's birthday, today, at 80 times around the sun. I've been working on a human brand study of Richard Avedon; but, like most of my blogs, they take a fair amount of time,…

Exploring the construct of brand, community, enterprise and the work that we do. I've been a designer for a long time; and working in the creative space is in my blood. My mother was a painter, an artist in every sense of the world, the word. My father is a farmer, a physician, a tree…
We use cookies on our website to give you the best experience on our website. By clicking “Accept”, you consent to the use of ALL the cookies.
Do not sell my personal information.
Cookie SettingsAccept
Manage consent