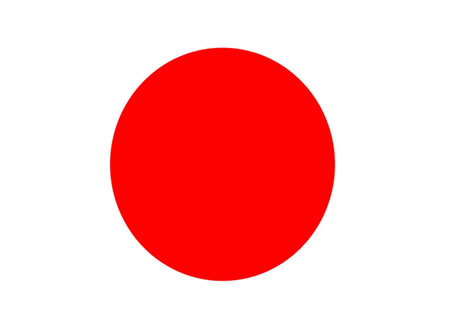 Working as a designer in Japan in the 80s, then the 90s, lead me to some extraordinary explorations, from the height of Japanese corporate design and the supremely modernistic sense of visualization and strategy, to the wabi sabi of centuries old Buddhist compounds and monasteries, to sharing stories with Japanese businessmen, at all hours of the late night and early morning bar hopping, to sitting and chatting with old fishermen and farmers in the future outreaches of the Japanese countryside.

The concept of story, cultural values, spirit principles and brand is deeply embedded in the heritage of Japanese strategy — and this sensitivity oftentimes informed the most serious of corporate business tactics. Still, Japan has inherently and consistently molded the brand development programs of the West with its own practices of cultural sensitivity. In working with top designers and brand strategists, for the highest ranked kabushiki gaisha I found ideas of development that were both comprehensible and relevant, to senses of design planning that were distinctly flavored with nihon character. This shift in stylistic legacy relates in part to the principle of heritage and family, since many of the most powerful brands of Japan are in fact ancient family associations — even samurai and commerce class legacies for hundreds of years. In Japan the use of crests (mon) is not, however, a privilege confined to persons of quality and distinction alone – anyone many have one. Unique, beautiful graphic symbols are the traditional Japanese “family crests” that are deeply rooted in the life of the Japanese people. Many families have their own crests handed down from generation to generation of the female members of a family, even after marriage, a woman was privileged to use her mother’s crest — for decoration, equipage or their own distinct storytelling in memory.

This idea of identity is no “dead” cultural heritage. Family crests continue to play an important role in the complex Japanese society of today in many varied ways. The patterned principles of application are based on centuries-old family crests are often — in the explication of their heritage — are used as company symbols, trademarks, or as central themes for commerical posters and promotional productions.

To gather a sense of the length of application, it’s worthy to note that Japanese crests and their development goes back to the 11th century when warriors started affixing flags and symbolic signs to their banners on the battlefield. Given their bloody, hard fought expression, after the battle and the warrior classes return home, they continued to use the signs as distinguishing marks of their families.

In later, peaceful times, the crest was worn as it still is, on the Japanese outer garment or kimono, in five places at the back of the neck, on each sleeves and each breast. Alternatively, sometimes only in three places – on the back and sleeves. The patterning application, the material for the kimono is dyed, a stencil of the crest is pasted on it and appears in white on the finished kimono. The implications of brand — and the family crest — marked many of the family possessions, such as their lacquerware, their traveling cases, rickshas, personal accouterments. Products followed — and similarly marked, to expand on provenance and family story in history.

There are about 200 basic crests and nearly 4,000 variations — and these are in many cases naturalistic in origin, based mostly on the designs of flowers, birds and animals. Other “product” expressions, like saké, textiles, metalwork, tools came to become “family brands.” The highest level of “brand mark”, in Japan — the most famous among the myriad of family crests still in use is the one having a 16-petalled chrysanthemum as its design — reserved as the emblem of the Imperial Family. 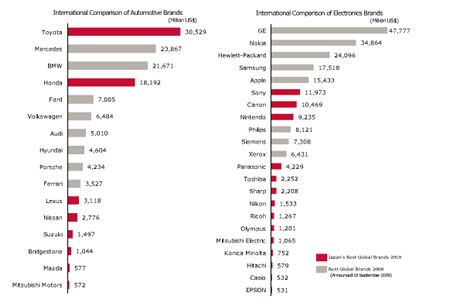 Still, even with this fascinating history, the idea of Japan Brands, Inc. has undergone serious challenges of late — particularly in the difficulties of Toyota. It’s been pointed out that there is a discrepancy, over the course of the last decade, that has emphasized production and quota over the sensitivity of brand in story for consumer relationships.

The drive to produce more — and more — has drawn resources away from other areas of corporate activity, with brand management one of the more significant areas of inattention. With all the classic Japanese household names, brand value in Japan is surprisingly low. Only seven Japanese brands appear in the Interbrand Global 100. An ironic component of recent events is that Toyota, which accounts for two of those seven brands (Toyota and Lexus), is one of the few Japanese companies to have had a strong brand. Empowered brand value is shown in both earnings growth and share price performance, with “Toyota one of only a handful of Japanese shares to hit all-time highs in the past five years. However, recent events have suggested that Toyota’s brand is not as robust as management believed. Interbrand puts Toyota’s brand value to sales at 16 per cent, half that of BMW’s and below either Honda or Daimler, and roughly where it has been for a decade.” 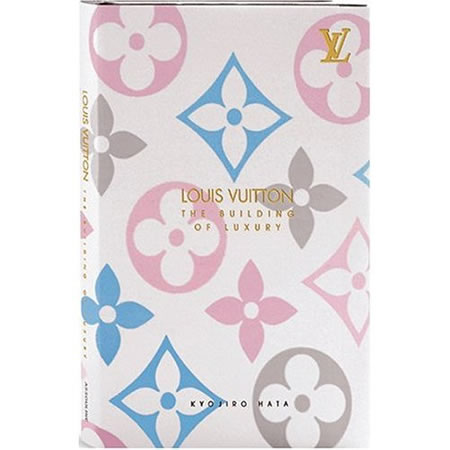 What I find interesting is the nature of the Japanese love of “other brands” — gaijin brando — and the challenges, now, for their own brand culture. In working on western brands, converted to eastern brands — the interest and acceptance of remote brand propositions, from Seattle’s Best Coffee, to Louis Vuitton, the fascination with buying westernized objects — from the commonplace to the luxurious are compelling case studies in international marketing.

Still, in every instance, from Starbucks coffee culture to brand leaping and class jumping in the acquisition of branded luxury items, there is a necessity to build a special character that gestures to the inherent character of Japanese sensibilities. That works one way, but can the Japanese build that selfsame strategy for application to their own products and branded expressions? Kyocera, which found itself unable to translate a reputation for quality products in one area into sales in another, built their “One Company” campaign, which has engendered change. The brand is moving up the rankings. According to the Financial Times, “Kyocera has been able to allocate resources to branding, having slashed capex – from Y90bn in 2005 to about Y40bn this year.”

It is going to take more than single strategic shifts to holistically alter the Japanese marketplace, which is why the bellwether company for study is Sony. For the last 10 years, its challenges have come to symbolize Japan’s decline to “also-ran” status. The global financial crisis, which brought the company to its knees, “appears to have kickstarted a revolution in the group. Capex is being slashed, production is being outsourced to Taiwanese firms such as Compal, and a refocus on branding is taking place. It is a little too early to judge whether the rebranding is a success, but investors are going with it. Since the start of the year, Sony’s share price is up 15 per cent.” (Pelham Smithers) “Japanese companies are taking note. If they follow suit and execute successfully, corporate Japan may finally break out of its low-margin malaise and with it trigger sustainable interest in the equity market.”

The nature of that return will be a renewal of the love of the brand — which, in a way, relates to the heritage of what brand storytelling, even familial alignment, can bring in building the legacy of brand, emotional resonance and market relevance to renewed heights of authentic connectivity. 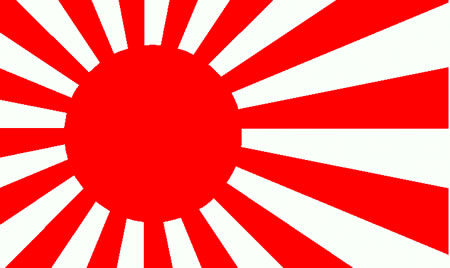 Exploring the signature, brand story, the drawn line and den röda tråden I was working in Sweden, last week, with the CEO of a remarkable company, Hästens, and our discussions ranged around the nature of human experience -- from the spirit of sleep, rest and recovery, deep solace and quietude in the brand sentience of…

Finding Brand Soul | Seeking the heart of the brand experience

Brand core: what lies within? The idea of finding the soul of the brand is something that many might immediately chafe against, or laugh out loud -- the sheer presumption: brand = soul. But I'm finding that this is increasingly the place in which Girvin works, as well as the special exploration that I consider,…
We use cookies on our website to give you the best experience on our website. By clicking “Accept”, you consent to the use of ALL the cookies.
Do not sell my personal information.
Cookie SettingsAccept
Manage consent