A CLOUD OF MINDS, CROWDSOURCING IDEAS, INNOVATIONS AND DIRECTION: 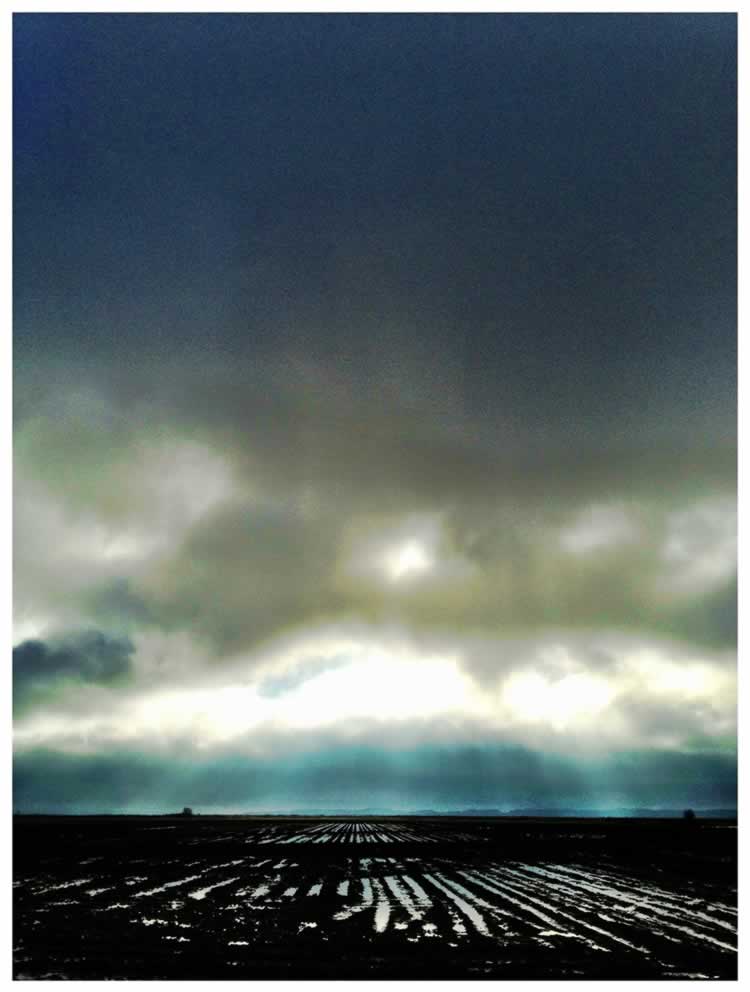 CUMULARITY AND MUSICALITY:
THE THUNDERSTORM OF MINDS,
A MUSICAL WHORLING
TOWARDS THE NEW: 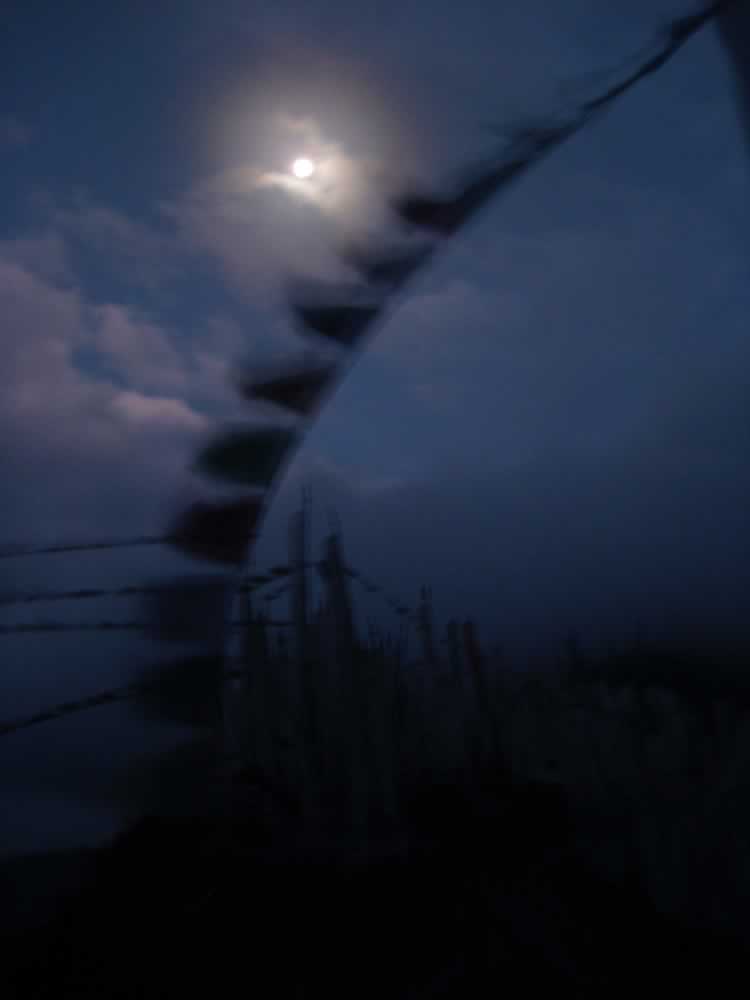 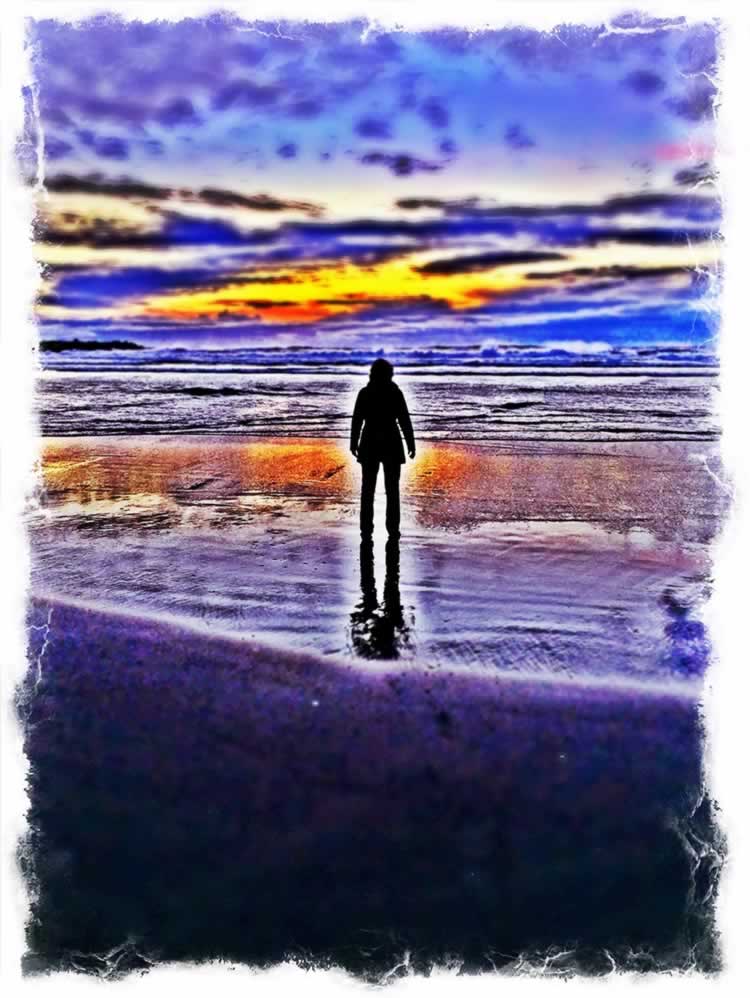 You get out there, get in, dig down, work into the deep in finding the new.
There is light on the horizon.

As anyone that knows me knows,
I tend to think about everything symbolically:
an idea is a poem—it’s chant, a song, it’s laden with allegory—a brand is the flame of one person’s ideas and inspirations, the power of that opening—the one, becomes the many.
One story told—shared—could become many. 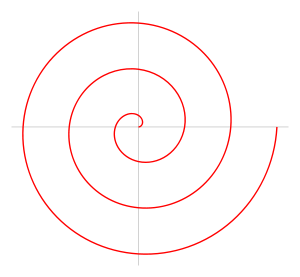 One brand song could spring out into a spiraliform set of messages, sounds, notes and revelry.

Stephen Darland and I built a cause célèbre for Definitive Audio, in Seattle, a campaign that played around another gathering—the deeper sounds of music and what that means in cultural context. Music is designed—it’s distinguished from noise.

Why frame that here? 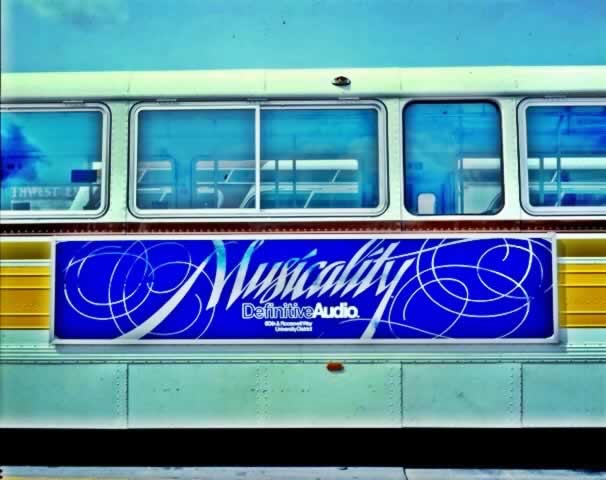 Musicality.
The intermingling of notes, material, textuality and structure require an interlaying, that interplay—opened up, becomes a whorl—and it extends, goes out, searches, spirals out to as a galaxial reach. People are there—workshopping ideas—they assemble and disassemble like stars, they whorl and whirl, sparkle and dwindle. It reminds me—cloud calligraphy—curling and whirling, vaulting o’er wild and yore—new ideas, played out.

Over time, what I’ve found is that people work together seamlessly. They synchronize, loom-in, weft and warp into the ideas and directions—then wander. They are tightly adhered and then unglue from their teams—even purported principles of alignment—they unfurl, come back: then cohere again. 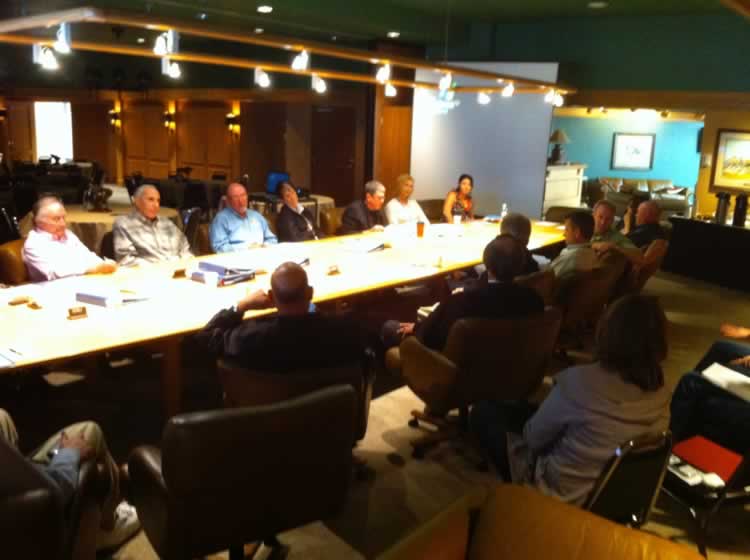 Human minds are like fog, a mist that reshapes in the wind.

Working with them, we get somewhere, then the wind shifts and something new happens.
But such is the way of things—gathering ideas from the mist, the cloud mind—that then becomes a newly evolved coherence. From the mist comes something—the cloud mind of ideas shifts to that one thing that can be completely unexpected, a new realization—seeing through the fog to something new.
Which is, can be:
s u r p r i s e.

Working through an arena, what was once clear might become amorphous—that surprising discovery might be where the real insights of innovation and come like rain—and all can see through again. People stick together, change their minds, Mist and collective examination of the mystery of ideas

The Cloud mind: the metaphor of fluent vapor — the clouded allegory in the context of computing, burgeoning creative, a multiplicity of minds: amassed.

The mist beckons, long back I came on this word,
cumularity, and I come back to it—again and again: a gain—
studying the mind, the cloud, the grouping—
the clumping—
of ideations.

And yes, this comes from here: an obscure and
difficult Cambridge document on philosophy: 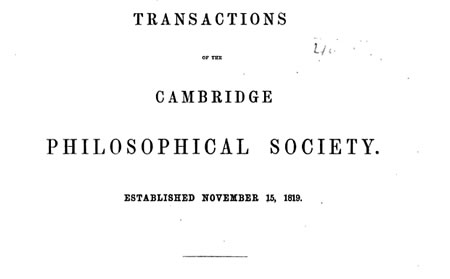 1819, said:
“A person using cumular language would say that a universal negative is upset not only by predication of all, but of some; he would never say that “none are” is contradicted by “all are” and also by “some one is”; he would certainly find intermediate room for the indefinite plural some.”
DE MORGAN, “ON THE SYLLOGISM” Transactions of the Cambridge Philosophical Society, 1850, pg. 444.

In an Aristotelian retort, what this means is:
that the one, even the “no one“, is some one—
the effect, in advancement, is cumulative.

Nothing: to one, to many—with one, there is one, with many, there are more—many-minds in the clouds, clouds in mind.

I ascribe to the visualization and imagining of metaphors.

I savor thinking metaphorically, skirting the surface, heading for what’s beneath. I look at words, look into their history of use—the why of their way to meaning.

And meaning is—
“what do you mean?”
Which is—the deeper context: “what’s in your mind?”
More to many.

Cloud computing presumes that massing clouded [clumped or cumular] computing networks, like a rising storm, builds vast computational/processing > consumer relationship enhancement capacities. The Cloud user can do more, because that user has more networked “vapor”, flowing together, to achieve an ever-moving goal.

In the Northwest, cloud computing is a big thing. We’ve got lots of need for it. Bezos is all over the premise — the promise — of cloud(ed) computing; David Sabey‘s been preaching the real estate economics of change in Washington (and building computing cloud centers). There are others emerging, built and planned — here and elsewhere. There’s a spin out there on another power collation, Apple | Google. And Google (and others) talk about the cloud in a bigger, even more abstracted way.

A spellbinding proposition: metaphorical thinking—and, we keep looking to methods to draw it in, draw it deeper. We have been examining that idea of metaphor in brand development for a couple of decades. It reaches to the more poetic side of the question— what does something feel like? A poem is metaphorical, it’s not a precise representation, but an emotional rendering—a metaphor reaches out to the framing of an idea: it ignites inspiration and story in an abstracted construct. And it’s more memorable, because unlike the scientific phrasing of a mission, this plays to sensational action and feelings-worthy direction—and memorability 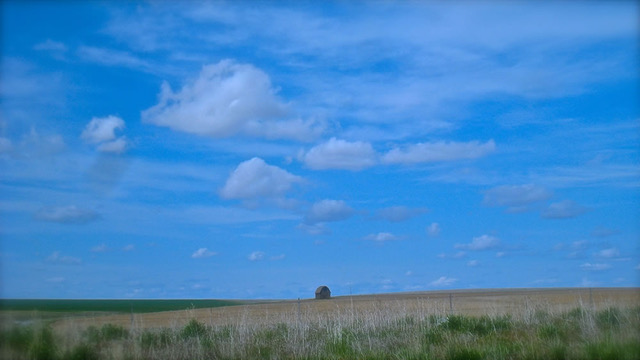 And that’s a question that I find myself increasingly asking—objective strategy or emotional intuition. Science or instinct? Whose science—whose instinct?

Or rather, one that we are asking increasingly—what, in the work that we do, is evinced in the emotionality—the feelingness—of relationship—and the relating—to content. 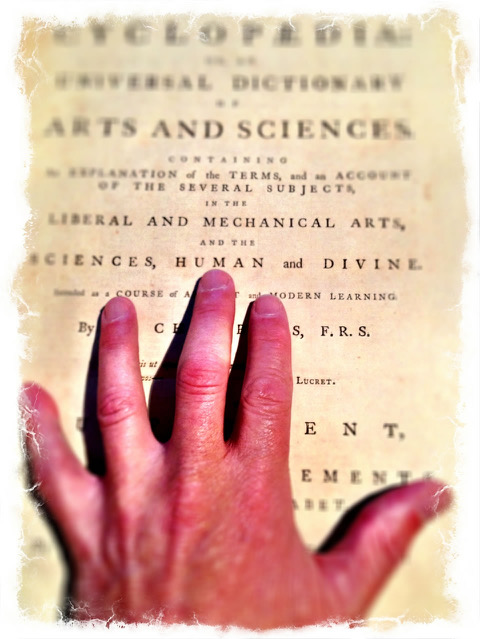 Metaphors, as catalysts, can bridge that equation.
Brand, audience, relatedness.
Therein, the poetry of the cloud, and the thinking on collective mist.

As in The Fog Society: “what do I see, barely there—what’s beyond, what’s concealed that I could see: through?

The fluidity of smoke, the fluency of mist.
What am I sensing here?
What’s being said?

The Empire State Building—
shot from our office on 26th and Broadway, NYC. 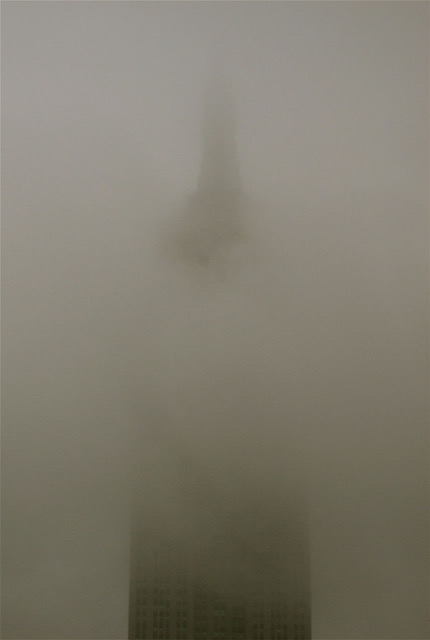 To that end, I’ve been thinking about Amazon and some of the metaphors that are there, inherent in that corporate construct—the work, the meaning, the symbolism. And further, exploring relationships, I’d been working on the concept of Amazon as a metaphor in relationships and community. How organically, the spirit of Amazon is really about the nearly osmotic inter-relatedness between the person>the brand=the brand

That is, if you were to build something that would tell the Amazon story, what would it be? I was working on that — building a conceptual metaphor for the telling of Amazon “stories”, in experience.

Could you design a place that is a metaphor? Yes, we pitched that idea to Bezos.
Wrote that story.

His response to @dacarc? “We’re not interested in places that have people in them.”
That was then—you can ask her if I have the quote right.
What would be a favorite cloud?
There is one in particular: 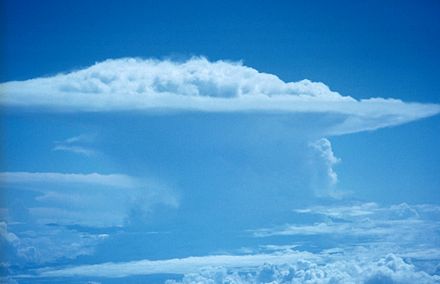 But, speaking allegorically about clouds, what are the layers of content, to their symbolism. Clouds, etymologically, come from clumps; and they’re defined in height and layers. They’ve been called, as well, stones. And the thinking around the meaning of clouds from 500BC—Proto Germanic language, it was *kludas, and O.E. clud “mass of rock,” O.E. [starting in early 400AD] word for “cloud” was weolcan. Cloudy is O.E. cludig (in the rock sense)—and later, by metaphoric extension, 13th century based on the similarity of cumulus clouds and rock masses. Cludig in the water vapor sense, c.1300. Cloudburst (1817, Amer.Eng.) parallels Ger. Wolkenbruch. The imaginary city Cloud Cuckoo Land, built in air, is from Aristophanes’ Nephelokokkygia in “The Birds” (414 B.C.E.). Cloud nine is from the 1950s, American English, of uncertain origin or significance. There was a similar association of cloud no. 7, and some might connect the phrase with the 1896 International Cloud-Atlas, long the basic source for cloud shapes, in which, of the ten cloud types, cloud No. 9, cumulonimbus, was the biggest, puffiest, most comfortable-looking.

In studying clouds, I reached back to the history (of the words, but as well, of their classification); and as well, the notion of cumular formation — the piling of icy, vapored content — or, for that matter, merely “amassment” up “information”: cu⋅mu⋅late, adjective–verb (used with object)

What I’m curious about is the idea of the cloud, the cumular conception, as a metaphor for acquisitive knowledge, team knowledge, the nature of the aggregated human content, the spirit of gathered instinct—the human cloud. 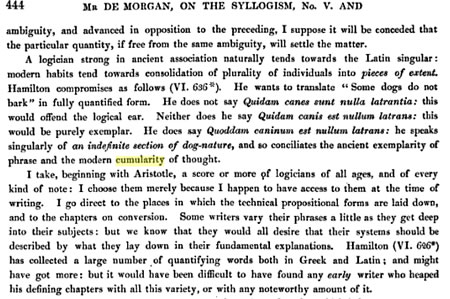 In the beginning, the concept of the brandstorm, the metaphorical “storming” of people on brands and ideals was created in the form of the GIRVIN BrandQuest® as a tool to use that collated [clumped] group mind (fullness).

I don’t think right. I think one way, but that might NOT be the right way to be thinking and acting in solution pathways to the future. There could be other ways: other minds.

I had to, instead, gather many minds.

From the clients that work on the challenge, to the concept of Girvin teams linking into the concept of exploring the challenge and nature of the problem, and where, and how, it might be solved. We’ve got ideas and tools, to cloud talent, and build solution paths, metaphors for how people connect, experience, and stride into brand meaning and community in relationship(s).

Speaking of this, in seeking out expansions on the cloud(ed) metaphor — nimbus, cirrus, stratos the added examinations of cloud mind: cumulus, as noted. 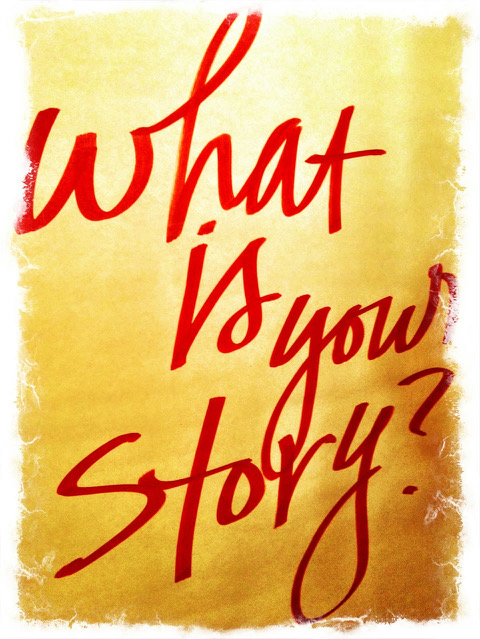 Isn’t that what it’s all about—the story?

IN THE QUEST OF TRAVELING THE WORLD: EXPLORING SPELLS, BINDING AND BRAND MAGIC In an adventure of working around the world, one sees things differently in the layering and context of place. Different cultures approach brands in varying ways—to each, their own way of carrying fire— their brands. I’ve been around the global block for…

WHO ARE YOU? BRANDQUESTING® THE SOUL OF SELF

THE PERSONALIZATION OF BRANDS, THEIR ASSETS AND PRESENCE. HOW DO YOU PRESENT? HOW DO YOU SHOW UP? HOW ARE YOU PRESENT? Has anyone ever spoken to you about showing up? That is—when you show up, what happens? How do you present? In a manner, it all comes down to that proposition—how you present, how you…
We use cookies on our website to give you the best experience on our website. By clicking “Accept”, you consent to the use of ALL the cookies.
Do not sell my personal information.
Cookie SettingsAccept
Manage consent