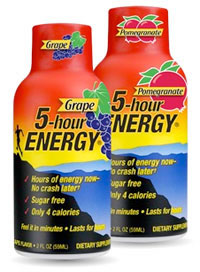 How branding, intuition and distribution built a $300 million product at POP.

Hanging out with increasingly younger people, I’m finding exposure to drinks that, well, I wouldn’t have thought I’d consider drinking in the past. But I have been, not so much for the idea of drinking them for the sake of added energy, but more so, to simply try them.

I’d written earlier, about the idea of energy drinks — that actually have come to the west on the surge of decades of exposure in the east. Earlier in my life, working in Asia, it was the nightly regime to head out drinking, heavily, nearly every night, till the wee hours. Some can hold it, some can’t. I can. Many in the post-party, male-office bonding mode would consider the idea of instant liquid replenishment. Of course, pretty much anything will work. Water, for example. Espresso, all the better.

But, perhaps in the herbal heart of Indonesia, the mystic apothecaries of Java, south east asian pumper upper drinks, the rough Thai kickboxing, all-night driving, common worker fighting drink, surged the opening energy drinks that livened the weakened. Therein, for example, the historical heart of Red Bull. But, after all that, it really came from Japan (and maybe Korea, as well.)

But the point is the place — and the selling in that merchandising environment — and the staggering versioning of dozens of new “energy products” that come, go, vault in the mind marketplace then vanish. Even since writing this overview, many have been consumer banished in the confusing morass of beverages. Drinks are the great experimental place for leverage — and it couldn’t be tougher. Watching, closely, the marketing environment for drinks based on our work in this time period, we see plenty of waning sales, stories that are without resonance in the market. Others lit up.

Watching that — watching sales space, I have observed, as well, the growth of the buzz drink 5-Hour Energy. There are some components that are distinguishing. For one, simple scale — big boost, smaller size. Drink now, drink later.

But the more intriguing strategy is the use of new shelf — or no shelf — space. That is a product that cuts the calories and sugar and instead relies on a blend of B-vitamins, amino acids and nutrients. This bottling brand group, Living Essentials, reduced the drink size from a typical 12 ounces to a compact 2-ounce “liquid energy shot” and packaged the product in tiny bottles that could sit on a store counter.

Aside from the acceleration of the drink, and the freedom from a lot of other needless, as well as energy-flattening ingredients, the key to the tactic is the footprint.
Small space, simple story as well as relative authenticity in premise. 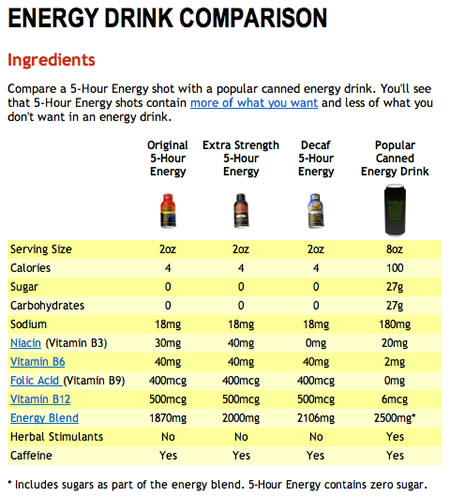 The story is rather amusing. They called it “5-Hour Energy.” Manoj Bhargava, the founder of Living Essentials, recently told a conference audience, “You can tell from the name, we didn’t hire consultants to come up with it.” He added, “For us, anyway, the product is everything.”

Bhargava said Living Essentials first tested 5-Hour Energy at GNC, a chain of health stores that specializes in vitamin supplements. The brand proved popular and the company decided to move into more traditional retailers. Founding executive, Bhargava knew 5-Hour Energy couldn’t compete directly with big brand names that owned a lot of space on beverage shelves or in refrigerated cases. To newly “repurpose” the marketing and sales space, Living Essentials created a counter tactical strategy: counter tops.
That strategy has paid off: 5-Hour Energy is now being sold at such major retailers as Dick’s Sporting Goods, The Home Depot, Kroger, and Wal-Mart. These stores have helped turn this unlikely product into a best-seller worth more than US$ 300 million last year. The brand has been so successful that it was named one of “America’s Hottest Brands” for 2009 by the magazine Ad Age. And, adding to the fray, others have entered the stream with micro drinks — Monster, Arizona and Red Bull are settling the score in response. 5-Hour is ahead with a 70% control of the market, moreover bolstered with a similarly simplified positioning strategy.

According to the Creative Director of Living Essentials, Carl Sperber, the advertising programming is linked to a Procter & Gamble clarity of proposition: product > features > benefits > action. Their targets are not the conventional wild haired teenagers — who’ve already got enough energy — rather working adults.

Given the imagery of marketing placement and the struggle to hold a volume in the sales site of conventional retailing, the real interest here from my perspective is the near guerilla tactic of finding new “places” to sell, and new ways to get there.

Simple. Smaller. Better. During this market, it worked: 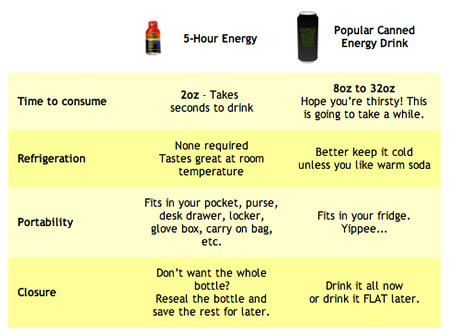 Go forth, seek out a niche, find the right place for the storytelling of the brand. And prosper.

Notes on notes. Opening a note, the other day, from someone. It was something -- an object -- that was a carrying of the touch of that person. A notation, a missive, an expression. It's interesting, the idea of handwritten, the touch, the inner workings of that person, spilled on paper. What I note, in…

Sky Captain, Hugh Ferriss, Raymond Loewy, Norman Bel Geddes and the implications of design in entertainment Over time, I've had the chance to link with, and work for, extraordinary talent. It's a blessing. And it's a gift of the work -- as a designer, working as a translator of intention, mystery, ideation and story. And…
We use cookies on our website to give you the best experience on our website. By clicking “Accept”, you consent to the use of ALL the cookies.
Do not sell my personal information.
Cookie SettingsAccept
Manage consent