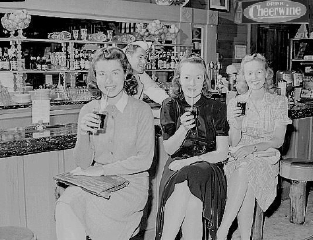 Tom Barbitta is a friend of mine. A friend, as a client — a friend as an fellow explorer of story. A brand explorer. He believes in the power of story as a link to building relationships with people. Brand, in story, is solely about that — linking people to products that have embraceable character.

In the past, we worked together on exploring the concept of story in the context of legacy — and brand. That work lies here — a transformation of vision sculpted from legacies in the past, leadership held in highest regard — and telling that classic heritage in a new and refreshing way. That story, Oberto, founded on the legacy of a familial vision, is about seeing into the heart of the brand, defining and capturing that sense of history, of personality — literally, of the person. And that person, in the openings of our connection, is Art Oberto. He’s the founding genetic spirit of the brand. And that extends to others. It’s a story that can be told — and spread — and shared. Our work led from Oberto being a happily local secret in the Northwest community to becoming the number one cured meat “jerky” brand in the US. So the story spreads, the product grows — people connect and relationships evolve. That’s where we started, Tom and I.

So, when it came to exploring Tom’s newest brand marketing leadership direction, it was about a new story, a long-running family heritage. And building that story anew in expanding community and the relationships of a product offering that is decades old. Cheerwine.

Where they were, when we began. 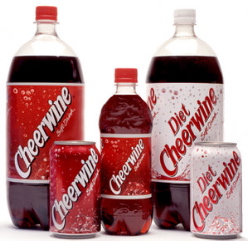 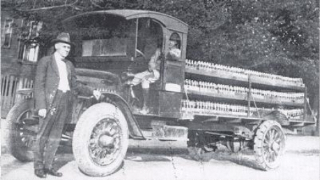 The beginnings — Maysville, Kentucky — and Maysville Syrup Company; their opening offering: Mint Cola. And from there, they moved operations, expanding to Salisbury, North Carolina — from there, with railroad links to the rest of the county and state, a expanded distribution location.

And the transmissions all related to a movement that will be part of the current plans for the enlarged renovation movement at hand — the distribution of the brightly flavored syrup that empowers the quenching punch of Cheerwine, still to this day. 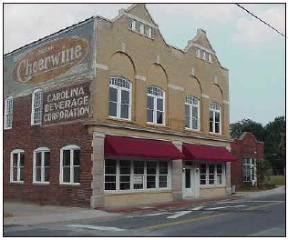 The story goes on…

A local merchant and hotelier by the name of L. D. Peeler had a general wholesale store that was located near the train depot, the central off-loading for the barreled syrup ingredient of the drink. Mr. Peeler had an interest in the soft drink business ever since the early 1900’s.

His store had a basement that would support operations for bottling and it was an ideal fit to engineer a new production facility. Mint Cola awarded Mr. Peeler, and a group of investors, the opening bottling franchise and they quickly began producing about 160 cases of Mint Cola a day from the basement of the building. Times change and the transitions of international politics had a toll on the unfolding of the story — and the hopeful expectations of growth. 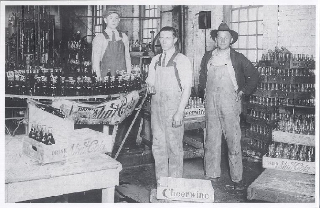 The first World War brought a major sugar shortage that created hard times in the soft drink industry. Other bottlers were forced to close or look to alternative sweeteners, such as honey or molasses. And the challenges hit home: Mint Cola went bankrupt in 1917. But a new positioning emerged — Peeler and his investment group bought the stock of their regional franchise and decided to change the name of their new enterprise to the Carolina Beverage Corporation. Although the name of the company had changed, they continued to make Mint Cola. But Peeler and his partners had discovered the a burgeoning popularity of cherry-flavored fountain drinks; they believed a market existed for a cherry-based soft drink. 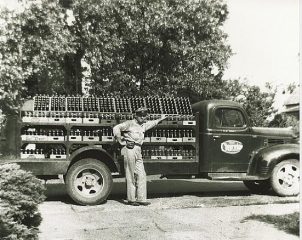 1917 — a flavor salesman from St. Louis sold Mr. Peeler on the premise of a uniquely spry cherry flavoring that was derived from oil of almond. This cherry flavor imparted a natural sweetness to the drink and imparted sweeter tinge than other soft drinks with the same amount of sugar. He blended this flavor coupled with 11 other ingredients, as well as the Mint Cola base to create Cheerwine’s energetic character. 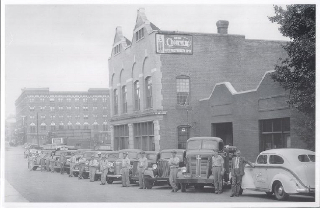 Given the legacy of coloration and flavoring, Peeler’s strategy was to name this new refreshment amalgam Cheerwine to acknowledge its burgundy wine-like color and cheery bubbling quality. While Mint Cola continued to come off the production line up until the 1930’s, the Great Depression, along with Coca-Cola’s effective control of the cola market, made it hard for the Carolina Beverage Corporation to produce both products. Focus became crucial — only one product could be on the roster for production: Cheerwine. 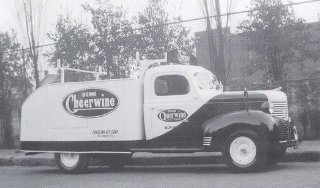 Growth emerged — Cheerwine’s legacy spread throughout the state of North Carolina — trademarked, formally, in 1926. Peeler’s team knew that they were on to something special and started directing the company’s future. In 1927 he started another bottling company in Charlotte, NC (which was later sold to Sun-Drop Bottling in 1976) that helped extend the market. 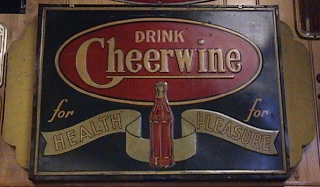 In 1931 Mr. Peeler passed away, leaving a strong foundation to build upon, that visioning expanded in the presence of his son, C.A. Peeler who, like his father, had the passionate business commitment to keep Cheerwine production rolling. C.A. Peeler worked tirelessly to increase production and expand the product to other areas of North Carolina. 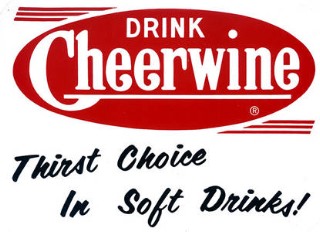 The 1940’s brought continued growth into the western territories of North Carolina and parts of South Carolina. After World War II, Cheerwine began producing advertising to assist in this growth. Before the 1940’s, advertising wasn’t a common practice — until the A&M Sign Company, based in Lynchburg, Virginia, was contracted to produce promotional signage for Cheerwine. 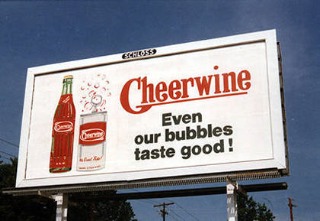 In 1980 — Carolina Beverage Corporation evolves — to respond to the health and fitness rage by introducing Diet Cheerwine, and in 1981, the company developed a 10-year plan to double the company’s distribution. Mark Ritchie, great-grandson of L.D. Peeler and grandson of C.A. Peeler was in charge of this expansion. Mr. Ritchie increased spending for market research, advertising, and promotions and the results paid off — in 1986, the company reached its targeted goals, years before the culmination of their planning. And that growth continues — the company enlarges distribution at about 10% each year, adding new markets primarly in the southeast. Mark Ritchie is the fourth generation president (and CEO) of Carolina Beverage Corporation, which owns the formula and does the marketing for Cheerwine. The bottling and distributing is managed by Piedmont Cheerwine Bottling Company, led by Mark’s brother, Clifford, as its President and CEO.

It’s a story. And it’s a familial legacy. And it has a sense of style that we embrace, hold to, energize. Our role, in all of the evolutions has been to look at the past, study the genetic links of the spirit of the brand, to listen to the family — capture what is captivating, seek to magnetize consumer relationships, bridge shelf epiphany — and hold that fast to creative development, emboldening new advancement.

Hauser, the Atlanta advertising agency, tagged as the promotional group of reference, has struck on the positioning to support the personality and presence of the brand — perky, curiously sparkling, rejuvenating and authentically captivating. Good stuff. Here are some references to their work and exploration — now, just breaking into the media fray: 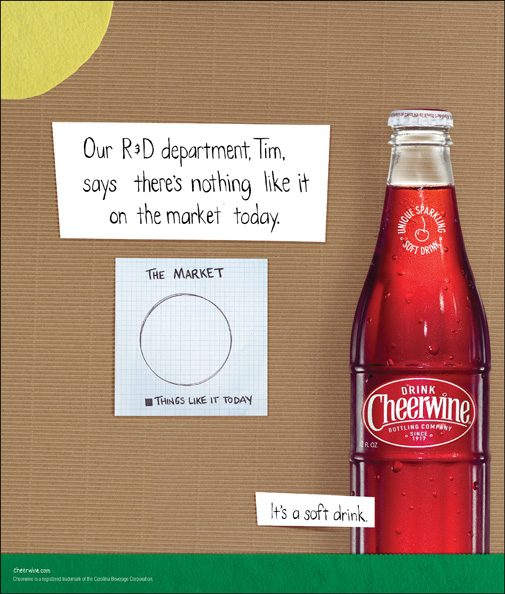 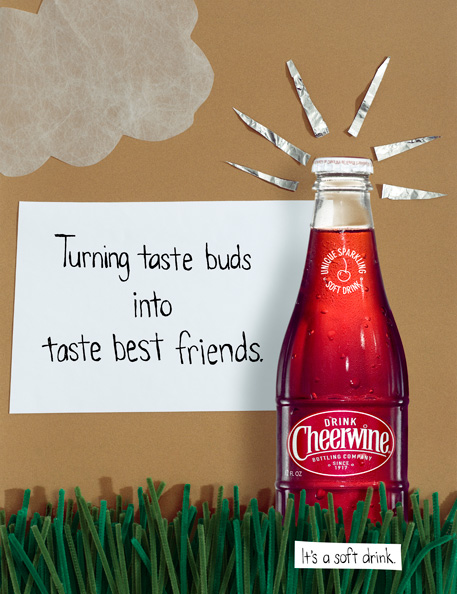 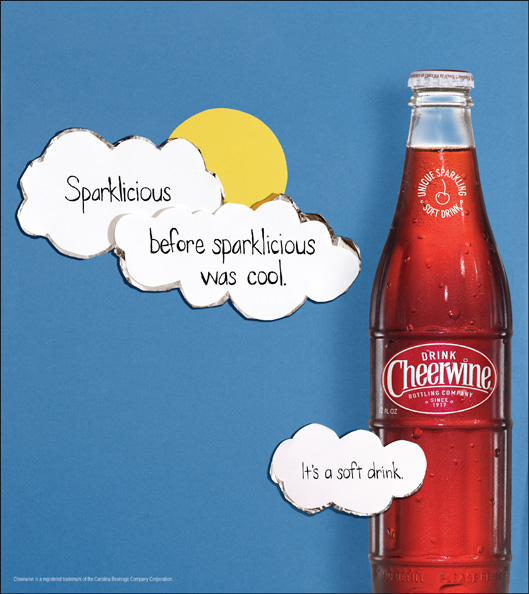 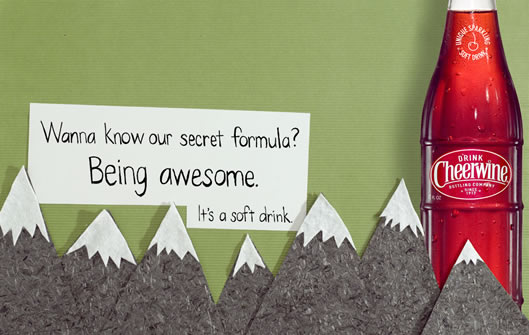 Our work, in advancing the story? Reach to the past, rebuild to the new. Find the inherent code of the brand’s legacy, the containing elliptical badge, part of the strategic seal of historical character, now newly rebuilt and reframed — speaking sparklicious. Today. 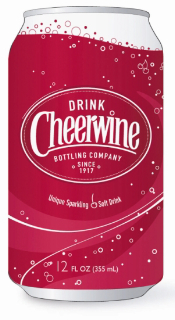 Pretty much out there, comin’ your way, soon.

Try some. When it comes your way…

Art as Brand: Jeff Koons at the Palace of Versailles

Exploring art in place: context, construct, concept -- the brand marketing of Jeff Koons at Versailles. There's been a far amount of energy being wrapped around the concept of Jeff Koon's installation at Versailles. Of course, the idea is that the installation might be, perhaps, inappropriate. Some might call it too commercial, given Mr. Koons'…

The BMW | Oracle Trimaran for the America's Cup I've been a fan of BMW design for a long time. But I had a recent encounter that was breathtaking. I'll get to that. The car of my beginnings was a 1972 2002. And what I savored about that car was working on it. I've never…
We use cookies on our website to give you the best experience on our website. By clicking “Accept”, you consent to the use of ALL the cookies.
Do not sell my personal information.
Cookie SettingsAccept
Manage consent