Design Leadership Principles of Steve Jobs and the Apple Empire: The Twelve Steps of Design Discipline. 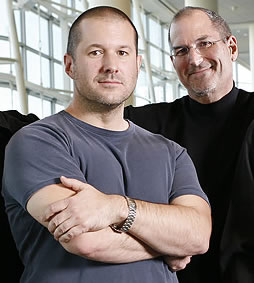 What’s the point of leading if you’re not in front?

I was studying overviews on Steve Jobs, Apple strategy, some thinking about leadership and the reflection in consumer relationships and Apple marketing, but more particularly about the premise of the “design of leadership” — or better still, leadership in design.

Having worked at Apple as a designer / consultant, since the early days with Steve, and thereafter with a string of other relationships that served the Apple cause, the premise of design visioning is something that has had an early genetic link that runs all the way to the top, in the picky detailing of his manner of approaching design.

He’s framed some attribute of the love of design — making things amazing — from his experiences at Reed College with Lloyd Reynolds. I can personally attest to the power of extraordinary thinking about beautifully detailed typography in my experience under the wing of that legendary human. And in fact, nearly all of the introductions that I had, working at Apple, related to the idea of typographic illustration — identities that became events, logos that became packages, or typographic and illustrative treatments that became icons. Steve, as leader, was essentially in front of every one of those movements. That increasing detail has become a matter of profound precision in the further explication of Apple design form language and design thinking. A friend of mine, Paula Thornton, a graduate of the University of Washington, is a vocal articulator of the concepts of design thinking, which she notes as, “Understanding human behavior and designing interactions for human expectations are the means to achieve strategic differentiation. This is the focus of our discipline. It is not just nice to have‚ and is not, like documentation once was, an afterthought. It is the means by which to start a strategic discussion and the means by which to drive a tactical initiative. All design should be evidence-based.” It might be said that the principles of “design thinking” originating in the strategic evolutions of the founding ideators of IDEO. Tim Brown, who I met at TED, has a fabulous blog about it. But the thinking of design — the strategy of design thought fullness — is something that might be far older, in terms of contemplating the credence and relevance of designing and the distinct relationship to humanity — and how humans think, react and recall experiences. That deeper history I’ll leave others to find and unfold.

The idea of design strategy and its relationship to sustenance is not a new game to Apple, in terms of leadership in design thinking, but more so to the evolution of Jobs’ principles, along with the magic presentment of Jonathan Ives in considering how a strategy of design relationships — and the fundamental expressions of delight — continue to focus on utility and amazement. The idea of centralized design visioning was refined in mid 2000s — looking back, there was a condition of experiment and exploration of design visualizations. Now, there’s a formal language that intimates a succession of ideas that are disciplined. You can find that observation in the newest spate of products.

This sense of cohesion one might find in the opening of the MacBook Air design styling — lean, coupled with extraordinary details of precision in the ability to cohere to a sleek new language.

That spirit finds itself in nearly every new object — sheer elegance, but more so, to the notion of design that stretches it’s wings: “MacBook Air continues to redefine what’s possible. It’s ultrathin and ultraportable. And now its processor pushes the performance limits.”

Pushing the limits. That drive might be said to come from the consumer that’s incessantly expecting Apple to blow their minds — that perpetual bar raising is something that Apple is good at. And you might reflect that this comes from the passionate drive of Steve Jobs. Precision and innovation — you don’t get closures like these without stretching the edge of how it’s done: “Precision aluminum unibody enclosure. Being carved from a single piece of aluminum pays dividends. It makes MacBook Air incredibly light, amazingly thin, extremely durable, and eminently portable.”

This is a trail of featuring forms that relate even to the ethos of Apple retail design. This notion I’d referred to earlier as a sentiment of archetypal expression — the iPad being the forerunning added exemplar. Each new revelation — just on the street, responds to this credo of the incredible. 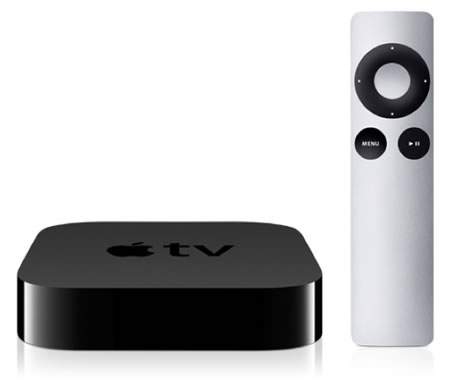 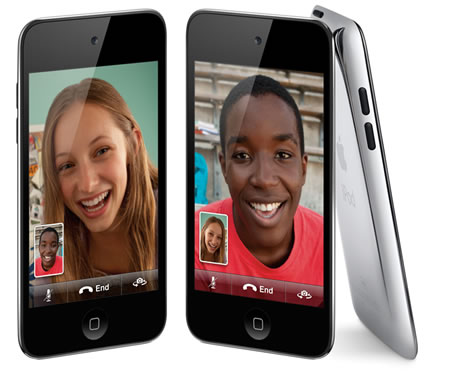 And packaging: the story continues… 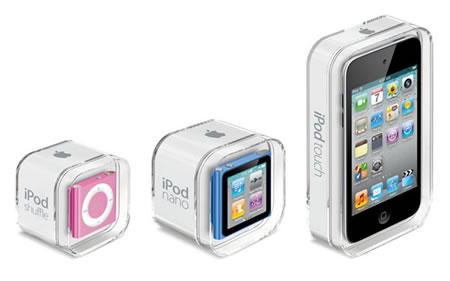 Look at the design of an Apple store and you’ll see parallels. How does that happen? Discipline in the rules of engagement. I offer a parallel:

• Love beauty and be passionately committed to it.

• Create products that look, act and feel like no one else. And own that positioning.

• Be relentless in perfecting the ideal.

• Analyze what’s possible in the world of technology and design — and think through how to exceed that proposition.

• Consider the trends of framing what’s emerging — and be there, in front.

• Simple can look simple, but be complex to get there. Start at the heart of the question and build in the series of layers, to the most beautiful resolution.

• To lead, it’s a matter of being in front — by far and away the riskiest place to be. To be there, you’ll be risking everything that you stand for.

• Design strategy is how it works.

• Know who you’re designing for.

• Failure is the best way to learn.

• Nothing stops. Ever. Everything is changing, all the time. The path to perfection is lonely, fraught with peril — the idea will be about unceasing addiction to making everything better. As a designer, it’s the place to be.

That fits the following.

Steve Jobs: The Journey is the Reward

An unemployed college dropout, Steve Jobs went on to becoming one of the most successful entrepreneurs of all time. How? These disciplines: “12 Rules to Success”:

1. Do what you love to do. Find your true passion. Make a difference. The only way to do great work is to love what you do.

2. Be different. Think different. Better to be a pirate than to join the navy.

3. Do your best at every job. Don’t sleep! Success generates more success so be hungry for it. Hire good people with a passion for excellence.

4. Perform SWOT analysis. As soon as you join/start a company, make a list of strengths and weaknesses of yourself and your company on a piece of paper. Don’t hesitate to throw bad apples out of the company.

5. Be entrepreneurial. Look for the next big thing. Find a set of ideas that need to be acted upon quickly and decisively and jump through that window. Sometimes the first step is the hardest one. Just take it. Have the courage to follow your heart and intuition.

6. Start small, think big. Don’t worry about too many things at once. Take a handful of simple things to begin with, and then progress to more complex ones. Think about not just tomorrow, but the future. Put a ding in the universe.

7. Strive to become a market leader. Own and control the primary technology in everything you do. If there’s a better technology available, use it regardless of whether or not anyone else is using it. Be the first, and make it an industry standard.

8. People judge you by your performance, so focus on the outcome. Be a yardstick of quality. Some people aren’t used to an environment where excellence is expected. Advertise. If they don’t know about it, they won’t buy your product. Pay attention to design. We made the buttons on the screen look so good you’ll want to lick them. Design is not just what it looks like and feels like. Design is how it works.

9. Ask for feedback from people with diverse backgrounds. Each one will tell you one useful thing. If you’re at the top of the chain, sometimes people won’t give you honest feedback because they’re afraid. In this case, disguise yourself, or get feedback from other sources. Focus on those who will use your product – listen to your customers first.

10. Innovate. Innovation distinguishes a leader from a follower. Delegate. Let other top executives do 50% of your routine work to be able to spend 50% your time on the new stuff. Say no to 1,000 things to make sure you don’t get on the wrong track or try to do too much. Concentrate on really important creations and radical innovation. Hire people who want to make the best things in the world. You need a very product-oriented culture, even in a technology company. Lots of companies have tons of great engineers and smart people. But ultimately, there needs to be some gravitational force that pulls it all together.

11. Learn from failures. Sometimes when you innovate, you make mistakes. It is best to admit them quickly, and get on with improving your other innovations.

12. Learn continually. There’s always “one more thing” to learn.
Cross-pollinate ideas with others both within and outside your company. Learn from customers, competitors and partners. If you partner with someone whom you don’t like, learn to like them – praise them and benefit from them. Learn to criticize your enemies openly, but honestly.

Good ideals, in precept. Worth following, in any capacity. Designer, or not.

Speaking of following: Apple’s tweets related to Jobs and his new product announcements, in keeping with the above — his missives spill out to “that distant, hazy time in early September, before the Labor Day weekend. Specifically, (the week before) last Wednesday, when Apple’s CEO made all kinds of new-product announcements, including the launch of Ping, its iTunes-based social network. Steve Jobs, when he’s talking up product, is perhaps second only to teen pop star Justin Bieber in his ability to electrify Twitter.” Simon’s Dumenco’s got the full story, AdAge. 2 million tweets, one day — mostly male, 60% plus positive sentiments, global roll…

Design: managed, design: thought — if there’s a story, and the development is integrated, people want to hear it.

Exploring the journal, the working process and the act of creative development Guillermo Del Toro | Pan's Labyrinth I've written and spoken publicly in the past about the concept of the journal -- the annotated sketchbook -- as a place of making ideas. These days, I tend to write notes in multiple journals -- keeping…

Seeing better, the sharp-eyed, or the old ones of the forest? What's the patterning? Ravens, eyes, Tom Ford and now Dermalogica? Just a note, but what's the thread of the archetype -- Tom Ford eyewear and now eye recovery, with Dermalogica? More to the nature of brand mythology? I'm not sure, but you might say:…