Arthropods are animals that belong to the Phylum Arthropoda that include the insects, the arachnids and the crustaceans. When I was young, and to this day, I’ve been captivated by insects. And arachnids. Some persons are terrified of these — I dig in. 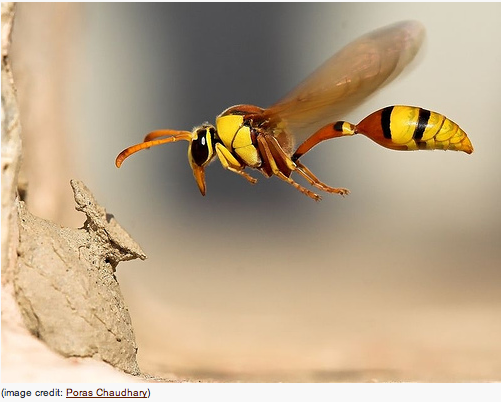 When my children were growing up, there were plenty of explorations of all kinds of arthropods — there was no fear of spiders, ants nests, wasps, butterflies and dragonflies — anything that fit the class of exploratory, naturalist investigation. That reach continued for me, exploring drawings in college, creating laboratory journals that set the opening for my later work as a book designer, calligrapher and lover of typography. 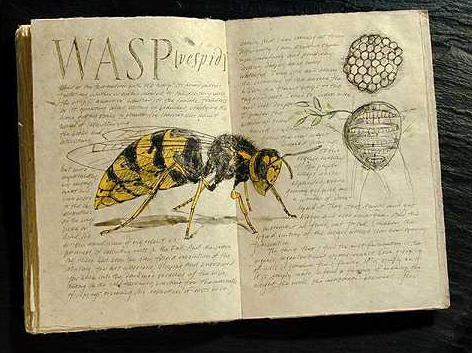 And has continued for me, even to this day. There are walls of books on insects, old limited edition Jean-Henri Fabre naturalist studies, insect drawings, engravings, even framed insects and spiders — the captivation goes on. 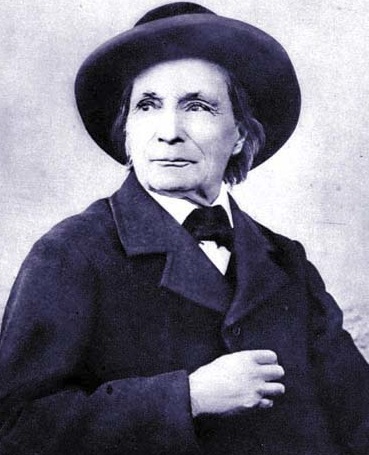 I’ve written stories about them (http://www.tim.girvin.com/writings/fall.html), I’ve written to others about them [this note to Eartha Kitt, a collector of wasp nests (http://tim.girvin.com/Entries/girvin-eartha)], and I’ve explored the concept of design — being influenced by insect character like this story, termite technology and architecture (http://blog.girvin.com/girvin-termite).

It goes on to another fascination — arthropods in jewelry. Here is a collection of objects that employ insects as part of their character: 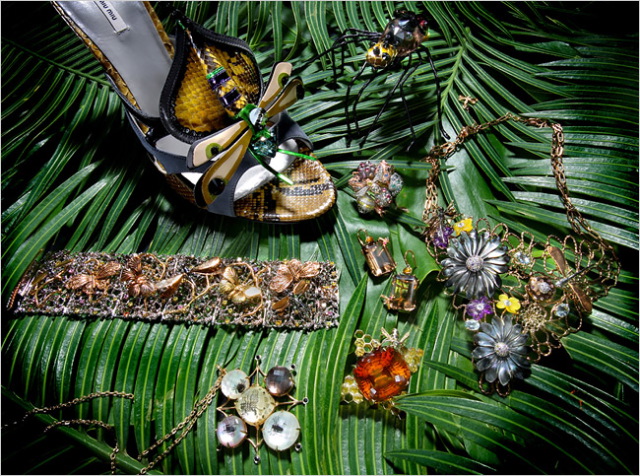 But what I’m curious about is the idea of the concept of insects as a point of illustration, nay — inspiration, in design. And there’s truly extraordinary about them (insecta and arachnida), as these brilliantly colored images show: 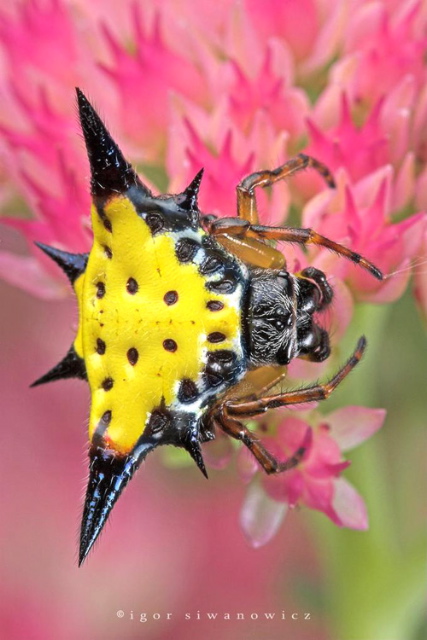 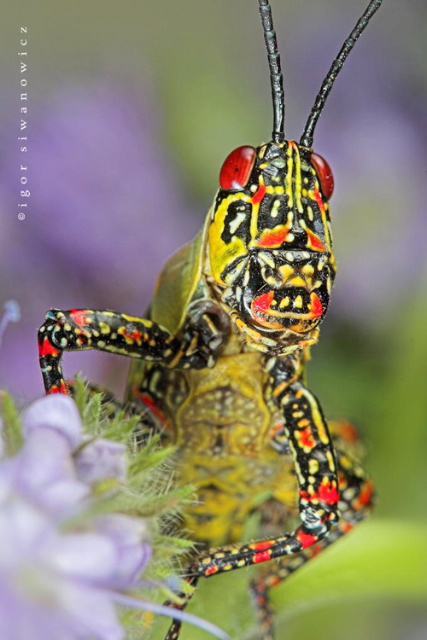 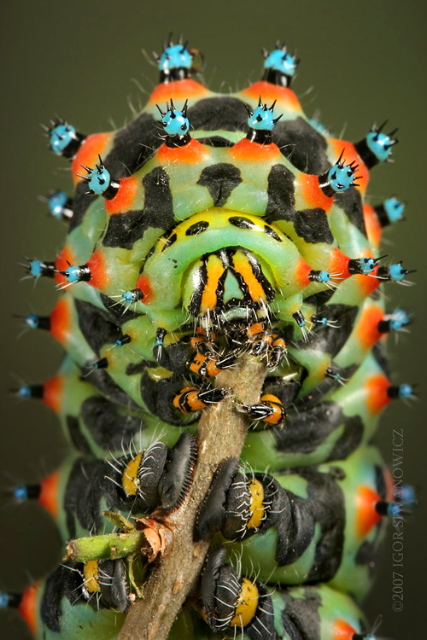 Yes, toys too: the world’s first radio-controlled flying insect will soon be winging its way into – and up out of – Irish toy shops. 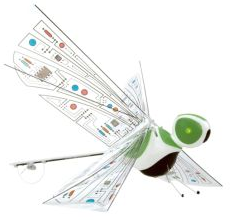 The picture above is the new FlyTech Dragonfly with its ultra-light, dual-wing design and crash-resistant structure. The Dragonfly is an easy-to-fly aeronautical marvel. But while it is being sold as a toy, it’s based on sound scientific principles — the beauty of natural flight with the precision of modern aerospace technology. The Dragonfly flaps its wings like a real insect and uses what is called an ornithopter design.

And there’s lots of dimension to explore the concept of insects providing a sense of foundation for the principles of design — in architecture, industrial design and related creative experiences. Even simply the idea of insecta being a basis for form and presentation, illuminating: 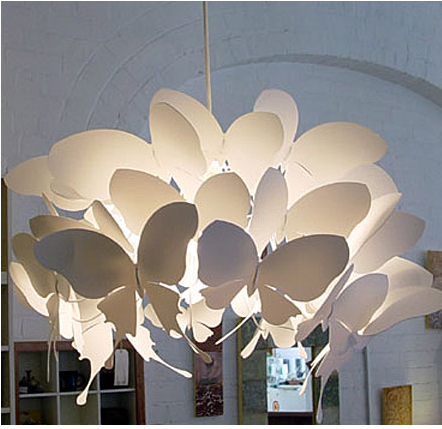 Biomimicry, the concept of exploring design principles in nature — has wide ranging effects (http://www.bloomberg.com/) though not all design theorists approve of this nomenclature.

Carlos Bergfeld, BusinessWeek offers, “Promode Bandyopadhyay of the Naval Undersea Warfare Center in Newport, R.I., says his work is not an imitation of biology, but biologically inspired. “We are learning from nature’s design,” he says. A senior research scientist at the center, Bandyopadhyay has worked with the Office of Naval Research to develop a Bio-Inspired Autonomous Undersea Vehicle, or BUAV, which draws on the principles behind fly wings and fish fins in its propulsion and maneuvering. 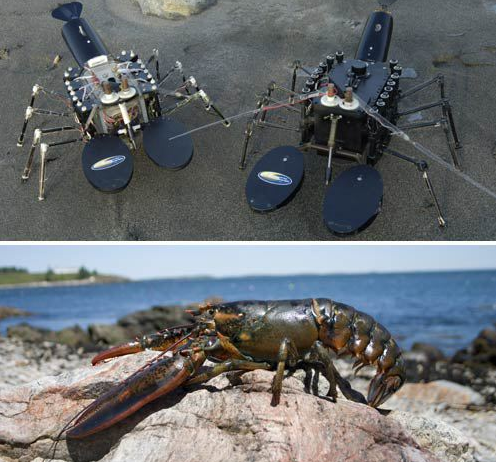 This imitation arthropod (above) is designed to save lives. Developed by Joseph Ayers of Northeastern University’s Marine Science Center, the RoboLobster searches for mines and performs other tasks by mimicking how an actual lobster combs the ocean floor for food. 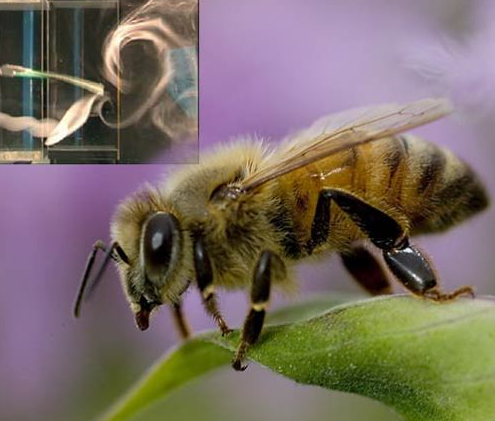 Researchers at England’s Bath University are trying to replicate the micro-sized, flappable, flexible wings of bees for use in tiny reconnaissance drones. Led by Ismet Gursul, the scientists aim to create a “bug” no bigger than a bumble bee that could fly undetected. 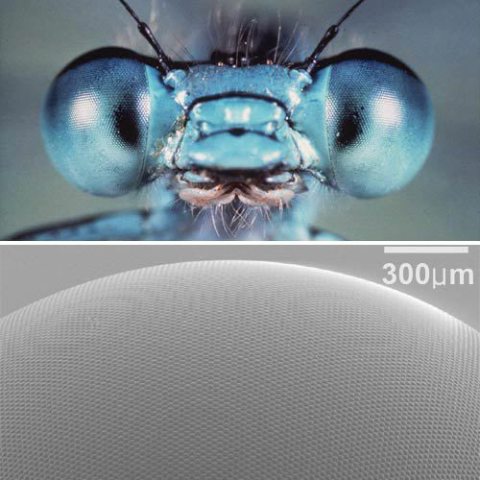 Luke Lee, bioengineering professor at the University of California, is exploring optical dynamics inspired by odonata eyes. A dragonfly’s compound eye is made up of 30,000 or so individual lenslets, called omnitidia, each offering a different viewing angle, and giving the insect 360-degree vision. Researchers at the University of California at Berkeley tried to duplicate such vision with an artificial compound eye. Each hemisphere of the eye contains 8,700 microlenses and has a viewing range of 180 degrees. 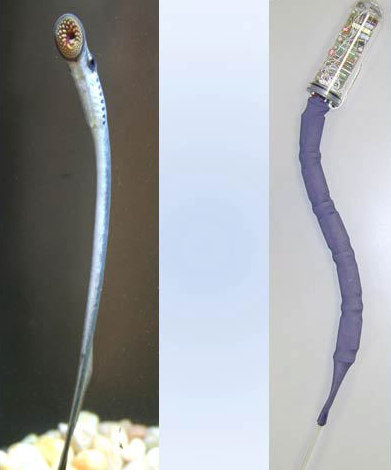 The RoboLamprey (above) gets its inspiration from the eel-like creatures that use jagged teeth and circular mouths to suction-grip onto fish and other sea creatures, feasting on blood-meal. The RoboLamprey mimics the lamprey’s undulatory motion to stealthily probe upper-level waters, searching for underwater hazards. The RoboLamprey is another project developed by Northeastern University’s Joseph Ayers and funded by the Office of Naval Research. 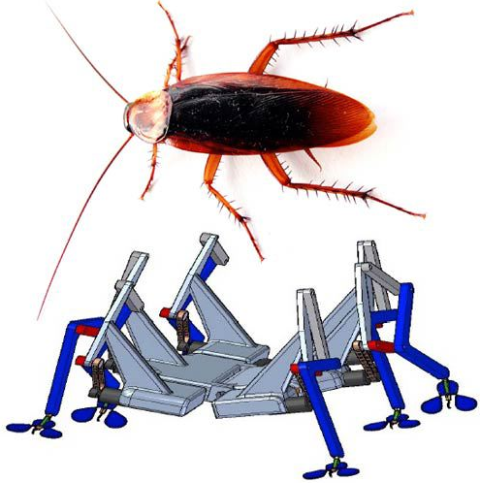 The six-legged RiSE (Robots in Scansorial Environments) imitates the movement of critters like cockroaches and can climb all over the place. It’s being developed by researchers from the University of Pennsylvania and other universities. 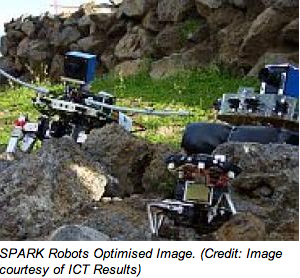 The SPARK intelligence experiments, exploring insect perceptions are another line of development, as noted above — objects that learn from landscape — machines that gather intelligence and “perceive” in the manner of insects.

The perfected evolution of many insects are the product of millions of years of environmental change — but they are not best of class as design studies. Carlos Bergfeld notes:

“Natural selection isn’t just a matter of physiological perfection, but how an organism’s traits suit it for a particular environment, scientists say. For this reason, the designer scientist, Promode Bandyopadhyay stresses it is important not to just copy nature’s work, but to take the best parts of it and apply it elsewhere. “I am against mimicry,” he says. “I am against making a mechanical zoo. There is no science in that. It is imperative to understand the science first.”

There are other gestures to architecture, natural influences, like this reference from Bob Berkebile and Jason McLennan, The Living Building, Biomimicry in Architecture, Integrating Technology with Nature. The exploration gathers intention in referencing a concept of architecture moving to the context of natural reflection.

“In the future, the houses we live in and the offices we work in will be designed to function like living organisms, specifically adapted to place and able to draw all of their requirements for energy and water from the surrounding sun, wind and rain. The architecture of the future will draw inspiration, not from the machines of the 20th century, but from the beautiful flowers that grow in the landscape that surrounds them.” In the 20th century, they reference the concept of architecture being like machines: “Le Corbusier, one of the 20th century’s greatest architects even went so far as to say that, “houses were machines for living in.”

As machines, our buildings also began to look more and more similar, regardless of culture or climate. With machines as metaphors, our buildings took on the characteristics of clinical assembly line productions.

An office building in Singapore now looks the same as an office building in Manhattan, and both share the same “perfect” climate controlled indoor environment. At the same time, the loss of regional difference began to undermine the uniqueness of place, removing us from understanding what local culture and climate have to offer.

The architecture of the 20th century has seen the diminishment of the importance of art and “artfulness” in building and seen the emergence of engineering and technological solutions as the dominant factor in building design, fitting for “machines for living in.”

But there’s more to the nature of geographic utility and inspiration, in the context of buildings and how they come to be. “And yet, not too long ago we had a different model for our buildings and a different relationship with nature. Until modern times, buildings could be compared to living organisms in that they evolved in response to climate and topography, changing form and composition as necessary to protect what was inside from the elements, while regulating temperature and humidity to the greatest extent possible. This evolution produced vernacular forms that differed from locale to locale in a similar way that plants and animals differ from biome to biome.

One need only compare the igloos of the Inuit with the adobe structures of the southwest to understand that climate and culture shaped architecture. Both the igloo and the adobe house were built to temper the harsh extremes of climate using only the materials at hand.”

But considering the notion of the living house, one need only need to examine insect architecture to see biome response. And spectacularly simple, gorgeous design: 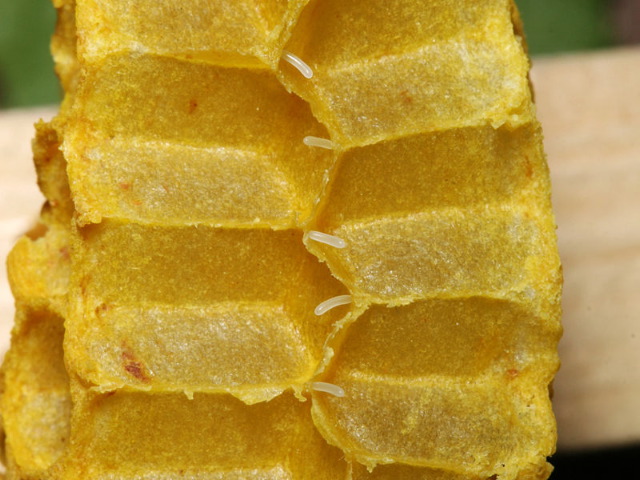 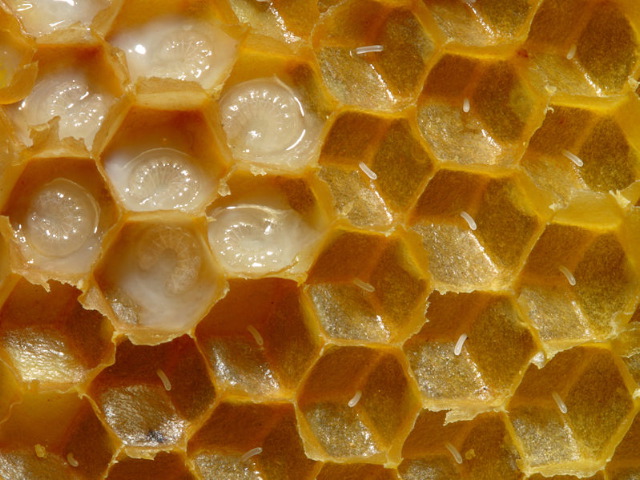 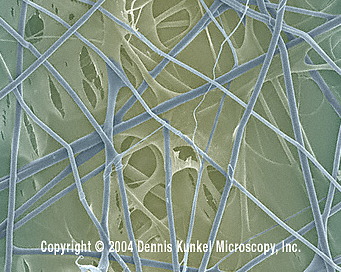 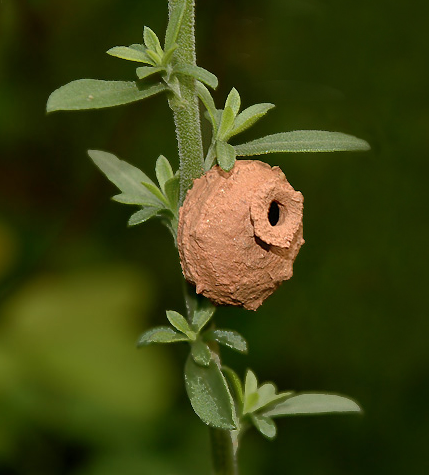 Housing, and honeycomb, emerging Malaysian theories on residential planning (based on the tessellation model), the geometric design of Islamic tile work, and finally — the structure of bees. 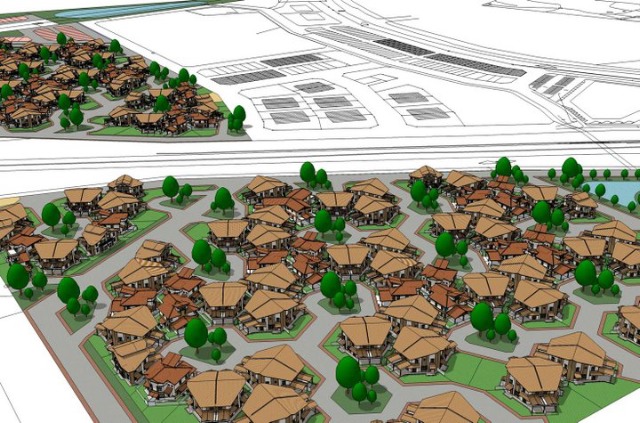 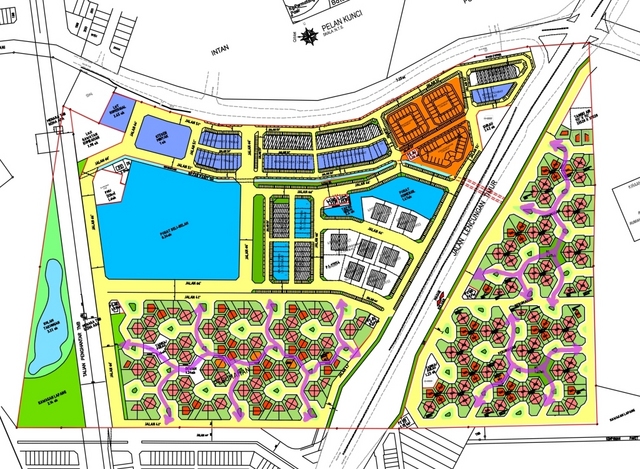 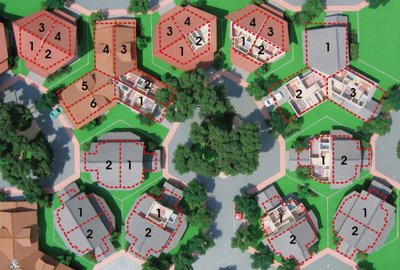 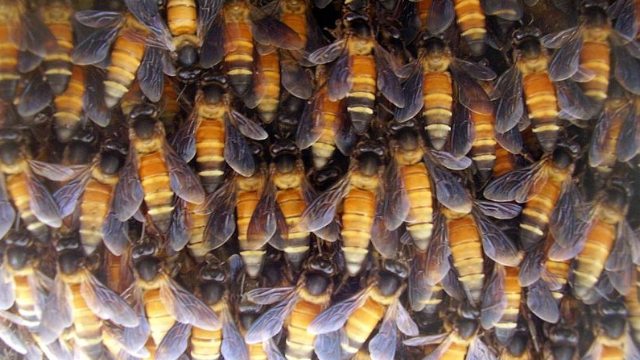 Swarming – what’s your take on ideas, expressions? What arthropoda connections might you have had, in terms of design, thinking, visualizations, development?

Brand, personality, context and visualization in the community of politics. If there's a visioning -- and a vision -- what does it look like, what does it feel like and what do you care? What's the story, anyway? Over the course of the last number of months, we've all been exposed to the visualizations of…

BMW WORLD: Branding an Experience or Experiencing a Brand

I was recently in München (May 2008) with my family visiting friends, and trying to decide where to go with our 8 month old after hitting all of the usual places. Our friends suggested the BMW Museum - and my first reaction was to suggest to Paul that he take our baby whilst I hit…
We use cookies on our website to give you the best experience on our website. By clicking “Accept”, you consent to the use of ALL the cookies.
Do not sell my personal information.
Cookie SettingsAccept
Manage consent