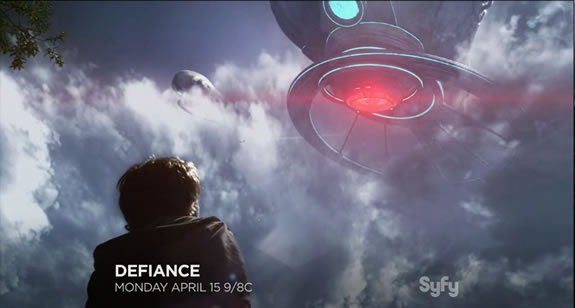 The design of a gaming world is a multiple year commitment, and a spectacular investment — especially when the notion of a gaming world coincides with the conception. Some never make it, fueling out funds with massive teams committed to building those worlds. We’ve been caught up in those burn downs,
when we’ve not been, as they say, “watchful.” 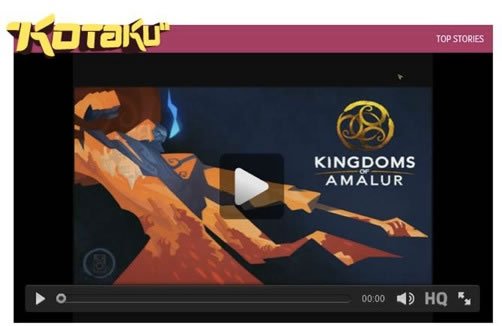 And we’ve seen strings of other teams, companies and brands get fried out on enthusiasm and after a time, the perfect storm of strategically misaligned storytelling, failed visioning and bad management.
Curt Schilling’s 38 Studios comes to mind,
while there are plenty of others. 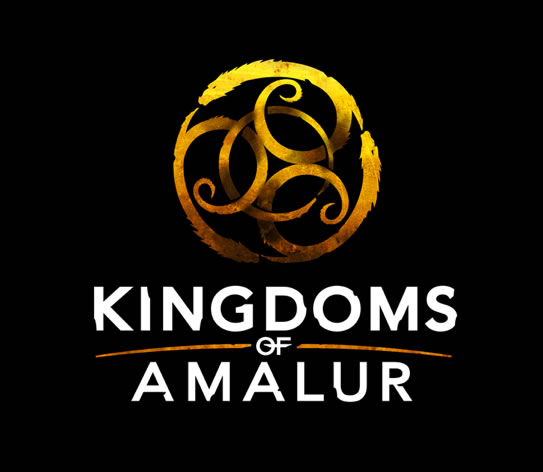 Today, Defiance, a powerful intertwining of the creative visioning of Trion Worlds Inc.
and Syfy kicks off live.
Girvin built brand workshops in uncovering positioning for the brand, then boosted visualization studies to arrive at the finalized solution, a Girvin-customized font design used in everything from print, online applications and titling treatments in animation. The story visualization and strategy, production and leadership teams talk here — vastly interconnected, it’s “the holy grail of entertainment” — complexly transmedia, “it’s very different than anything ever seen before.”
“It’s epic and Shakespearean in its theming.” 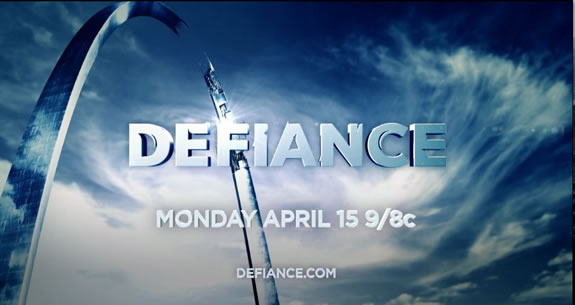 Story, from their site, told here.

Defiance™ is the first multi-platform massive online shooter video game that is also a ground-breaking entertainment experience, interconnecting with a global television program on Syfy. The game combines the intense action of a third-person shooter, with the persistence and scale of a massive online game, while its TV counterpart exudes the scope, story, and drama of a classic sci-fi epic. 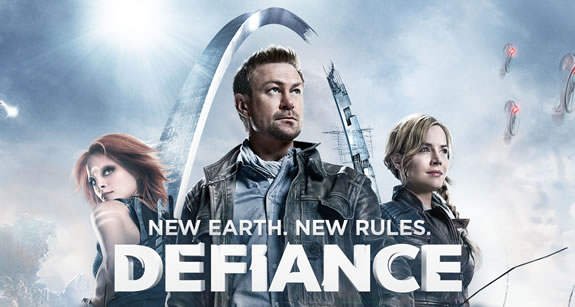 If you have a story, you have a world — but in the gaming world, that means that you have to build that as a journey capable exploration — places to go, things to experience, adventures and
battles to be surmounted. 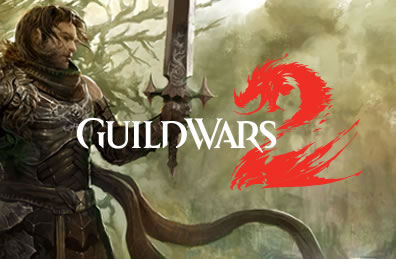 And surely,
we believe in journey.
And in
the gaming to
get there.

Star Trek Two Working in the motion picture business, as a designer for theatrical advertising, the potential of working comes from making introductions, reaching out: connecting. It's always a journey, the explorations, the examinations, the labyrinths of time, talent and story, that bring us together to new layers of that pathway, crossing-stones to the fluency…

A love of the Skull | Alexander McQueen

The End that is the Beginning | Brands & Death It might be said that the idea of associating the creative essence of the late Alexander McQueen with a skull is a mistake -- a slide off the backside of a brilliant man, who passed in the swirl of an astonishingly feverish, fantastical creativity --…
We use cookies on our website to give you the best experience on our website. By clicking “Accept”, you consent to the use of ALL the cookies.
Do not sell my personal information.
Cookie SettingsAccept
Manage consent