Designing the Experience of Place | The Museum of Innocence 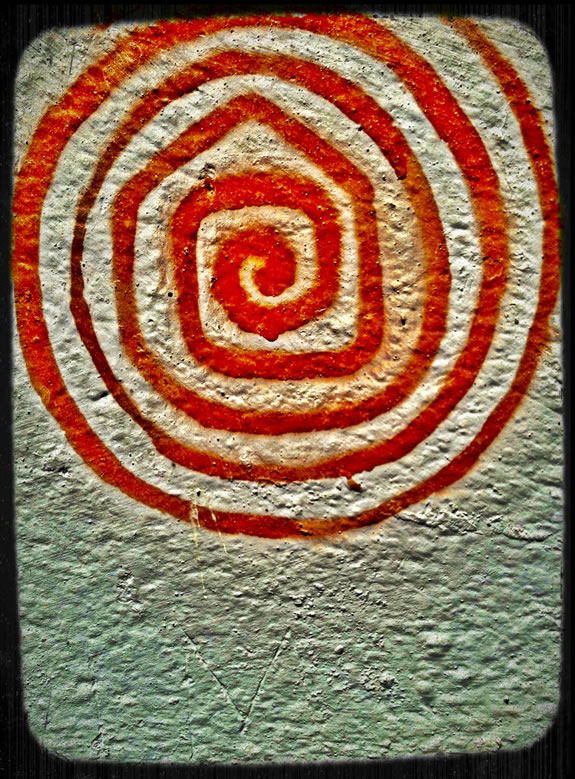 Conceiving Story in the Procession of Imagination:
the Labyrinthine Mind of Orhan Pamuk

The journey in is the journey out, a spiral of movement and emotion —
“I turn in, follow, I turn out:” that journey continues.

I was in Istanbul for a retail summit and the point to the event was talking about performance, evolution, the next tier.
My contemplation was about the core, the heart of commerce in community, but the basics of enchantment.

Care being the center point of engagement — how is the customer cared for, the driving emotionality for the “why” of coming back, and more so, what does that experience feel like? Its care for look, telling — “what, this place; what, the offer; why should I come in?,” notation of sensation, a thread of holistic music that calls one in, the spirit of place,
savoring the experience of the environment. 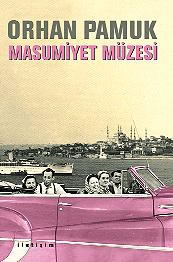 Looking in a bookstore, I see a range of books by Istanbul writer, Orhan Pamuk, an award-winning novelist whose style evidences the melancholic journey of life as a series of twists and turns, wins and failures that might be emblematic of his upbringing. 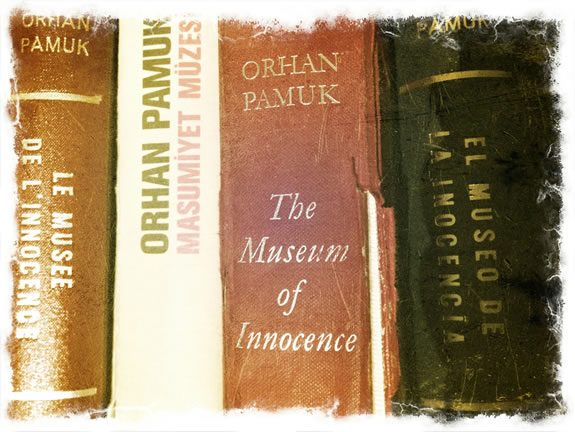 This is a heavy joy, burdened by the knowing — life comes and goes. Such is the nature of Istanbul, it comes and goes, as an ancient city, in the labyrinths of its being, the old ways of commerce, the nexus of the antiquated caravans and trade, everything comes and goes, bridges go up, they come down, traditions flux and experiences flex in the musculature of action, quiet, strengthening and dissolution.

In the bookshop, I see Pamuk’s “Museum of Innocence.”
Dawn points out that she just saw a sign for this “place,” not merely a book, but a place. 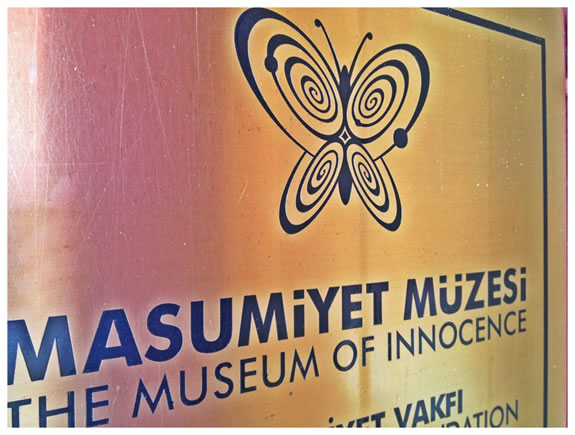 This, like many of his tellings, is about love — the character of men, falling in love, being captivated, and then being disposed to tragic endings, later failings and dissolution. His book is a layered maze of storytelling, of families, love affairs and obsessions. 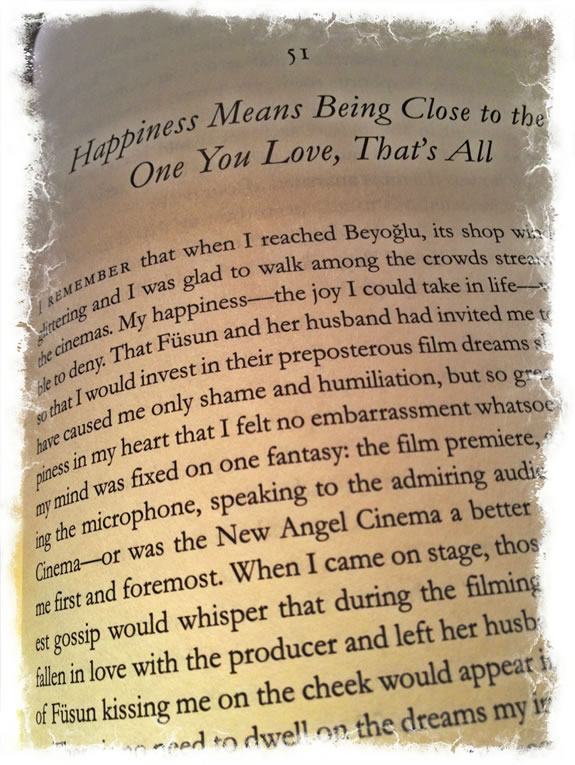 What Pamuk created was a Museum, that is the book, like his inspiration, the Bagatti Valsecchi, in Milan.
He notes, in a guest book there, “It is the third time that I have visited this extraordinary museum. I love this house, the idea and the imagination that hide behind these walls. They influenced me a lot for the novel I am writing, ”The Museum of Innocence”. I am happy to be here for the third time.”

The Museum is a journey, a winding unfurling of the amazement of being —
like a butterfly at the point of infinity spinning.
A patterning, that repeats, starting on the ingress floor. 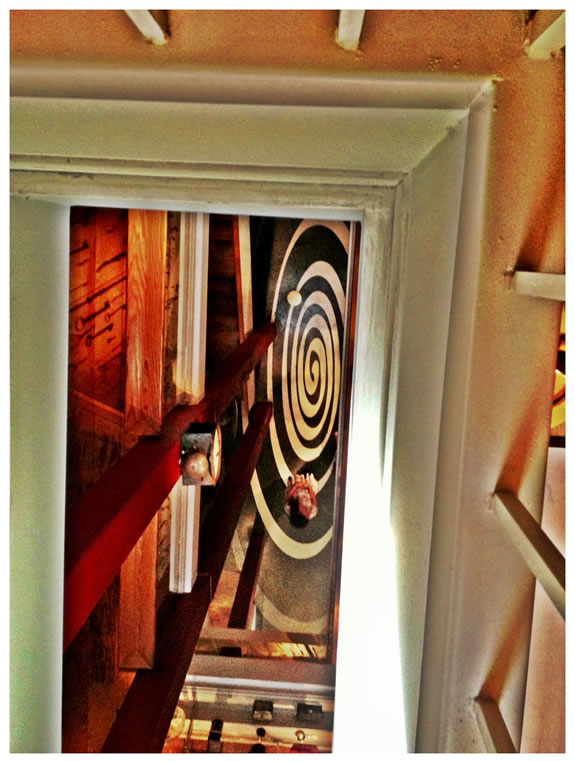 But what is the most fascinating for me is
the retelling of that story in place-making. 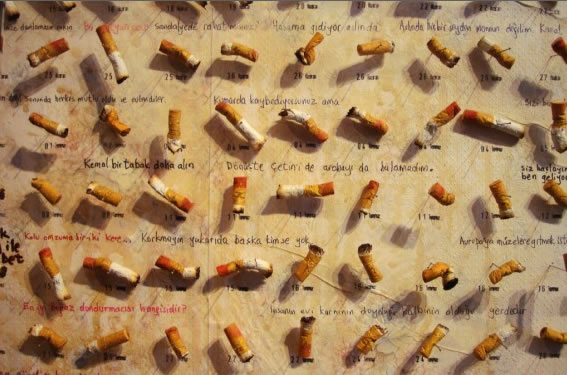 Every layer of the story is shown in miniature tableau — from a opening exhibitory wall of cigarette butts, annotated by the impossibly captivated Kemal, smoked by the mysterious Fusun, the object of many men’s lustful desires,
a strangling constraint, to postcards from the edge of the character’s experiences. 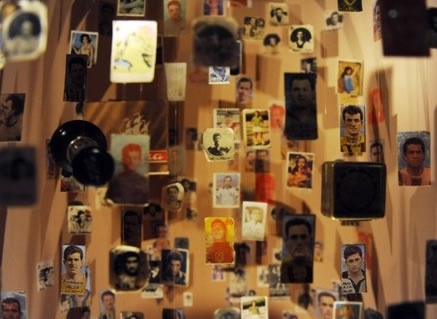 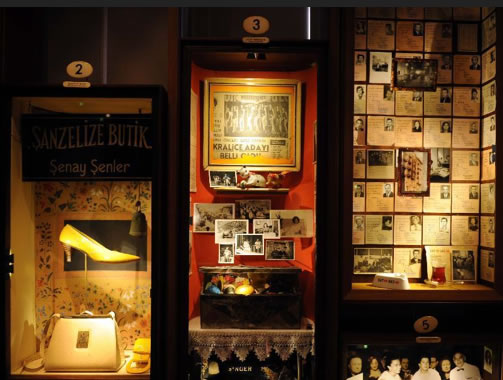 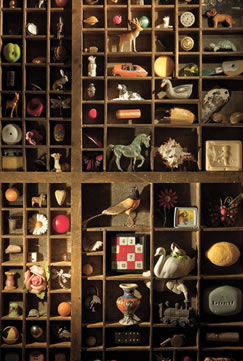 A museum, a muse of meditation and action
in designing a place, made; a bookstore on the ground floor. 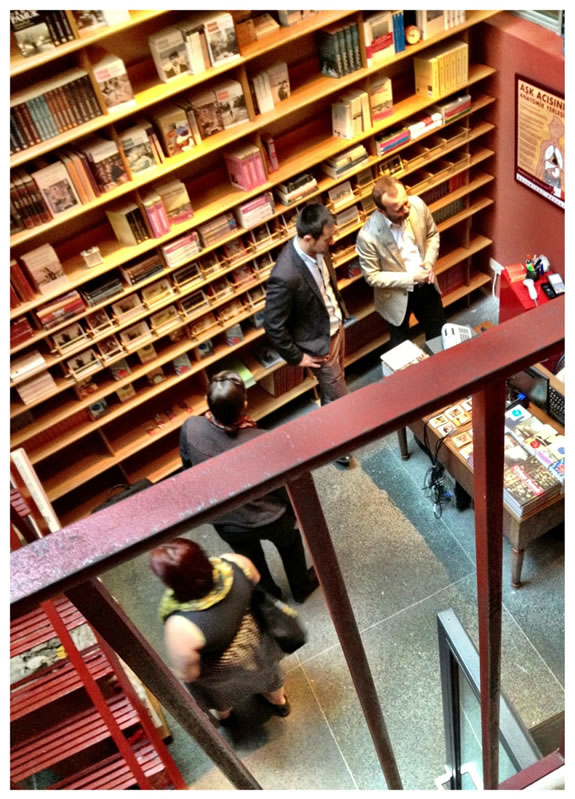 12 years in the making, it’s an extraordinarily detailed effort by Pamuk [below,]
who bought the house and designed the experience personally. 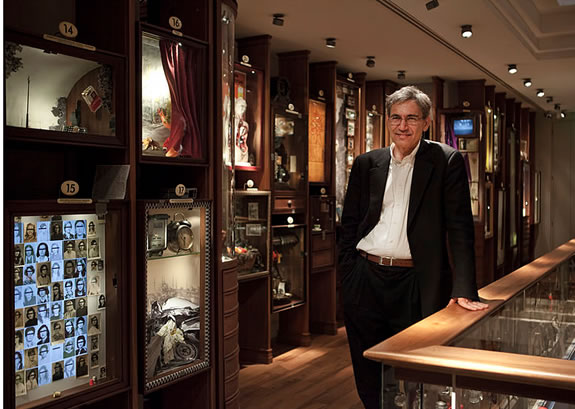 Defining locality and brand presence What is on the surface and lies beneath? I was walking in the dark -- that, a metaphor unto itself -- and looking on the street, with the light filtering and flickering in the wind-riven trees, casting quivering shadows in the distant street lights, and I found this spray-painted sign;…

The Craft of Making Senses In the spirit of sensate journey, being out there, I was digging around in the basement of an old building in NYC, down south, Soho way. Late 1800s -- a subway nexus, just off Houston. While I was there, looking for stories, things happened. Dust rose in the still air,…
We use cookies on our website to give you the best experience on our website. By clicking “Accept”, you consent to the use of ALL the cookies.
Do not sell my personal information.
Cookie SettingsAccept
Manage consent