Digging In, the Soul of Story, Brand: 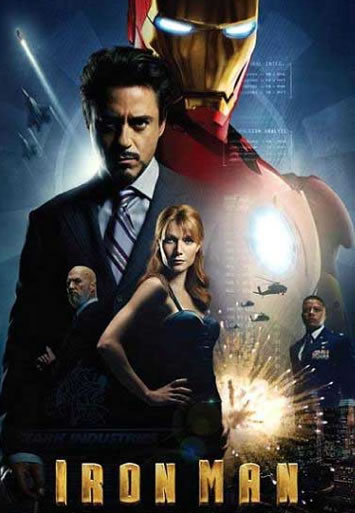 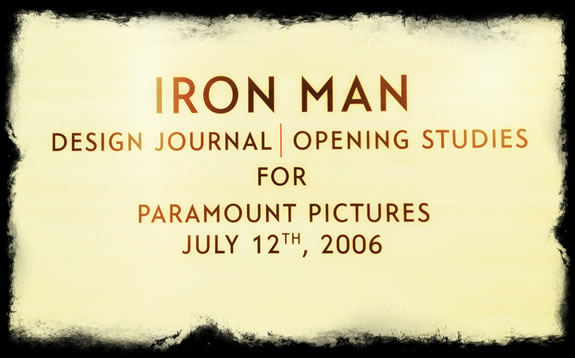 I was moving through, collecting and organizing some earlier Girvin studies for Paramount Studios, and hanging out in the theatre, looking at titling treatments, graphic identities for films and one sheet theatrical campaigns,. In a client request for storytelling — writing the script for a string of presentations and product stories — I’ve been contemplating the structuring of process and meaning — “how do you tell a story?” And, in thinking about storytelling, in brand, enterprise, people, it came to me,
this question:
“how does that happen –
how does it work?” 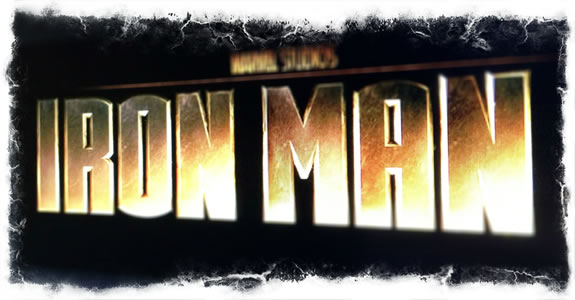 It works by this process:
• investigation — to trace back, to look for vestiges [that is what is left behind;]
• archaeology — a study of “the ancient words, the people, the [rule] from another time” — it’s a matter of digging into the layering, the sediments of the past, and
those messages and visuals and
their “rules and rulers.”
• interpretation — to “spread, explain, expound and understand.”
And, importantly, to act as an agent;
and
• invention — finding, and coming to a new place — in, literally, a new “venue.”

To tell a story, you have to know it.
And for us, rule one is always about knowing the truth of the telling.
We use a modeling that is closer to journaling and cartography, more than conventional research — gather up content, learn the legends, know them —
so that objectively, then subjectively,
you can feel them, speak the language fluently.

Tell the story right, and —
like light, sound or water —
it will ripple
out in waves. 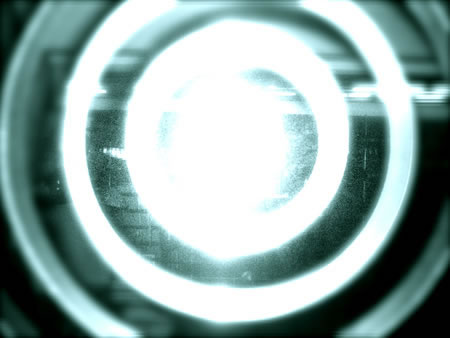 In any telling — you need to know who you’re talking to, what “language”
you speak and how the story can be retold.
People only listen to that which they will “hold.”
If they don’t get it, the story slides away.
If it’s not in their “language” it won’t be understood.

In our efforts with Paramount, when we started working on Iron Man — and more specifically — the relationship between Paramount and the emerging partnership with Marvel Studios and we did that work two years before the release of Iron Man [1]. Our work was to begin to examine that linkage, the interpretation of that storytelling legacy, from one point [Marvel] to another[Paramount.]
How could that modeling happen,
be interpreted?
That legacy continues,
and watching IronMan 3 recently
reminded me of those earlier efforts,
those days on The Lot on Melrose.

The work comes down to digging into the worlds of the story as it was, seeing into [in this instance, the soul of Mr. Tony Stark, the Iron Man].

I see these studies in the layering of brand, storytelling, design as a sequencing of study, investigation and Girvin “journal-making.” That work, as a study, works like these, shown below — from armor studies at the Metropolitan Museum of Art to diving into the comic books and the stylistic legend-building around Tony Stark.

If he signed his name, what personality
would his writing evidence? 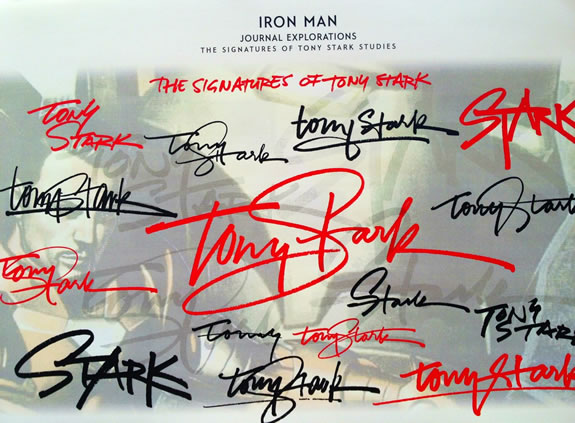 Studies, to finding the soul —
and visualization of brand, Tony Stark and Iron Man.
Journal work, below: 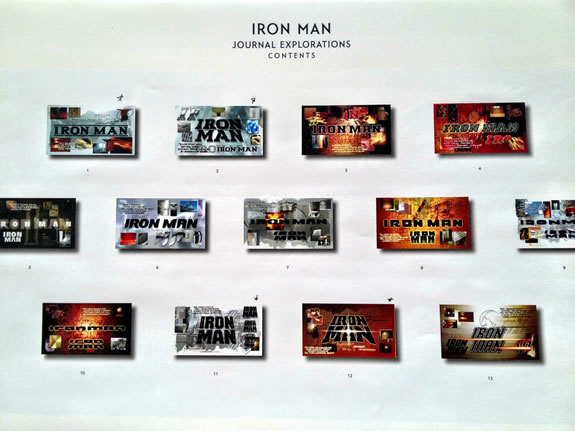 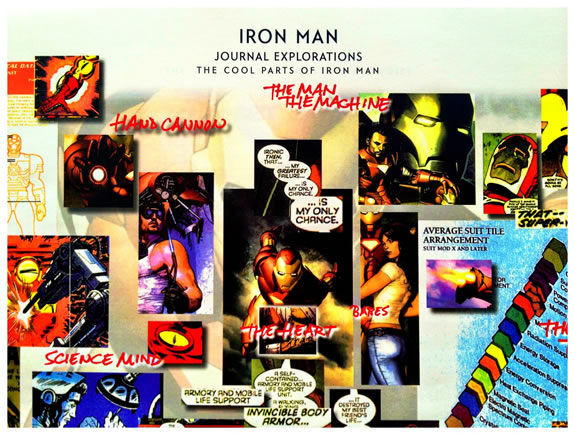 Details of the explorations —
working sheets
and
study sketches: 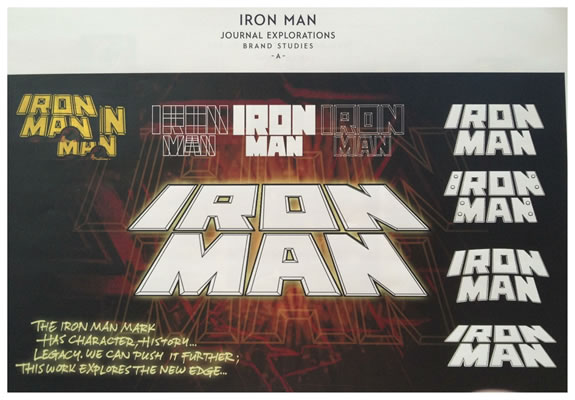 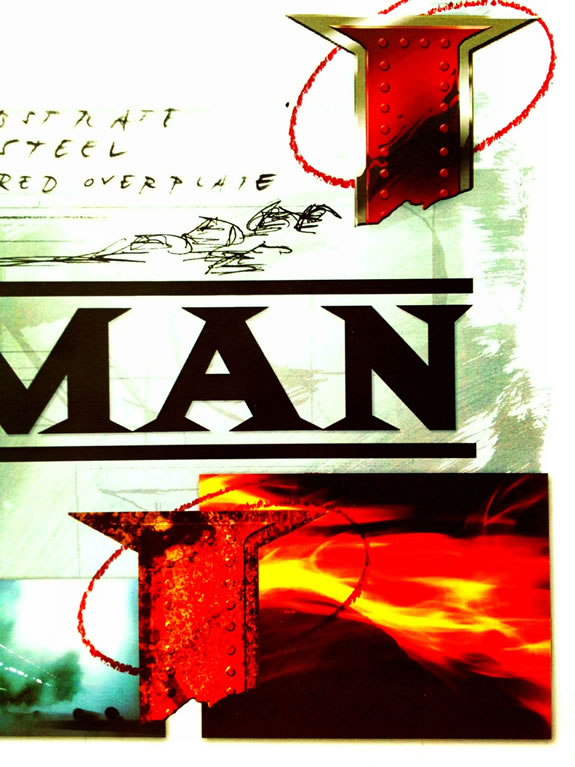 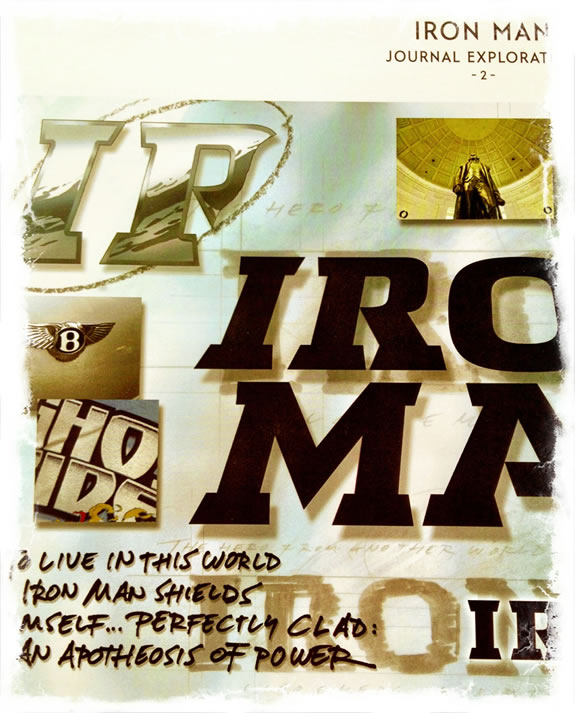 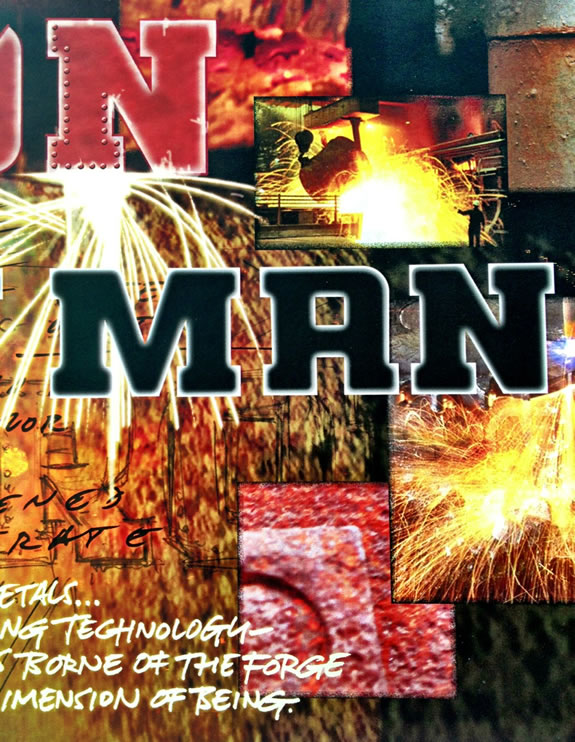 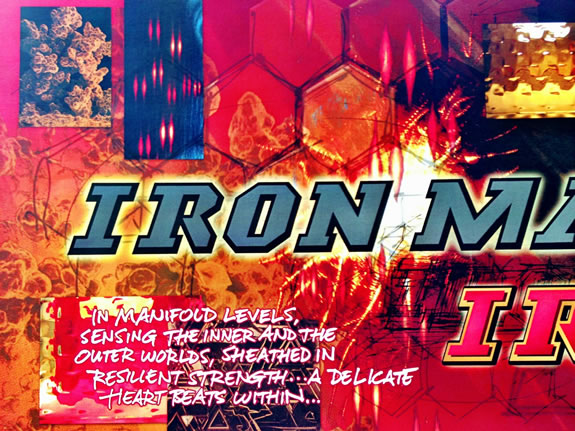 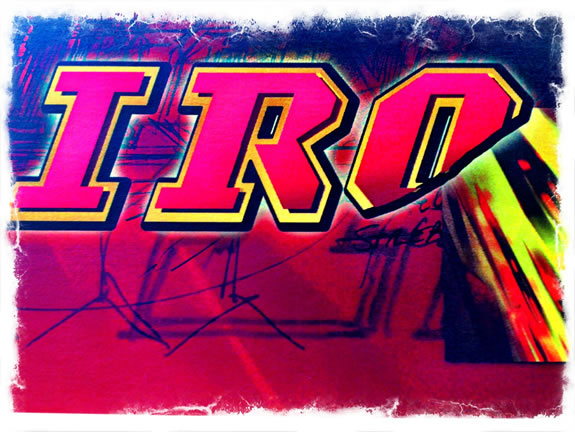 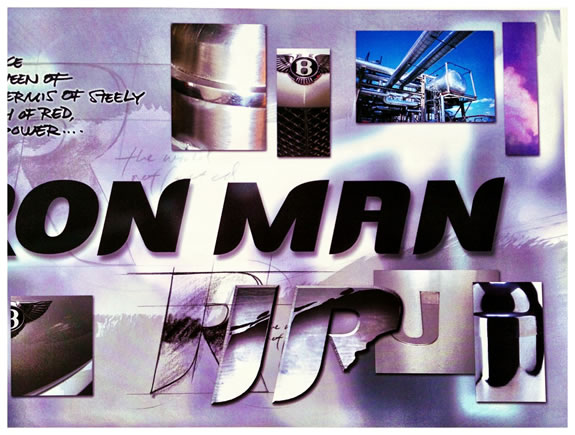 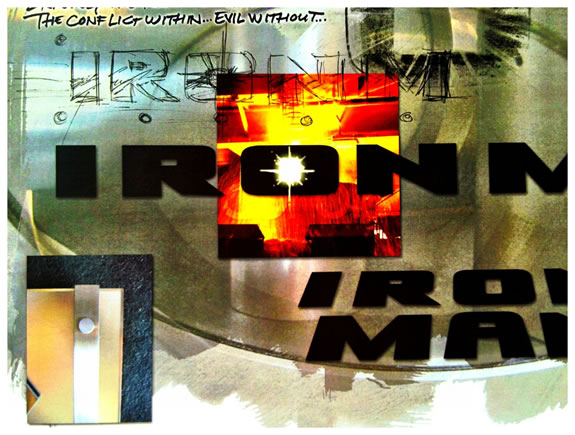 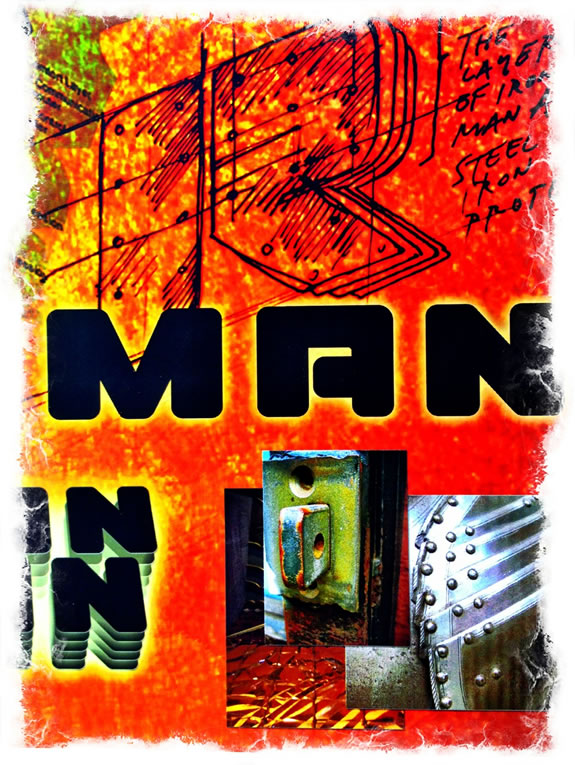 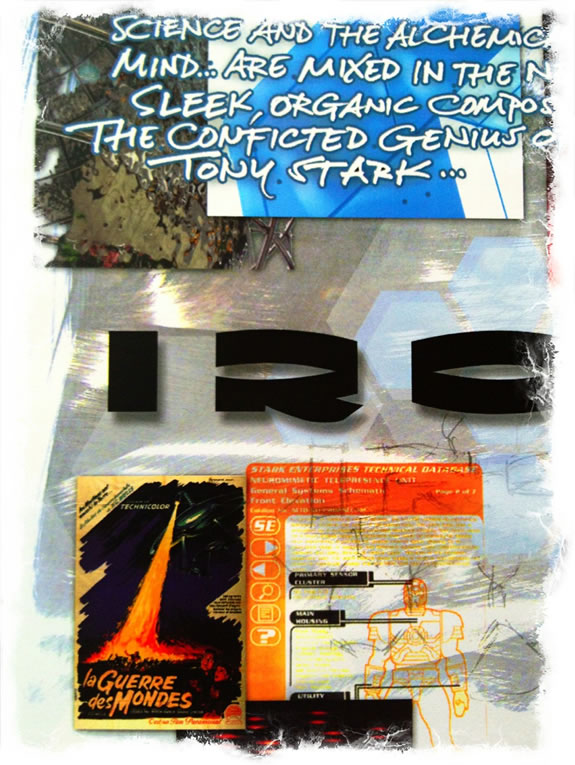 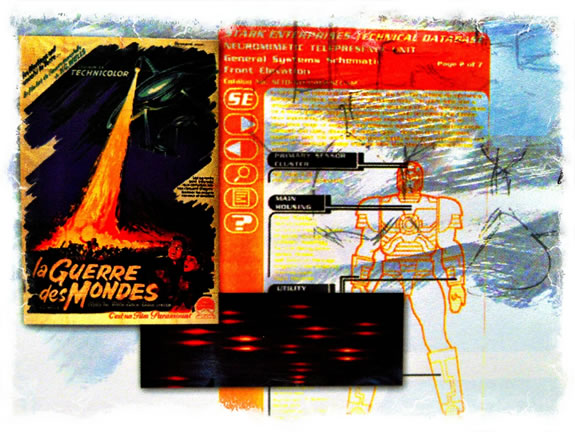 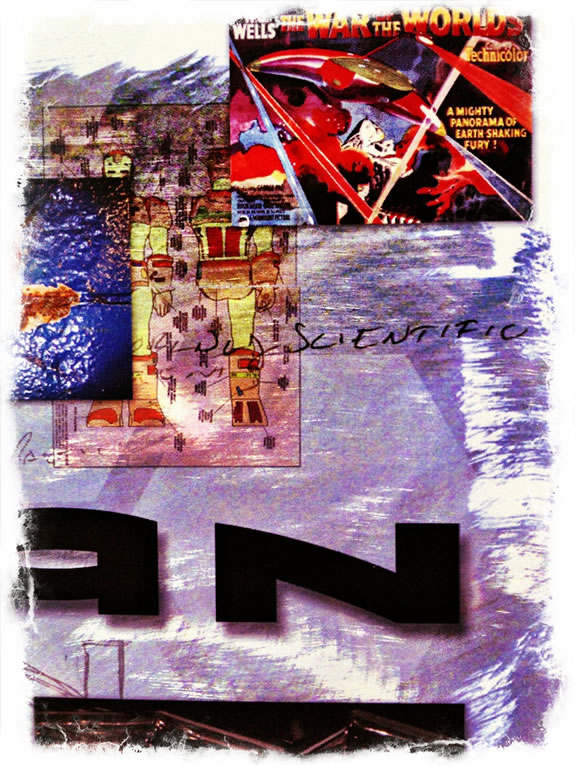 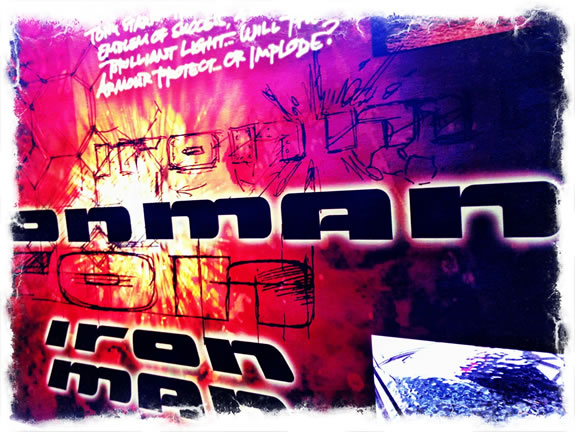 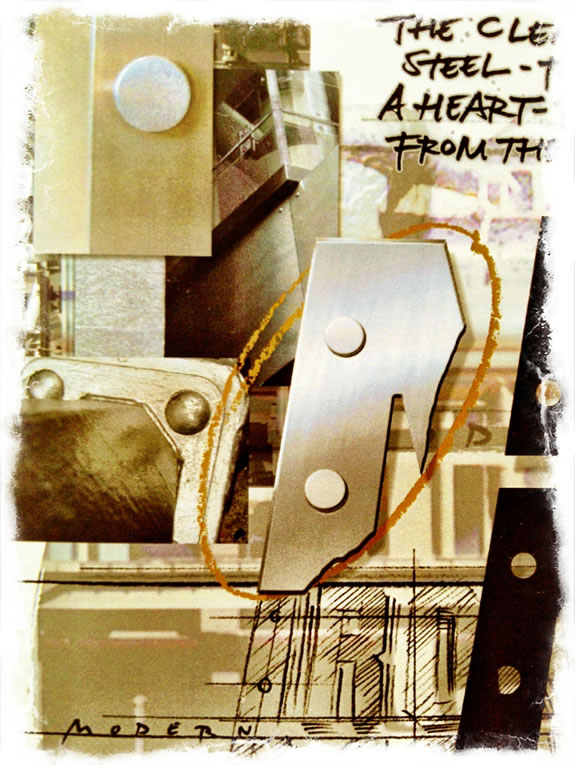 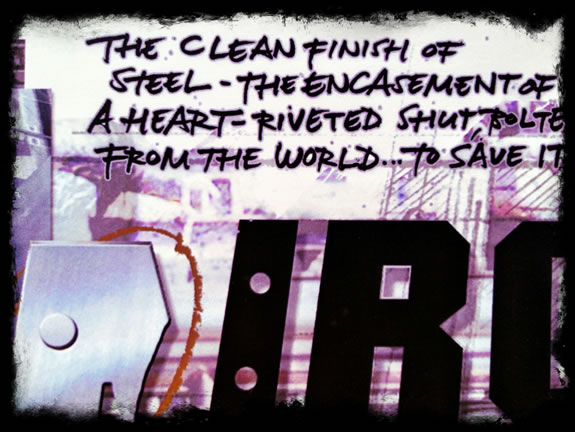 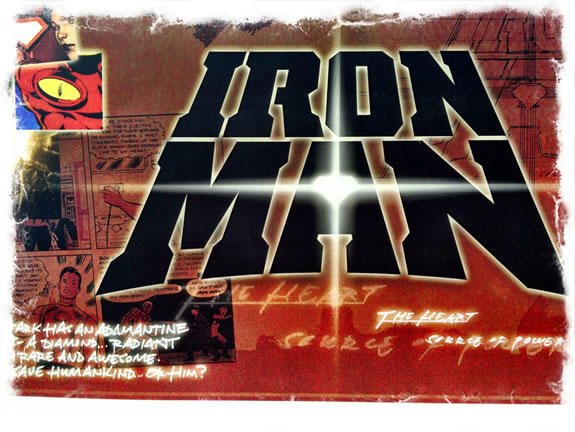 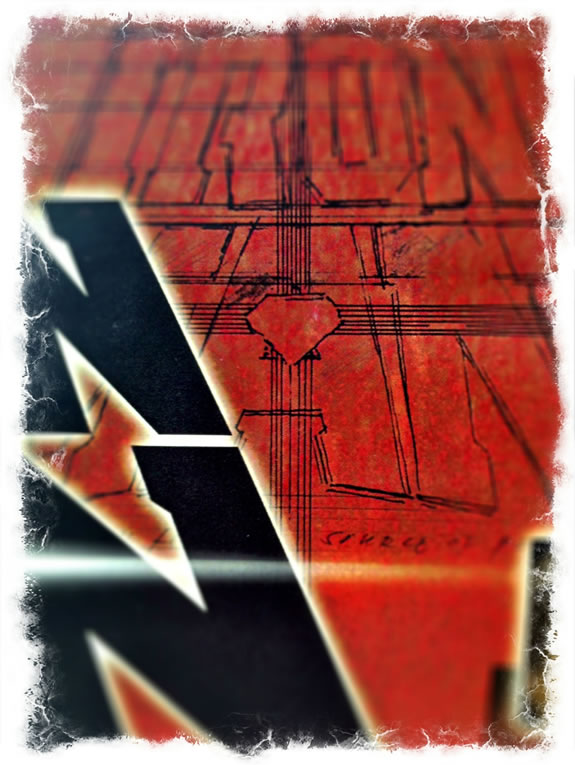 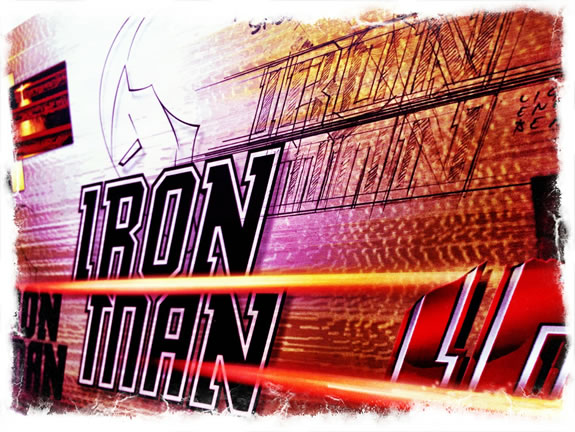 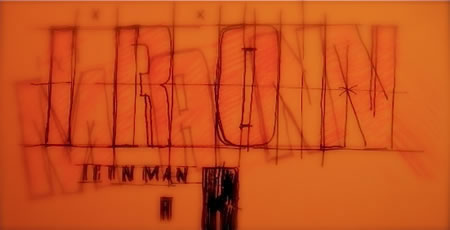 G I R V I N | The DESIGN of MOVIES
THEATRICAL BRANDING + ENTERTAINMENT
IMAGINATION: AND THE TOOLS TO MAKE IT HAPPEN
http://bit.ly/1afeVIQ

Telling the story by hand and meditation. I can recall designing and writing out a phrasing by Michelangelo Buonarroti, "By hand, which follows mind and meditation." It's actually a telling that follows a longer contemplation: "The best of artists never makes creation That is not hid already in the stone In marble fixed and yet…

The Vibe of Place

The Spirits in An Environment I was walking in a place and I realized, for a moment, that I was alone. But there was something there, studying the sensation of environment. It had to do with the holism of the sensations -- light, warmth, breeze, the former presence of others, messages and signs. When I…
We use cookies on our website to give you the best experience on our website. By clicking “Accept”, you consent to the use of ALL the cookies.
Do not sell my personal information.
Cookie SettingsAccept
Manage consent