Examining the identity, specificity in design, architectures of light — and the creation of place-making: holding and containment in space. 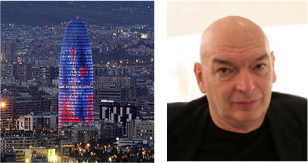 This blog is a journey.

I find myself exploring architecture a great deal. Pretty much, all the time. What I’m curious about is the idea of containment. Containment, the word, the concept, is an interesting world. Continent comes from it — the land. And so does the idea of holding. There are many ways to hold things. If you think about that idea — holding something, you might think about it in the context of your self. How do you like to be held? And how would you like to be held in a place — a containing space that makes place?

First, something about that notion of holding — containment.

As with anything, I look to the root of things — what sequencing of language origins at the heart of that concept.

continue: c.1340, from O.Fr. continuer (13c.), from L. continuare “make or be continuous,” from continuus “uninterrupted,” from continere (intransitive) “to hang together” (contain). Continual is early 14c., from O.Fr. continuel, from L. continuus. That which is continual is that which is either always going on or recurs at short intervals and never comes to an end; that which is continuous (1642) is that in which there is no break between the beginning and the end.

There is a chain here, because, literally — there’s a string that links the heart of the ideas.

Hold me. There is a threading, something that ties me to a state of presence — a condition of attention, holds me — connects me, keeps me in(side) a place, teaches me something, allows for recollection…

I contemplate, I query the idea of coming into a space — and finding — place. My connection, literally, is about finding a place of attention, focus, holding — placement.

There’s a story here. There’s a story in place. In being in that place — in the experience of that — I sense everything that is around me. And the story unfolds. Contemplating the etymological thread — I go from containment, to continuance, to holding > embracing the tenet — the principles of binding.

There’s a concept of holding in psychology that relates to the idea of being held — as in the binding between the mother, even as a receptacle, and the baby. That theory suggests that being held is something deep. And in a way, that holding is about embrace. When you truly connect with a place, you are embraced by it — you are held.

So the string of this examination relates to a kind of binding — an enclosure — a threading between you and the character of your environment. But what is really important here is the idea of how this conceptual thread relates to the person. Me. You. How are you tied to place — and space?

I was talking to a friend about this concept:

in entering the forest, you are enclosed. You are contained — an experience of sensate enfolding and embrace. There is a whole filtration of experience — you sense things: light, scent, texture, even taste — at all portals of contact — each of them “filtered” by the very character and texture of what is around you. The forest is containment — it is a enclosing filter. The filter is not only the forest and how it shifts and sifts content to you — but you, too, are a filter to what you sense. And, perhaps, in this wandering in the forest — this sensual exposure — a story unfolds and the resolution of memory emerges.

I realize that this illustration might be rather challenging to grasp.

Moreover: each one of the forests shown below, memory holds — but not merely as simple recollections, rather as a complex of stories and sensorial attributes of what being in them has meant. 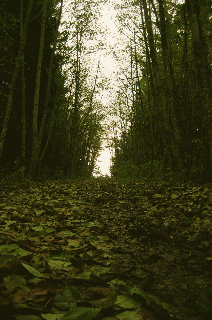 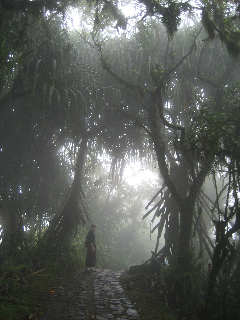 Walking with my parents, my lover — winter snows on an island in the San Juans — crisp, iced paths, brilliantly illuminated, bittercold. 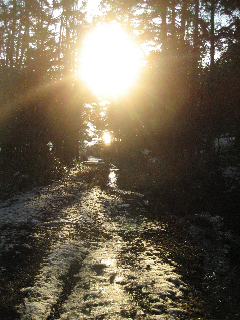 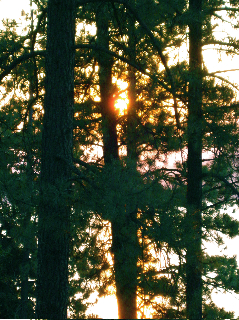 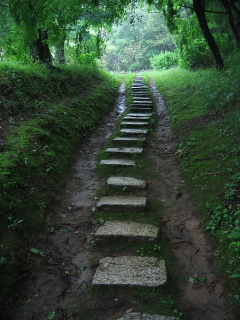 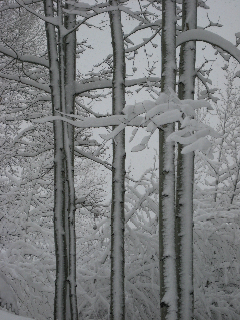 What could this possibly have to do with Jean Nouvel? I believe: a lot. Because in the design of architecture, you have the potential to empower space, create place, in just this way. Making place like beauty. And in studying the work of Nouvel — particularly his first work, shown below, that concept of containment and filtration comes clear.

Jean Nouvel was born in 1945 and is, perhaps, the definitive “French architect”.

Classically trained — Nouvel studied at the École des Beaux-Arts in Paris. From there — in a manner that one might declare, as well, another French architectural alignment — Nouvel was a founding member renegade studios of Mars 1976 and Syndicat de l’Architecture. He been awarded a number of prestigious distinctions over the evolution of his career thus far, ranging well over 40 years of creative invention. These include the Aga Khan Award for Architecture (technically awarded for the Institut du Monde Arabe which Nouvel designed), the Wolf Prize in Arts in 2005 and the Pritzker Prize in 2008. And, added expressions of acknowledgment — honorary degrees from the University of Buenos Aires, the Royal College of Art, London and the University of Naples. And expanding the litany — Nouvel is an Honorary Fellow of the American Institute of Architects and of the Royal Institute of British Architects. In 1997, Nouvel was named Commandeur de l’Ordre des Arts et des Lettres. He is also Chevalier de la légion d’honneur. A number of retrospectives of his design thinking has been shown at museums and architectural centers. These are all characteristics, I suppose, of what one might define as quintessentially French brilliance — and they emerge from his career. It’s a legacy, in a way, of the fluency of French design that extends for hundreds of years.

Others, that stand in this lineage, I’d place as:

By 25, finishing school, forming a partnership with François Seigneur, he received a valuable position in the directorship of the seventh edition of the Biennale de Paris — commencing 15 years of exhibit design and theatrical and arts connections. Following in the legacy of French ligatures of art, politics, philosophy led to the origination of the co-founding of Mars1976, and later, his Syndicat. Nouvel coordinated the rejuvenation of the district of Les Halles and he created the first Architectural Biennale in Paris, 1980.

What first captivated me about Nouvel was this project, the Arab World Institute — perhaps the real sparkling of his genius, to my opening explorations. When I first saw this structure, I was struck speechless. 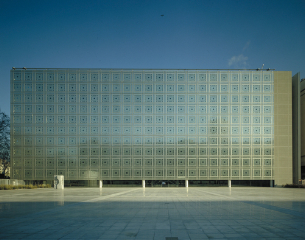 IMA http://www.imarabe.org/index.html: The Institut du Monde Arabe or Arab World Institute (AWI), in English, was established in 1980 in Paris. 18 Arab countries concluded an alliance with France to establish the Institute to disseminate information about the Arab world. This alignment set in motion detailed research to explore and advance Arabic and the Arab world’s cultural and spiritual values. AWI is focused on promoting cooperative cultural exchanges between France and the Arab world, particularly in science and technology, and contributing to constructive evolution of relations between the Arab world and Europe. 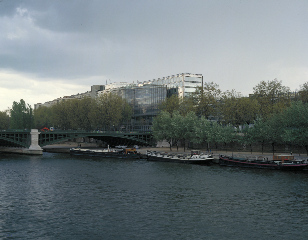 The Arab World Institute has two faces — the north side, facing the river, the building is sheathed in glass which is blast-etched with a white ceramic image of the adjacent skyline. On the south side, the wall is engineered with a complex matrix of moucharabieh, the latticed screens found on balconies and courtyard details in Arab countries. The screens are beautifully synchronous grids of automated lenses used to control light. 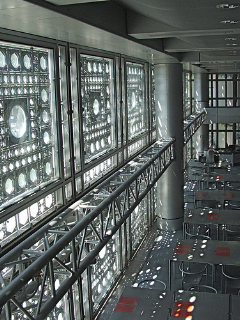 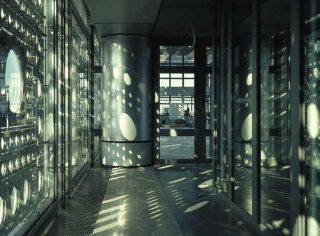 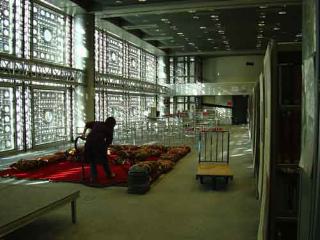 The synchronous concept of computer monitors external sunlight and temperature is an innovation that was well ahead of its time — decades before other computerized systems were in play (artfully, at least) that related to solar movement, heat and light utility. The motorized diaphragms automatically open or close as required. Inside the museum, light and shadow are integral parts of the design — and herein lies the relevance to the opening exploratory.

Light, space, meaning, memory — and the filtration to the senses. Forest like. 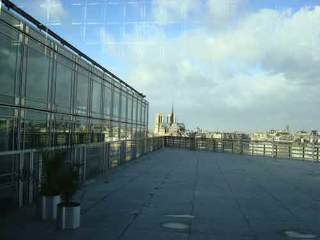 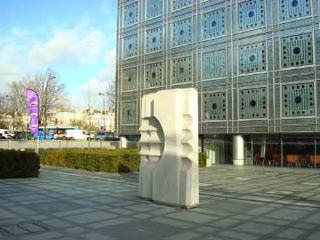 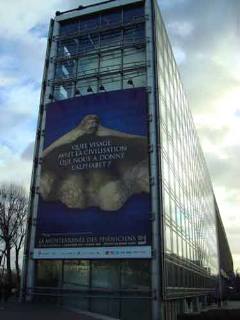 Other explorations that are compelling expansions on his thinking: 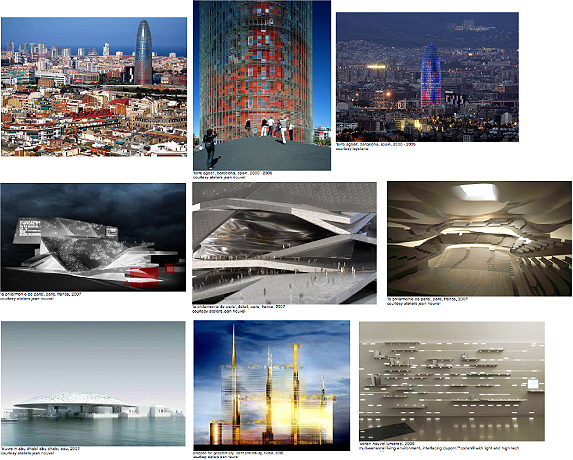 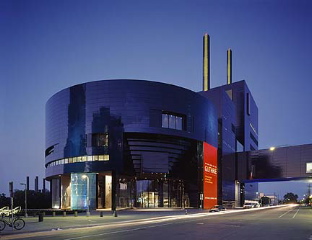 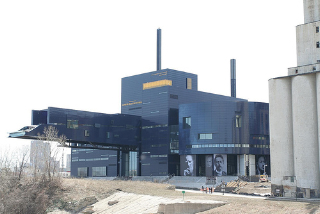 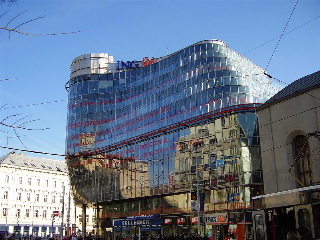 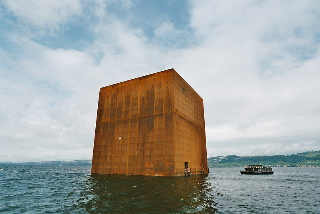 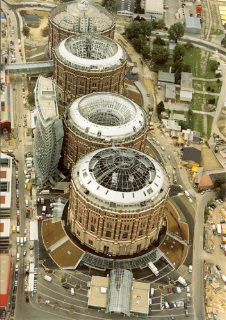 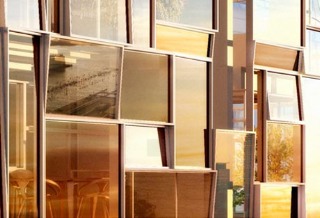 Stylistically, specific to context and challenge. In fact, in any evaluation, there’s nothing that particularly says — this is the work of one man’s studio. There is no alignment, no details that say — this has to be Atelier Nouvel. 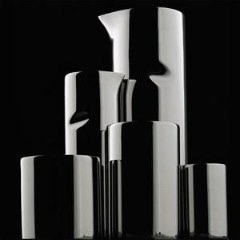 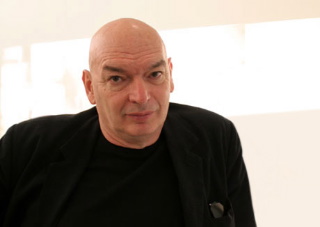 What about answers?
“I am very sensitive to the ‘architectures of light’,
the many cathedrals and the churches of the 11th and
12th centuries, for example, the ‘saint chapelle’ chapel in paris,
or much later, the ‘maison de verre’ by pierre chareau.”

“Every person has his own reasons, he would need to analyze
them and find his own path.”

“I am not afraid of the future, no. I don’t care about
the future. I care about the present.”

Exploring more, to design thinking and the filtration of content and experience would be found at the center of his expression online. I’ve referenced this earlier https://www.girvin.com/blog/modernism-decoration-and-patterning-in-placemaking/. His website: http://www.jeannouvel.com.

There’s something to patterning and sequence here. The site centers on a axial framing — and all of the details of the structuring emerge in accessing the various components of the site. Perhaps most inventive is the project list access. Given the movements of the complexity of his projects, that expanded axial treatment, noted below, is compelling. 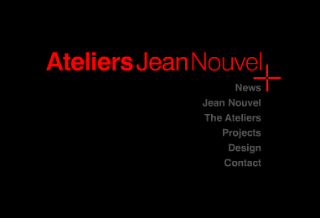 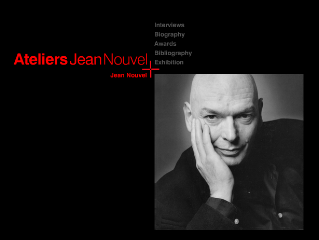 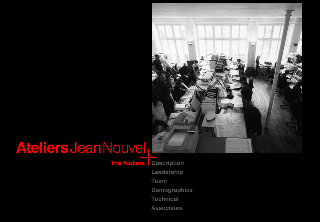 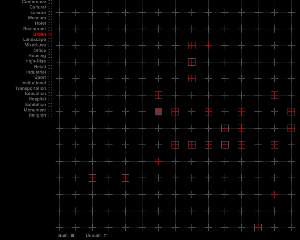 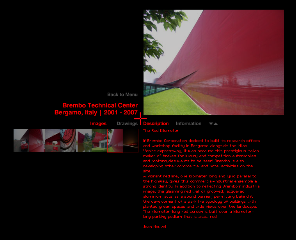 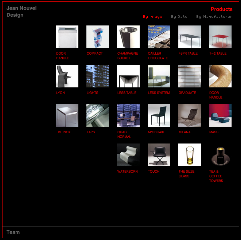 Examining the line between design, fragrance and the mystery of making. There's a mystery between the concept of design, creativity and the magic of concocting and sequencing outcomes, whether in the visualization of clothing, style, or in the mystery of scentmaking. Some reference, to personal storytelling: Just last week, I was working with some clients…

The Bird's Nest, Beijing & the Weaving of Energy & Ideas

8*8*8*8 -- weaving numbers & ideas, energy & good fortune, art & architecture. Reflections on the design of Herzog & DeMeuron and the Asian Basket collection at Girvin | Seattle. I've made some notes in the past on the concept of the bird's nest -- but not so much, alone, the idea of the nest…