Fear of Missing Out — The FOMO instinct 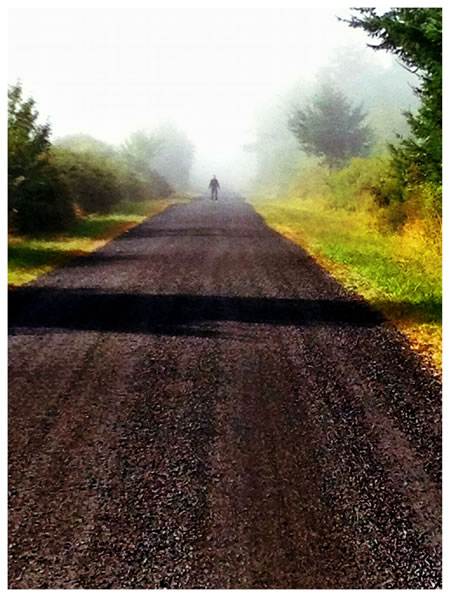 Could it be that FOMO is really tribal disconnection?

For some, the idea of not being on any social network is a matter of personal pride. There’s something to it that suggests that this person is on their own, independently spirited, they’re roving, moving and shaking on their own, offline, off world.

I have friends who are clueless about Linked In, off-line to Facebook — no idea what FourSquare might be, rarely studied YouTube, let alone the community of Behance. Considering the move to an off online world is a relatively big undertaking, shaking loose years of tentacles of being synced into Linked In, Facebook, FourSquare’d — and intentionally now dared to disconnect — as a form of new focus and attentiveness. The issue might come to the truth of relationships — how many real friends, real relationships have you in your community? Is it better to be swaying in a throbbing mass of essentially unknown friends, but part of a crowd, or to take the path of the risk of being a solitary wanderer — alone, and far from the din of the madding crowd and the panic of being disconnected. Or better articulated, perhaps — not being involved. Being involved is — like evolvement, part of the etymology of the volute, the spirit — not being involved means being out of the spiral, off the ripple. Outsider.

The argument might be taken that the power of communication lies in the point of the opening dropped message — and from there, where does it go? If there’s rippling and flow, from where does it flow outwardly to?

Do I need to be in a group, do I feel better — being surrounded by people?
Or do I feel better, the solitary, the student of the swirling crowd — whirled out of the whorl, for now?

That question — what feels right to you — being in the comforting crowd of all your online friends, or — perhaps alternatively remote and quiet, distanced from the Mass?

I have my answer.
Here.

Sometimes the best restaurant concepts are the simplest, the most honest, the most direct. They go back to the heart of giving, exchanging and trading enterprise. Asking the core questions -- Why [do we love this idea -- devoting ourselves to it]? Where [will we be going with this idea -- will people that are…

Could it be old, then new, and beautiful?

RETHINKING ANCIENT DESIGN -- REMADE NOW, NEW. I'm interested in the idea of old [even ancient] design strategies rethought, to new principles of action. My own history is about scouring and memorizing 2,500 years of alphabetic history, and dreaming new utility in the hand-made crafting of letterforms -- and thereby, drawing ideas, illustrating thinking in…
We use cookies on our website to give you the best experience on our website. By clicking “Accept”, you consent to the use of ALL the cookies.
Do not sell my personal information.
Cookie SettingsAccept
Manage consent