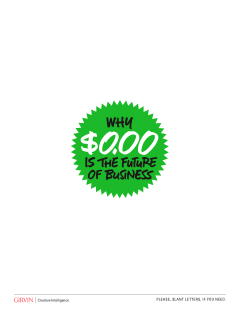 Margaret Swart, a friend from long back, asked for me to do something that one might think of as odd. Unusual. That is, to create a hand-lettered cover for one of the top rated technology magazines there is: Wired. A magazine that uses a hand drawn script for the cover?

This is an off shoot of Chris Anderson’s (longtail.typepad.com) earlier telling and finance and trade modeling overview, a paradigm shifter, oft quoted: the Long Tail (Wired article). I’ve written a little opener to this (www.girvin.com/blog). His new presence: Free!, currently on the stands – it’s all about the notion of finding and building commerce community and relationships that are literally given away. The premise isn’t new, per se – it is about drawing connections with offerings of “free stuff”, but the point is pushing that differentiation with new assertion. Read on: (itc.conversationsnetwork.org).

Here’s the work, in process: 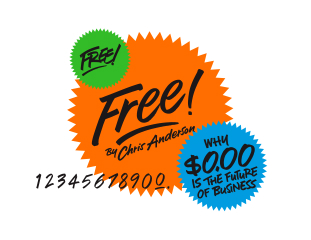 We started out by setting the stylistic direction, which was, to art directorial input from the editorial team doing something that’s reaches to the concept of supermarket scripts from the 60s. Being someone that did that work – literally, scripting “sales” headlines for stores, supermarkets (even identity programs!) that support that visual framing intention, here and abroad: 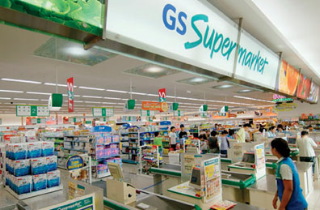 The point of the design is about creating a kind of energetic snipe that’s literally “over-sniped”, that is – the whole cover is a snipe, promotional stars and suns – a series of cordon badges that shout out. FREE! Snipe, in case you are wondering, is a kind of packaging term for a marker to make product announcements, like: “new”, “on sale”, etc. Intriguingly, the word’s etymology comes from sniper – taking a hidden shot.

This treatment is anything but hidden, however.

Here are the final treatments and internal visualizations. 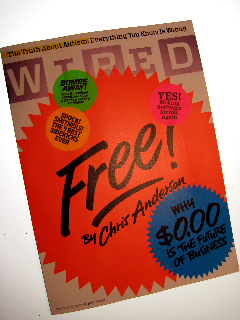 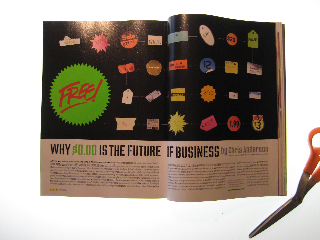 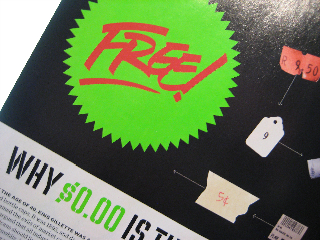 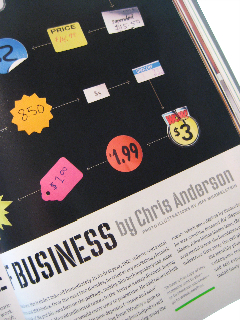 Tell the story, tell it quick, and tell it in a way that the grasp is immediate. That’s the strategy that has been directive for the work that we do. Don’t tell the story to yourself, in a way that seems appropriately relevant to you, as a designer or creative, but who are you talking to. We call that reflectivity.

I'm interested in the work of Herzog & DeMeuron. The Dominus Winery | Napa Valley And who isn't? Interesting, the art of it -- the work that they do. But what I'm fascinated by is the notion of the raw realness of the work -- the truth of story, visual and connection. Truth fullness --…

We've talked about, or I've written about, that idea of retail experience in the context of feeling what the environment might be like. What if there was the chance to tell that story online in a more compelling, livelier modeling? Rather than the usual stuff – stuff hanging on the line. Stuff just sitting there,…
We use cookies on our website to give you the best experience on our website. By clicking “Accept”, you consent to the use of ALL the cookies.
Do not sell my personal information.
Cookie SettingsAccept
Manage consent