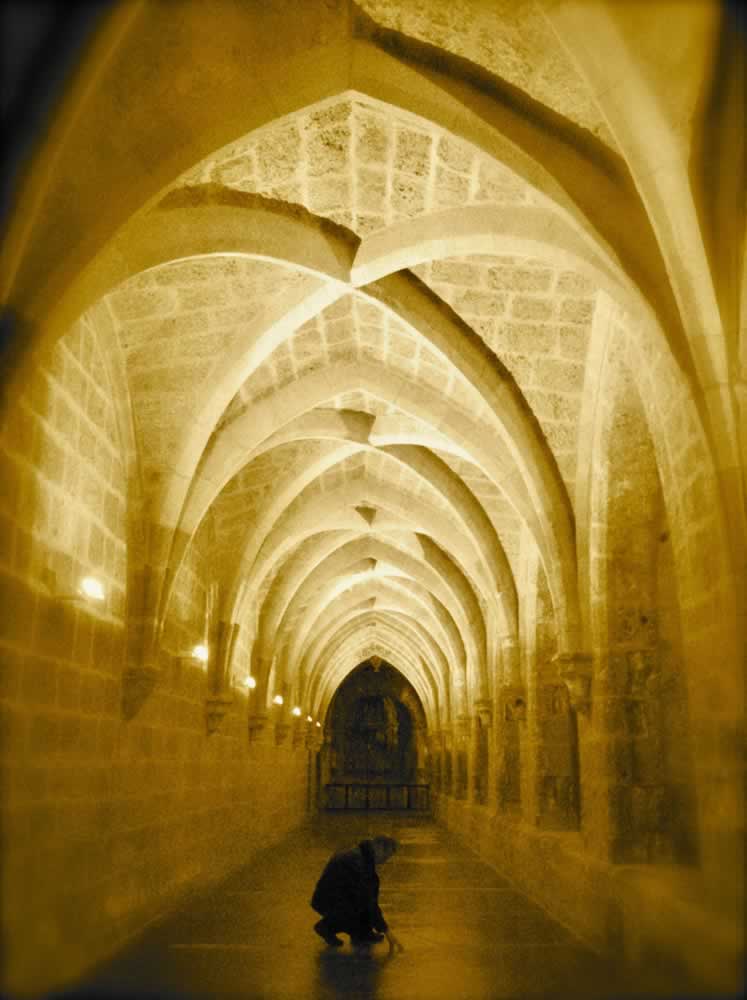 THE QUEST FOR SOUL IN TECH MARKETING.
[above image by @dacarc]

In the legacy of brand — strategy, design and the tactical implications of reach, expansion and expressionism, the exploration into brand and its etymology implies the quest for fire. Brand, as a seed sound in the PIE lexicon of vocalizations. Brand, 5000 years ago was closely to the root sound for “burn,” and later, to mark by fire. Brand in its latest iteration — the mark of an enterprise—as coined by David Ogilvy in 1957 is a tiny fraction of the legacy [ of the word, first penned in a recognizable form in a manuscript at the Viking-sacked Lindisfarne Monastery, Scotland.

Brand comes from an ancient linguistic history of fire-making, marking and burning and making records of enterprises in the form of searingly unforgettable marks that contain a system of commerce. Could be cattle, the earlier recognized alignment of marking assets, 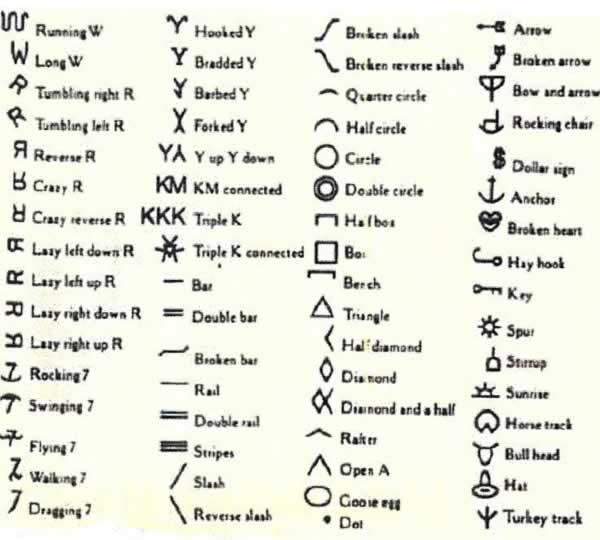 or wood-encased casks of product that are fire-marked. 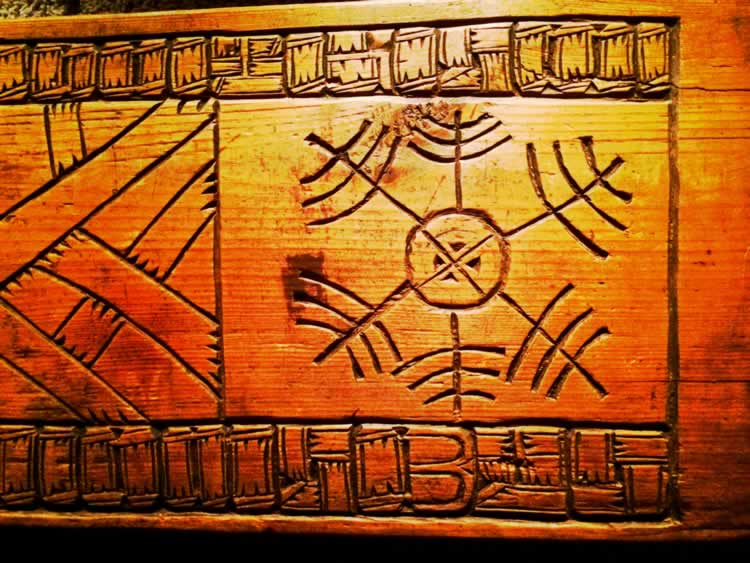 Still, the making of brands takes a passionate and participatory persistence that will, in usual course, be ignited as an action set by the founder or foundress and her founding circle of participants. It’s been decried that no brand could have a soul and in that take—the sketched reach between the finance mechanism and soulful experientiality one could say, “yeah, that’s not real soul.”

And I disagree in the direct memories of working in that intimate partnering in collaborating closely with the key igniters of brand propositions, the values they espouse and the visions they dream.

They’re the start of the making, for every brand is made by a human, for a human, mostly — and there is a soulful genetic set that crosses over, it’s the mark of talent, energy, commitment and the willingness to assertively engage.

The igniters put it
all out
there to win. 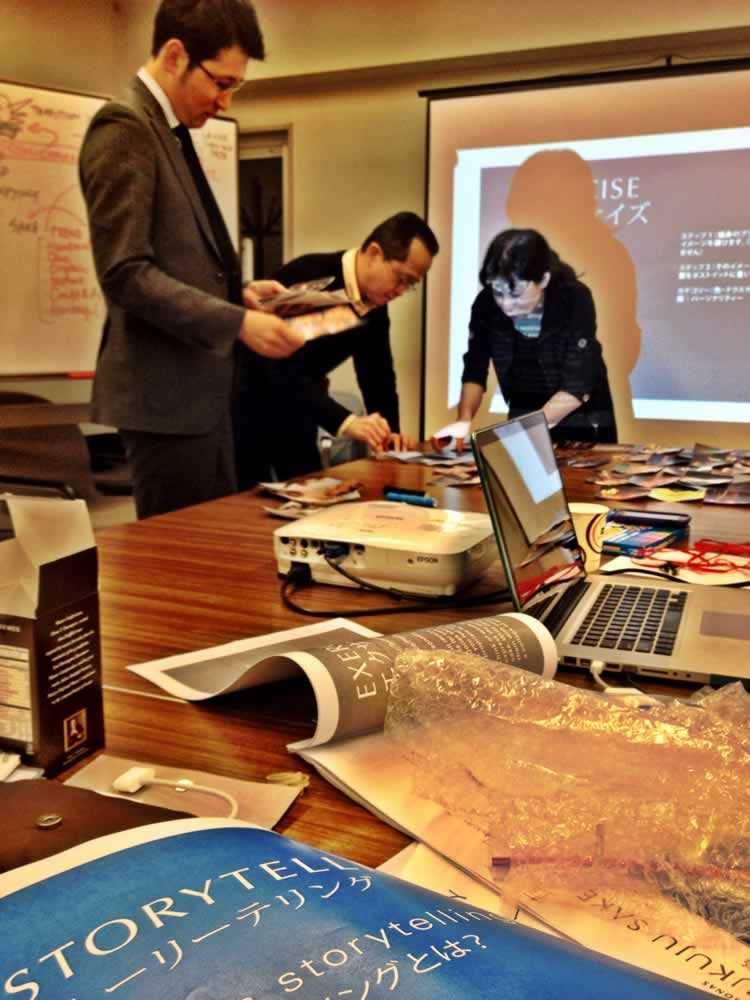 In a recent post and presentation, it was commented, “really, GIRVINtech? Didn’t know” — and this from a tech partner who hired us for soul. Not for tech experience.

But it goes back to some of the most inspirational relationships of my history.

That’s a story well-told to Steve Jobs
and then working with him on the Macintosh, “Tim, can you figure out how this cursor works, could you draw with it?”
Apple retail, the WWDC
and NeXT Computer.

Then there’s the excitedly enthusiastic engagement of Paul Brainerd “and Tim, it’s this new idea I have about ‘desktop publishing;’ everyone can now–do it all; it’s gonna be ‘DTP’.” There was Tom Cordry, Scott Oki and others at Microsoft on DVD – and that rippled out to plenty of others.

We launched the IE2.0 for Microsoft in a world-wide
uplink showcasing the Nature Conservancy.

With Howard Lincoln, Don Coyner, Peter Main and Minoru Arakawa we partnered on the branding and launch revelations of most of Nintendo’s hardware platforms and software gaming realms.

It goes onto museums, other engines—and projects that are scaled in a massive dynamic of complexity — the digital foundations and UI modeling of the online Encyclopedia Britannica, the Microsoft Museum, and others: simple start-up branding developments—AskNow, DeepGreen, Ecash, Intermec, Kajeet, Operand, Psytechnics, QPass, Oridigm|MediQuest, WRQ, among others, in the decades since then. 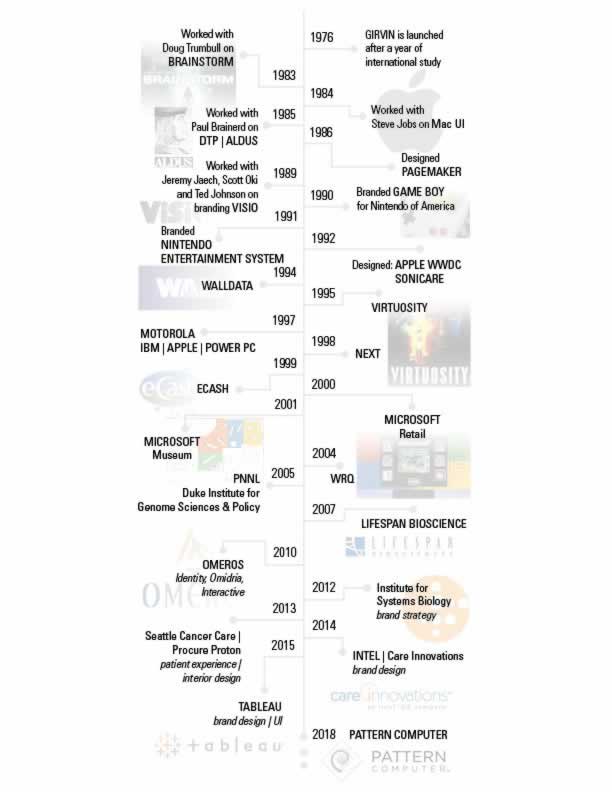 What’s that, really, technology? Etymologically, it’s I wondered, in working with Regis McKenna and Geoffrey Moore – “what’s so different about this, that it would be traveling from a realm that lies unknown, unmapped, undiscovered;”.

Still, there is alignment: it’s how you’re telling a story
and building out a composite narrative that provides
these points of experience:
enchantment [the captivation of the song, the chant of utility [relevance].
There is embracement [the opening commitment of exploration—
to a brand, for example.]
And finally, in this sequencing, there is engagement, which is the route to attachment, it’s a pledge, a commitment—which is, historically, the gage, the valued object, a glove of committing to the guarantee of pledge.

But technology, as a phrasing, even high-tech isn’t new. It’s about 400 years old, then, more recently: 116 years old. Finally, the notion of high-tech,
that’s about 46 years back.

That overview comes from our colleague and friend, Mr. Douglas Harper, who offers:
1610s, “a discourse or treatise on an art or the arts,” from Greek tekhnologia “systematic treatment of an art, craft, or technique,” originally referring to grammar, from tekhno- (see techno-) + -logy. The meaning “study of mechanical and industrial arts” (Century Dictionary, 1902, gives examples of “spinning, metal-working, or brewing”) is first recorded 1859. High technology attested from 1964; short form high-tech is from 1972.

This journey of enchantment, engagement and embracement, in a manner, describes
the journey identified by Geoffrey Moore,
the layering of people’s grasp of a new technology,
that being the chasm,
well-crossed.

This varies from GIRVIN’s theorem — the three Rs, since this identifies, per Guy Kawasaki’s counsel, that the first bridge isn’t necessarily relevance and utility.
The first bridge to early adoption is enchantment.

G I R V I N | BRANDS BASED ON GENIUS
BUILDING STRATEGY AROUND PEOPLE
goo.gl/unZAED

SILENT ACTS: 3. COULD YOU BE INTENTIONALLY BLANK?

THE STRATEGY OF DESIGNING MOTION PICTURE BRANDING. THERE’S A PATTERN LANGUAGE, WHICH IS SENSUALLY INTERMINGLED. IT IS DESIGN, PLACE-MAKING, CHARACTERIZATIONS, CINEMATIC STYLE, SOUND DESIGN, MUSIC. ALL ARE PART OF THE TELLING. To that telling: how is it that the pulsing Brandcode®—the decades-old motion picture score of Lalo Shifrin continues to electrify the character of a…
We use cookies on our website to give you the best experience on our website. By clicking “Accept”, you consent to the use of ALL the cookies.
Do not sell my personal information.
Cookie SettingsAccept
Manage consent