God made a farmer

The farmer in you | II 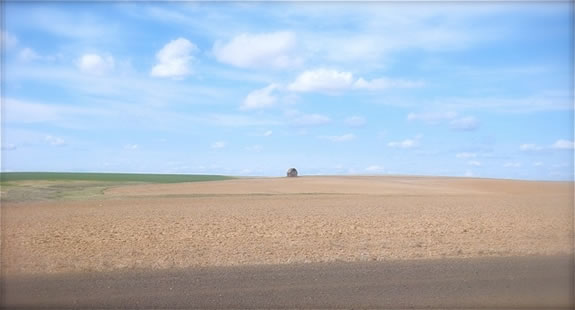 Planting the seeds of ideals,
dreams, the promise in the mission of creativity

I’d written a blog, just back, with meditations on the archetypal character of Dodge’s “farmer in you” advertising. Storytelling from various people emerged, and some asked – “what about your time, your experiences on the farm?”

I ponder that, but I think — what of the meaning of the farm, of preparing soil, planting seeds, watching growth, and flowering?
Harvest and collection. Food.
Metaphors abound.
And align,
to storytelling, process, learnings and gleaning.

When you plant,
seed,
watch and protect,
what comes to mind?

The Girvin Farm has been a respite and retreat for all members of the Girvin community in Eastern Washington [the barn above isn’t the Girvin family farm, but another, off I-90, West of Ritzville, a quintessential image: the lone stanchion, a grain and hay-storing structure, a cattle house, perfectly balanced in the great grandiosity of the nimbus filled skies of the Palouse Prairie.]

The Girvin farm is only 80 acres, a stand that is broadly shared and open-doored, it started as a farm for hay and grain and our family progressively converted it to a tree farm. Not with any intention of ever logging it, but taking the land back to where it was, as a preserve — and, for all of us, a living celebration of our family, and our communing memories of the Girvin brothers, and Matthew, our youngest family member, now passed. And, to our reckoning and calls, his spirit stands in presence in the winds of our farmland.
Some imagery, from the heritage land —
the groomed groves: 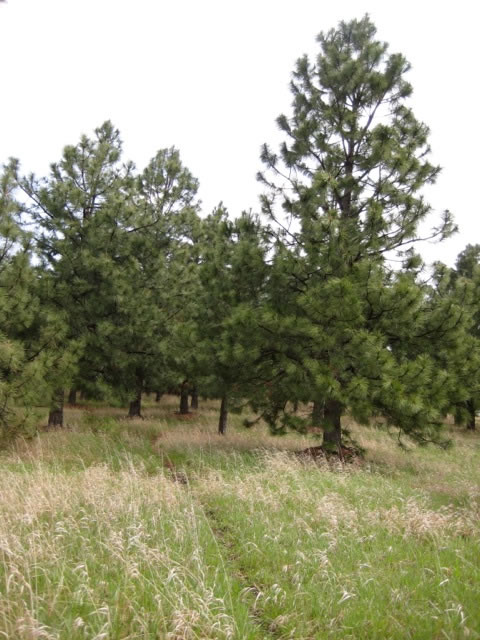 The Plums south of the garden, a river stone cairn: 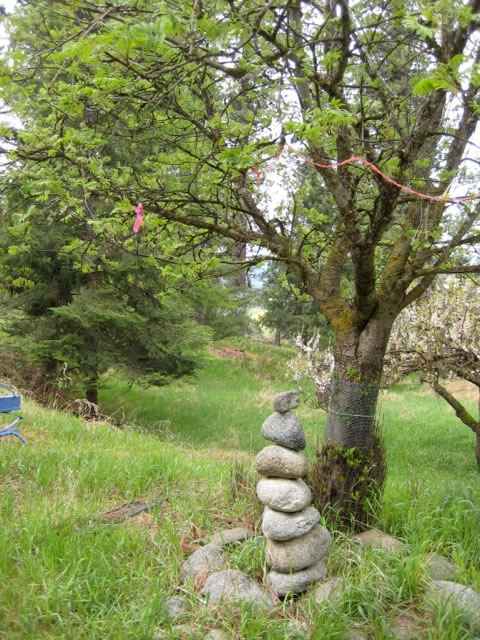 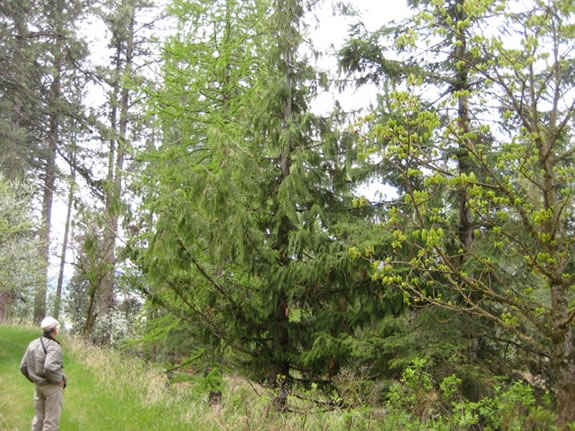 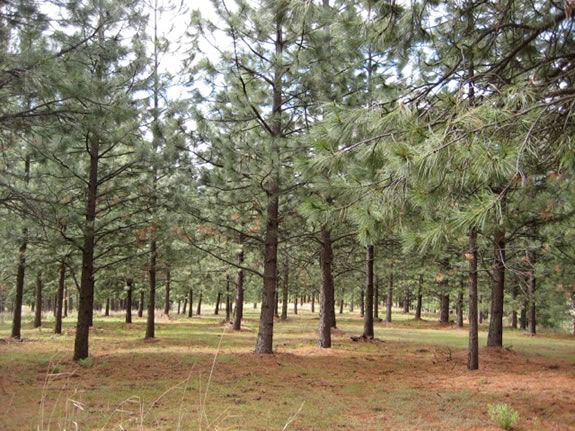 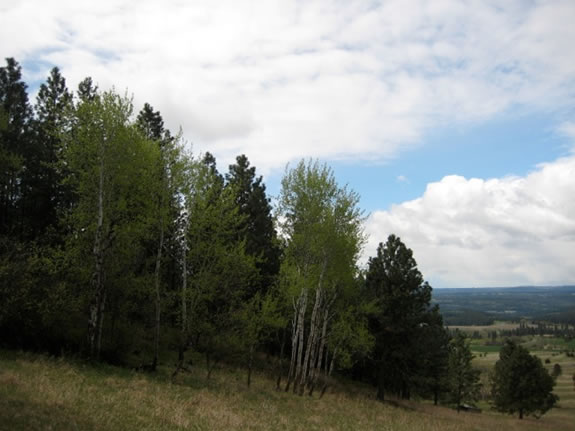 The Upper Spring outflow and the Aspen Grove 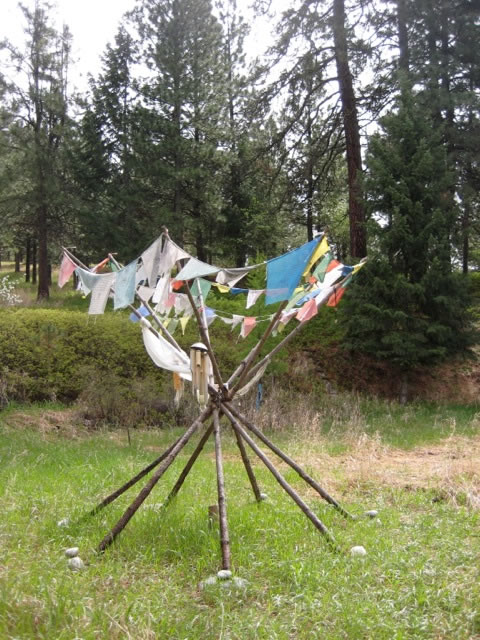 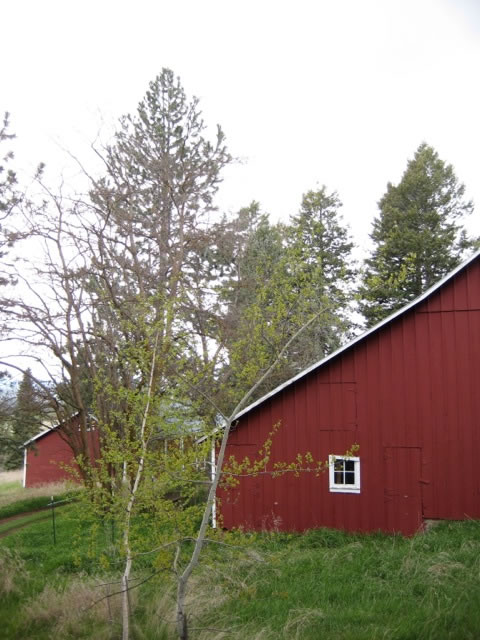 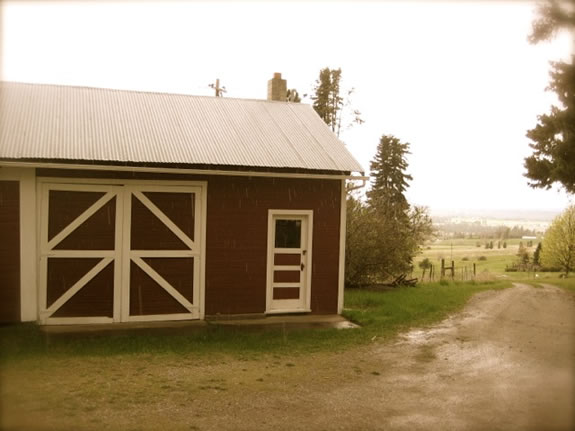 The G:logo monogram for the Girvin farm 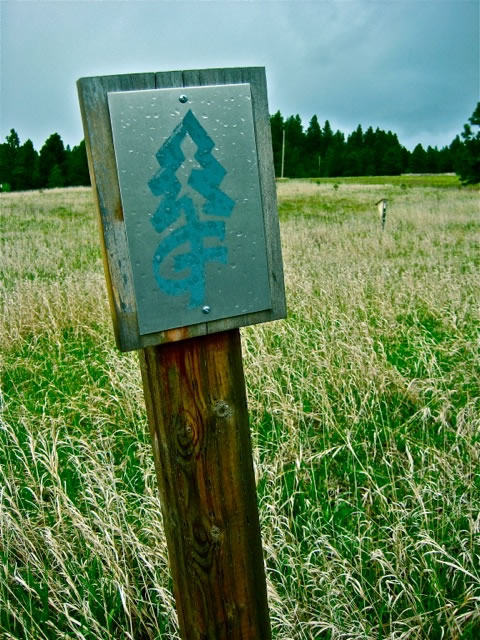 My father, George Girvin — pictured above, studying the Siberian Tamarack — who comes from a Colorado farming family — made the purchase when I was in my teen years. During the opening decade, in clearing out, and burning off, the typical gathered detritus that farmers accumulate, some smoldering embers, deep in the foundation of an old barn became a raging conflagration. The county firetruck making its way up the hills, lost its entire water container in a backward slide — and Dad was up there, battling the blaze with garden hoses fed by a spring in an upward slope from the lower 40 acres. I can well recall his return to the house on the South Hill, Spokane, after a night of fighting the fire.
On his return, most distinctive was the deep scent of burned woods, grains that came off him in a sillage of mayhem.
His arms, too, were blistered with second degree burns.
During the summer months, some years, I was shipped off to spend time on my father’s — and his father’s farm — in Flagler, Colorado.
Bucking bales of halls, driving Combines for harvesting, gathering hay loads, checking cattle, and sorting out to other farms — working as an occasional hand — the sensate character and hard work of that life, still imbued with the truth of the labor. Honest, meaning full.

With all the ruckus about multi-million dollar ad spots for the Super Bowl, it’s remarkable that one bit of strategic storytelling would be so courageously quiet, so poetically peaceful —
and, being in a family with a legacy of farming, this is a potent gather.

The shocking contrary quality of it, given all the others, with rampant humor, smart-ass remarks, explosive visuals and hackneyed over-sell, this is an oasis. Metaphorically enriching: surely, what could be better than being a planter, sower, furrowed, watered rows, seeded.

Courage, made it: beautiful! Still, as known, it’s not the first time that story has been told. And still, the story goes farther back than Paul Harvey’s other, recent, farm-based, story-told voice over.

There are other stories, told, in the making of this effort.
Explore as you will — a note from friend,
meditations on the farmer:
This has extended stills by the contributing photographers and the Paul Harvey Monologue.

There are archetypes and metaphors that reach into the heart of each of us.
We are planters, sowers, seed gatherers, students of the earth, scholars of the sky, cloud watchers.
In being creative — the spirit of the farmer comes forth, in each of us.

To that end,
the power of the ad links
to the heart of all of us,
invested as we were,
in the nature of the American dream.

That dream: what has been,
what is now,
and what shall be.

Small living, the Footprint of Micro places The delicacy of small, thoughtfully crafted, green-built and well-organized places to live in. Working with a housing development team in Seattle, Girvin's ideator® naming team built a naming strategy to support the brand organization of a grouping of small places to live in. Walkable neighborhoods, furnished units, no…

My Experience With Yakuza: the story of Miss Ko, Paris & Brand story in Restaurant Design [GBH] [Imagery, below, from Ko] Brand, patterning, statement, interiors -- the graphical interplay of message, story and imagery. One trip to Japan, I was in Kyoto, and late night, I got the information from a hotel about a men's…
We use cookies on our website to give you the best experience on our website. By clicking “Accept”, you consent to the use of ALL the cookies.
Do not sell my personal information.
Cookie SettingsAccept
Manage consent