I was talking to a girl. As I listened — she told me a story, it was about her life.

I was talking to a girl. 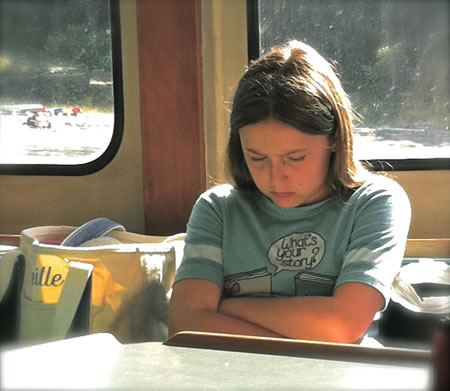 As I listened — she told me a story, it was about her life.
And I told an other — a story, about her story, to another.
And then another, that came from the one story, became another story.

I was talking to a girl. As I listened — she told me a story, it was about her life. And I told another. And then she — another.

Isn’t it like that — you reach to someone, there’s the beginning of a telling; maybe it’s a hint or a whisper, a glimmer – then that story spreads in mind, and there’s another?
You hear a story and you carry that story — in a way, that becomes your story, but it makes you think of another, that’s a threading from that story — then another floats on the wind of the telling.

Stories are like flags in the wind — when there’s a breeze, the uplifting of the telling — more revelations are made — you can see more, and carry it home, in mind and memory. The flag becomes a banner, the story becomes the bridge to the structuring of how you carry it, that telling, that moment — the momentum of instance and re-telling.

Trending scent strategies | the track to knowledgethe vocabulary of fragrances. Do you really know what you smell? I was in the subway, METRONYC with a colleague from GIRVIN | NYC -- and, coming down to the running tracks, he says -- "whoa, that smell -- that's ripe!" The worst smells in the world Speaking…

The Evil that Men Shall Do: The Dragon Tattoo Brand Design Strategy

Logos, fonts, custom alphabets and design strategies: from one sheet to main titles WORKING AS A DESIGNER IN THE THEATRICAL BRANDING Design / Strategy market, the "instinctually" founded process is pebbled with uncertainty and the foibles of a largely intuitive and gut-based iterative idea-evolving process. Logos mean a lot -- it's how people read titles,…
We use cookies on our website to give you the best experience on our website. By clicking “Accept”, you consent to the use of ALL the cookies.
Do not sell my personal information.
Cookie SettingsAccept
Manage consent