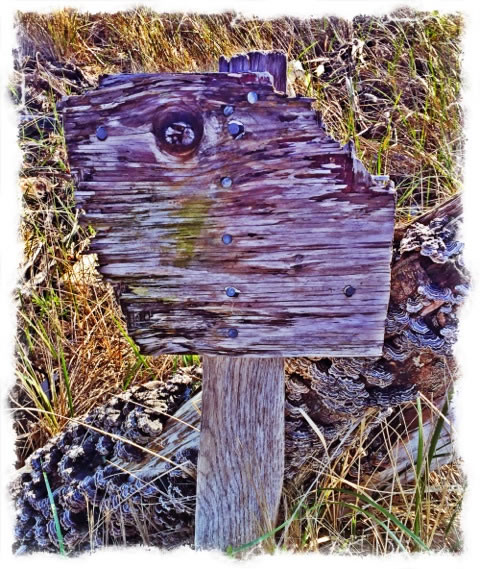 The Beauty of Being Lost
and Finding Found

The signs that point to nowhere.

Earlier, I was in Paris — I was working in an area that I was relatively familiar with —
off Musée du Louvre,
not far from the Seine.

I’d been there, staying there, working many times, strolling around, looking at buildings, shops, galleries, museums.
Got off the jet, went to my hotel, then went out in the misted city scape to explore. I walked and walked into the fog.
And soon found that I needed to head back and rest up for an afternoon presentation.

I started back, and quickly realized that, without my proximate positioning to the Sun [a dense fog] as a key navigational compass [south] I couldn’t figure out where I was.

And then I realized that I was not seeing anything familiar.

So I settled into being lost,
and not worrying about finding found —
places that I knew.

And I studied
more closely
what I didn’t know.

And looked, and walked; and walked, and looked.
No signs emerged that I recognized.
Nor did the shopfronts and winding streets —
so I started asking people, in French, où est-Palais de Chaillot?

I knew that everyone, anyone, would know where that was,
and I roughly knew where Trocadéro was and the nexus of streets and boulevards that would take me back to someplace familiar.

But as I moved through the mist, place to place, I newly found enchantment in discovery — places that I never had seen.

So now I make it a habit — wandering and wondering, veering off the known ventures to places that I’d never seen before.
Habitually lost.

To that, in being lost, and the absence of finding the known founding of a sense of placement, the observer sees more.

And that’s the point — you’re lost.
You look harder to see more of where you are.

And you might find found,
but you could, too, just continue
that sojourn into the unknown.
Being in the place of unknowing forces the traveler to look at things with a newly-cast eye.

To planning, ventures and movement — an unknown territory could be better, to finding the realm of the freshly undiscovered.

In that journey, the finding becomes a eye-opening momentum of moments — each: a surprise.

The Watch and the Sphere of Focus

The Study of Watch Fullness, Surveilling the Terrain Around You. Really, what are you looking at? In the real construct of study, what are you really looking at? I look for allegory and metaphor, inspiration and insight in the journey of the day. Every day, a journey. Get out, look around, contemplate what you see.…

A Person, a Presence, a Brand I was working outside of the city, treasure-hunting. Actually, I was working inside a brand, their teams, looking for treasure — those glimmering and glistening points of compassed reference, the surveilled pin-pricks of a brand mapping, that define a unique territory, a hidden story, a concealed or forgotten opportunity…
We use cookies on our website to give you the best experience on our website. By clicking “Accept”, you consent to the use of ALL the cookies.
Do not sell my personal information.
Cookie SettingsAccept
Manage consent