Inspiration: the finding, the depth, the found

What did influence me? Practice for one, looking for another. I look, I find. I research, I uncover. I dig, I excavate.

When I was in college, I did this one section, this one grouping of studies of the history of the letterform. What is that, anyway? Palaeography. And what I did was dig in, gather the books, call on interlibrary loans, capture long out of print books, scour the bookshops and collections and study, century by century, the history of the letterform. Every one, drawn with the tools of the era, duplicated in practice and in research, every gesture, copied — as a copyist, a scribe of the era might have done — scroll after scroll, rendered. From some thousand years before the birth of Jesus Christ, to the emergence of the industrial age, every script, every reflection of the movement and rhythm of the hand, to learn — fluently, the series of motions involving touch that make the history of the letter. That brings me to knowing, instinctively, the handwriting moves that create something like this for Beowulf, the movie: 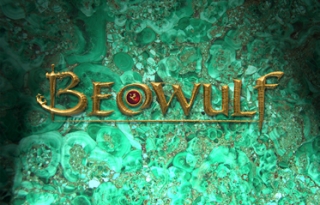 The knowledge of the hand, the movements of it, how the fist holds the pen, twists and turns on the paper to build the forms that speak to an era. That time — 700 anno domini.

Then that sense of language and character, how speech is formed in line and curve finds itself in other treatments, like this one, next. Hundreds of years later, the 1800th century, there’s another story, another evolution on the handwriting transition — the Spencerian hand, drawn with a steel pen on paper or copper. The copperplate script was the palaeographic treatment for this rendering: 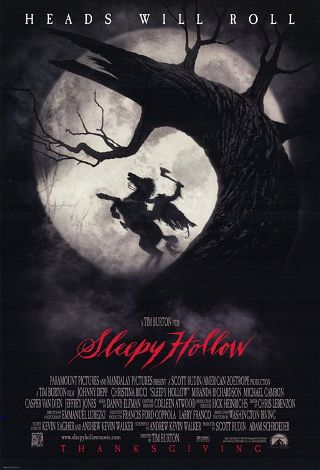 But to the notion of research, the gathering, the work of finding the right idea — there are other places to dig in. And while I’d pursued the exploration of the hand, by studying the hands of monks some hundreds of decades back — then there are others that reach closer to what’s at hand. Like my work. http://www.dafont.com/sleepy-hollow.font

Jens R. Ziehn is the explorer of this and other filmic fonts — like, Shaun of the Dead as a font, or Blade, (2, actually), the font. Or even 28 Days Later. He takes a movie logo then creates a font. Inventive idea, I suppose.

When you look, you find. In working on a brand development project in eastern Washington, I was walking their vineyard to get, literally, the lay of the land. And, I'm looking for what lies beneath, what lies inside the brand story. And in any brand development, it's wholly about the heart -- the heart of…

Luxury Retail design and brand patterning, Jakarta Seibu, Java, Indonesia I had the opportunity to partner yet again with Callison Architecture, Dawn Clark, AIA LEED and Andy Thaemert, Doug Shaw and team on the development of an expansion of the environmental design package that was part of yet another PT Mitra development complex in Jakarta.…
We use cookies on our website to give you the best experience on our website. By clicking “Accept”, you consent to the use of ALL the cookies.
Do not sell my personal information.
Cookie SettingsAccept
Manage consent