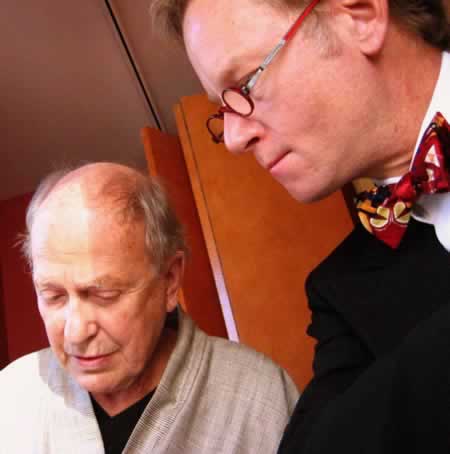 Tim Girvin and Jack Larsen, at his Park Avenue Studio

It’s good to hear that the bow tie is coming back. Somewhere around ten years back I’d moved past that detail — the suit, the oxford shirt, the bow tie. That was a legacy fashion configuration for me – and I moved past them — now, mostly black jeans, black work shirts, black cowboy boots; black, black, black. Drawing with black inks, it makes sense to wear black — nothing shows. And yes, I still draw.

But there is an inherent craft to making, tying and wearing bow ties [nothing difficult, think: tying a shoelace — it’s essentially the same knot.]

I’d learned about the bowtie from my Dad, a surgeon who had referenced that he’d worn them because there was no dangling. For me, the idea was the splash of color — something elegant and restrained. Then I went all black. 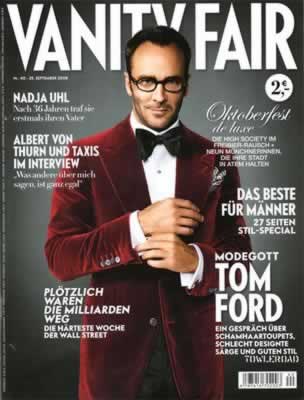 But, given the news — today being national bow tie day, I’d reconsider — just think, Tom Ford, Ralph Lauren. And designer Patrick Robinson. According to David Colman, the NYTimes, “FIVE or six years ago, men made a deal. In the name (and spirit) of dressing well (and up), they would embrace the soigné glamour of the tuxedo. Velvet and satin details, shawl and peak lapels: bring it on. But they would deep-six the entire lot of maddening tuxedo minutiae, which are as easy and festive to manage as a year’s worth of tax receipts. Cummerbunds. Studs. Cuff links. Patent-leather slippers. Piqué bib-front shirts. Bow ties.”

Ah, change in hand, “a gentleman’s prerogative to change his mind. While those shiny shoes and irksome studs are still in exile, the bow tie has had a springtime resurrection worthy of spring itself. This was evident at recent Costume Institute galas, and various spring’s entire benefit circuits, which have made clear that the four-in-hand tie has been sent to join the cummerbund in sartorial Siberia.” Nickelson Wooster, the men’s fashion director of Bergdorf Goodman and Neiman Marcus offers, “It always seemed like a con job to get guys to put on a tuxedo. We were all talking about this after the Oscars, that all over guys are wearing bow ties again. It doesn’t look more formal, per se. It just looks correct. It doesn’t even have to be black. I saw a camouflage bow tie that looked great with a black tuxedo, and there are some white bow ties made of piqué to match the shirt, which looks seriously chic.” 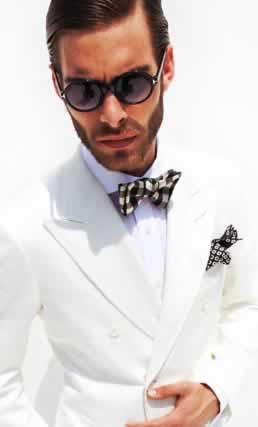 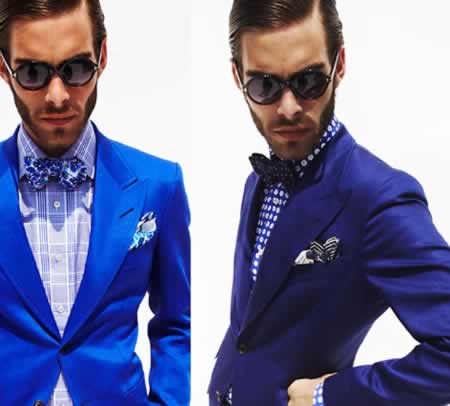 Historically speaking, there’s a legacy that’s rather dashing. Martial, perhaps — an abbreviated story: The bow tie originated among Croatian mercenaries during the Prussian wars of the 17th century: the Croats used a scarf around the neck to hold together the opening of their shirts. This was soon adopted (under the name cravat, derived from the French for “Croat“) by the upper classes in France, then a leader in fashion, and flourished in the 18th and 19th centuries. The French novelist Honoré de Balzac even wrote a book on the subject. It is uncertain whether the cravat then evolved into the bow tie and necktie, or whether the cravat gave rise to the bow tie, which in turn led to the necktie.

And the curiosity expands to the singularity of the item — loved, or hated. But, surely differentiating.

“To its devotees the bow tie suggests iconoclasm of an Old World sort, a fusty adherence to a contrarian point of view. The bow tie hints at intellectualism, real or feigned, and sometimes suggests technical acumen, perhaps because it is so hard to tie. Bow ties are worn by magicians, country doctors, lawyers and professors and by people hoping to look like the above. But perhaps most of all, wearing a bow tie is a way of broadcasting an aggressive lack of concern for what other people think.”
—Warren St John, The New York Times

Other observations: “Russell Smith, style columnist for the Toronto Globe and Mail, observes that opinions of bow tie wearers are mixed. While he observed that bowties were experiencing a potential comeback among men, he also stated that “the class conscious man recoils at the idea” of pre-tied bow ties. “Left-wingers,” he continues, “recoil at what they perceive to be a symbol of political conservatism.” He finally observes that “followers of fashion wrinkle their noses at the anachronism,” and that bow ties are “deliberate eccentricities,” that “basically dull men” use to project the image of being “zany and fun.” He argues that, however, the anachronism is the point, and that bow tie wearers are making a public statement that they disdain changing fashion. Such people may not be economic conservatives, he argues, but they are social conservatives. In Smith’s view, the bow tie is “the embodiment of propriety,” an indicator of fastidiousness and intelligence, and “an instant sign of nerdom in Hollywood movies,” but “not the mark of a ladies’ man” and “not exactly sexy.” To this image he attributes the association of the bow tie with newspaper editors (because of their fastidiousness with words), high-school principals, and bachelor English teachers. Most men, he observes, only wear bow ties with formal dress.” 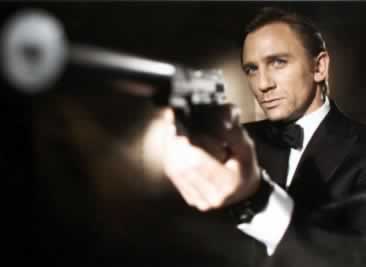 Closing sentiments? It might be said that there is no single male fashion accessory provokes as much emotion as the bow tie. “People who wear them fall in and out of love with them or bear them as a burden for life. People who have to look at them can find them irritating or worse. The presence of a bow tie always seems to draw comment and the phrase “bow tie-wearing” in certain contexts can sound like a slur. It’s been noted that I lean towards the skull work of Alexander McQueen’s legacy. And his brand, too, offers a skull patterned bow tie. I have one.

While this one is a clip tie, I prefer bow ties that you can actually tie yourself: 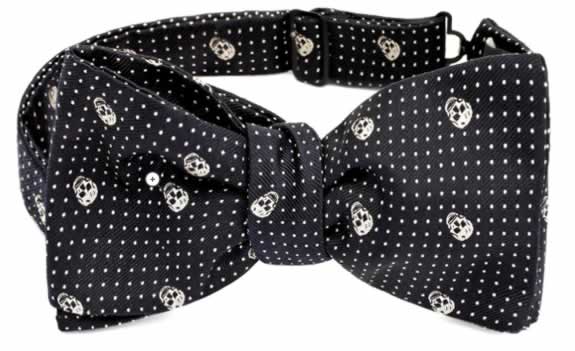 For those that love this emblem, the bow tie suggests “iconoclasm of an Old World sort, a fusty adherence to a contrarian point of view. The bow tie hints at intellectualism, real or feigned, and sometimes suggests technical acumen, perhaps because it is so hard to tie. Bow ties are worn by magicians, country doctors, lawyers and professors and by people hoping to look like the above. But perhaps most of all, wearing a bow tie is a way of broadcasting an aggressive lack of concern for what other people think.”

Jack Freedman, a bow-tie wearer and fashion planning executive at the men’s clothing group, Paul Stuart, said he believes there was “nothing inherently bothersome about the bow tie.” You stand out, no question about it. “It’s a statement maker because it’s not generally in fashion,” Mr. Freedman said. “It tells people you’re an individual.”

Who wears them then?

According to Mr. Freedman, at Paul Stuart, about 10 percent of the store’s customers buy bow ties. The curiosity about the “design of bow ties” is they offer “far more opportunities for expression that the simple necktie. Bow ties come in every imaginable color and fabric and there is no end to bow-tie shapes. James Atlas, the writer and editor, for example, is known for wearing a large floppy bow tie, while Mr. Carlson wears what Mr. Freedman described as a loose but “ultra-small” bow tie with square ends. Me, I’m a medium wearer — not the straight and narrow, nor the large butterfly, but the medium — a perfected balance. Mr. Freedman said, for a bow tie, “there’s no right or wrong.”

It’s been phrased that bow ties make such an impression that once you’ve been seen in one, people will forever associate you with it. Mr. Will, the columnist, said he started wearing a bow tie in the 1960’s as a statement “when things started going crazy.” He said he began wearing it less when it became a kind of “costume.” When he wears a regular necktie now, he said, people invariably comment on the absence of his bow tie.

Same with me — in seeing anyone that I’ve not seen in the last 10 years, for example, it’s “where’s your bow tie?” In my closet, along with what you might presume to be the largest collection of bow ties in the Pacific Northwest (or so rumored), 300 last count.

Time to tie and dress up.

The Sigil, The Signal, The Symbol

Design as a Transportive Tool ––––––– We’ve talked about sigils. Most of you might know about the sigil as a House Seal in the Game of Thrones. And I’ve written long about them — the sigil, the signal, the signature, the signing. I reach back to my childhood for the beginnings of this telling. As…

Spell-binding and the Magic of Nomenclature Strategies of Naming The Naming of Things THE MYSTICAL ROOTS OF THE GATHERING — AND CALLING -- OF NAMES. What is your name? I can speak it not. Name me, and you hold my power. An ancient principle of vocalization struggles in the subjective empowerment of words — as…
We use cookies on our website to give you the best experience on our website. By clicking “Accept”, you consent to the use of ALL the cookies.
Do not sell my personal information.
Cookie SettingsAccept
Manage consent