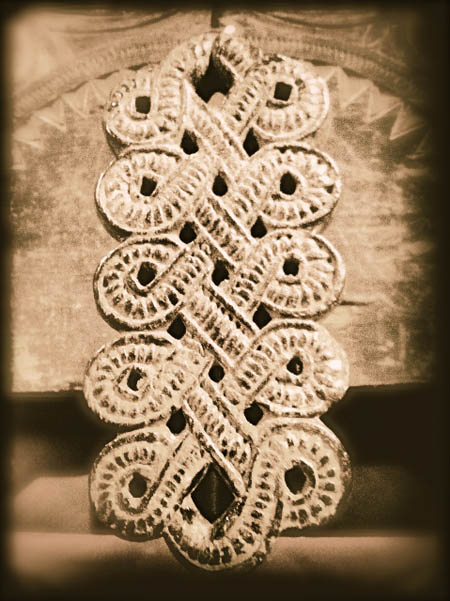 Coming into the office in Seattle, on one wall there is a string of talismans; they’re arranged — as a threading, running from the front of the office, the opening door, to the entry point, the first nexus. 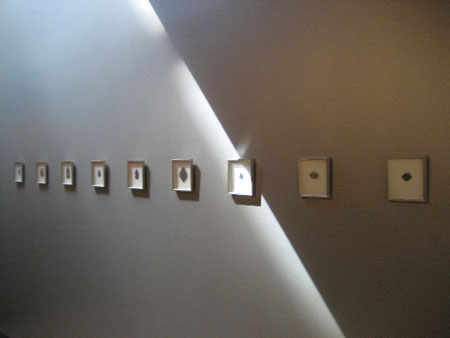 These amulets are reaches to protection — collected, over decades: Arabic, Sanskrit, Hebrew; and they call from people of Egypt, India, Israel, Turkey and Afghanistan, among other places, other people. They weave magic in the portal of beginning. The idea in the design — and their placement is an acknowledgment of two things: the power of the transcribed word, the script of magic, the concretion of prayer, blessings, witchcraft; and two the sheer connection of the alphabet as an ancient grouping of symbols that hold far more in their meaning than merely the transcription of sounds. They have layers of mystery — working as a designer; it’s all about that meaning.

From there, you can make the call — go to see me, my team. Go to see operations. Or go to the design + technology teams, the libraries, conference areas — and this is one office — Seattle. There are different amulets in NYC — a giant talismanic brushstroke that gathers, in an enclosing and whirling vortex, the force and energy of ideas.

But talismans are a knot, they are a binding — the nature of the mark, the amulet, is the string between the wearer and the story — one which might be thousands of years old.
Or decades, days, or minutes.

The power of the symbol – or the symbolon, to the original Greek meaning: “token, the watchword.” But, beyond that, it is “with the bolt” — the ballein (“to throw,”) the Greek form of missile, beam; it is a casting, a throwing “things together.”
Contrasting, studying, learning – and holding.

That is what the talisman is an interlacement and interplay of idea and device (and it will hold all the psychic value of those links, mind and graphical mark and the interweaving between) — a mark of the genuine, a gestural expression of real gravity and impact; it’s something that is held in the heart of the holder — an unknowable and perfected truth.

The scent of dust. The perfume of the journey. The spice of the road. I am sorting through a collection of delicate, sacred books. They come from many places, but like a bundled sanctum, they are all together -- near by each other, in the darkness of a room that rarely sees light of any…

Sometimes, in our attempts to process and organize, we forget the beauty of the chaotic milieu -- where things aren't really as nicely laid out as we might have imagined. Projects seem to drift off into a differing continuum -- there are challenges in getting our "formats" to align with others, and our sense of…
We use cookies on our website to give you the best experience on our website. By clicking “Accept”, you consent to the use of ALL the cookies.
Do not sell my personal information.
Cookie SettingsAccept
Manage consent