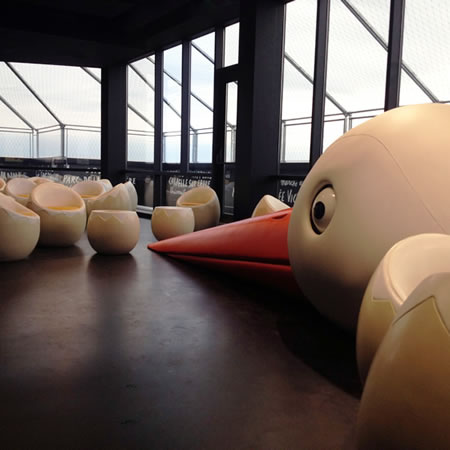 Graphical thinking in the Visioning of Spatial Ideas and Place-making

In the beginning for me, it was Peter Saville, London,
that changed my point of view about the power of a graphical treatment to fully render ideas. 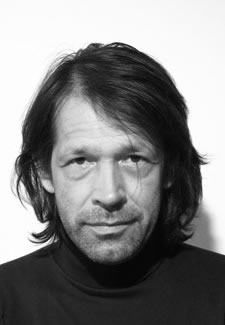 If you can draw it, it can be built.

Peter mentioned the idea of “shop fitting” — to include the shopfront, products, furniture, clothing — and in the multidisciplinary character of early “non-specialized” design, the regimen was — to his open approach to ideation: “do it all.” That early learning became an open door way for me, and the teams that I’ve led — and has engendered dozens of genre-cracking projects that crossed the barrier of design potentials — from restaurants, interiors, to commercials, films and video, industrial design and product development and a legacy of store design. Sure, there is risk. But making instinctual, educated judgements with visualizing skills, builds a vocabulary that crosses into the fluency of ideation, implementation and integration. That in going back to the beginning, an open sketchpad, led to an open visioning of design solutions. During the late 70s, it was Neville’s bold approach to the multidimensionality of drawing ideas, creating integrated thinking, that led to the potential of holism in design / brand expression.

That was then, this is now.

And the potentials of visualizing ideas — and making them real. 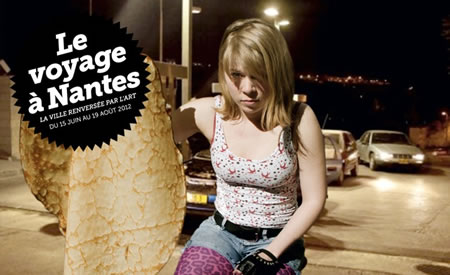 Designer Jean Jullien offers an expansion on this principle.

According to Huffington Post, “High above the city of Nantes in western France, is perhaps one of the most interesting and thematic sky bars in the world. Le Nid (The Nest) was created by graphic artist Jean Jullien, and is exactly what the title implies. Located at the Tour de Bretagne, the bar is occupied by an enormous stork/heron, who keeps a watchful eye over the city, and its “nest” of eggs.”

WE BELIEVE IN
THE METAPHOR OF THE NEST, OUR NOTES. 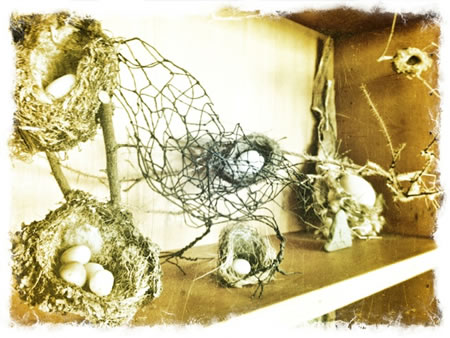 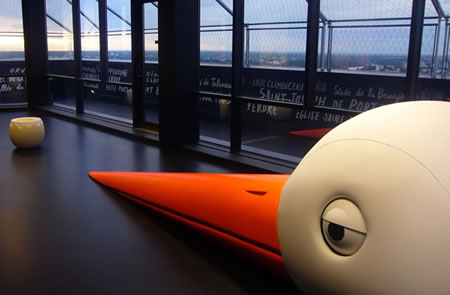 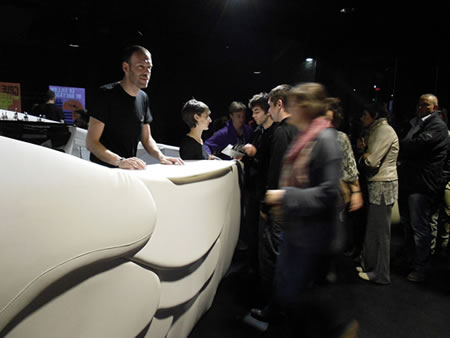 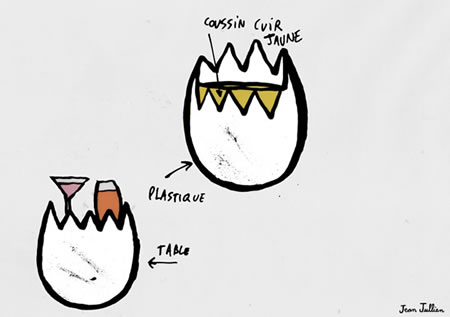 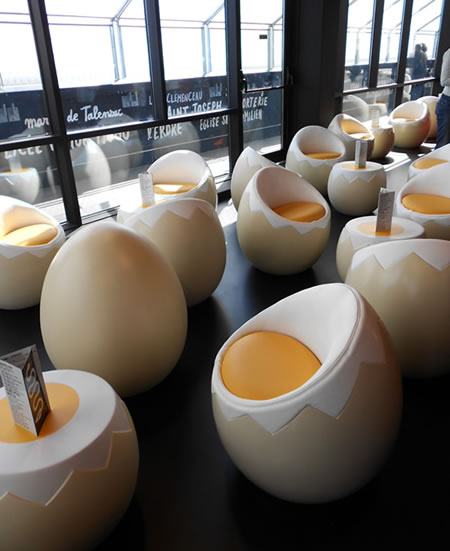 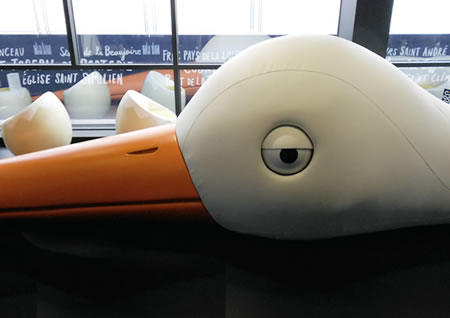 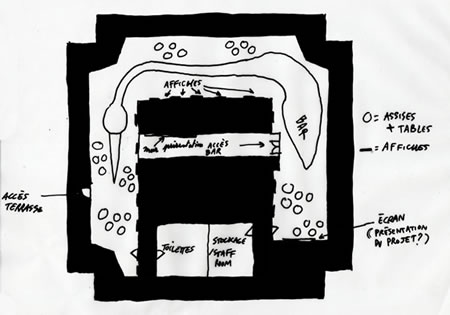 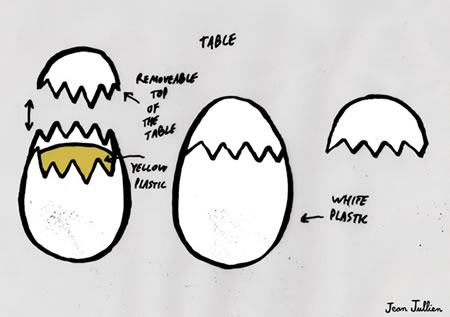 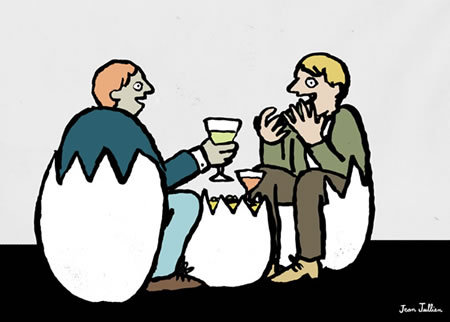 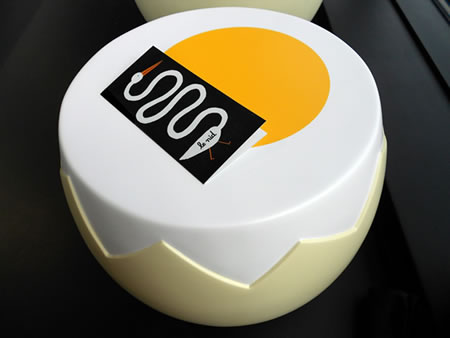 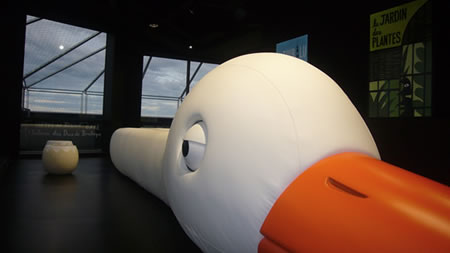 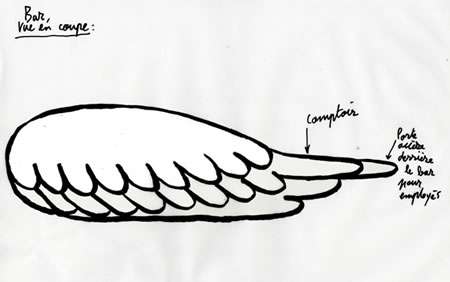 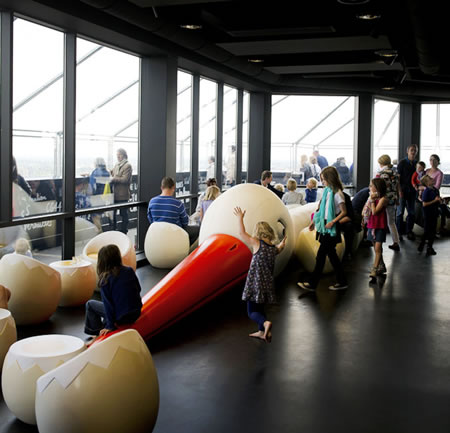 Marvin Traub and Bloomingdale's Girvin's 1985 2-sided shopping bag for Bloomingdale's The height of retail branding | Girvin, John Jay, the 1980's. Campaign Theme Design as a Form of Integrated Retail Experience THE DEATH OF MARVIN TRAUB | 22 YEARS CEO+PRESIDENT OF BLOOMINGDALE'S A couple of weeks back, the blazing tornado of retail magic, on…

SHELF EPIPHANY, RETAIL DESIGN, BRAND STORYTELLING AND SHINING ––––––––––––– I was talking to a client about the concept of the shine. Walking the street, I spied this installation -- a shine brush in a window. And it urged a meditation on the allegory of shining. What can that mean in the context of brand, story…
We use cookies on our website to give you the best experience on our website. By clicking “Accept”, you consent to the use of ALL the cookies.
Do not sell my personal information.
Cookie SettingsAccept
Manage consent