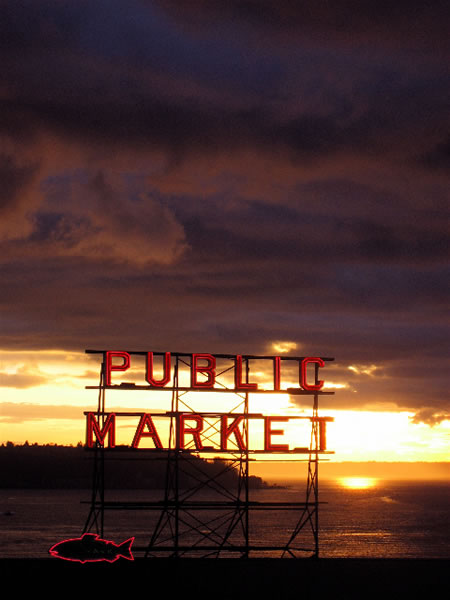 While I’ve (and the Girvin team) had the chance to work on some of the largest retail groups in the world, namely Sogo&Seibu Co., Ltd. (Millennium Retailing) and their expansions to (and by) Seven&I Holdings, and others like Nordstrom, Macy’s, Neiman, there’s something special about the connection to a smaller sense of retail.

There’s one concept — big stores that have many “little stores” inside them — and this positioning was the dream and innovation of Geraldine Stutz, who I met earlier in my career, as the leader of Henri Bendel. This proposition might be derived from the collective — the community wisdom — of the marketplace. Indeed, the “made place” of the market is an ancient model — and the success of the concept relates to the very center of the proposition: communing with others. The positioning of a place of purchase — sharing, trade, commerce — they all link to communication. And of course, the idea of communication + community, they’re all aligned with each other. 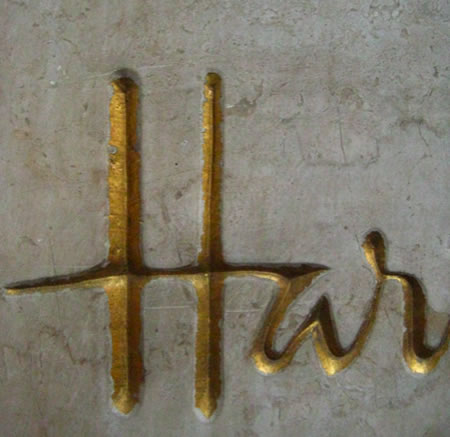 While some might find this added conception a challenge to digest, Harrods, London, began on the same premise — founded in 1834 — as a smaller market, then expanding as a collective, and finally emerging as the larger entity it represents today. The history, and earlier Girvin exploration you can find here. That idea of community, and communications — and commerce — are linked, as words. 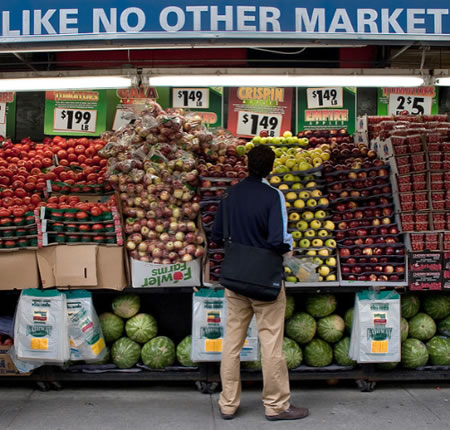 To wit:
Going back(wards): community
Late 14c., from O.Fr. communité, from L. communitatem (nom. communitas) “community, fellowship,” from communis “common, public, general, shared by all or many,” (see common). L. communitatem “was merely a noun of quality … meaning ‘fellowship, community of relations or feelings,’ but in med.L. it was, like universitas, used concretely in the sense of ‘a body of fellows or fellow-townsmen’ ” [OED]. An O.E. word for “community” was gemænscipe “community, fellowship, union, common ownership,” probably composed from the same PIE roots as communis. This last word, from the Latin, is, too, the same — communication. Same as commerce. And, the foundation of it all: common. 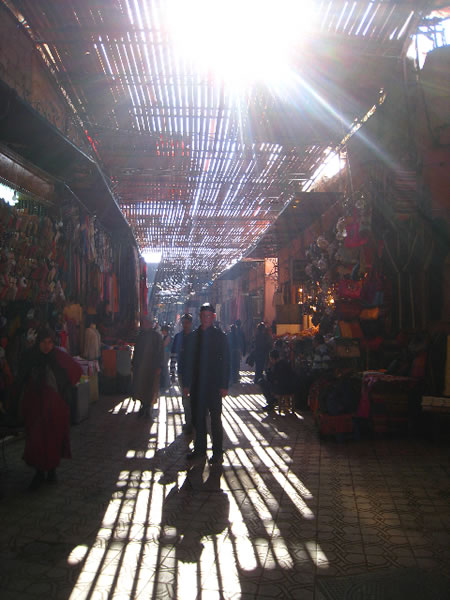 There have been ancient centers of commerce that have been found, as city centers and markets, that range from the sites in Sumer and the Mesopotamian levant, India, Greece, the Forum Romanum — the center of imperial Roma, two millennia back in time. Beyond that, the idea of a center point in villages and smaller urban, as well as larger city contexts, is wrapped around places of meetings and exchange. Symbolically, this can be extended to the concepts of marketing being distinctly connected to communication. 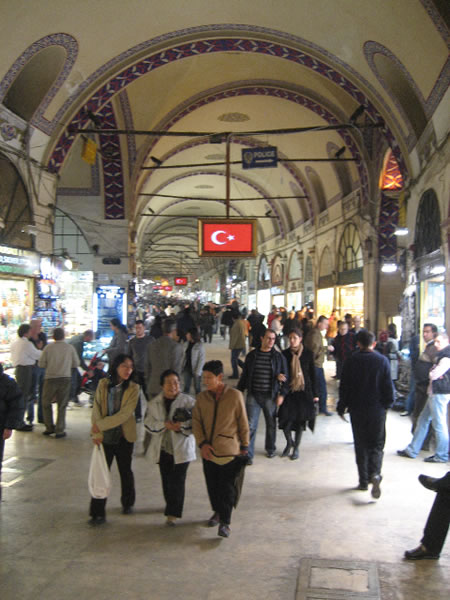 The Grand Bazaar of Istanbul

It is this sense of individuation that builds the collective. While there have been economic movements that suggest a global action — imports from China, transitions of goods from Latin America to bolster the fruit and vegetable supplies of American super markets, the evidence is daunting, to the conceptions of some ideation of localized action. But there might be some added movements, too, to the concept of people being more responsive to the notion of buying local. 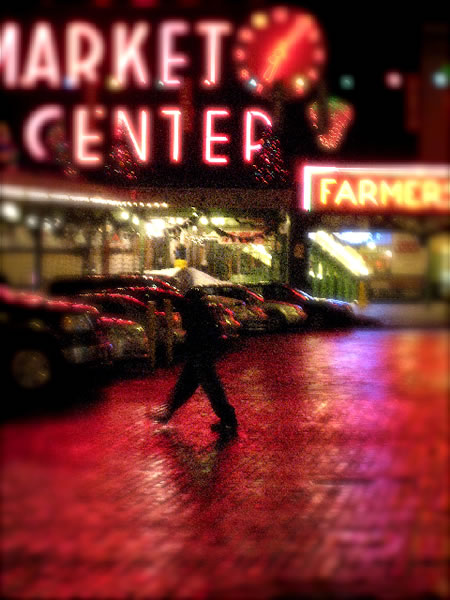 For me, in the proximity of Pike Place Market, a center of micro commerce in downtown Seattle, this is a great study ground for small, collective retail communities. And it’s profoundly different than what one might find, even in the attentive care of conglomerates like Safeway and Albertsons — even from the natural foods markets, that are essentially chain groups, the same applies. What is the distance from the food source to the community? 1000s of miles? 100 miles. 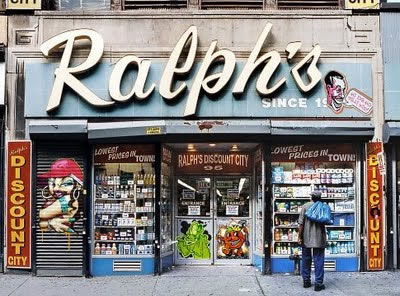 A shopfront from the series created by James & Karla Murray

A grouping of new imagery by James and Karla Murray, the idea of Mom & Pop stores, as a disappearing form of retail is something to note, as a reference to the art of the market — and perhaps, the evanescence. That concept they’ve built into some of their own branding initiative, along with a grouping of other explorations of graffiti art in Miami, as well as NYC. These cities, both of them, are alive with wonderful smaller forms of retail — and markets, bodegas, pharmacies and shops. 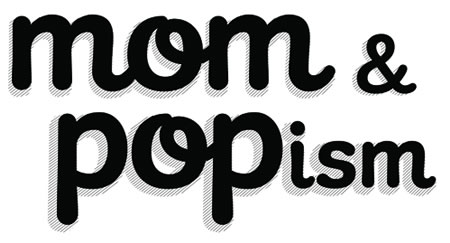 The original conception about the market rests in the proposition of coming into the centralized marketing plaza — brings goods from a day journey. That might be short — under 10 miles, or perhaps more. But the real fascination I have is with the concept of smaller retail — either grouped, or stand alone. 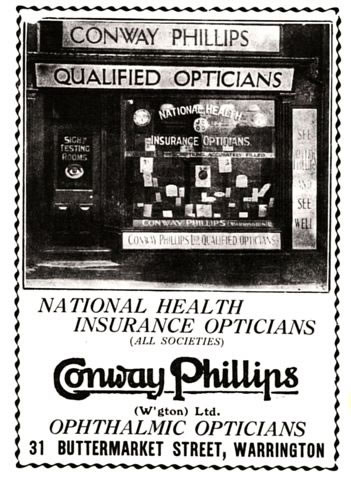 There is, as well, a level of authentic storytelling to branded experiences like these — and in that context, the notion of the brand might be something that subtle, in terms of defining experience holistically. The idea of a website, even a logo might be questionable — but it’s the sense of place in retail that is more compelling, because the sense of humanity is so profound. The idea of older stores, stores with history, are part of how they are maintained in the sense of community and the inherent closeness of those relationships. 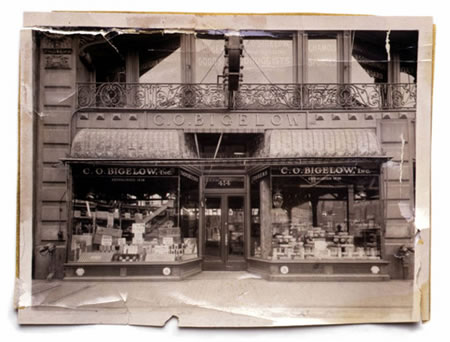 Ian Ginsberg is the current owner of 168-year-old Bigelow (Chemists), the pharmacy in NYC that was founded in the latter part of the 1800s. Like Kiehl’s, the concept of legacy is nearly genetic, there’s history that is built in — family members passed along the heritage over the course of decades. 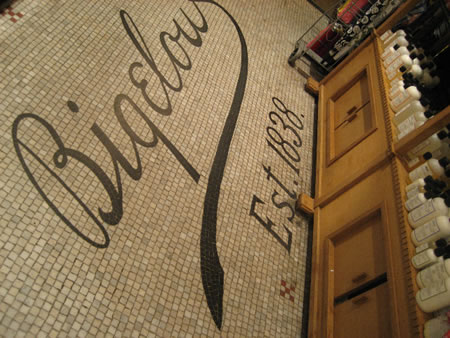 I met Ian in Atlantic City, first — he was exploring the idea of bringing the Bigelow concept to Boyd’s Borgata casino installation there — one of several authentic retail and restaurant establishments that CEO Robert Boughner was considering as a potential additive to experience. He declined, but we stayed in touch. And that brand now is in a partnership with Leslie Wexner’s Bath&BodyWorks. Still, the story continues, and Ian — as a family member — is till running the brand. 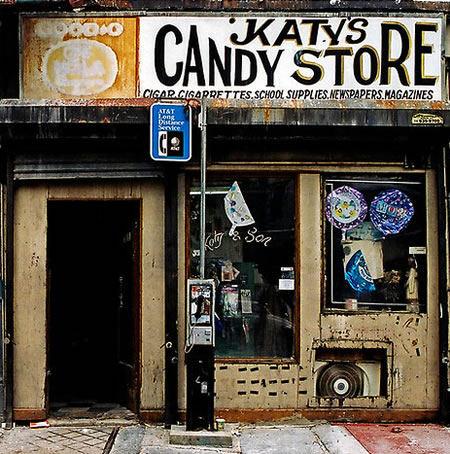 What I’m noticing, in working with the giants, and working with the small, is that there’s more soul in the diminutive place — there is a greater sense of connectedness to every detail. The people that are there are in that place — the foundation — are there for a personal reason, a passion. The idea of specialization — which has been defined as a trend in the past — can too be connected to the notions of curation, the insights of collections motivated retail. 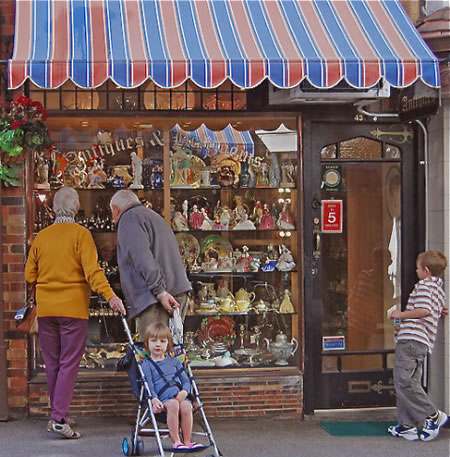 That opening sentiment, referencing Geri Stutz’s retail visioning — like a village, is something that’s compelling. Given the extraordinary fall of retail as a concept – the shopfront — gathered in the market — is an intriguing return to humanscale; and that is all about storytelling. That notion of storytelling can be spectacularly intimate and personalized. Small retail speaks loudly to the notions of the individual. But then again, it’s all about that — persona, visioning, storytelling, and place: summarized in commerce. And communicating that sensitivity to a grouping of relationships — the audience, the guest, the purchaser. No — the experiencer. 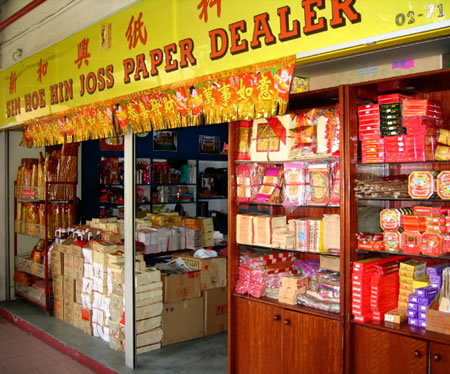 The idea of retail as a retelling, something I’ve explored in the past, is a articulation of the human character. It draws a line back to the conception of the brand, as a gathering place; brand as fire, as sparked story — entering a well-thought-out retail experience is like reaching into the heart of the proprietor, the founder of the story, the originator of the brand. A market — the center point of the village conception of marketing gathering place — becomes a garland of many stories.

Support the small and beautiful. Think again, on the giant. Buy what you will, but consider what is the right path for purchase in your connections with humans, the makers of the brand. 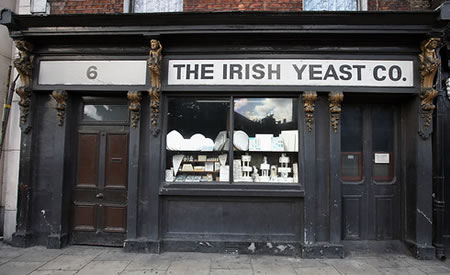 Better than a store, you can eat there: Microsoft Café Exploring a new conception from Microsoft, a café in Paris -- to be short-lived, yet an interesting telling on the principles of relationship development. But, Windows 7? Imagery sources Like good storytelling, the message begins on the street. 47 Boulevard Sebastopol I've written about the…

Internet Advertising Winning Formulae Working as a strategist and designer in theatrical advertising and branding, there's an approach that's linked to sequence and revelation of motion picture content that's showing some proven measure in conventional online advertising. BLT That is simplicity. Face. Message. Story. Emotion. Logo. While the idea of simplifying the concept of online…
We use cookies on our website to give you the best experience on our website. By clicking “Accept”, you consent to the use of ALL the cookies.
Do not sell my personal information.
Cookie SettingsAccept
Manage consent