Exploring the renaissance mind of Lorenzo Villoresi: Scholarship, legacy and the genetics of exploration — a history of fragrance creativity. 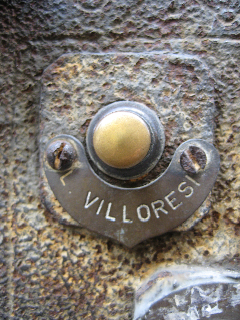 Sometimes you find a person that seems like someone you’ve encountered before. Perhaps in another life, another journey, another time, another culture. A dream, perchance. 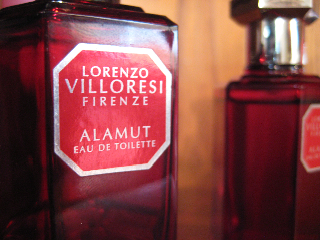 In the writings of Jorges Luis Borges, the autobiographical meanderings of Vladimir Nabokov, the figuring of Gabriel Marquez — there is a character, a kind of protagonist, that has a legendary feeling that waltzes through the character of their phrases.

Mythic, worldly, scholarly, exploring – and always gatherers, people who hold experiences, adventures, other worlds, visions and exposures that lie beyond the pale of perhaps the common way farers in us all.

Reading backwards in my time — the “Labyrinthos” of Borges, the lepidopteran studies, the butterfly wonders of Nabokov, the choleric explications of Marquez — there was always some literary — fictional or not, exposure to the renaissance figure — the polyglot, the polymath.

Spending time with Lorenzo Villoresi, did just that, again. Being with him, took me back to those exposures.

I had the limited connection with Lorenzo earlier in the 21st century, as Pierre Dinand and I’d introduced our new alliance to him. In our opening mailing, Lorenzo was one of many that responded. But in this time, recently in Firenze — my connections with Lorenzo, his team, his wife, would be more direct, inspiring and meaning full.

There’s a lot that’s been written about Lorenzo.
Marcello Aspria (http://www.basenotes.net/) notes that Lorenzo is:
“known all over the world for his prestigious custom-made fragrances. This self-trained perfumer from Florence studied ancient history, philosophy, and religion, and traveled extensively through Northern Africa and the Middle-East before committing himself to the world of perfumery and fragrant raw materials.”

The real telling — to the story of Lorenzo Villoresi — is the story itself. And in speaking with his wife, that was part of the compelling layering of his experience, and his family, extending back in layering that creates a profoundly detailed and fascinating depth to this man and his contributions to fragrance.

The love of exploration — and the learnings that come from it, are genetically aligned. The Villoresi clan are grand explorers, scholars, lovers of an enriched life, scholastic venturers. 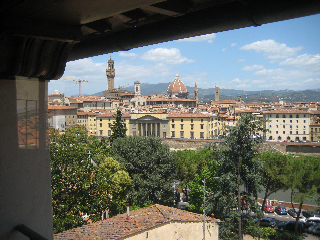 These images, shown to me in his atelier, overlooking the beauty of Firenze of rive gauche, the Arno, come from his family legacy — another explorer. (Lorenzo will have to tell me the name of this family member — since we didn’t have time to explore this further on the advent of another meeting at his studio with architects).

Some of the artifacts from this family member — the telescope, a gramophone and sound exploration journals and mapping documents: 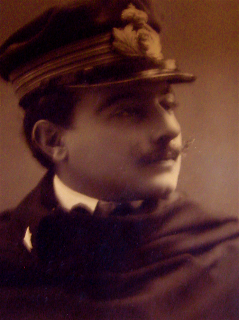 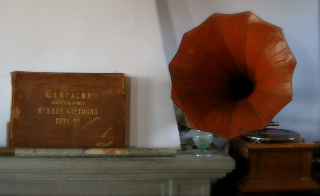 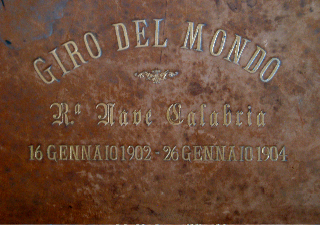 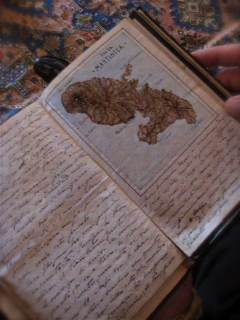 But what is interesting is the concept of scent, the raw materials of fragrance making, the scholarship of exploration, and the living of that life – the admixture of all of these elements — and the legacy of Lorenzo and the finely tuned and curiosity-enlivened minds of his family members.

His father taught him the value of an understanding of nature and the outdoors, examining the beauty and therapeutic character of various plant species in the gardens of their Florentine palazzo, or the country estates of the family villa on the outskirts of Firenze — as well as the alignments of art, literature and scholarship.

His mother, Clarissa, another adept, kick-started the harkening to Arab and Persian heart of the fragrance world, the legacy of time in creating scents as a art for thousands of years, as noted here, as she:
“opened a small boutique in Cairo after World War II, where she sold artisanal products from Florence. During his adolescence, Lorenzo was intrigued by his mother’s recollections of Egypt, a fascination that was to become a crucial element in his life. As he prepared his academic thesis on the role of death in ancient Judaic and Hellenic traditions, he started a cosmopolitan life which would constantly draw him back to Northern Africa and the Middle East. He followed the traces of Hebrew, Egyptian and Mesopotamic cultures by making long, distant travels, often without any specific goal. Moving from the big bazaars in the Egyptian capital to the market places of Jerusalem, travelling through desolate places in the Sinaï mountains, Lorenzo discovered a world historically linked to his own culture, but with a very distinct outlook on life. It was in the Middle East, the cradle of the culture of fragrances, that his love for essences and perfumes was shaped – and it was here that his desire to reinstall the old, faded tradition of Florentine perfumery was nurtured”. (Marcello Aspria July 15, 2004)

Lorenzo continued that exploration — and you can see the eclectic character of his studies in the returning draw of the Middle East, as well as the walls of his studio, populated with objects-of-art from Asia, tughra from Istanbul, carpets from North Africa, and related collections of portable scent leather valets. 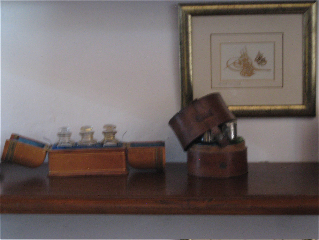 He subsequently dug deeper, exploring old books on distillation and ancient techniques of fragrance gathering. More family connections ensued in the connections with inventor Vittorio Orioli as well as the industrialist Ludovico Martelli (whose father was also an explore of perfume making), further helping him find the proper equipment and materials. Vittorio also introduced him to Dr. Sandro Meucci, who taught him valuable lessons in chemistry, which is, of course, at the very heart of perfumery.

I can’t comment at length on the fabulous techniques of Lorenzo’s magic making. It’s all mystery and wonder — it’s all about his visioning allegories in the dreams of making. And much of Lorenzo’s work is about that — exploring the depth of his scholarship and wandering experience as a dervish of scent — and creating a series of mythic interpretations. What I gather, in listening to him, speaking with him, is the idea of the deep, nearly archetypal kind of characterization of storytelling, that he weaves into the skeleton of a palace of memory. 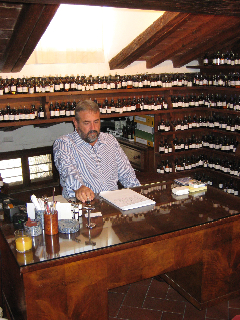 In examining the delicacy of his labels, his designed bottles — crystal-formed — there is a scholarly disposition to these branded designs. I would imagine that I would find a kind of perfected geometry — his labels are a classical octogonal cartouches, the typographic treatment — a delicately aligned and letterspaced Optima, as designed by my friend, master typographer Hermann Zapf. The labels mirror the bottle forms, in an exquisite alliance. 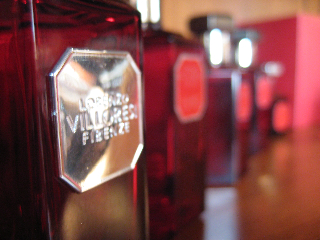 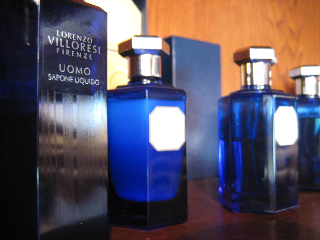 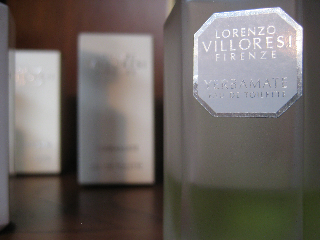 Usually, for me, I find myself thinking, knowing the brand, knowing the man behind the story, what changes would I change, what alteration, what enhancement might I offer?

I’d design a custom font for Villoresi — a Villoresi roman — nothing commonly available, some perfected geometrically fulfilled treatment of a Roman.

I must reach for a bottle of his Vetiver. In wandering all over Firenze, one profumeria or another, there are no bottles left anywhere.

I’ll keep looking, or hope for one, from the left bank of Villoresi, Firenze.

The Iris, the Orris Root, & Firenze

Digging iris, rooting them, I remember that, as a child -- the scent of sliced iris rhizomes, cut and seeping fragrance, as they came to the warm soil out of the cool earth beneath. There's a history of the fleur de lys and the relationship to Firenze. I'd presumed, for long, that this flower was…

Exploring layering in brand story -- what is the story, the brand, the person, the work? In Firenze, I had a chance to spend some time with someone that I've admired for a long time -- Jon Bresler. Founder of LAFCO. Jon Bresler in the atelier of scentmaster Lorenzo Villoresi, Firenze Of course, I'd only…
We use cookies on our website to give you the best experience on our website. By clicking “Accept”, you consent to the use of ALL the cookies.
Do not sell my personal information.
Cookie SettingsAccept
Manage consent