Macklemore | Layers of the story 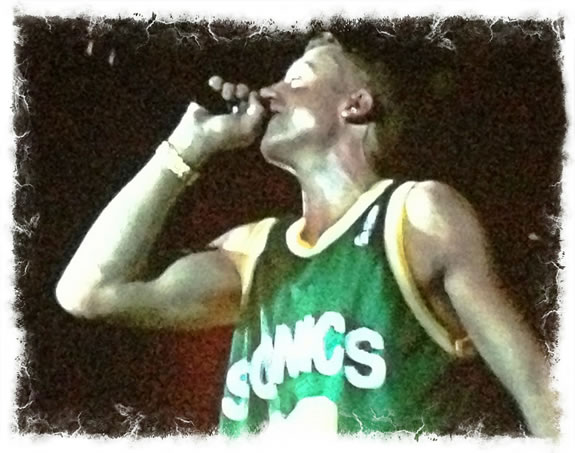 There’s a story in the story,
there’s a poem in the poem,
there is a place within the place.

In the realm of any study,
the student realizes that
there are layers to comprehension —
one understands the bare facts,
these become other degrees of
certainty and awareness.

“You think you know,
then you realize
you only know only
what you know.
Now.“ 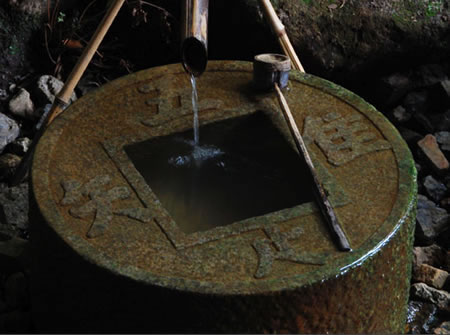 In Kyoto, Japan, at a famous Zen temple compound,
known as Ryoan-ji, there is a puzzle garden stone — it is a circle, squared.
The square in the center is a character — an ideographic kanji modifier.
The positioning of the square, in relationship to the character —
one on each side of the square, on the garden stone, forms a koan statement, which in its own way is a question. These characters offer — at the stone purification washing ritual — the tsukubai (蹲踞) in Japanese, used for purifying the celebrant’s hands before entering the sacred place. The center of the face of the stone is scribed with the kanji for mouth, kuchi (口). and — added to the four kanji surrounding the basin —
they become 吾、唯、足、知, which is:
“you only
know what
you know,
now.”
This idea of knowing what you know, the knowledge of the now, reflects my experience seeing Evergreen graduate, and young Girvin family friend, Ben Haggerty, otherwise known by the name: Macklemore, at his Seattle performance.

I thought that I knew him —
but that was years back, another time,
at the beginning of the rippling of his talent.

I’ll personally confess that I know little about his musical form, hip hop.
But, I did know him as a young experimenter, music listener, childhood tent-builder and word + sound explorer — then, poet. And what I suggest to poetry is the passion of Macklemore — who, from his earliest days, [14] has been one to offer the warmth of his soulful, open-hearted gift of his intentions.

His music has been a calling to cause — from supporting gay marriage, sobriety, to local sports — and even a legendary voice, a sportscaster named Dave Niehaus [The Mariners — Seattle’s baseball team] — sung at opening day, 2011 in front of nearly 50,000 fans.

The potent impression of my experience, listening to him, was the sheer exuberance and commitment to the power of his messages — a song, that is a poem, that is a story, within a story. Macklemore, since his beginnings, celebrates the power of community – those rippling circles of enthusiasts around him. That online fellowship has lent itself to millions of downloads of his songs — and, earlier this month,
his storytelling about “tag popp’in” thriftstore shopping,
“Thrift Shop” went platinum.

We all understand layers — insight, experience, intelligence, the mythic, if not psychic, layers of storytelling; “this is my story, but it’s another story, from 10,000 years ago, and it’s another story — that you just told me.
That story, is your story, is my story.”
There is an insight, when one is approaching anything —
you can see what you can see
(or know what you can know)
on the surface,
but what lies beneath?

A calligraphy for a Lama's retreat in the Himalayas In recent months, Girvin | Seattle had a blessing of place with a long-reclusive Lama Jigmela a practioner of prolonged retreats in absolute silence and deep meditation in a cave-like grotto in the Himalayas, powerfully sited next to the meditation cave of the founding teacher and…

The touch of the hand, crafting The Lord of the Rings logo drafts

Design studies for the LOTR and Peter Jackson The process of film identity and brand development is intensely competitive, there are a series of talents, team and agencies whose sole enterprises are focused 100% of the time on theatrical advertising -- for an outsider [nay, interloper] more than a 1,000 miles from Hollywood, our career…
We use cookies on our website to give you the best experience on our website. By clicking “Accept”, you consent to the use of ALL the cookies.
Do not sell my personal information.
Cookie SettingsAccept
Manage consent