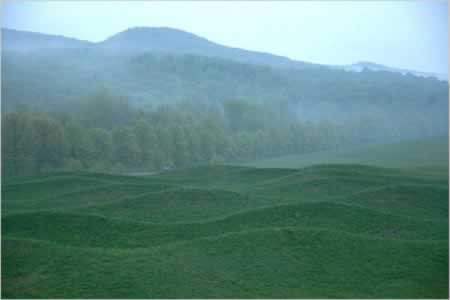 The examination of nature, replayed in Nature

All of us sense the power of the natural, when we can — and when we have the minute to suddenly step out of the urban workworld, and settle into our place in the natural surroundings, which — now and again — we can return to. And in each of us, there’s a moment of rediscovering the power of the force, the sheer burgeoning energy in presence of natural power.

It might be a storm — the push and uncoiling forces.
It might be falling rain — cloud sent rhythm.
A forest encounter — verdant light.
A movement into the lush oxygenation of a green place.

And it might be something unexpected, that simply causes us to look, again, in surprise. 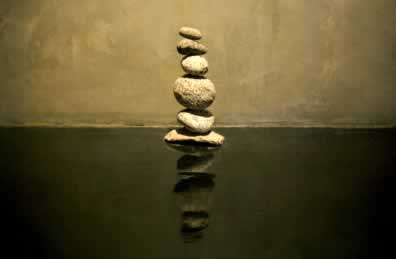 I’ve written in the past about doing things that force one to step aside, in that momentary reflection, that calls us out of one form of living, and on to another place, that is more reflective, more contemplative. It is here that we can newly define our sense of attention — our attunement. And sometimes that context of attuning comes into the play of beauty juxtaposed in surprising ways. Such is the way of the work of Andy Goldsworthy — where, as he puts it, there’s something that is added to the environmental presence that sort of shocks a person into a renewed sense of discovering and observation in place.

As with all my work, whether it’s a leaf on a rock or ice on a rock, I’m trying to get beneath the surface appearance of things. Working the surface of a stone is an attempt to understand the internal energy of the stone. Andy Goldsworthy 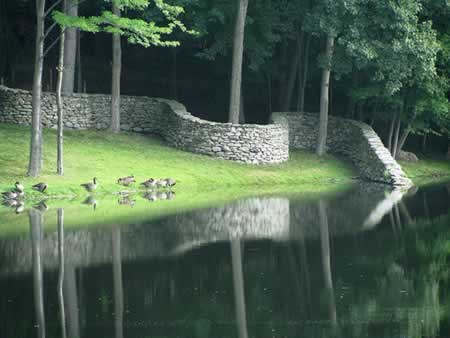 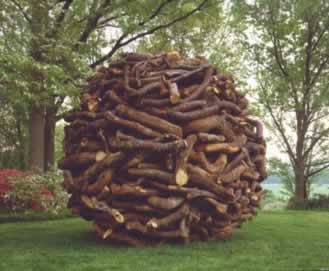 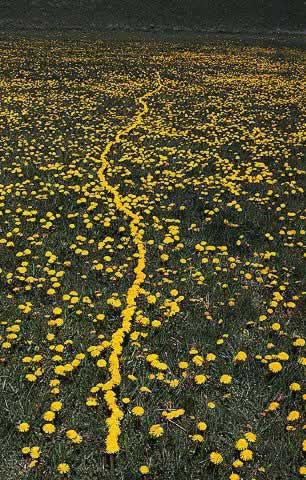 There are surely others, that walk that line — something that is found out there, seen out there — in scene, and newly appraised. James Turrell, with whom I’d connected with in bringing him and his installations to Seattle, for the first time. And there’s the work of Richard Long who also has explored the space of newly appraising place in a kind of walking meditation, leaving freshly laid and subtle impressions, that surprise the journeyer. 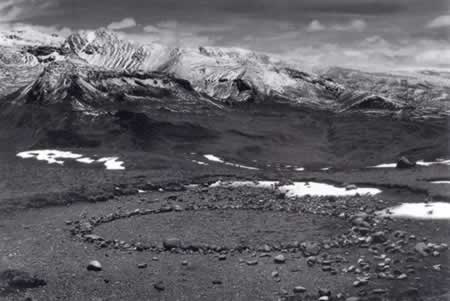 Maya Lin has expanded this exploration at Storm King, with her recently completed installation. And in this presentation, permanently sited at Storm King, she returns to a patterning in her exploration that aligns similarly with the others — calling a renewal of attention and symbolic value that drives the viewer back into the deeper contemplation of place. The New York Times offers, in the review by Holland Cotter, that her work is a kind of symbolic miniaturization of the mountainous movement, that is repeated — “Storm King, running high and long before dropping into the Hudson. And recently, some new additions, baby mountains, have appeared: seven undulating, grass-covered ranges of them.

The concept of mountains in mountains, and the geologic rippling made small, “these mini-Catskills were conceived and built — molded is really the word — by the artist Maya Lin as a permanent installation at the Storm King Art Center, the 500-acre sculpture park that for almost half a century has been devoted to the display of outdoor works either designed for the location or too large or strange to fit comfortably elsewhere.

Ms. Lin’s ambitious piece, “Storm King Wavefield,” was commissioned by the center, and installation of it, under the supervision of David R. Collens, an artist and Storm King’s director, began two years ago. Set in a shallow, amphitheaterlike depression, once a gravel pit supplying material for the Thruway, it covers 11 acres. Its seven parallel rows of rolling, swelling peaks were inspired by the forms of midocean waves but echo the mountains and hills around them. 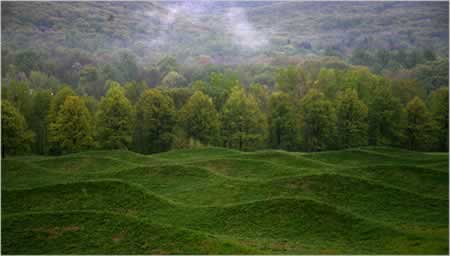 Marine references make sense in a part of the world carved and smoothed by glaciers, and terrestrial themes have been central to Ms. Lin’s art. “My affinity has always been toward sculpting the earth,” she wrote in her autobiographical book “Boundaries” (2000). “This impulse has shaped my entire body of work.”

For me, the point is really about attention and reclamation of that idea, of being newly tuned in — perhaps, as I’d put it earlier, shocked or surprised into freshly appraising personal connections to the network of natural experiences. In seeing something new, you are drawn into things in a reflectively galvanized way.

And what this might mean for us, as designers, is that the work that we do, the tellings that we offer, is inherently about newly captivating people, connecting with them in a manner that supports a refreshed seeing. Telling stories is all about interpretation — insight. Seeing in. Inner sight.

In asking her about her work, that idea of finding something that fascinated her, she offered something that has appeared even more frequently as a quote — about this very idea: seeing things new.

“I try to give people a different way of looking at their surroundings. That’s art to me.” Maya Lin

References:
Holland Cotter
Maya Lin: video on Storm King
“What’s really been the interest for me is about getting back to where I started, which is really about art, about science, and about nature.”

Storytelling in retail design As designers, there's a patterning to be explored, something to be seen, sensed, experienced in the making of place and the character of brand, in story -- and the telling of retail. Girvin card deck, obverse puzzle assembly by Alyce Hoggan: "The Six Ravens" The story for me began some thirty…

Scott Oki reaches to his roots in newly founding concepts of how learning benefits the advancement of our culture. My connection with Scott Oki is long running. And in every aspect of my relationship with him, it's been a journey in learning. From him, I've learned about perseverance, about passion, about commitment and about the…
We use cookies on our website to give you the best experience on our website. By clicking “Accept”, you consent to the use of ALL the cookies.
Do not sell my personal information.
Cookie SettingsAccept
Manage consent