Meanings and signing.
A Signing — Meaning.
Signs that Mean.
By Meaning, the Signing. 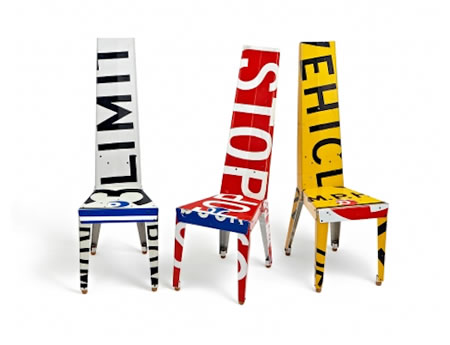 Signage as the wayfinding of furniture.
––––
A friend sent me a string of images —
no reference to who, where, what, from.

I apologize for not having the complete credits,
but I’ll hope to offer that gesture in closing.

But the gesture here is less about the specific provenance, but more to the notion of finding a way and the meaning of getting somewhere.
Even if it means sitting down.

A beginning: first off, go here. 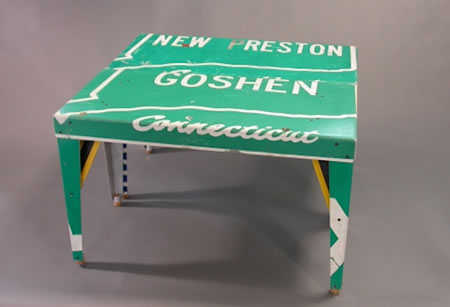 What I’m actually fascinated by is the actual way of the way, found.
How, really, do you get from one place to another, and if you’re finding a way, when do you know if you’re really there.

A frequenter of big places with lots of signs, I do get lost — but understanding the thinking and the placement of signing solutions — what’s the message, what’s being told directionally and how is that articulated? I can usually figure it out, even if there’s no english to be found, anywhere. 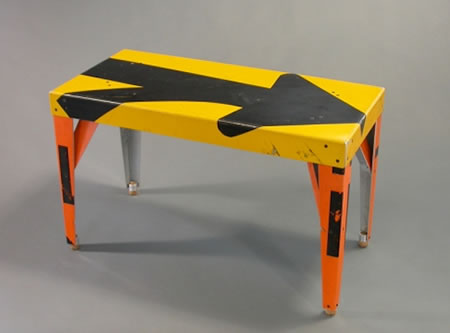 But I’m curious about the anti-way. The idea that signing could be something that isn’t about mass channeling of millions of people, striding around (getting lost, getting found) but that it could be more to an artful assembly — signing that could be about what is known, seen, experienced in the context of place, magic and mystery. Looking around, these days, the notion of wayfounding — the foundation of crowd management is ever crucial. But it’s boring.
I’ve been in:
hospitals
research laboratories
big buildings with thousands of people
buildings with only hundreds of people
small buildings, with a dozen people
campuses
corporate echelons
hotels —
and the solutions are invariably about sameness.

There’s an intelligence to the idea of a building having a manageable plan — but better still, could be a system that is (and is not) a system.

Which is why this work, chairs, tables, etc., that newly gather the assembly of ideas and messages of placement are inventively instructive.

Sure, they’re seats. But — going backwards, what if they could be signs? 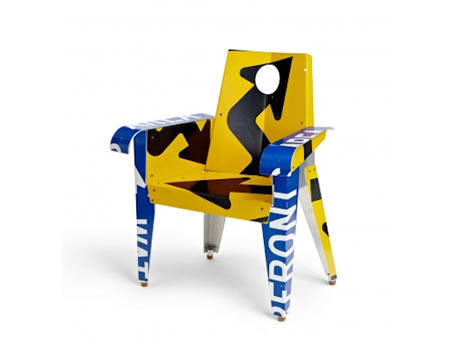 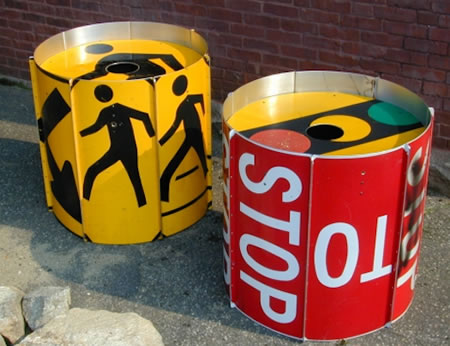 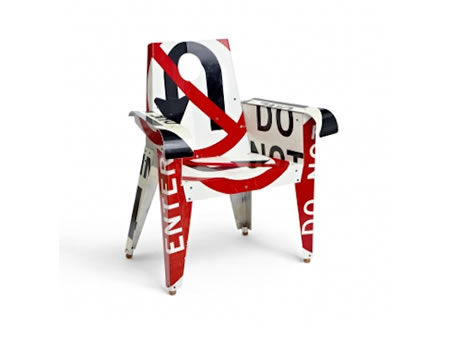 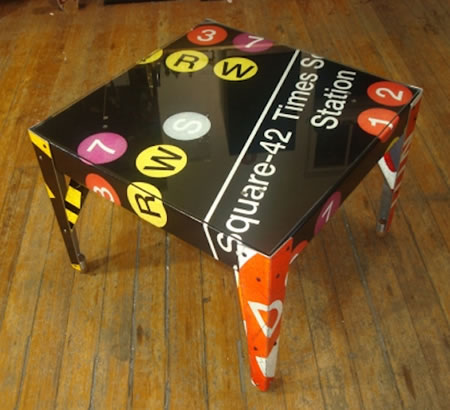 I’ve written in the past about the anti-signing personal signing solutions of
The Gramercy. 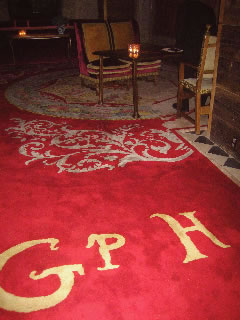 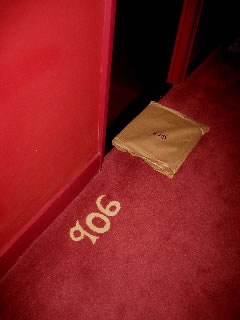 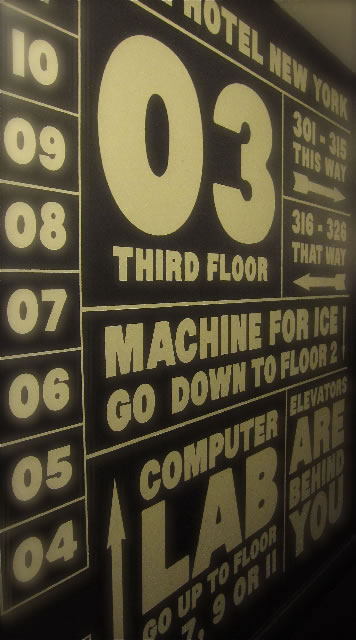 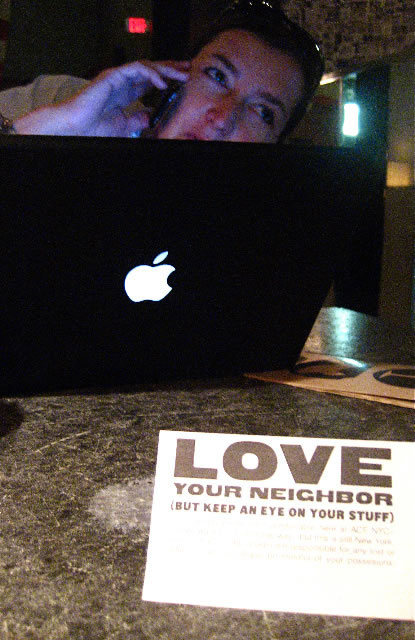 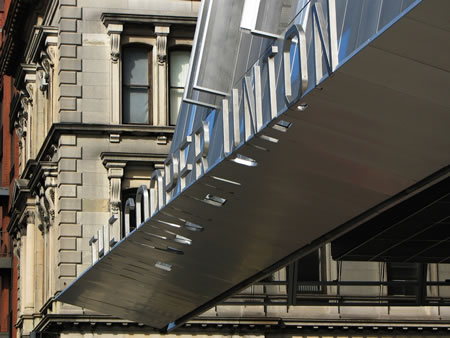 To Schrager’s Gramercy (and Julian Schnabel’s art direction) — the Ace, and Alex Calderwood’s visioning; or Morphosis and Pentagram — a remarkable sign (and art/intellect) alignment of design invention there’s an interplay that’s managed, but it’s unexpected. Where the sign is the message, but it’s also the art (fullness) that helps people not only sense the founding of way, but as well, the wayfinding of locality.

In some earlier work, we talked about the idea of building brands, and branding buildings. The idea was that — if one considers brand as fire (we do) then there’s a kind of soul that is resident in that character, buildings, holding people — have a presence. There could be a story that links the very spirit of those within, the nature of the architecture, the use of the materials — that intertwines them. So like Boris Bally’s industrial reconfiguring — and use transformations — inventive interpretations emerge.

Buildings that have touch — they become unforgettable experiences.

Being a teacher, there's the line in the sand -- the pass: it's okay; the fail: it's not. It is the yes, the no -- it's alright; it's not. Being a strategist, a designer, a writer, plying the work of creative intelligence -- the yes, the no, is always on the line. (A) OK. Persistence…

Metaphorical thinking | The Allegory of Amazon -- The River, The Fire of Kindle, The Knowledge Cloud

the first of two observations | brand, metaphor, retail design NASA Designing a strategy of remarkable visualization: the conscious design, creative intelligence and the mystery of dreams Sometime back, Dawn Clark AIA, LEED AP and I'd considered the idea of building an Amazon retail store model. And, actually, we built out that modeling founded on…
We use cookies on our website to give you the best experience on our website. By clicking “Accept”, you consent to the use of ALL the cookies.
Do not sell my personal information.
Cookie SettingsAccept
Manage consent