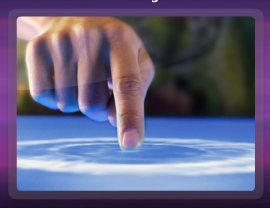 Some ideas about issues of interface, and the storytelling around the making of a film project, utilizing the nascent Microsoft surface© technology. 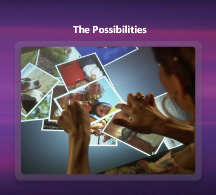 the sharing, image-shifting capacity
of the surface© technology.

Films (motion picture and television applications) are based on a sequence of actions:

I was thinking about my experience working in film, on various teams, when the beginnings of the production are being set, exploring and styling the film. In working on The Matrix, Beowulf, or Spiderwick; Unforgiven, A Series of Unfortunate Events, or Star Trek…the nature of production design is about how the story will look.

Some directors, like JJAbrams (Lost, Alias, M:i:III / Cloverfield), tend to operate on the presumptions of extensively planned styling. And storyboarding. The entire production is mapped out. Artists are hired to literally story-board the ideas and shooting sequences. So in meeting with the set production design team for Star Trek, as an example — under the highest scrutiny and secrecy, I might add, since this is part of a vast undercover branding effort — it’s important to absolutely control the assets, keeping secret the styling of the film. [Star Trek fans are notorious for knowing more — getting on set, stealing assets, references, anything to leak onto the pool of StarTrekian maniacs. Even reading the script is an onsite access only — nothing about the film leaves the lot].

What happens next in the process is about gathering and stylistically setting the entire visualizations for the complete production design. This often manifests into walls and walls of hundreds of images, sketches, notes — photographic references, digital “assemblage” — all stringed out in sequence for production planning. So, for example, one scene might actually be a grouping of text, notes, imagery, photographs and illustrations. From these collages, everything is designed.

When I work on a film, that’s what I’m looking for — what’s the look of it? How does it feel, holistically? There’s a great deal of more research for me and the staff, of course. But, doing the work, you’ve got to go to the collages and ideations on the film lot.

We take what we gather, and build it out — from script to stills, production design development, to visualized expressions of identity:

Now what I envisage for Microsoft’s surface© is a kind of roving – horizontal, sliding gathering scale that expands vertically and horizontally, to frame a vast grouping of production details — fluently and fluidly, accessed. Instantly accessible, yet rearrangeable. Instead of walls and walls — all in the containment of surface© technology:

All images from Microsoft Surface© interface.

This could be very, very cool.

Jack Daniels - the Story Behind the Story

Last Wednesday I attended the Seattle chapter of the Executive Women's International forum http://ewiseattle.org/ at the Columbia Tower (with a spectacular view from the 75th floor). The guest speaker was Ted Simmons, advertising guru and previous CEO of Arnold Worldwide. An incredible story teller with "the guy next door" appeal. His topic was about the…

Paramount | Marvel imagery files ©2008 Notes on the history of the Iron Man brand, the evolution of identity and how it comes to be. There's a certain conception of brand design in motion pictures. And the point is that cinema represents inherently stories that move, visually. MOVIES. They are alive in that the imagination…
We use cookies on our website to give you the best experience on our website. By clicking “Accept”, you consent to the use of ALL the cookies.
Do not sell my personal information.
Cookie SettingsAccept
Manage consent