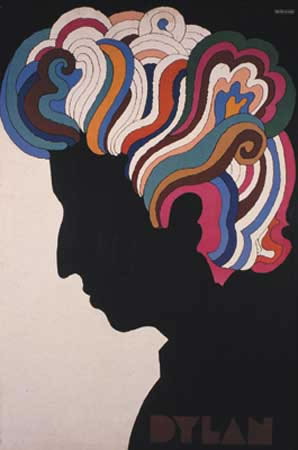 A voyage of inspired imagination.

When you are young, you recall points of connection that are unmistakably remarkable, they are life changing — dynamically shifting you from one point of view to another. Or, they might too suggest moments of new discovering — that time when you find a vocabulary that draws you to your heart, newly warmed, ignited — the recollection from another age.

So too, my opening connection with Milton. 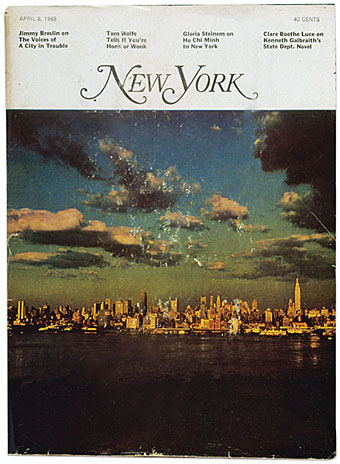 Both to the city, and to the magazine.

Milton was the art director then. And what I did then is what I do now. Find someone interesting and track them down. Meet with them. Or stay with them if you can.

It’s not like I’m trying to, per se, stay with people now, but if there’s an interest, I will stay on that connection pursuit until someone tells me to bug off. And surely, some have. Others have let me mingle round — talking, watching, working with them — and learning.

Back then, as now, I suppose, it’s a matter of telling a story — that is: here’s who I am, here’s what I’ve done, and here’s what I can do for you. Same then, same as now. As a young designer, illustrator and calligrapher, I essentially took my “book” to see him there at New York Magazine. It took a while to make that happen. And as with anything, persistence pays. Finally, a short meeting was set. And I went into the offices to meet with him. In the common parlance of anyone looking at portfolios, you wait — who’s first? Who will say something? You or them? And then, what do you say? I reached out first to tell the story — and to offer the work.

“I’m a designer, and here are examples of my work. Here as some examples of lettering and type design, here are some drawings, some calligraphy, some alphabets I’ve designed, some illustrations.” And to each, of course, what’s the point? What’s the work for? Well, when you’re starting out — and if you’re untrained as a designer (not schooled for it, scholastically — which I wasn’t) then you’ve got to improvise. That is — I made things to show. I offered letterpress printing samples on roughened paper; I did drawings on old italian handmade paper, hand bound books of drawings, sheets of calligraphic poems, in colored pigments on washed, darkened handmade paper, broadsheets of alphabets, all drawn — all made, by hand. Everything I did, then, was by hand. I set type, I made paper, I bound books. But it was more to a modernist, European design ethos. I was seeking a new order of design/type/calligraphy/story/illustration — newly combined. And, for the most part, there were very few people working in precisely the space that I’d laid out for myself. And it’s about storytelling — what’s my story, what’s the background, and how can I (get) work? Story then, story now. 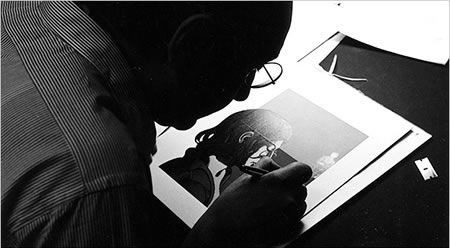 But the opening encounter with Milton was unique — there were clues that were unforgettable in my mind. For one — art. There was all kinds of art around the office, which was small and conventional. And there was a lot of it. There was manuscript painting from India, there were Spencerian calligraphic broadsides, there — small engravings, here — sculpture, deific objects; over here, there are sketches, framed and small. And in speaking with him, the collection was really about objects that are not merely fanciful collections — but items of interest and attention — there was meaning within. 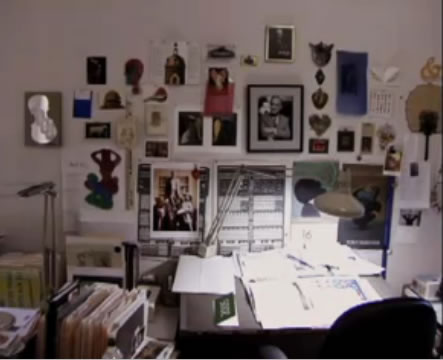 I personally believe, in watching then, and watching since then, the character of Milton’s work is the depth of the spirit that lies behind them. Nothing is merely “designed” — it has a deeper soul. Surely there would be some that immediately would say — “how can you possibly imply that design has no soul.” None said, none taken — surely I wouldn’t imply that. Instead, what I offer is that there are some that are driven further into the heart of design that’s not merely about — “my ideas, my persona(l), me and mine”, but it’s more about the tradition of carrying some thinking forward.

The vast vocabulary of Glaser’s work truly speaks to a fluency that is culturally rich — he represents a nearly classical tradition of using his artistic sentience to infuse virtually everything with a kind of renaissance luminescence.

At a show announcement in 2000, he’s been described as “born in 1929, Milton Glaser was educated at the High School of Music and Art and the Cooper Union in New York, and via a Fulbright Scholarship, the Academy of Fine Arts in Bologna, Italy. He co-founded the seminal Pushpin Studios in 1954, founded New York magazine with Clay Felker in 1968, established Milton Glaser, Inc. in 1974, and teamed with Walter Bernard in 1983 to form the publication design firm WBMG. Milton Glaser, Inc. is a multidisciplinary design company, specializing in corporate identity, logos and trademarks, brochures, packaging, interiors, exhibitions, posters and websites.
Glaser was the 1972 recipient of the AIGA medal, the highest honor given to a graphic designer in this country, and is the only graphic artist ever to have had one-man shows at both the Centre Gorges Pompidou in Paris and the Museum of Modern Art in New York. The American Institute of Graphic Arts has called him “One of the most influential and unusual figures in the history of graphic design, Glaser has been producing memorable images and objects for more than four decades. From the famous Bob Dylan poster of 1967 and the universally imitated “I Love NY” logo up to the cutting-edge design of his new websites and his masterful illustrations for Dante’s Purgatory, Glaser has created some of the most powerful and enduring visual art of our time.
That encounter for me was two fold. One, he said, “I like your work, but you’ll have to move here.” Back then, the Northwest was an outback, a remote community that was seen as a kind of woodsy kingdom. I learned that I’d have to do something about finding alternate ways of getting work to people. The remote Northwest; I used to say — “well, we just got power and water, so we are emerging as a cultural presence…” Then, shortly thereafter, with the advent of gigantic fax machines and the presence of the then named Federal Express, it was possible increasingly to work wherever I wanted. And I did. I used something that no longer really exists. Reps. Artist Representatives, that carried books for me in San Francisco, Los Angeles, Dallas, Chicago and NYC. They hunted down the art buyers, advertising agencies and design firms to sell the skills that I offered in type design, calligraphy and illustration. I also realized that to get work, I’d have to be out there. So if I wanted something to happen — work from another place — I’d simply have to go there. Be there.
I reconnected with Milton years later, again — this time at his studio and it was more of the same. Art, beauty, intelligence. And though I never got a job from in the beginning, or later, I still was inspired by the imaginative turns of the character of Glaser’s spirit — for now, and surely into the future.
Some influential works, to my life visioning of this recollection — 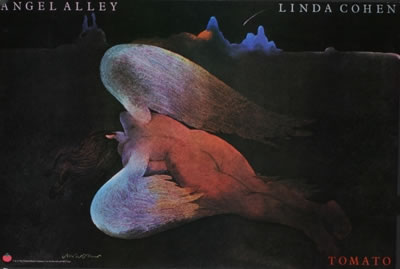 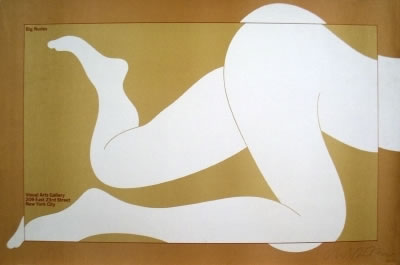 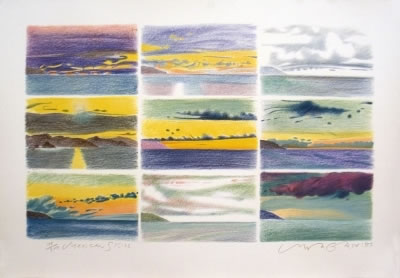 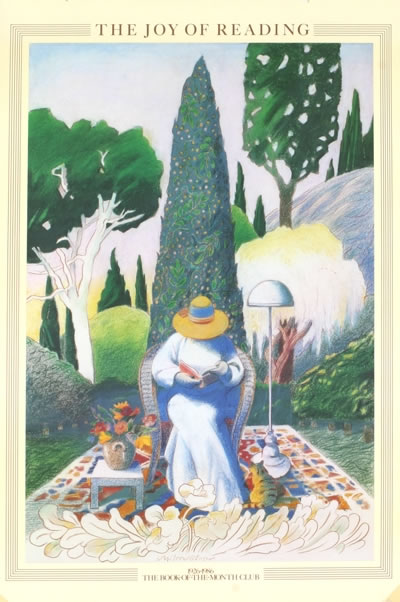 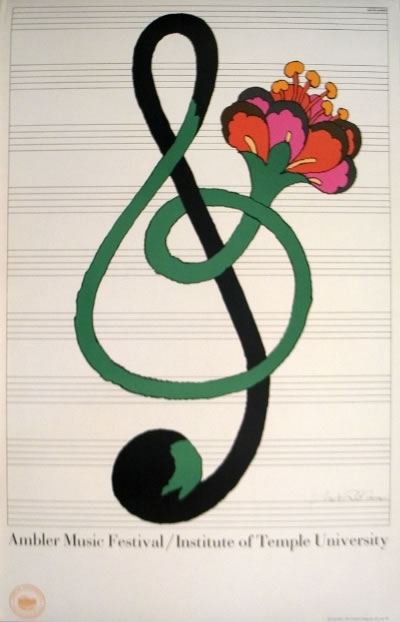 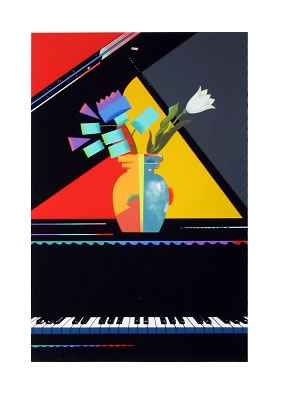 Of course, there are countless other images — posters, drawings, illustrations.

Then, to dimensional work — a favorite place to eat in NYC: Trattoria Del’Arte, just south of Central Park South on 7th Avenue, across from Carnegie Hall. 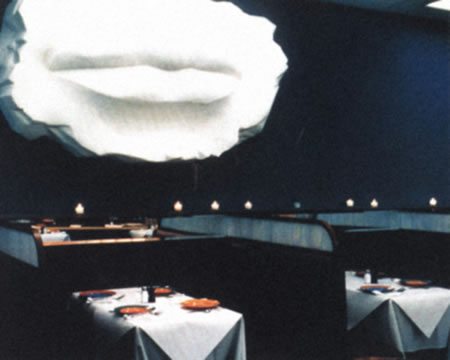 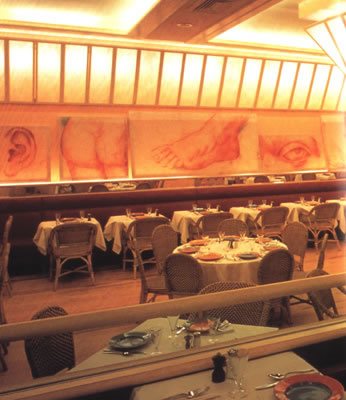 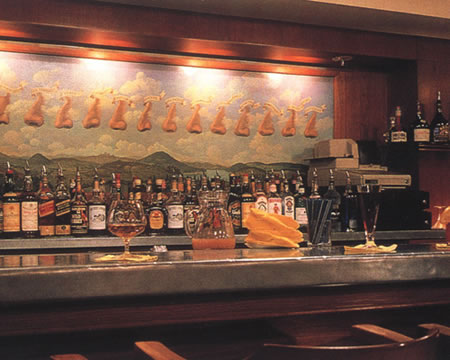 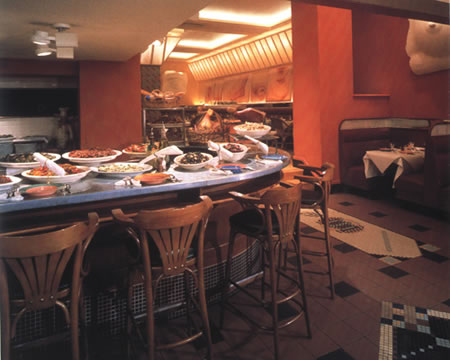 There are dozens of identity treatments that have been created by Milton Glaser, Inc. This one is my favorite: 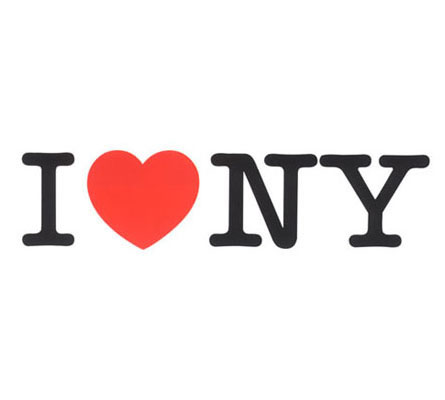 As recently noted in the NYTimes, there’s a new movie on Milton. I’ve not seen it, but the reference is here. 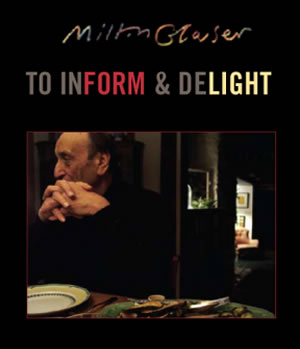 What I can offer, in interpretation is that in my experience, there are very few that celebrate the living design principle, being in the work so completely, so resolutely, that it flows in the veins of holistic experience. You live there, you live inside design, you know its history, its cultural expression because, for you, that culture, cult, is coursing like a fever.

The spirit of design, art and the installations of beauty
http://tim.girvin.com/Entries/index.php?s=beauty
the work: https://www.girvin.com
the truth: http://www.tim.girvin.com/

References: Videos
TED
Art is work
The Art of the Book (92stY)

Knowledge work, navigated -- the endless quest for answers. For decades, the work of Girvin really has been about the reorganization of information. That is, the re-forming of form, in the content of comprehension. All of these words are meaningful to me; and they've all been explored - to the deeper tiers of thinking and…

When it's rough, sex sells

Marketing sex, retail and the recession There's been a dire downturn, underlining the bleakly obvious. And it's been down for everyone -- everything -- everywhere. All markets -- and each of us -- everyone's been affected, crystallizing the clearly understated. There are, however, glimmers of hope on the horizon. We'll all keep our fingers crossed.…
We use cookies on our website to give you the best experience on our website. By clicking “Accept”, you consent to the use of ALL the cookies.
Do not sell my personal information.
Cookie SettingsAccept
Manage consent