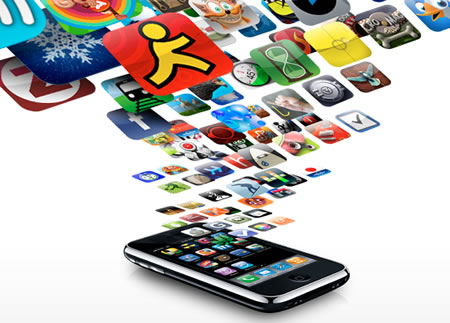 1. Lasting only a moment; momentary. Obs.

1606 N. BAXTER Sir Philip Sydneys Ouránia sig. D, Not one momentall minute doth she swerue.1632 W. LITHGOW Totall Disc. Trav IV. 133 Mahomet the second..liuing in a discontented humour, to behold..this famous Citie, that so flourished in his eyes, by momentall circumstances, collected his cruel intentions, to the full height of ambition. 1646 SIR T. BROWNE Pseudodoxia Epidemica V. v. 240 For holding no dependence on any preceding efficient but God, in the act of his production there may be conceived some connexion, and Adam to have been in a momentall Navell with his Maker. 1757 W. THOMPSON Poems Several Occasions 251 Momental Bliss! For sudden rapt, the midnight Howl of Wolves, The Dragon’s Yell, the Lion’s Roar, astound my trembling Ear.

a. Math. Of or relating to momentum. Obs.

1806 W. H. WOLLASTON in Philos. Trans. (Royal Soc.) 96 18 If it be of any real utility to give the name of force to this complex idea of vis motrix extended through time, as well as that of momentum to its effects when unresisted, it would be requisite to distinguish this force..by some such appellation as momental force.

b. Of or relating to moments of time. Obs. rare.

1848 W. R. HAMILTON in Trans. Royal Irish Acad. 21 201 When we have..been led to form successively the separate conceptions of any number of moments of time, we may afterwards form the new conception of a system, or momental set, to which all these separate moments belong.

c. Philos. Of or relating to a moment (MOMENT n. 9) or element, esp. of a conceptual entity. Obs.rare.

1848 J. B. STALLO Philos Nature II. 378 The truth of the quantum is the unity of the particular and of the infinite quantity, in which both occur as momenta… In the fraction, e.g., the two quantities have no absolute value, but momental value only; an infinity of numbers may be put instead.

d. Math. Of or relating to a moment of inertia.

1866 Philos. Trans. (Royal Soc.) 156 760 The kinematical exponent (or momental ellipsoid) of a given uniform ellipsoid is not the ellipsoid itelf, but the reciprocal of the contrafocal ellipsoid whose squared semiaxes are [etc.]. 1877 B. WILLIAMSON Elem. Treat. Integral Calculus (ed. 2) x. §207 The boundary of an elliptical lamina may be regarded as the momental ellipse of the lamina.1930 Amer. Math. Monthly 37 436 Suppose that the disk is fixed at C so that there is rotation without translation. Then the momental equation gives [etc.]. 1973 Amer. Jrnl. Physics 41 296 (heading) Kinetic energy and momental ellipsoids. 1986 Geophysical Res. 13 345/1 One of the important global forces..is global reorientation, due to perturbation of the momental figures of the satellites by young impact basins.

e. Statistics. Of or relating to the moments of a random variable.

1903 Biometrika 7 128 Such a finite difference momental equation actually exists for all probability frequency distributions of the hypergeometrical series type. 1957 Jrnl. Amer. Statist. Assoc. 52 240 One can see now whether a variable has both the correct momental ratios and the correct coefficient of variation. 1983 Statistician 32 344 The momental constants

1818 H. J. TODD Johnson’s Dict. Eng. Lang., Momental, important; valuable; of moment. 1830 LADY MORGAN France 1829-30 I. 303 In this beautiful statue there was not the sublime calm, the momental immobility, the infectious solemnity, which makes one tread lightly and breathe low.

Tread lightly, breathe low. Everything changes in the momental.
I was thinking about the moment.

And really, what the moment means. What the moment(ary) means is what’s happening. Now, the instance. The instant. I’m sure that you might look at the string of words, the background of one word, and wonder — boring. Not for me, the idea about looking at words, and what they are, and what they have been is a study that goes on and on. I keep looking back into the heart of words to learn more.

What I wonder about is what happens in a moment — the idea, the firestrike of ideals. But, as well, the spark of inspiration that can forever change things. I was thinking about this in seeing the picture of Steve Jobs — who, in what seemed an instant, a moment, healthy and full of the brash character of his enthusiastically wise vigor of creativity in leadership, to being changed — and in the trial of ill health; that worsened, zapped the passion of his presence. And then, in another instant — he was back, bright; and as he intoned, “vertical”. 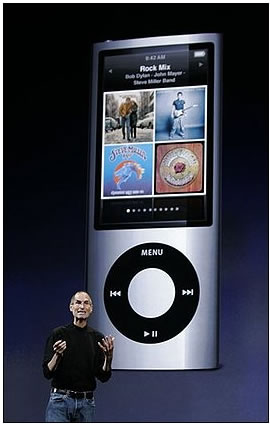 The sense of verticality means — not horizontal. And in a way, that’s emblematic to his condition — horizontal, an implication of flatlining — and to that, Steve’s perpetual advancement, going vertical, ever rising. And I believe, in recalling the days of working with Steve, that the instantaneous is part of his action, that’s the spirit of his brand instinct — what’s right for Apple. I experienced that reactive character in working with him — a kind of instant responsiveness to a design scenario. “I like that, I don’t like that. That’s right, that’s not.”

While it’s certain that many of the Apple innovations are extraordinarily lengthy in process development, I would suggest that the power of the innovation, electrified in Steve, comes in a moment, that leads to that blinding flash of recognition of something new. “I like that. That’s right.” And there are a string of them, adding perpetually to the threading. 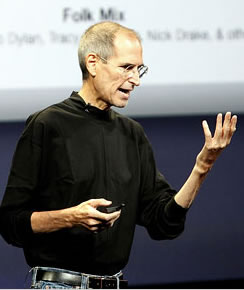 And it all started with Steve. There are a string of explorations, since what I’m thinking about — now — is the instant of the momentary spark of inspiration. Wonderment, for me, is looking at the spark of brilliant glint that is the spark of innovation.

That goes on. What sparked this commentary, to the moment? The idea of what can be seen in the moment, the silent contemplation that pushes the shuttering movement of stalled progress against the wall, till there’s a burst; and paradigm shift emerges. The instant. Momental.

What’s coming out — as of last Wednesday, Apple’s conference resurfaced the spirit of the brand — the leadership team showed off new iPods, renewed music software plus an updated iPhone. These revelations paled in comparison to the attention to the man in the black mock turtleneck taking the stage in San Francisco to introduce the offerings. “I’m back at Apple, and I’m loving every day of it.” proclaimed chief executive Steve Jobs as he made his first public appearance since a six-month medical leave. While out, he had a liver transplant. Jobs used the start of his presentation to thank his organ donor, a 20-year-old who died in a car crash.

Over the previous several months, some tech commentators pondered whether Apple would stumble while its charismatic leader was on leave and the company was led by its chief operating officer, Timothy D. Cook. Shadows fall from the top, and during Cook’s time at the helm Apple successfully rolled out a new version of the iPhone. Apple’s share prices have grown substantively — 2008, at $85.75 to more than $171 on Wednesday. Many found it reassuring to see Jobs back, weaving the presentation platform at the Yerba Buena Center for the Arts.

Apple saved perhaps its biggest announcement for one of its smallest devices: The tiny Nano music player, priced at $149 and $179, will now come with a built-in video camera, a pedometer and an FM radio tuner. Apple also introduced a new version of the iPod Touch with twice as much storage capacity as its predecessors. The new, 64-gigabyte version will cost $399.

Apple expanded the iTunes music software. Genius, the additive search and stylistic recognition tool, helping music lovers discover new songs based on what they already hold in their collections, will direct users to software applications they can load to their hardware — the new version of the software was launched and available Wednesday as a download from its Web site.

Speaking of comparisons, Apple executives appeared to further present iPhone’s successes, enlarging on the strategic technology to gaming, newly defining the mobile as a video game device. Philip Schiller, Apple’s senior vice president of worldwide marketing, referenced figures from the research firm ComScore. The results, speaking of the idea of the instant — are remarkable: Sony’s mobile game device, the PlayStation Portable, has 607 titles available, while the Nintendo DS has 3,680. By comparison, Apple’s App Store, which sells downloadable software for the iPhone and iPod Touch, features 21,178 game and entertainment titles. And working: months ago, in April, one billion downloads.

And, to the nature of the instant — that opening sparked “blink”, the digital version of Apple Store, the micro retail of iPhone, it’s all about the instant, beginning with the one, the two, the five, the hundred, the million, the trillion. Start with the one idea, share it with another — and that moment electrifies the exchange, magnetizes the sharing — and community grows.

And there I go, too.

The wheel brandstory: art brand or brand art There's an art to brand, and brand to art -- I've noted that idea before, in the work of Koons. But this story is different -- and if you go no further, then at least look at this link: Anyone savoring the idea of sketching -- then…

A brand that returns to the heart of design in the recollection of story. In the midst of automobile industrial travails, bank ruptures and dreadful vistas for new car sales, the new G.M. Chevrolet Camaro "sex machine" is changing the tidal surges of affection and enthrallment. Who, in all the challenges -- are seeking out…
We use cookies on our website to give you the best experience on our website. By clicking “Accept”, you consent to the use of ALL the cookies.
Do not sell my personal information.
Cookie SettingsAccept
Manage consent