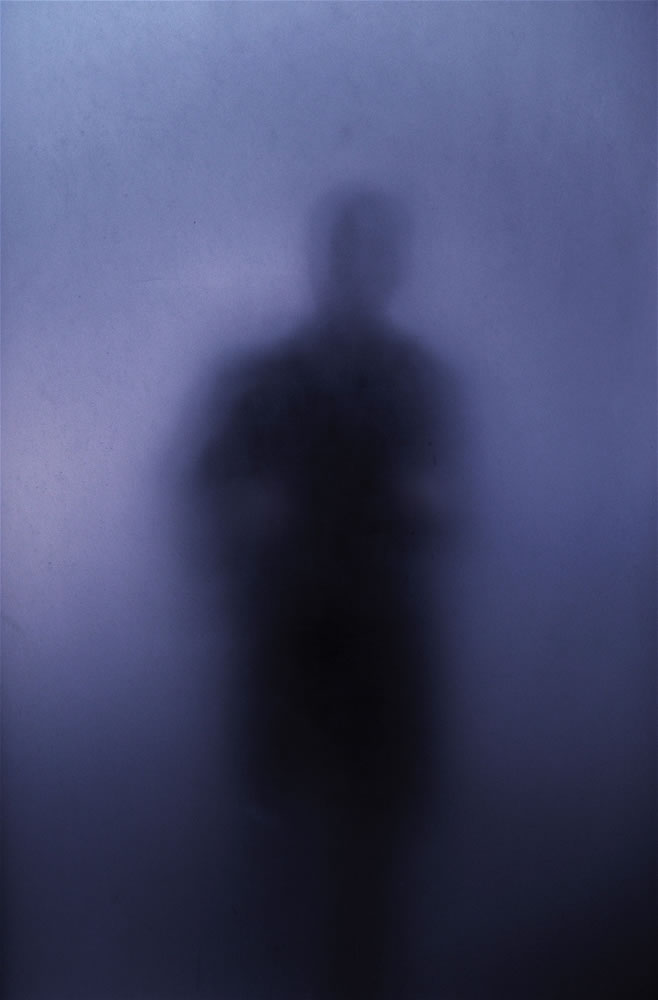 THE JOURNEY TO THE HIDDEN CENTER OF THINGNESS [the it]: THE HEART, THE MEANING, THE MEMORY
AND THE MOMENT IN THE MOMENTUM
IN BRAND MYSTERY.

What is the being of a brand?

It’s a story. It’s a person. It’s a dream — it’s a visioning to another tier of
neo-rightness and perfected change.

And it is feeling and
the reflectivity of the participant —
the giver, the receiver;
the receiver,
the giver. 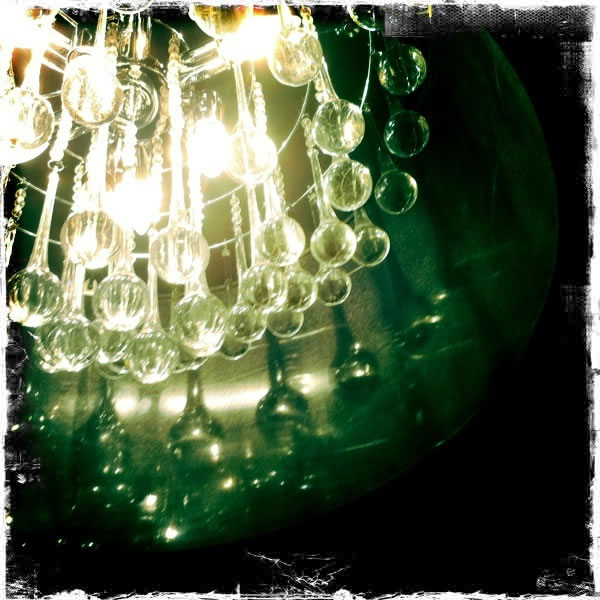 In my history, there have been points of
argument to what the nature of the brand might be.

So how did that happen, that brand, I’d wonder?
Just spit out of commercial engine, mechanized and robotic?

That would be up to you and your interpretation of how you tend to relate to, feel towards any branded experience. Just a ride, or are you looking into it? For something deeper?

It is—for example—just a place that offers something?
Is is just a place that you grab some food, a service, a drink, a book, a gift—just there, it’s a place—get in, get out.
Get on your way.
Get outta [t]here.

And it might come, more pertinently,
to the notion of how you experience things,
which could be a
“make it through the day,”
or
“the exploration is the meaning of the day”
kind of appraisal.

That too would lend itself to other tiers of examination, as you study commerce, consider enterprise, examine experience layering.

Really, do you care — study that, map that, tier the layering of how you link to a humanized experience of brand sensation.

And if you’re thinking about those things, are you pondering — “the why of it,” settling deeper into the molecular moment to ask,
“why am I thinking this?”

The etymology of the word mystical lies in the history of the process — to know more, there is an initiation — it’s a journey into another place, another way of seeing, a different layer of experience.
What you sense, what you see — it could be hidden, less than obvious, it’s the first step to knowing more as is quickly
implied in the word itself.

You might say, too, that to be an initiate, you are first in line to understand something that perhaps others might never grasp. Something has opened up to you — or you have opened up to it. 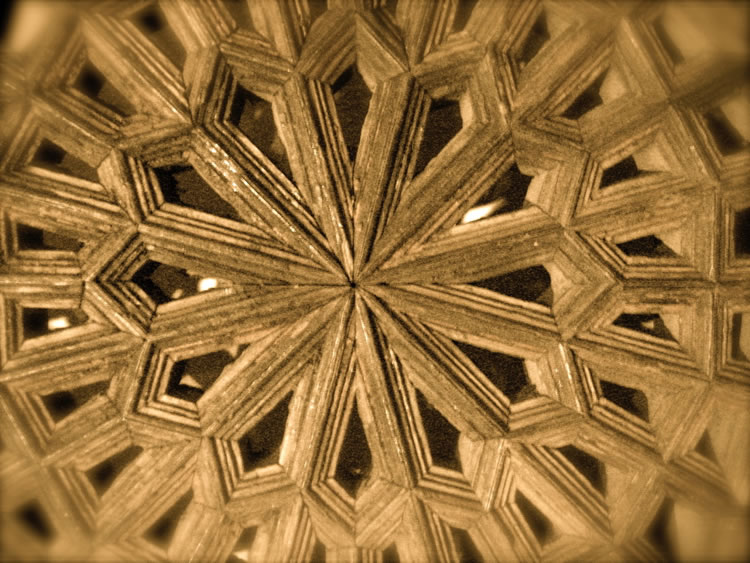 But never mind to that premise, just presume that the very idea of brand mysticism, from “myo” or the term ‘mysticism,’ comes from the Greek μυω, meaning “to conceal.” That would lend the gesture that the most interesting brands aren’t obvious, they are layered in a journey to discovering.

It might be, that everyone knows that Tim Westerling sells books down at the Market Book Shop. But does everyone know that Mr. Westerling was a former Catholic missionary priest in Shenzhen, China, that he lived in a monastery studying Chinese before his journey into the far country of China in the 60s?

Or what of Shirley’s Waterfront Café and her early days as a circus performer and how that influenced her whole lineage of thinking about color, theatricality and presentation, and — in that instance: food?

I’m not suggesting that every brand has a hidden layering beneath the trappings of now-conventionalized appearance, but that, more often than not, there is something deeper to the very idea of getting into the presentment of a brand, built for selling, underlaid with a truth to some commitment to produce an offering needed by others than oneself, the maker of the brand.

Why make it?
What’s the point of the build?
Why take that journey, leading out to the edge of brand creation?

Money alone?
A withering wind, it comes and goes.

For something more, personally, as in all likelihood: an evocation to actualize dreams, ideals and ideas?
A calling [vocare] — which, in its very nature is a mystically-motivated premise: “the calling,” a voicing from within or without that “speaks,” literally, to an answer. A simple question presumes a simple answer. A mystical inquiry presumes the finding of an occult answer, something that isn’t out in the open, something concealed, something that lies in a greater embracement of the story being told.
Sure, you can get the basic plot line of any telling. But what if there is something more beneath the surface?

In an earlier set of images, shot on the road, around the world, I’d overlaid messaging from the present, to remote locations, disruptions and disturbances – points of transitioning.

That takes you to:

The movement —
a path that goes somewhere.

Or as a wander.

There is a path. 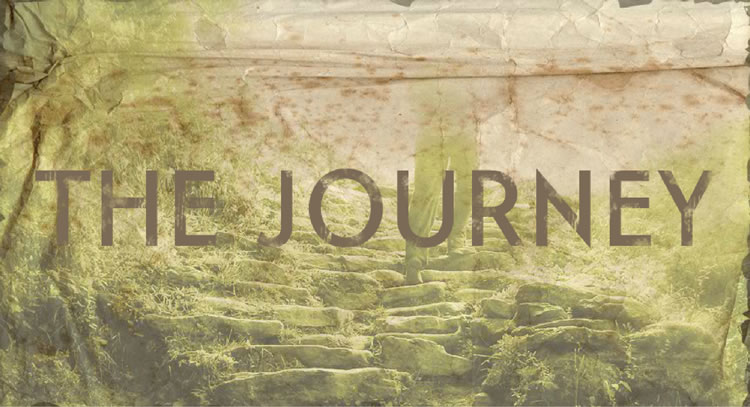 Which, daily,
takes a new turn. 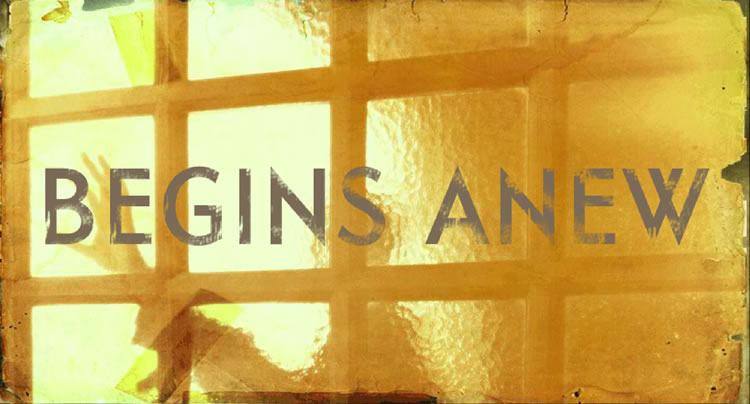 Story is history,
it is where the brand was,
what it was made from,
who made it and why. 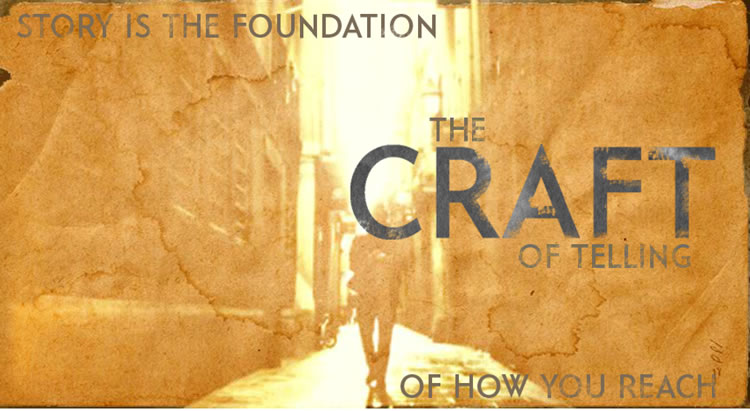 And this is the telling to what the brand is,
and who that was, is, could be and shall —
in the narrative augury of the futurist. 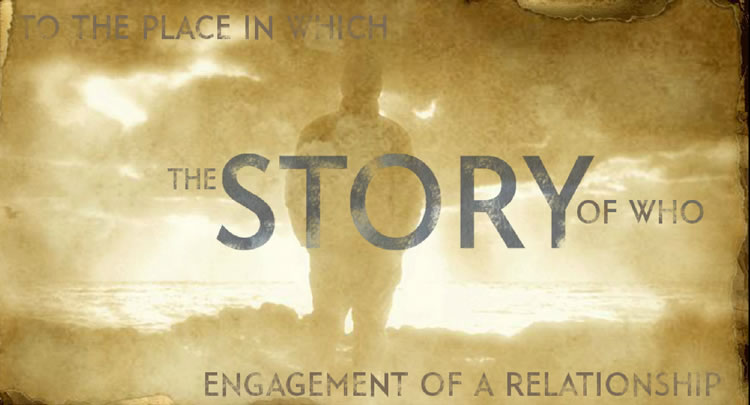 There is a brand song —
any song is a chant and enchantment is
intermingled in the siren’s notes. 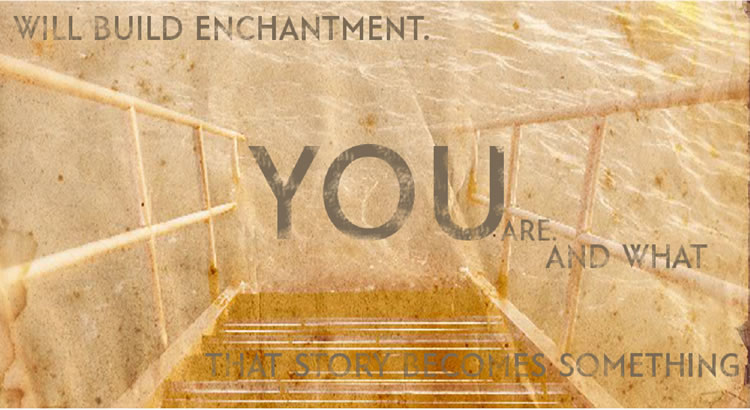 Is your brand a theory?
Or something held?
Engaged.
Embraced. 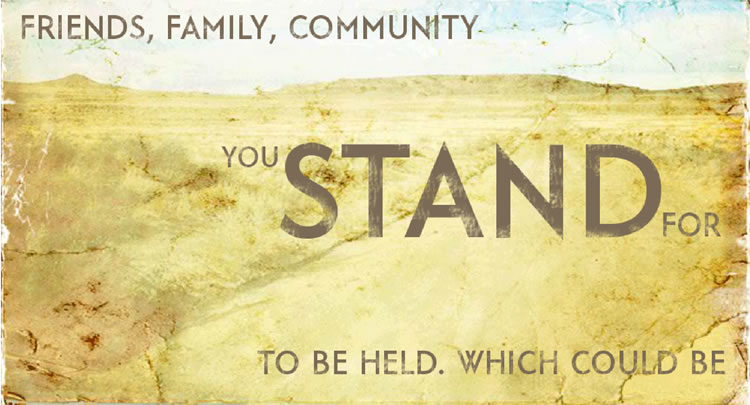 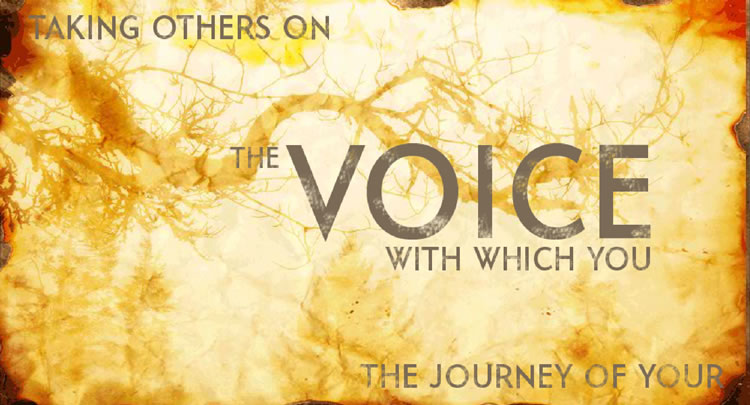 As in any journey,
the map-maker is the journalist;
every step of a map is an hour, the jour of the moment.
The journey and the journal intertwines —
as the plait-work of a pathway. 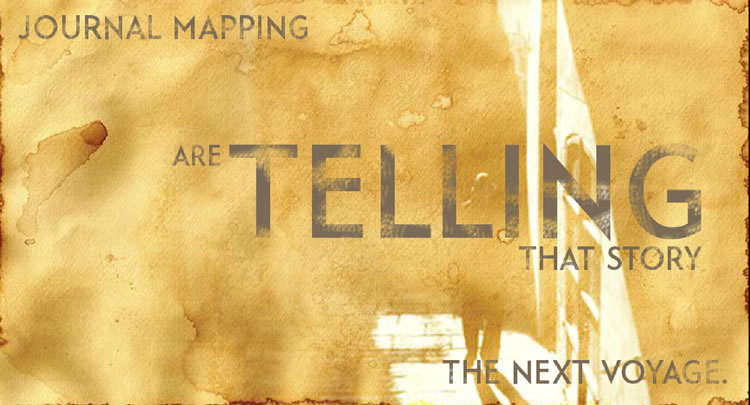 There is a loom of experience —
which is the earth and the heavens, the forward and the back,
west and east, the up skyward and the down south.
The loom gathers the threading, the warp and the weft and shuttles the holism of the fabric.

Which is, of course,
the fabrication. 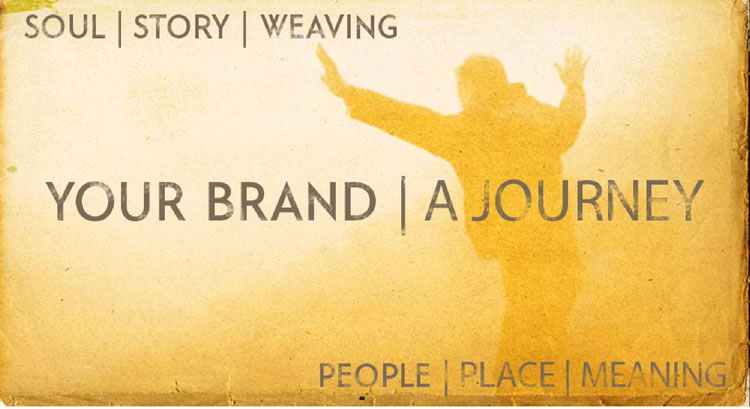 When some hear the word mysticism, they contemplate the visage of a mystic, clouded in obscuration. The explorer of the shadowed and veiled world — but perhaps, in fact, it is always through the mist, the fog of being, the wanderer in the trackless land, that we see more clearly beyond, in what is deeper.

Because we’ve been there. Out there. Further.

Some brands shall always be superficial, transaction-shell-games, while others seem to have a kind of, pardon the alliteration, mystique.
The point would be that the true value of any brand lies in the depth of its community of transactors.

Go deeper, into and
beyond the mist of being.
And see more.

THE STRATEGIC ALIGNMENT BETWEEN PRODUCTION DESIGN, STORYTELLING, PLACE-MAKING AND IDENTITY. STRATEGY? SYNCHRONY. I was reminded about brand alignments and world design in a recent posit at FastCompany, on Skyrim. I’ve actually been talking about this a lot in other contexts — as in, “which comes first, the place, or the brand?” I realize that many…

[et_pb_section bb_built="1"][et_pb_row][et_pb_column type="4_4"][et_pb_text _builder_version="3.0.101" background_layout="light"] IF YOU’RE GOING TO KNOW. THEN GO. TO GET TO THE HEART OF IT, GET OUT TO IT. At the edge of the whorled. There are those that comment on the state of the this, and the that. It’s the whirl, the spin, the turn and the twist — but…
We use cookies on our website to give you the best experience on our website. By clicking “Accept”, you consent to the use of ALL the cookies.
Do not sell my personal information.
Cookie SettingsAccept
Manage consent