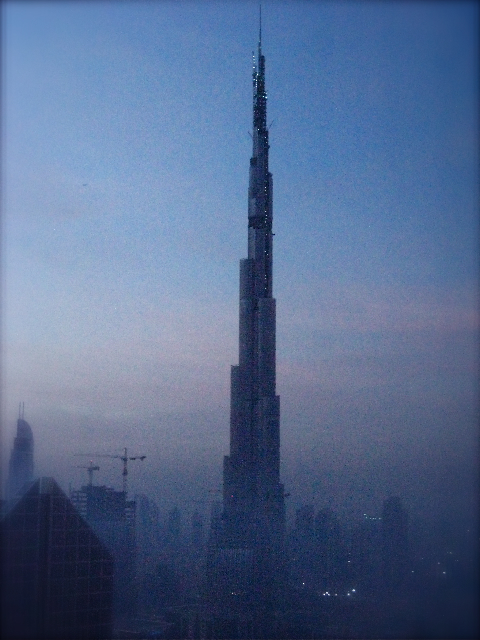 The concept of the personal brand, in place – what makes a city’s identity?

Spending time traveling, as I have now, for the last three weeks straight, I’m now coming to the positioning of questioning my own identity, in the whirring of place. Where am I — what city, what hotel room, where’s my car? What garage? And given what we are all experiencing, it’s a matter of national pride to examine who, and where, we are. Just for the moment, it’s good to simply be in one place — and say: “Here I am; here’s what I stand for; and here’s where I’m going.”

But there are bigger challenges, when you are a city, trying to figure out your identity — what your brand might be, and what story might be held? And, if there’s a story to be held, who’s holding it, in their personal vessel of memory? For example, what is the real “identity” of Seattle? Right now, I’m not sure. And traveling with a cadre from the Seattle Trade Alliance — exploring a multiplicity of environments examining their personal identity (Abu Dhabi and Dubai, UAE), there was surely a challenge in knowing who stands for what. First of all, what is Seattle’s story, and what do they stand for? To the Trade Alliance, there was a certain desperation in clarifying what we stand for — that’s in the city; and the power of the brand that’s, in a way, re-presenting the city. What I might offer, to the Brand Seattle, is the personality of openness, warmth and intelligence — this was, to me, the memorable character of the reflection; and it’s in our blood, and our story line, that we are open traders, that we are savvy in our surviving — and that there is a warmth in our willingness to explore and engage. These days, we all have to — and given the legacy of our last round, eight years as closed-door embargo(ers), it’s a good thing that there’s a seismic shift to new “friendliness.”

Seattle’s current identity, well, from the site, it looks like this. And we stand for two things, one piece of architecture owned by a family, and the other a mountain that’s owned by all of us (but actually, none of us). I”m not sure how well that captivates the power of imagining, let alone brand magnetism. And that would be my concern, in telling the story of our fabric — are we about buildings, place or spirit? Where are the people there, I wonder?

Being in Abu Dhabi and Dubai — two other polarities in the concept of city in place, there are added challenges — one is trying to create an identity of place, in itself a sensate challenge, but then, too, it’s about designing something around that presence; that is — it’s not only about trying to illustrate place, (for the visitor, for example). That sequencing can be complex and confusing — like this:

So, for the sense of place — the Sheikh Zayed row / roll:

This, the main image of the Dubai tourist site application, fails, to my sense, to engage a galvanizing attractiveness. What brings me here? And when I study the concept of place, in relationship to staggering and outlandishly wild growth — is there a better sense of human place here? Or there? As below — the newly-sprung Dubai, a string of installations placed along the selfsame road of 40 years ago, below that (antique tinted, no less). 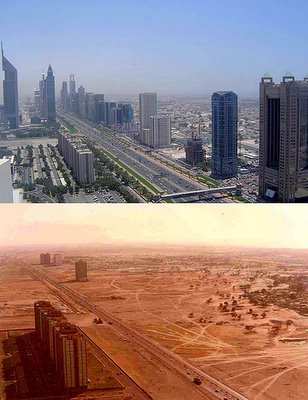 Personally, I don’t think so — there are pockets, but what I’m looking for is soul in place. And how is that story told?

Okay, following the banner of identity, in brand — and city / place storytelling…. There’s the flying calligraphic badge of the Government of Dubai, which contains the classically disciplined embellishment of an Arabic crusade of visual cavalry. (That is what it reminds me of — a running Bedouin troop, riding across the desert.)

And then there’s the log, beyond that, of Dubai, the city governance.

None of these are doing justice to what’s there — but they do, collectively, illustrate the challenge — from the opening positioning of what, and who, does Seattle stand for — what’s their story (our story); and finally, in telling it, who cares? I’m looking for those bridges in theory, place and making — between the construct of what’s actually in place — and what is the method by which this place is “illustrated.”

And it’s about the challenge of reaching to the soul of people, in place, in leadership — finding the heart of the story and how it’s told, who’s telling, and what does it feel like?

A presentation in London | Professional Spa Conference + Beauty Summit. I've been thinking about the concept of wellness shared -- and the communing offering of spa well-making and health generation. Generation, is that the right word -- to generate health fullness? Rejuvenation? A return to the making of youth (fullness)? What is spa, anyway?…

I found this story, and thought I'd post it. It's from a couple of years ago, but it is still layered with details about how I see this store. I offer this grouping of images, shot at Apple's new store in NYC on 5th and Central Park South, as a kind of oriflamme to new…
We use cookies on our website to give you the best experience on our website. By clicking “Accept”, you consent to the use of ALL the cookies.
Do not sell my personal information.
Cookie SettingsAccept
Manage consent