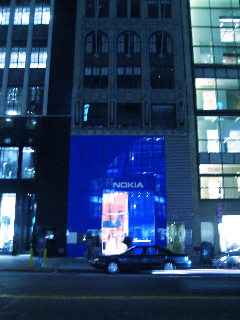 The Nokia people didn’t like me in there, too much. And I go out.

And then I send this to you.

I do like the sheer presence of the blue, here — especially against the black of YSL next door. 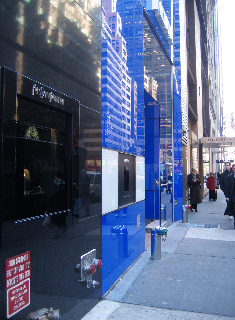 The inside is a wash of color — this luminous gradated glass field — changing color, transected by connected | arrayed screens…flipping the pages of books. Which I’d call a nice metaphor. Books and other forms of transmissions, in a long sequential reference of digital screens, linked to each other. 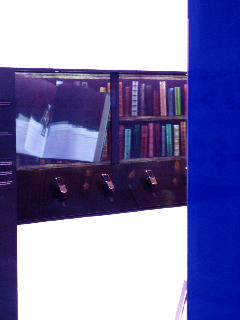 The rest of the space is chilly — even with the walls changing color, like this sequencing. 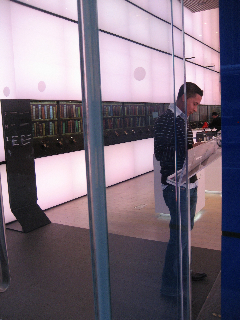 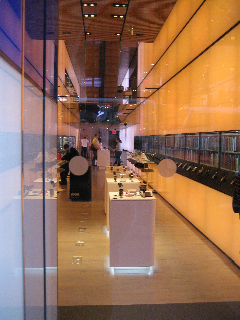 The main floor uses the variably lit scheme, which becomes all blue, as you move up to the next floor, this is the truly “cooler level. But once you are there, it’s a pretty simple arrangement of mounted phones. 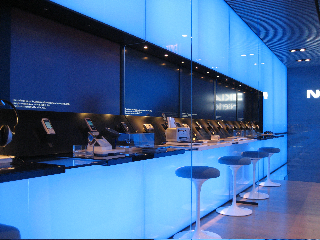 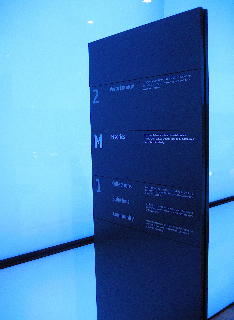 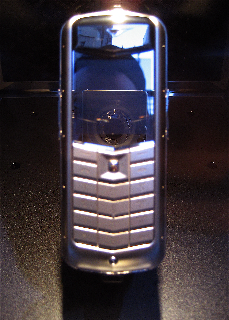 in Vertu — which were once impossibly priced phones, in their opening European and Middle Eastern launch, but has now come down into the accessible range — around 6KUS$.

I’m sure you’ll rush out now. 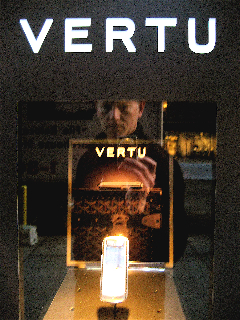 Still, the detailing is exquisite for these phones, the upper tier is where Vertu lives, in this shopfront. Around the world, I’ve seen variants on these shops, alone. Paris, London, even Jakarta.

I went to the launch in Paris [2002]. For sheer Hollywood gossip, it was there that I met Gywneth Paltrow. I didn’t recognize her until half way through the conversation. The installation highlight was James Turrell. He wasn’t there. 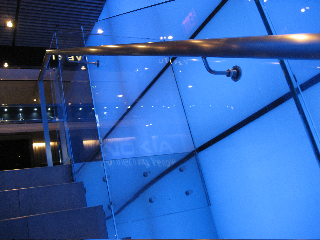 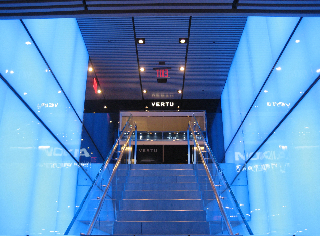 The Vertu shop is a half story up, perched above the main corridor below. 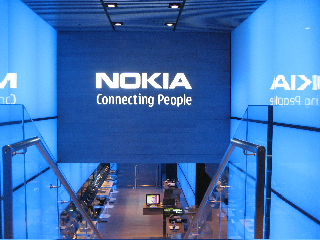 And when I was up there, shooting down, that’s when I got caught. 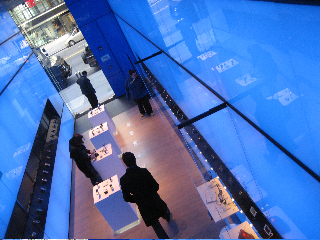 Sometimes I get caught. But rarely.

3.25.06 Cairn of lavastone | Mt. Merapi | Java obviate OB-vee-ayt, transitive verb: To prevent by interception; to anticipate and dispose of or make unnecessary. Obviate derives from Latin obviare, "to meet or encounter," from ob viam, "placed or coming in the way" (ob, "in front of"; via, "way"). ---- My path is about finding…

The ring of bone

For maybe some 25 years I've been collecting zenga. These are the paintings of Zen masters. They are of the haboku style, which is the most captivating, to my aesthetic, which is called "broken ink". It's about saying something in nothing. It's about an empty handed gesture, that means everything. And no thing. And, in…
We use cookies on our website to give you the best experience on our website. By clicking “Accept”, you consent to the use of ALL the cookies.
Do not sell my personal information.
Cookie SettingsAccept
Manage consent