The Blur | Notes on Jai Alai.

Jai-Alai, you would’ve liked the scene; it was trippy. Very old Miami. Gambling and card playing in the adjoining spaces. With a special boozing and smoking lounge – hyper funky…

Notes on jai-alai. It’s, for one, several hundred years old — but how the Basque played a game of this scale I’ve no idea. The fronton or playing field is immense; and once you see how the game is played, you get it. But big real estate would surely be part of the challenge. And expense. 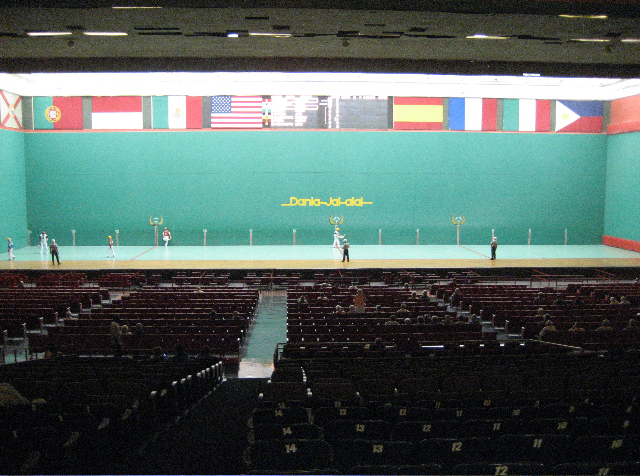 The movements and speed of the ball are captivating. So, I shot. There are no photographs permitted, and I was nearly hauled out. Twice. But I mentioned that shouldn’t this be out there? I mean, blog, baby..? A couple of pictures… for the world to reconnect with, clearly it was a dying art — the stadium was barely filled. Then I heard another player commenting on that “guy taking pictures, where’s security?” Like, who cares? There were surely not enough people to support the game. Where was everybody if it’s so hip; it’s Saturday?

The ball is a wrapped goat skin, stringed and hardened “virgin” rubber (wondered about that) core. It’s clearly very hard, it’s got a very lively bounce. The players, sashed with some Basque cloth, wear this elaborately thonged hand piece (pelota) that flings the ball at an ungodly speed to the far end of the wall; it’s appearing, roughly, to be about 60 feet high.

I liked the sound of the clack of the ball, and the whooshing of the throwing — and, shooting without flash (flash is dangerous to the players quoth Security), the imagery is blurred, but — an interesting indication of the power and grace of these trebuchet hurls, which use one hand, two hands, picking up the ball in a catch, capturing it off the rear wall, twisting and speeding it along at incredible speed — rumored at 180 miles per hour. 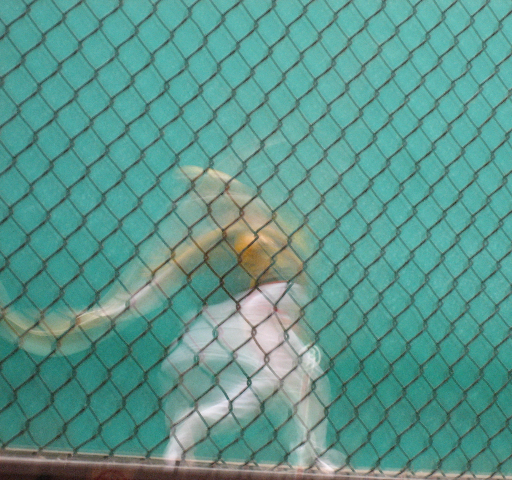 The fantastic bounce and pace of the playing is remarkable; but most of the games are shortlived; there’s a lot of back and forth, as one group comes, wins, and there’s a reassembly of new players. The torsion of the player’s backs is incredible as they respond to the motion of the ball, ripping along, and catapulting it out again at a furious race. 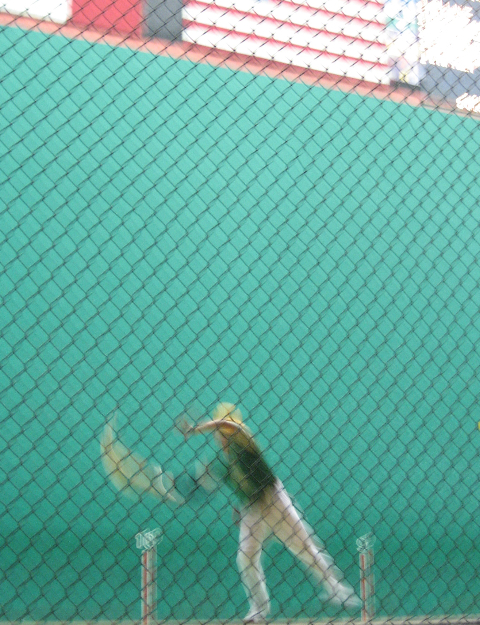 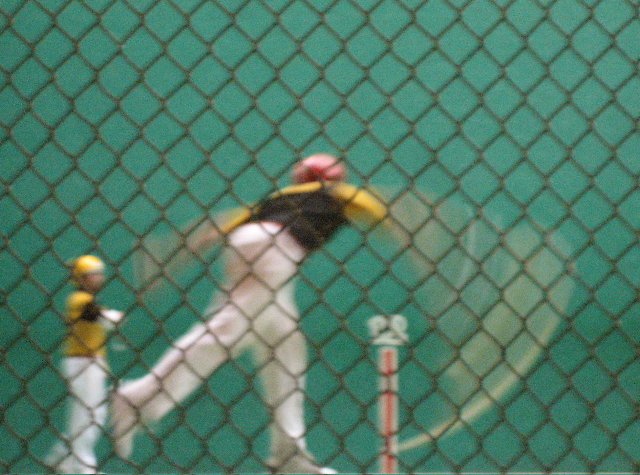 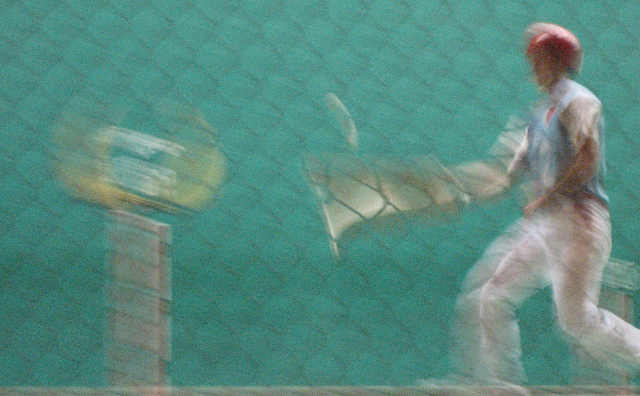 The game is played as singles, as well as with teams. 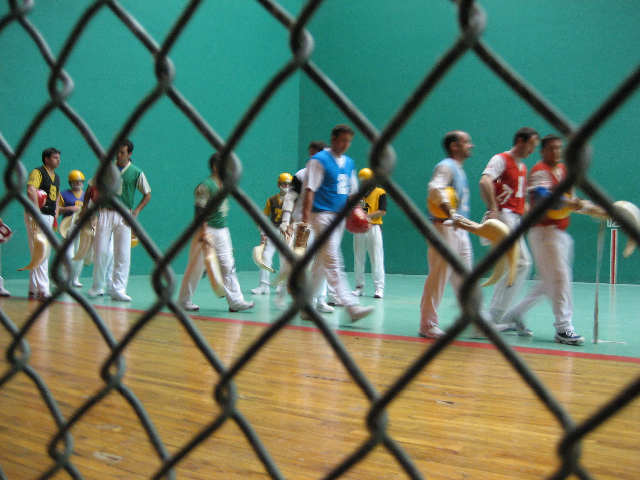 There are referees, but I couldn’t comment that they appeared to be doing anything. 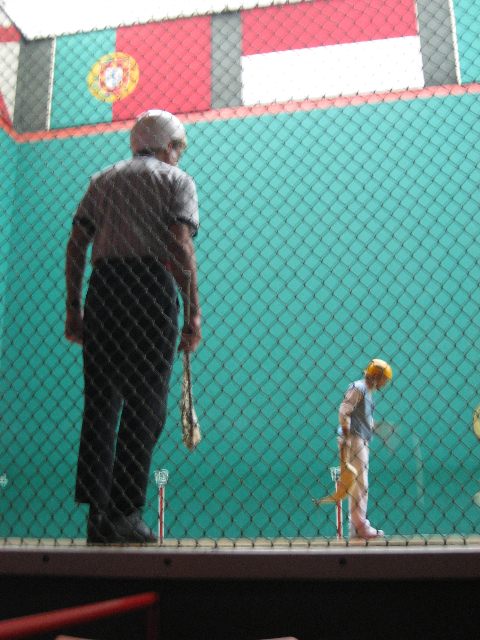 The very design of the game is about big reaches in time and space — to play, the major trajectories, beautiful movements in response and a kind of elegance in attire, counteracted by the wickered hand-throwing armature, that makes it all a compelling mix.

The symbolism of the circle

I'd written a couple of weeks back about the enso, the zenga brush-drawn circles of the Zen masters, as a statement of satori and the enlightened condition. There's more, to the notion of the symbology of the circle, as a gesture of containment and perfection. As a calligrapher and type designer, the notion of the…

To be involved with Lev Leviev is, at least for many that are attached to him, a challenge -- a mystery. I've worked with two friends, several clients, who've mentioned that they've only seen him a couple of times. And that he is modest, direct and enthusiastic in his mission. And this mission is a…
We use cookies on our website to give you the best experience on our website. By clicking “Accept”, you consent to the use of ALL the cookies.
Do not sell my personal information.
Cookie SettingsAccept
Manage consent