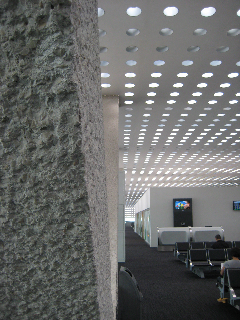 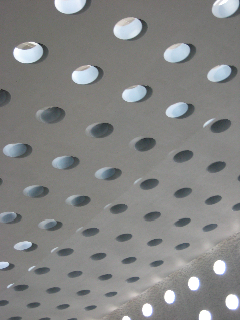 I’ve been exploring the idea of pattern in space. But more about space, and surprise, and story — in place.

And I continue that exploration. You know that.

Space — and the manifestation of place — is about a complex orchestration of elements. But more importantly — it’s all about experience. What is that, anyway? I wonder:

knowledge gained from repeated trials — Latin, experentia, from experientem, participle of experiri, “to try, test,” from ex- “out of” + peritus, “experienced, tested”. The Old French application is from 1377, the concept of testing, trying, a sense of “feeling, to undergo” was first referenced in 1588. But the word root itself is 2,000 years old, at least.

That means something to me. Because experience is based on a sequencing of events, it’s about exposure and continued reference to “what’s happened”. What that is about is the idea of memory in the framing of context. You have one experience, that embeds itself, then you have another.

Surprise comes into play, in new explorations, and reveals new levels of connection. You experience something, you hold it, you are newly framed. Your memory holds that — and you move on.

I keep looking for that. Everywhere.

Every where. That is — every. Where-ness. The power of where.

So that’s what I’m looking for. Whereness. 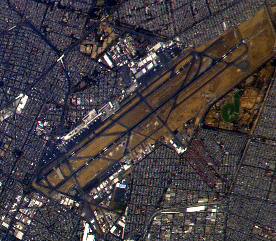 Per Wikipedia: http://en.wikipedia.org/wiki/Mexico_City_International_Airport:
“Mexico City International Airport (Spanish: Aeropuerto Internacional de la Ciudad de México or AICM), also called Benito Juárez International Airport (IATA: MEX, ICAO: MMMX) is a commercial airport that serves Mexico City, the capital of Mexico. It is Mexico’s largest, busiest and most important airport. Although this was not its official name for several decades, it was formally named after the 19th century president Benito Juárez in 2006, and is Mexico’s main international and domestic gateway. This hot (actually, it was rather cool when I was there) and high airport offers direct flights to more than 100 destinations worldwide. In 2007, the airport served 25.9 million passengers. In optimal conditions, and with the current renovations and expansion projects completed, the airport will be able to handle up to 32 million passengers per year.”

Ok. Got that. And that is surely interesting — but what I’m wondering about is the design that’s referenced in this space.

The circle. The patterning of the circle: 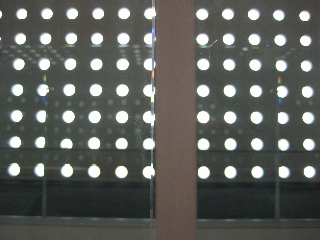 This, in a sense, is what it’s all about: 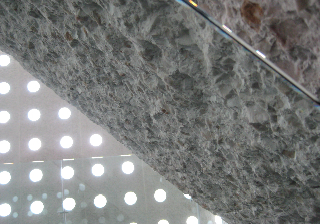 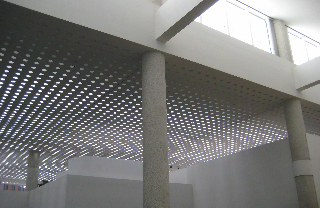 I found this incredibly imaginative. And surprising. The simplistic discipline, manifested like this: 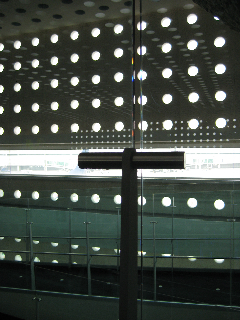 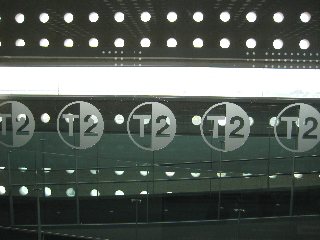 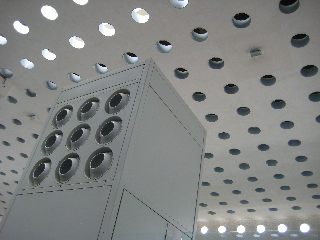 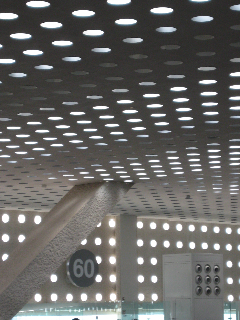 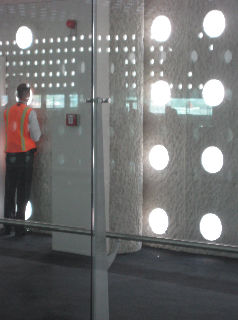 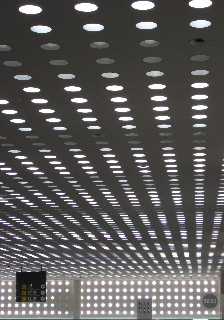 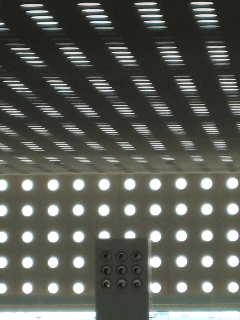 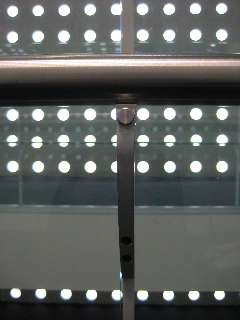 What this patterning, so disciplined and complexly manifested in this space, Terminal 2, at Mexico’s City International Airport, is a lattice-like, filtered sense of light. The pattern is everywhere, but somehow, it’s no where. I’m sure that there are some that might not even notice it. 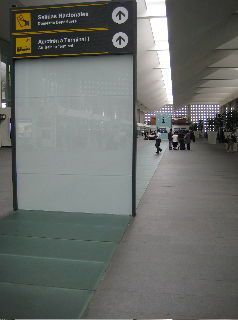 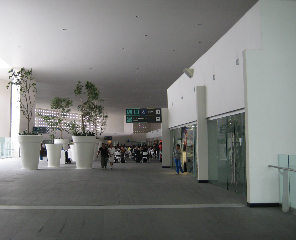 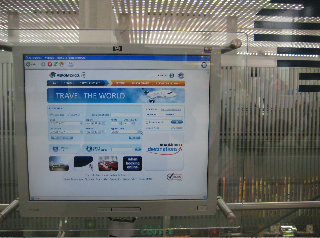 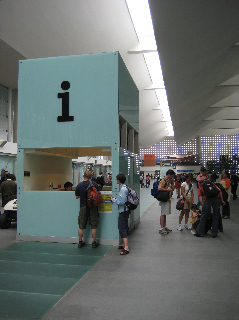 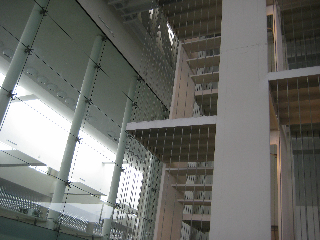 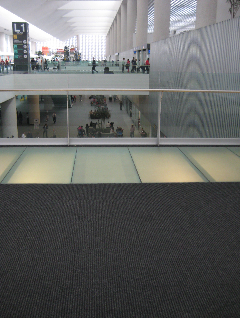 And what I savored is the notion of the brand pattern made real, holistically framed.

Exploring the branding of hyper-caffeinated power drinks; what image is presented -- what story found? Montages by R.Bird In the last 15 years, I've had plenty of experience exploring drinking in Asia. From Tokyo to Seoul, from Bangkok to Jakarta, I've seen the jollity of business men, women, even younger people -- getting slammed. Pretty…

My first exposure to David Byrne was in college, in the 70s. How I relate to him is his ineffable curiosity. Frankly, since the 80s, I've probably only picked up a couple of his CDs, since that time. But it's the infectious exploration that's captivating. And Brian Eno. http://tim.girvin.com/Entries/?p=255. That link to Eno, early on,…
We use cookies on our website to give you the best experience on our website. By clicking “Accept”, you consent to the use of ALL the cookies.
Do not sell my personal information.
Cookie SettingsAccept
Manage consent