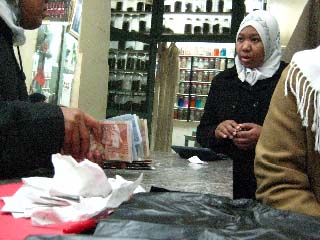 Exploring the heart of the premise — what promise told, in retelling retail in the ancient markets of the world? What story, better — once spoken, twice told, thrice sold?

I’ve been wandering the streets, the souks, the markets and the old sections of Marrakech, Morocco. And what’s coming to me, while meandering the vales and dens of selling here in this vast labyrinth of the spice and silk-trailed caravanserai of commerce — is that this proposition is, in many instances, the roots of retail.

What I mean is profoundly simple. 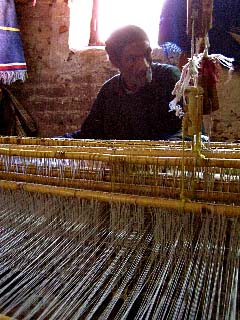 Make something, get it to where it needs to be — to transmit that offering. 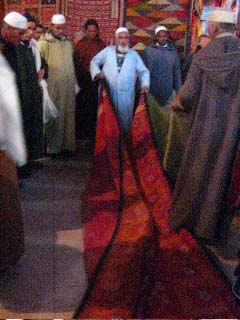 Then bargain with a purchaser to get what you want — or what might be defined as a reasonable deal in exchange for your opening efforts, and then go back to making what it was that you were creating in the first place.

The work at hand.

Everything else, is really additive. It’s really about that action right there — the one to one.

Make something meaningful, find a buyer — tell the story to them, and sell it.

The other components of the retail experience — they might be secondary. And these might be those expressions, noted below. They are still powerful, but potentially, mere supporting entrancements.

1. The extraordinary sense of procession
— the sequence of how one approaches a retail encounter; here,

2. that is the mighty clamor of retail action — the roar of the marketplace. 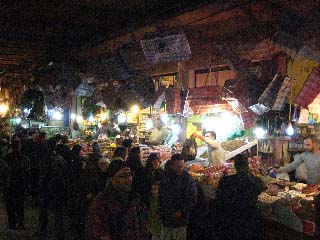 The wafting cacophony of seller’s wail — or the buyer’s remorse, or some chorus in between; these are surely part of the experience — but perhaps merely an added spice. What else, to the experience — designed? 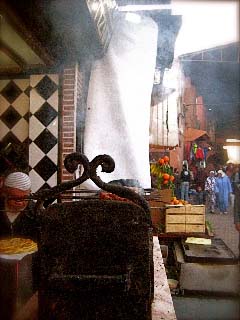 3. The scent of retelling the sale, here — is a spectacularly sensual encounter — aside from the din of the aural, there’s the scent of any place that is engaged in selling — and that might be the fragrant crackling of myrrh on smoldering briquets to the assailing scent of chicken manure in the Egg Market, where chickens are sold live — and in varying states there after.

4. The taste of the encounter — some products are taste; and in being in the market, it’s the taste that tells the legend of the experience. But sometimes that process of selling is really about the look, and not the ability to sample — you see the offering, recollect — and acquire, based on the presumptions of experience. You remember that this was good — therefore — you’ll buy it again. 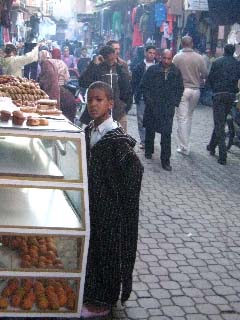 5. Touch is always part of connection — in retail, you feel your way along. And this might be the least aspect of the sensual experience of re-living ancient conceptions of retail — that could be secondary. 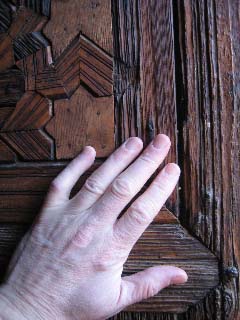 “Here, touch this — feel this object, the character of it and you will know more…” the seller proclaims. 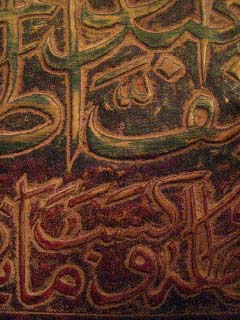 Retail here, is centuries old — and on the path of the ancient roads of commerce, the souks or markets have been built on the profound interconnectivity of people(s). There is communion in communication.

Marrakech is a hub — active since neolithic times — and compass meeting point for ancient merchants crossing the Sahara in their camel caravans, linking Africa with Europe, in the trade of valuable salt and gold. For centuries it was a relationship of mutual need — a reflection in the very nature of retail and commerce — one thing given for another.

The old and then vast Empire of Ghana, now Sudan, possessed large amounts of gold, but lacked enough salt to be sufficient for the survival of its people. The desert regions of ancient — and modern day — Morocco contained vast salt resources, and tribal people in search of valuables such as gold for their trade and manufacture of wares and exchange.

Other routes eventually emerged and complimented the traditional trade route leading from Western Sudan, Morocco and on to Europe, but it — Marrakech — remained the centerpoint of the route and the spoked nexus, linking the south with the north. Merchants and traders transported more than valuable or life-sustaining goods along these routes — there, in the concomitant sense of exchange, was learning.

Arab merchants, as well, brought the Koran and the written language with them, and through their business relationships, storytelling, knowledge of other parts of the world, literature and crafted arts, changes in religion and language to the traditionally oral cultures existing at that time.

In a way, the teaching of this ancient crossroads persists in a manner that suggests an answer to the dilemma of the west — and the deepening challenges of financial collapse. It is, simply, the person to the person. What I note in being here is the intimacy of the exchanges, the time taken to connect with people (even me!) The character, in care, in linking with the person.

There is something to the art of selling that is not merely about the one, but about the care in the one to one. In studying that proposition, I believe there is much to learn. Slow down in the frenzy and focus on that one person that is before you. Effect that story, in sale — then engage another, as you will. Look for the one to one, to begin the revolution of the many. 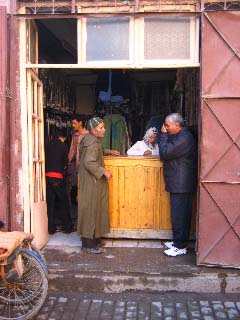 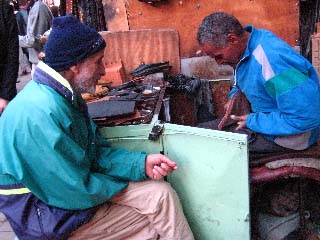 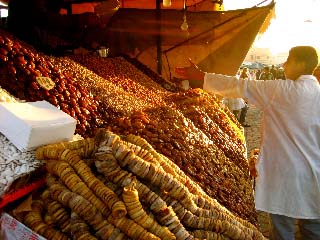 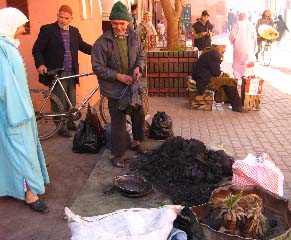 Exploring unbranded brand storytelling There's a new concept that's been created by McDonald's, in Tokyo. No brand, yes brand -- scrap brand, new brand. "We want consumers to discover great taste and not care about who produced it." In this manner, the telling is about beginning, reaching out to new relationships – starting the story…

Saying goodbye at the Majorelle Gardens. I did gesture to good bye, at his passing, along with, of course, millions of others -- June | 2008. And most of the designers of significance on the planet: http://www.wwd.com/au_revoir_yves And, that closing in Marrakech, a handful of his dearest friends, gathered to celebrate his life and lament…
We use cookies on our website to give you the best experience on our website. By clicking “Accept”, you consent to the use of ALL the cookies.
Do not sell my personal information.
Cookie SettingsAccept
Manage consent