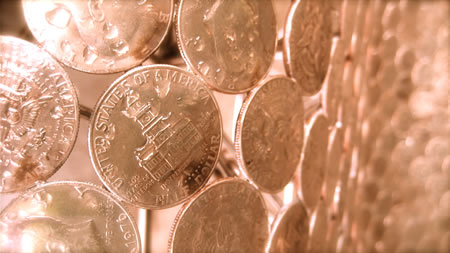 Brandstory and language: what’s the positioning — in a challenging milieu — what are we really looking for: rich, poor, satiety or survival? How do we describe it? And feel about it? In times of abs(tin)ence, are we rich less, or poor full?

Or just hanging on, sans description? While there are surely tinges of optimism, just coming from NYC, and swaying with the flows of the retail scene there and a world-wide, conferencing grouping of department store CEOs, the word on the street is that “everything is great.” It’s just not showing up in the bottom line. So, to that end, really, it’s spin cycle — it’s better to speak to the positive, than to be truly genuine. Looking at the numbers from WWD doesn’t show that optimistic cant from the marketplace. These days, the concept of retail therapy, a word that entered the parlance in our emerging millennia (11.29.2004) simply doesn’t mean anything anymore — in fact, the idea of it might be completely evanescent.

I was talking to a friend, that had seemingly lost everything during the financial re-sorting of the last year and a half. He’d felt that a “new world order emerged — like the great shake-ups of the (big) Depression, or the (big) A-bomb, it’s just not the same world… Things are irreparably changed — but it’s like they have before.” People have told me – it’s not “a recession, it’s a rebooting — we’re living in alternate, renewed times.”

Being a designer with some legacy at stake, having begun in the late 70s, the idea of times being newly “thought through” is an intriguing one. I’ve seen a string of “recessions” — things have receded and things have returned; it’s been tidal. But perhaps this is a different ebb and flux, one which might be more geographic — a geological plate movement — might be the better allegory. 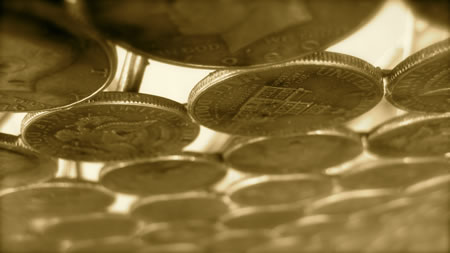 What of others? Holding, watching, standing? It’s been interesting, as well, look at the friends that are rich, or super rich — what are they doing? Lots of hiding, a literal “recess-ion” and quiet lassitude, absence of action. Most of us can’t do that — we’ve got to keep working, keep rolling. Rich, or poor, how might that be described? There is the Zen mind of the beginner’s child impression of what’s happening — and the turn of language.

This notion of “richlessness” — came from a note passed on NPR, run earlier in May, written by Todd Holzman, “Overheard in the toy-strewn playroom of a rambling three-story house in the suburbs of Cleveland:
Victoria, 11: “We’re poor.” Madeline, 8: “Yeah, we’re richless.”

Todd notes, “Richless. Out of the mouth of babes, a word that captures precisely where so many of us truly are as we take stock of our situations in these distressing — but not yet Depressing — economic times.” He continues that the real take is about taking stock, taking an inventory of what authentic “riches” one might have — and really, what does one really “have”. Not much, other than health or the absence of it — you’re healthy, as an asset, one day; the next day has changed and your condition, your asset has vanished. Been there, done that, seen that, scene — that. What then is wealth? (Middle English, mid 13th century, wele, “well-being” weal, which stretches back to “wish”, to “will” and finally, “well.”

But the issue of challenge, as a repeating cycle, is the balancing movement of the the black and the red, the flush and empty. There have been other challenges, speaking of difficulties — and writing about alignments between Obama and Franklin — noted here. If there’s anything to fear it’s fear itself, which is fear of change and the transitioning worry, fretting loss.

“Don’t forget what I discovered that over ninety percent of all national deficits from 1921 to 1939 were caused by payments for past, present, and future wars.”

“We are facing the greatest economic challenge of our lifetime, and we’re going to have to act swiftly to resolve it.”
Franklin D. Roosevelt

That idea of the language of loss and “richlessness” is showing itself, as well. This, popping, literally from the beginning of our challenges, spreading world wide. Lexicographers note that shift as well. “Whenever you have some sort of crisis — a war or a depression — there will be some fostering of new terminology,” says Andrew Sparks, senior supervising editor at Webster’s New World dictionaries in Cleveland. “That’s how language works. You have to meet the needs of how the culture is changing.”

That phrasing of richless, offers as well:
• “Brother, can you spare a dime?”
• Bubbles (ready to pop)
• Diving below — “subprime”
• Levered up, balanced down — “deleveraging” 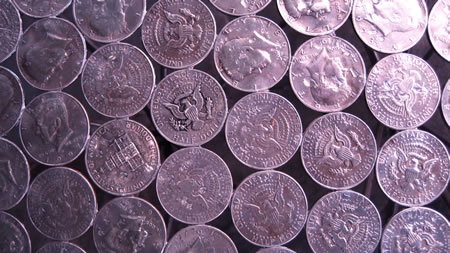 From Linton Weeks, an added overview, to language — new revelations:
‘Baked In The Cake’
Definition: “an event so interwoven in circumstances it cannot be fully extricated.”

Russell Jones, global head of fixed income and currency strategy at RBC Capital Markets: “Even if the financial maelstrom may be about to abate, it is not over. A serious global recession is ‘baked in the cake,’ and this is bound to mean that there will be further pulses of risk aversion, further traumas for financial sectors and markets, and acute pain both for corporate sectors and for individuals.”

‘Cash Is King’
Definition: The idea is that cash is the only thing holding its value — stocks, bonds, real estate or other investment opportunities lose value, the person with cash to spend will be in the catbird seat.

Jeffrey Rosensweig, a professor of international business and finance at Emory University, told CNN that “Everyone is thinking that cash is king; banks don’t want to let cash out.”

‘Capitulation’
Definition: In the present economic milieu, the term means that most investors have sold off just about everything they can and those who have the cash, begin to buy back into the market.

“In my 48 years as a student of the markets, I’ve never seen fear at greater levels. And that’s including Black Monday” on Oct. 19, 1987, Alfred E. Goldman, chief market strategist at Wachovia Securities, said recently. “What we thought was capitulation in the ’60s, ’70s and ’80s is a tea party compared to what we’ve had.”

‘Pushing On A String’
Definition: The futility of trying to trying to move something by approaching it the wrong way.

Sean Masaki Flynn, author of Economics for Dummies,explained the expression to Farai Chideya (NPR’s News & Notes) this way: “If you try to move something, you might tie string to it and then you pull the other end, but if you push at the string nothing happens. And so right now, the Federal Reserve has the following nasty problem: … Even though the Fed is trying to push all this money at the banks, the banks aren’t turning around and making loans out in the wider economy.” That spills out to another phrase — colorful and visible: “liquidity trap.” The intriguing positioning is the attitude that trends offer in terms of language — how people think about themselves, their circumstances and the flow of the world. I think that brands, branding, strategic intention can manage insights on this front — the flow of change will incite fluency in relationships, whether they are commerce or linked merely to “friends.”

What all of this means to me, as a person working in the place of brand, message, visualization, is the shifting of language to illustrate story and ideal, the fluency of media story — we have stories that we tell, in relationship to our lives — and the forms of enterprise that we relate to, love and embrace (and many of them might be in the same challenging conundrum that we’re tied to in living our lives. Linking to a friend of mine, the crucial nature of the relationship — teams, friends, lovers, your personal community — now will the implications of language and message offer alignments.

Sync in, attach, or recess.

Attentionality and intentionality: brand awareness and the focused relationship

What are you paying attention to? And in that equation, what are your customers paying intention to? What drives them to intentionally pay attention? There's tension in that balance. Sometime back, I'd connected with Lynda Weinman and her husband, Bruce Heavin. This was at the Evergreen State College -- and the launch of the new…

EXPLORING THE PRESENCE: THE SENTIENT MIND OF SERGE LUTENS | SCENTEUR, ARTIST, DESIGNER, PERFUMER. Attention, craft, fascination and the making of an extraordinary career. Photo © Salons du Palais Royal Shiseido The concept of presence is about attention, capturing the spirit of the present moment, considering everything as an act of presentment and presentation. Being…
We use cookies on our website to give you the best experience on our website. By clicking “Accept”, you consent to the use of ALL the cookies.
Do not sell my personal information.
Cookie SettingsAccept
Manage consent