Ridley Scott, the TED brand, Alien and the quest for Prometheus

I’m looking for surprise, beauty, spectacle — designing it, looking at it, seeing it, extending that story — the telling of it. 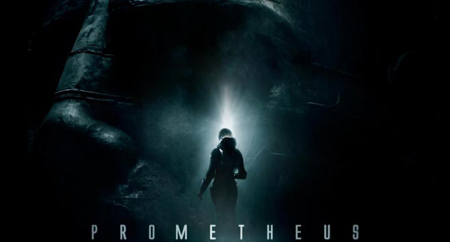 To tell anything, there has to be another — the listener. And attention and engagement. 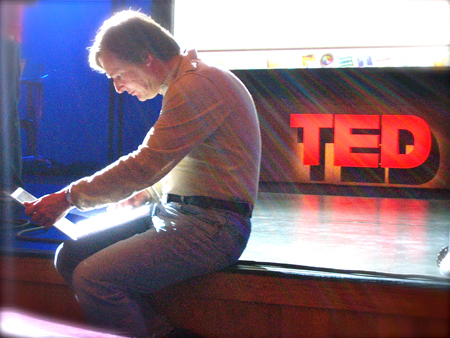 In the past, I had the opportunity to speak with, [and write about beauty, story, strategy as a TED blogger] the current visionary curator of TED, Chris Anderson: beauty, [what for?], following on another connection — further past, with information modeler and TED founder, Richard Saul Wurman — both conversations, unassuming and momentary — spoke of beauty – finding the spectacle of beauty in our world, and the working whorl of trying to get there, to make some-thing (of it,) do some-thing, meaning full.

Making something beautiful, or: making beauty full things,  and powerful it, this process can be — too, about that emotion of storytelling; Tom Skerritt was in our offices recently, we talked about storytelling in the context of branding, and too, in the fire of film-making. tom is aflame with passion about the nature of storytelling – and the so-called lost art of rarefied storytelling in film-making. Tom, who was born 20 years before me (and I stand one year from 60) talked about visioning and storytelling in the context of cinematic telling. We’ve written a lot about that — imaginative world building, production design, place-making. We talked about Ridley Scott and Tom’s work on Alien — the genre-bursting, hyper intelligent sci-fi brand of extra-celestial design, terror and loneliness. 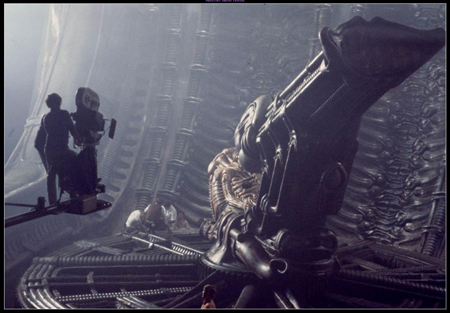 Everything about the film was striking — and surreally creepy, like the long stroke of nails on chalkboard. Lighting, misted lensing, mess (they literally littered the set with junk, aeronautical detritus and “drip” and sound — a kind of reverberative clanging that was half sound effect — and half sound track.

Sounds trail off in an echoic hopelessness of lonely space. Scott’s visioning was transporting and catalyzed the industry — to a new space that was dirty, dangerous and very scary. Set design was wholly evolved to the new realism of Scott’s renderings. Skerritt referenced — “Ridley thinks like a designer, because that’s where he’s come from.” Ridley intones, that he came into the Royal College of Art, a roving and experimental mind / designer + artist. To his history, he offers, “I spent three fantastic years at the Royal College [of Art],” reminisced British filmmaker Ridley Scott of his student days in London. “I went in specifically as a graphic designer. But what was particularly good about the RCA was that it allowed you to move around and investigate different areas. I used to build a sculpture, do some photography, and look in on the school of industrial design. Do a bit of this, and a bit of that. The RCA was an incredibly stimulating, well-rounded environment.” That diverse insight shows itself in the design strategies that evinced the thoughtful visual vocabularies of virtually all of his films, from “the Duellists” to “Bladerunner.” Our connections with him, range from our work on “Gladiator” — titling conceptions, and closer partnering with his brother, Tony Scott, (producing solutions for Paramount Studios and Jerry Bruckheimer) — on “Top Gun’ [theatrical marketing designers / identity], “Days of Thunder” [theatrical marketing design] and “The Last Boy Scout” — designing for him, and the WB theatrical marketing team.

I’m curious about the adventuring minds of Chris Anderson (and his predecessor, R. S. Wurman), the astonishment of positioning world-raper Weyland (extra planetary mining company,) as a self proclaimed “new god” — presenting at future TED — and finally, the strategic packaging of TED | Ridley Scott | the light-finding Greek Titan legend-making of the Prometheus mythos (coupled with an allegory of Promethean magic, finger-burning, matches and the concept of pain, “not minding,” in an added allegory about T.E. Lawrence {of Arabia}). It might be said, as well, to the power of design, that the Robert and brother Richard Greenberg titling treatment for Alien placed a deep stake in the ground with a mythological alphabetic reveal of the word: / I | E — that too, spoke to a thinking detail of a new “outer worlds” order. Richard Greenberg has organized these for sequencing study.

We’ve pulled them, slightly larger, as well, here: The key, to all these are invention and conversation and more invention – so often, in my history, great solutions come not from me, but from those I nurture to the edge — a leaping, cross chasm, to something new.

The key, to all: these are invention and conversation and more invention – so often, in my history, great solutions come not from me, but from those I nurture to the edge — a leaping, cross chasm, to something new.

The scent of smoke

Sitting, working, early this morning -- there's smoke wafting in the studio. It's too dark outside for there to be any other light -- none emerges from the old building, studio windows - an old class room. The scent of this is old wood -- the "fire of wood." Named: Feu de bois, designed by,…

Howard Schultz: The spin of the human brand, foundations and visioning, too far flung? Starbucks | Store one The spirit of the impassioned leader or founder speaks from the heart, which can drive everything, top down. Spirit sparks spin -- which isn't just that, spun "stuff," but rather -- truth, brilliance in a leading light, lighthouse, watchtower:…
We use cookies on our website to give you the best experience on our website. By clicking “Accept”, you consent to the use of ALL the cookies.
Do not sell my personal information.
Cookie SettingsAccept
Manage consent