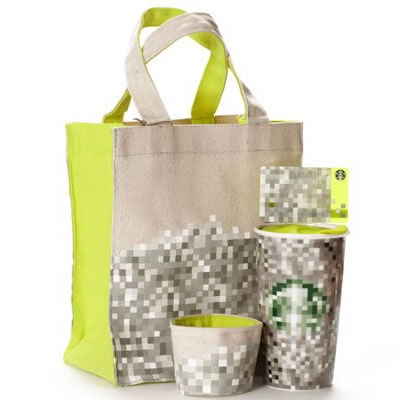 At Girvin, we’ve been following, writing about, the Mulleavy sisters for a couple of years. We’ve also studied, and written about Starbucks. Even Howard knows about our blogs.

What is compelling about the sisters Mulleavy is the wild swing of their creativity — often vaunted, even Wintour has been charmed by them. That might be a blessing, it might be a curse — but that’s a big endorsement.

What is magnetizing about the Mulleavy’s energy is their willingness to walk the walk [and the talk] to another path of exploration. There’s risk in shifting paths of exploration. They see a point of light in inspiration — their history, family, a journey, a visit and that builds a scenario for a deeply detailed rendering of ideas. That, of course, was a key attractant to us — because there are stories involved. Right, known, we believe in stories, but more so, we really believe in stories because we like them, listen to them, write them — and in any new relationship, learn more about stories.

In fact, if there’s not a story, I rarely listen. 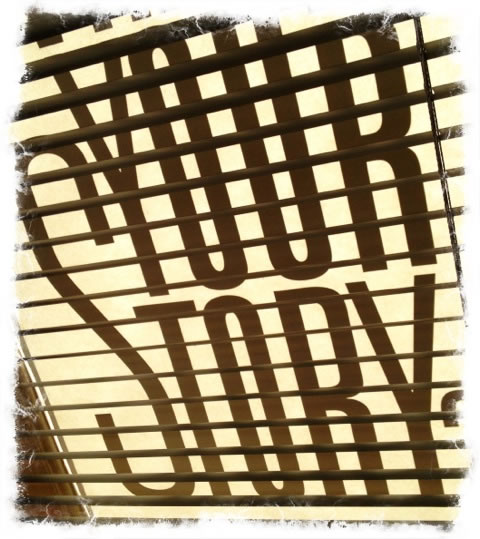 So what’s interesting is the layering about the storytelling of the Mulleavy sisters, pressoffers “Rodarte-designed gift cards, tote bags, cup sleeves and mugs will hit Starbucks stores in theU.S.soon. The signature pattern doesn’t bear any Christmas or New Year’s Eve attributes but features a pixelated image of gray, white and silver set against different shades of green. 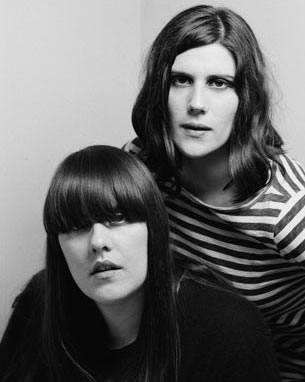 “Our clothing is specialized,” Laura Mulleavy said in an interview to AP, “And when we are thinking of Rodarte, we choose things that say who we are as designers, but we’re not limited to that. We like the idea of collaborations and putting our thought process somewhere else.”

“We felt we had a broad audience of customers. We look for unique and differentiated, not necessarily looking for ‘mainstream.’ … People buy with their eyes,” she added.

Rodarte have received a number of industry awards since the line’s inception in 2005. Kate and Laura Mulleavy designed the costumes for both the Swan Lake ballet in Black Swan, as well as other pieces worn by Natalie Portman and Mila Kunis in the film.

Sisters Mulleavy were tasked to design something appealing to both men and women. Laura said that the biggest challenge to adapt to the small surface of the gift card.

This is the first Starbucks’ attempt to collaborate with fashion, said Samie Barr, vice president of category brand management. The company sees it as “putting us on the map as a true inspirational gifting destination.”

The key to the resilience of the craft lies in the realm of curiosity — where go thou? It is not without relevance that curiosity and cure are intertwined, etymologically aligned and expanded to the notion of curation. And in a manner, Rodarte celebrates that realm — “curiouser and curiouser” that the idea, the story, the telling and retelling — intertwining metaphorical narrative — the cure for the imaginative mind, the meander of curiosity. And finally, the collection curation that comes from it.

Visualizing and organizing the perception of information Cinematic interface design as a reference to example Image above: © Cruise/Wagner + Amblin Entertainment It might be said that the rise of infographics -- visualizing, simplifying and organizing content into varying graphical arrays, pictograms, charts, diagrams and number counts suggests -- the convergence of time [and the…

THE PERFUME OF INK, PAPER, WOOD AND LEAD

Notes on the Last Letterpress & the Last Paper Seller -- DOWNTOWN LOS ANGELES IN TRAVELING THE JOURNEY OF THE CRAFT, THERE'S A KEY TO RELEVANCE -- IN THE SELLING ENTERPRISE, THE NOTION OF BRAND IN PLACE, BRAND IN THE MIND OF PEOPLE -- THERE HAS TO BE RELEVANCE. AND RESONANCE. AND RELATIONSHIP These are…
We use cookies on our website to give you the best experience on our website. By clicking “Accept”, you consent to the use of ALL the cookies.
Do not sell my personal information.
Cookie SettingsAccept
Manage consent