Exploring the context of experience and the interpretation of place — in scent.

It’s interesting, the idea of thinking about working in smell and place — exploring the entanglement of scent — the context of a place-making and the array of fragrances that make it so.

Anyone who loves scent walks into any environment, thinking about — contemplating and assessing — the string of notes that waft by. But most people don’t ponder scent in place — consciously, that is: they move into an environment with little in the sense of the placement and sequence of “smell.” Great smelling places have a “procession” of scents — they are a stringing of “notes” and fragrance melodies that can be listened to like a song. Learn the song, listen. Learn the ingredients, improvise in their arrangement.

For some — those that travel without scent “listening”, it might be that — the strongest sentiment might be just that — “what’s that smell?” It’s a reactive nothing. It’s like saying: “it’s so hot.” There’s no layering to the distinction, the description (or the absence of one) if there is any observation.

I found it interesting, sometime back, the first time I’d met master nose Bertrand Duchaufour (6.o6.) It was then, just the beginning — when he was making the staggering sequence of his scents based on the notations of place. Then, it was Timbuktu. The telling — for the opening legacy — “Timbuktu is a modern French spin on an ancient West African perfume rite. Inspired by his travels to Mali, master perfumer Bertrand Duchaufour returned to L’Artisan enchanted by the mystical perfume art, called Wusulan, still handed down from mother to daughter as a magical spell to seduce and secure one’s true love.” Basenotes offers this interpretation of the notation sequence — what’s there, in the place of Timbuktu? Imagine this sequence, noted in the arrangement below:

What emerged next, in speaking with Bertrand, was another secret – a vial that he removed from his coat — something recounting his travels in a place that I’d not gone to — Bhutan. That emergence was Dzongkha, the scenteurs at Lucky define it as “a mysterious fragrance inspired by the smell of the stones and incense of the Buddhist temples (the Dzongks), with notes of tanned leather, smoked tea and the evocation of fire places – around which life is organized since the climate is very hard in this region. A fragrance also evocative of the smell of refined flowers that grows in this extraordinarily preserved nature.” 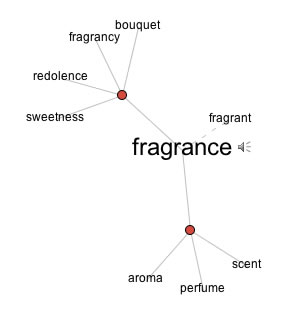 Expanding, they recount Dzongkha, as a “bewildering fragrance, an invitation to spirituality and an inside journey. Its enveloping trail is unexpected, simultaneously intimate and present. This fragrance speaks to both women and men and tells a unique story on each skin: that of Dzongkha, the language of Bhutan. In the top note of Dzongkha, the freshness of peonies and the pink flavor of lychees vibrate with cardamom. The heart of the fragrance is accompanied by chai notes (spicy tea with milk) that soften the strength of wood where vetiver stands out in the fumes of incense. This intensity is accentuated by cypriol (Indian papyrus) and leather notes. Iris with its powdery bottom note symbolizes both the stony aspect and the softness of the fragrance.”

The point of interest for me lies in the interpretation of the concept of the layering of place — the scent of place — and the untangling of the memories, the fragrances, that emerge in that place. 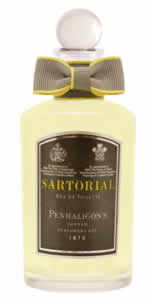 Interesting, then — the idea of interpreting a bespoke tailor. More, here, to the story, Grant Osborne: “Emily Maben (Penhaligon’s Head of Marketing) let Basenotes into a secret: She and master perfumer Bertrand Duchaufour had just been sniffing round Savile Row to get inspiration for a future men’s fragrance.inspired by the scents of the workroom at Norton & Sons, Bespoke Tailors at No. 16 Savile Row, and its name is Sartorial.”

According to Penhaligon’s Sartorial is “a contemporary interpretation of a classic Fougère; the traditional notes of oakmoss, tonka bean and lavender have been exquisitely stitched together with woods, ozonic and metallic effects, leather, violet leaf, honey and spices to create the perfect illusion of a tailor’s workroom. The modern thread running through Sartorial is beeswax; echoing the blocks of wax each thread is run across before stitching. This sweet smudged note ties together the more traditional elements; the oiled flash of shears cutting cloth, the rub of fabric beneath fingers, tobacco tinted cabinetry, puffs of chalk in the air and old paper patterns vanilla with age.” 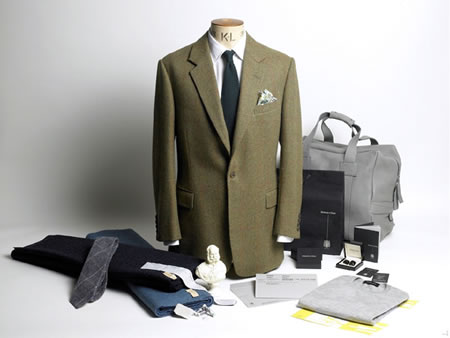 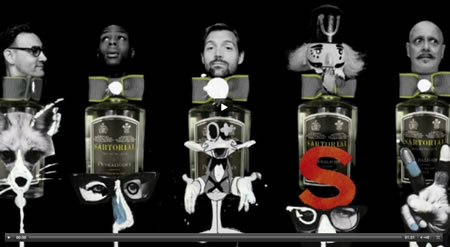 I’d close with this curious — and happily inventive — video treatment, built by artist Quentin Jones to create a branded, stop-motion animation exploring the story behind their new gentlemen’s fragrance Sartorial. Filmed at the Norton & Sons shop on Savile Row, the video is entitled, “The Tailors and the Nose” featuring the fragrance’s creator Duchaufour and Norton & Sons director Patrick Grant. Quentin Jones is an illustrator, animator and Central St. Martins MA graduate.

Love it, the nature of what is scented in the recognition of place. What, to brand, is your memory of distinction? Being in a place, what do you recall?

Drawn from the heart: simple design prototypes from the 30s: design strategy and clarity of intention The heart of creative: drawing, sketching, roughs, comprehensives made by hand, brush and simplistic inspiration. A friend of mine in Santa Monica, composer Stuart Balcomb, is a ever-roving explorer of all things creative, offered the rendition of two stories…

Gaming and Entertainment Experience Branding: the Psychology of Luck

Mapping concepts of gaming procession and built design: exterior brand experience storytelling (what's this place about?); entry into the gaming world; sequencing gaming technology (red circles) for luck perceptions; creating visible targets for more hospitality and experience places. Casino guest procession and experience design -- hospitality branding the concept of fortunate encounters. I've been wondering…
We use cookies on our website to give you the best experience on our website. By clicking “Accept”, you consent to the use of ALL the cookies.
Do not sell my personal information.
Cookie SettingsAccept
Manage consent