What’s being said, the framing of design, in the containment of fragrance. 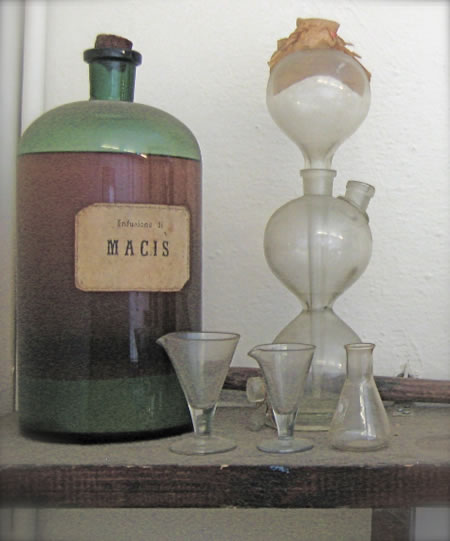 Designing the containments of bottles of perfumes is a legacy that extends thousands of years — from the smudging lozenges and unguents of ancient Egypt and the incenses Mesopotamia. According to perfume.com, the Egyptians “used containers made of stone and alabaster which kept the perfume cool,” and were tightly sealed to prevent leakage — clay pots were made into sculptures of people and animals. “Since the Egyptians believed that the soul ascended into heaven, relatives saw to it that perfume accompanied the spirit. Urns encrusted with gold, jars of delicate pottery, and chalcedonies filled with aromatics were placed in the tombs. So potent were some of the oils used, that 3,300 years after Tutankhamen’s death, a trace of fragrance in the tightly sealed pots of unguents could be detected when the tomb was opened.

“Many perfume containers have been found in tombs,” as an integral part of “the Egyptian’s preparation of the dead; these containers have been found made of wood with different compartments for each perfume.” The use of glass bottles date back to the fifteenth century BC — glass bottles were also non-porous, lightweight and later created in brilliant colors. “Perfume bottles found in Palestine were made of glass, and had narrow long necks, primarily found in tombs. Large bottles of perfumes were often found in places of interment, believed to mask the character of decay. “The Ancient Greeks made beautiful containers for perfume. They hand painted vases which were often shaped as animals, using lidded bowls for holding less expensive perfumes.” The shaped integrity of bottles reformed upon the invention of blown glass, and were designed in the shapes of animals, bunches of grapes, fruit, shells and fish. The art of perfumed containment reached its ancient zenith in the Roman hollowed-out precious stones to preserve their most valued perfumes, according to the historical overview at perfume.com. 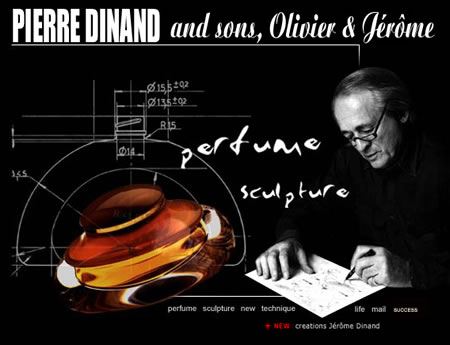 Over the legacy of the work of design — the history of the work, I had the rare privilege to partner — an exploration in creative alliance — with the legend Pierre Dinand. I might call it — better — a learning, a touching with an extraordinary talent. What I might offer is the character of the human brand that is Dinand, a designer of the containment of scent, the rarest of the rare — the quintessence of flowers, roots, extracts — in formulating the postulate of fragrant experience. Scenting is something that heralds the deepest memories of fumed recollection — the notes of how a scent floats through the air, into the mind and the memories — it can be something potently evocative: an experience, that if examined properly — the expertise of calibrating the melodies of ingredients — it can be one of the deepest characteristics of aesthetic experience. Smell: scent memory, and relive that moment. 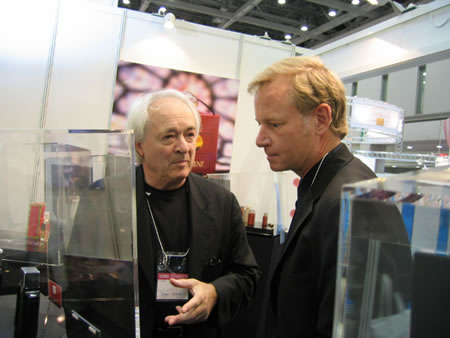 Then, imagine designing a container celebrating the concept of that arrangement. This is the space in which Pierre Dinand plays — and in partnering, our exploration was the evolvement of beauty of containment, packaging, and storytelling identity. While the concept of designing fragrance, the chemical art of the arrangement of the symphony of how extraordinary ingredients float in the air of recognition — or the mystery of their evanescence, arising strongly, dissipating to be replaced by the next notation in perfumed sequence. One rises to vaporous vanishment, another warms, another dissolves, and finally the holistic scent lies heated on the skin, slowly playing out its story. Then — think of the designing of the flacon that holds this alchemy? Dinand’s creative imagination revolves on this place of invention – and it’s been said that over 50% of the bottles in the world of scented luxury were designed by Monsieur Dinand.

My recollections were generous, warm, educational, experiencing the wonders of Paris life and design – and brand story — through the eyes and heritage of Dinand’s visioning. There were stories that run far back into the heritage of parfum. More on that legacy can be found in this interview with OsMoz.com. As Julien Levy notes, “You could say that Pierre Dinand is to perfume what Keith Richards is to rock music… in a healthy, athletic version: black T-shirt, long white hair, quick with a joke and a smile. Pierre Dinand works directly with the most prominent creators. He has designed more than 500 bottles, many of which have become classics, yet he hasn’t changed, and is still a charming, open person.”

Some imagery from Dinand’s files (OsMoz) 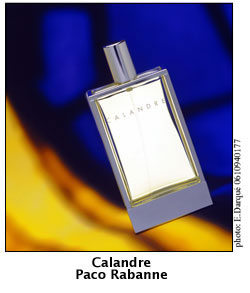 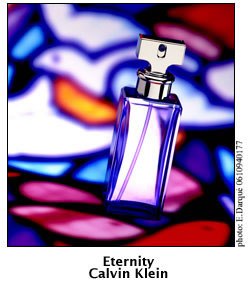 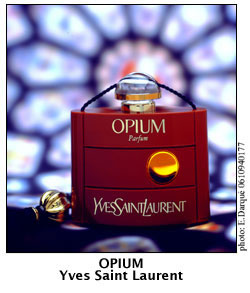 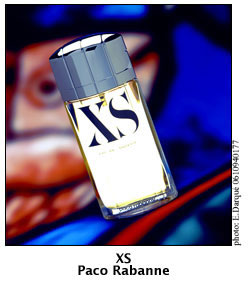 The key talent of Monsieur Dinand is a broad design and imaginative diversity of form and material vocabulary and it might be said that this is only derived from an amazement of experience — the beauty of the work settles in the profundity of artistic languages — to that history, Dinand recalls:

“I was sent to Indo-China when I was 20. Because I spoke English and German, I was made an officer and I was given the chance to study architecture at the Royal Art School of Cambodia. It was practically Club Med… except for the occasional gun shot from time to time…
I was lucky enough to be able to study the border between Indian and Chinese art, as well as the locals’ knack for sculpting small items. That’s probably where I acquired the taste for bringing refinement to relatively small objects…

My architecture studies were very useful for my design work… a fragrance bottle is sort of like a small house!

Foundational experiences like these create a vitality of visioning that’s hard to find in conventional education. Speaking with him about his times then, the exploration, the comprehension of beauty, the layering of context, concept and formalization. Sitting for hours, exploring the treatments of his design legacy, pitching together the CEO of L’Oreal, the creative matrix at Victoria’s Secret, design connections at Lauder — presenting in Tokyo, NYC and Paris together, we ranged the road and told the story, from the editor in chief at WWD to the designer Shu Uemura in Tokyo’s World Cosmetic BeautyExpo.

I was thinking about the unique gestures of each of Dinand’s containers and contemplated the differentiating detailing that made each of them special — melding metals, plastics, glass and unique composites. And each, a story, told.

A question. What if they weren’t seen, on shelf, in scent — what if the containers were unseen — merely, the concept, hidden and concealed — no story told: mystery? Nowness, to the notion of fall fragrance, observes: 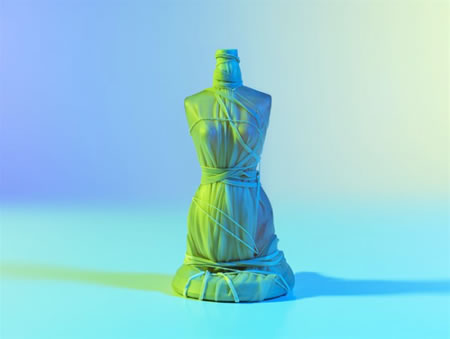 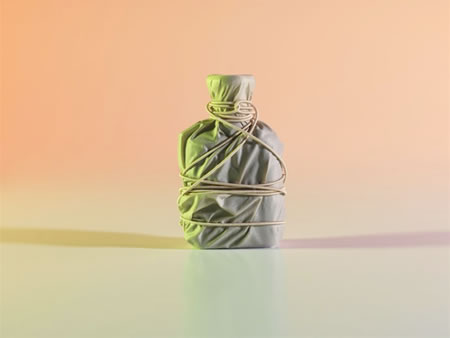 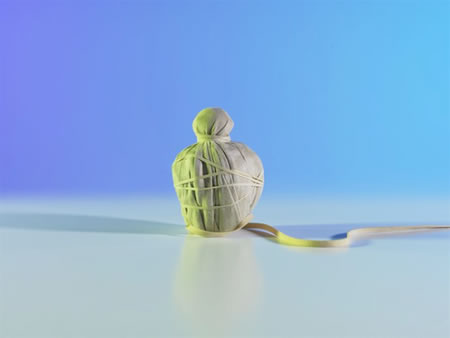 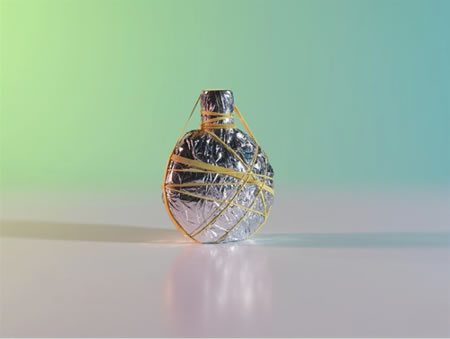 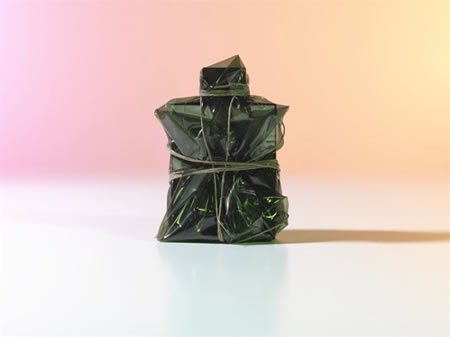 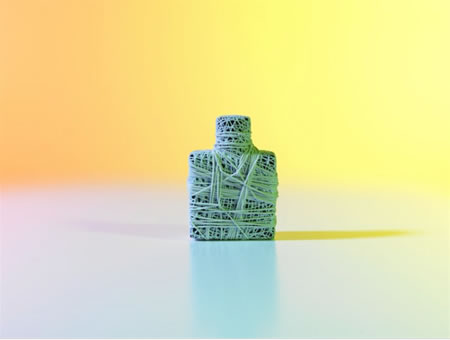 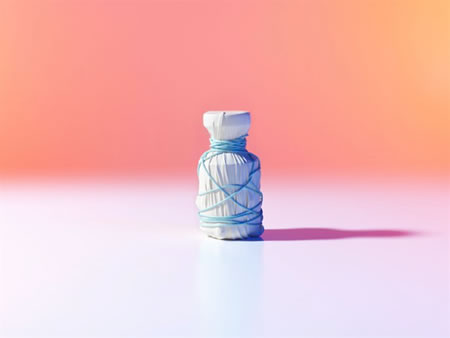 Sweet, delicious, lustrously evocative, but still unseen — swathed in the spirit of the classical japanese tsutumi, the wrapping art. Regardless of the nature of the form, the packaged vessel — and the perfumed brands that are held within — it’s an exquisite journey.

And one, in any case, I shall not forget.

Piano, noise, and translation: genius + the human brand > a sound making tool Linking up with friend Josh LaBelle, creative director, musical maestro at Seattle Theatre Group (I used to be a board member there), I had the chance to reconnect -- after decades of watching, and listening -- with the pianist and performer…

Dazzlement | a study in camouflage

What is the nature of the design of camouflage? Who designs it, and how does it work? The French cruiser Gloire A colleague of mine, pointed out an intriguing effort to abstractly camouflage boats during WWI with elaborate geometric rippling, reflective patterning. Amazing, really -- that got me thinking about the design of camouflage, what…
We use cookies on our website to give you the best experience on our website. By clicking “Accept”, you consent to the use of ALL the cookies.
Do not sell my personal information.
Cookie SettingsAccept
Manage consent