Scribbling Dreams and Inspirations | Journals as Palettes of Magic 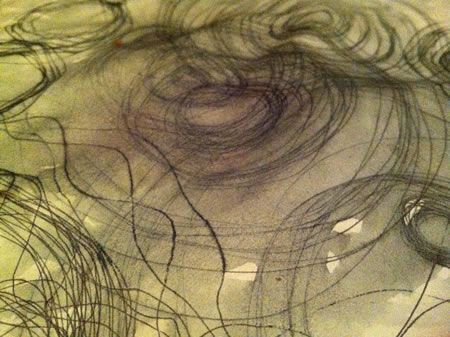 The Scribble Book | The Journal as Magic Markings

I have some books, journals that I’ve made, that only contain scribbles.

What I think is:
that the scratching and scribble of antiquity, the ancient sound of drawing, the scripting of alphabets and words, phasing and sentences, clauses and — drafting and rendering are just right to the speed of fast thinking — spilled out to the page, wet and lightning, lightening, ideas.

Scribble is from scribillare — “quick writing,” even so, the slosh, splash and slash of writing could be that: quick and careless, fast and inspired, right to the core of a personal truth, cracked with color and energy, writ large and small.

What it means —
the quest for “what you mean” —
is what makes it matter.

The drawing out
is
your intention. 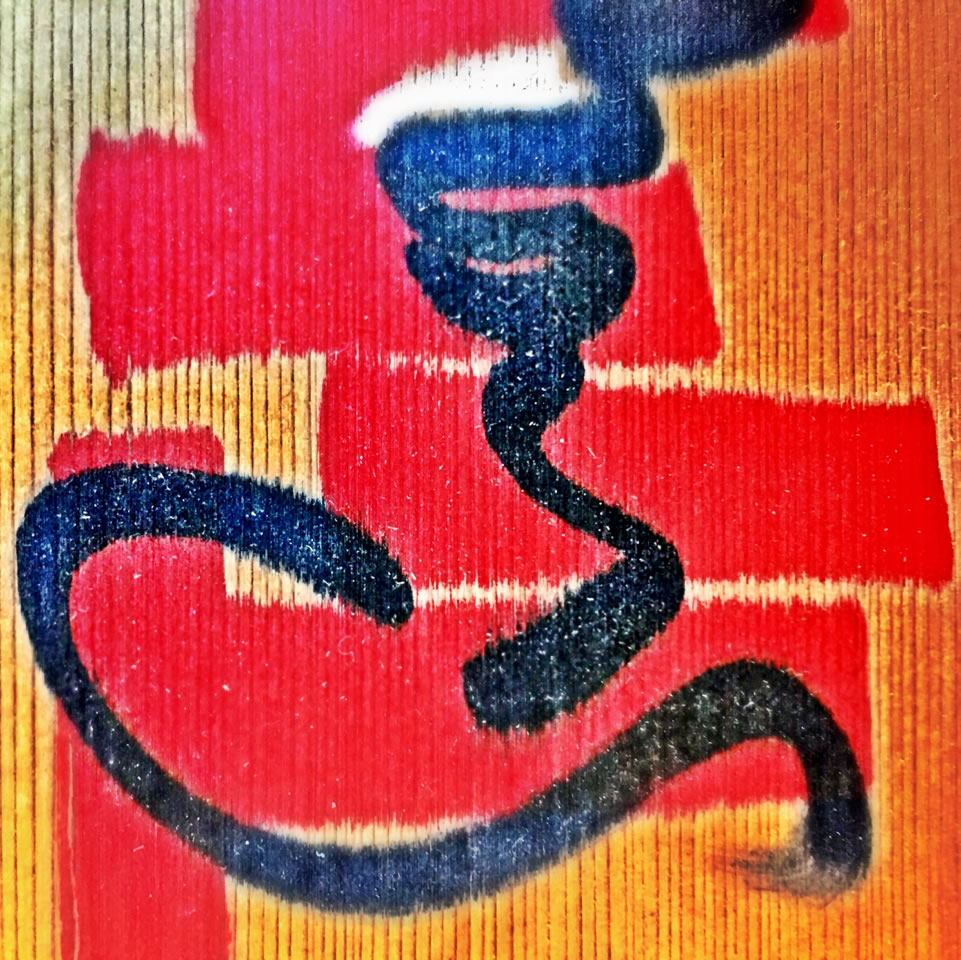 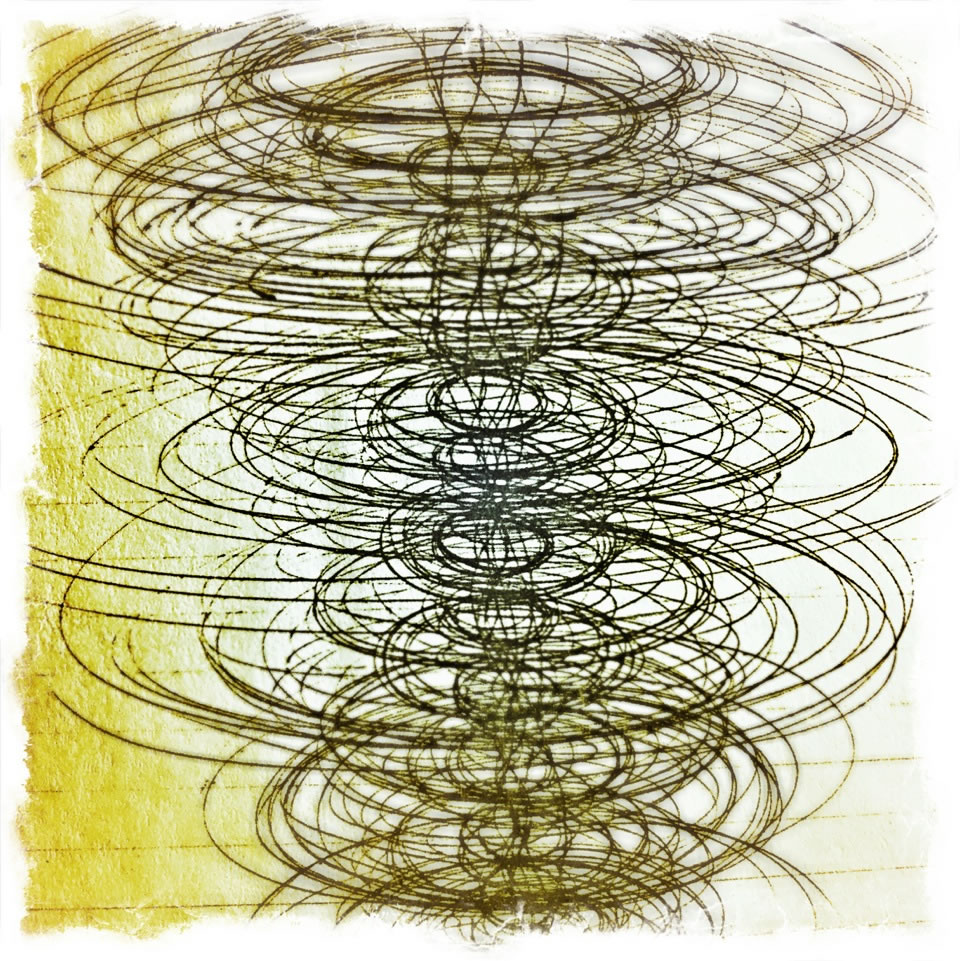 They are drawn in scripts that only I know.

They are circle books — collections of circular strokes.

Or books that are writing, symbols, gestures and markings.

They are flow books — letting it go, letting it get out of one system, on to another — of mind, to arm, to wrist, to finger tips — thought, to paper.

But, my take, to magic. The idea of a collective, a collage, of mind expressions — just go, flow, draw, and create the alphabet and code of your being.

But what if that story, that drawing, might have deeper dimensions — mysteries that might be unknown, undeciphered, untranslated — ever. There are, for reference, ancient scripts that have no alignment to others written — there are no crossing translation references, so they cannot be interpreted. A reference can be found here, to the ancient scripts:

Just recently, one emerged (passed along by friend Stuart Balcomb) — a mystery:

The Voynich Manuscript
The Voynich Manuscript, after the discoverer — Wilfrid M. Voynich, an antiquarian book dealer who acquired it in 1912. It is lavishly illustrated manuscript codex of 234 pages, written in an unknown script. A postulated theory is that is was written sometime during the 13th century by a Franciscan friar, Roger Bacon (1214-1294). Many attempts have been made to decipher the text but none have succeeded. There has been the supposition that it was a joke. The careful detailing and structure of the document suggests something deeper, to an exploration of mystery, symmetry, and symbolic patterning. (Wiki:http://en.wikipedia.org/wiki/Voynich_manuscript)

That book perhaps gestures, to the higher degree, of that notion of the journal as being a place of personal exploratory — either superficial doodling and abstracted notations, or something bigger, deeper, long running, voyaging farther into the mind and the unconscious. Being in NYC, a chance to see Carl Gustav Jung’s Red Book at the Rubin revealed a lifetime of examination and meditation. (http://www.rmanyc.org/pages/load/156) I ponder too the work of Abbess, Hildegard Von Bingen, a medieval writer, theorist, contemplative and spiritual leader — her writings, manuscripts, visually are arrayed here: http://bit.ly/fShv0V.

My sense of the scribbling extends from the idea of reaching into the psyche, letting the lines unfurl in the manner of elastic gestures of opening — to the more long term and meditative examination. That might be in the personal script of your making — the secret code of you.

Code is shown in many ways.

Night is drawing nigh, drawing at night

Working at Night — Night is Drawing Nigh Working at night, working at candlelight. Seeing by fire. Some nights back, as I was on the farther shore, waiting for the night boat to come crossing, I was drawing in the dark, with light. Dawn was shooting these images, with the full moon behind, and the…

BEARING YOUR SOUL DIGGING IN FOR THE SOUL OF BRANDS I was writing a piece, earlier today, on the concept of baring — that idea of revealing, versus the other similarly sounding expression of bearing — which is more like “carrying” something. To bare, to lay open, uncovered — and to bear, or to cart,…
We use cookies on our website to give you the best experience on our website. By clicking “Accept”, you consent to the use of ALL the cookies.
Do not sell my personal information.
Cookie SettingsAccept
Manage consent