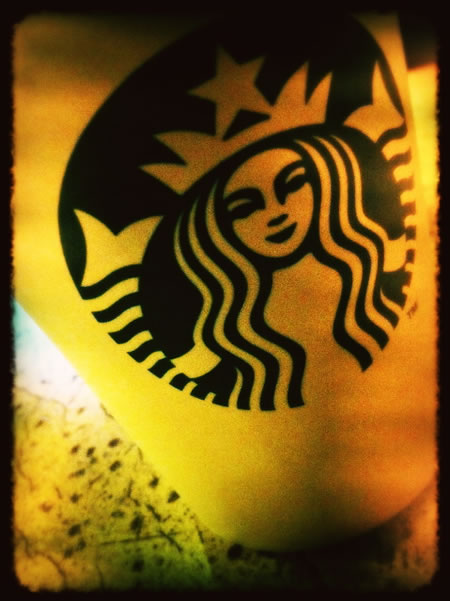 THE INTEGRATION OF LAUNCH | HOLISTIC AND INTEGRATED STRATEGIES FOR BRAND RENEWAL

I missed Howard Schultz, down at the market, ringing in the bell for the NYStock Exchange at Store one, Starbucks, the Pike Place Market — 6.30am, 3.8.2011, the ringing intonation and celebration. While I was up, and working, I wasn’t down at the office, precisely one block from Store One, the Market. A story, exploring more, with Mr. Schultz. 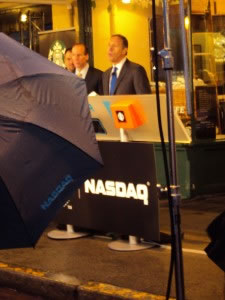 There is much to celebrate.

And it’s been interesting to watch the evocation of the human brand, Howard Schultz. Howard, who I just learned has a birthday that’s only a month off my birth month and year, has been a force of brand nature to study. I can recall, the early days of Howard presenting this selfsame visioning in the Pike Place Market, the sheer vitality and character of his evincement of the principles that — early on — he was passionate about.

In all the talk about the nature of the brand, the story, the dimensionality of legendary brand experiences, Howard’s persistent drive leads to the notion of uniquely holistic disposition for the flame of enchantment — how tribes connect, love and embrace the brand sensation that is Starbucks.

Obviously, we’ve written about Starbucks a great deal. There’s something to the nature of a place strategy — coffee and service — experience story that has widened to the complex media engine that is now in place. Any student of product and brand community should be studying Starbucks simply because of the complexity of the enterprise. And in connecting with Howard, and his team, and examining the brand in various parallels over time, there’s evolving and shifting depth. It might be said, that like Steve Jobs, Howard could be a kind of leadership terrorist — they’re both scary, demanding, crazy focused — because of the depth of their commitment to fulfillment, evolution and innovations. If you’re “not riding that rail, then you’re off it” — as exiting resources have noted. So be it — everything changes, and you’re either inside and committed to the visioning, or you’re not. That is the nature of living — where to, from, that commitment? What are you doing, why are you here?

And as well, the attentionality and intentionality of process — if there is a dream to be made, then what is the nature of that tension — the tendon of attachment and torsion twist to flex in the breeze of dynamic change? Howard Schultz has been that driver, the igniter of that movement, in setting the fuse of the red thread of actions that will drive that play to ignition and acceleration. After Howard’s return to the game, it didn’t take long to set that rolling in play.

There are tribes connected to the brand (Starbucks and the Dunkin’ Donuts brand disparities) and the focused styling of this Northwestern enterprise is reaching well to the nature their selected demographic. A retail design strategist and architect referenced that the emerging crowd is the millennial, welcomed and celebrated as the new technically savvy participant in the third place mentality of the offering — still, other clans merge there. Arriving at Starbucks in the early morning – just past the 5.00am opening (Queen Anne Hilltop and elsewhere approaching the city) it’s a mixed bag of early guests — but they’re comfortable; retirees, athletes in the opening fray — heading out, heading in, some peppering of eccentrics, an occasional sleeper, and students that are starting up the gear of the studious day.

The visualization of the new simplicity of the brand voice, as spoken in the character of Terry Davenport’s leadership of the brand shift initiative is thoughtful and simply strategic — cleaner, more directed, straight to the heart of the founding legacy of Terry Heckler‘s original siren call of the brand.

That song continues and the wholeness of the integration is robust and rich.

Like the spirit of their product and expectation of holistic experience.

The rise of the stormtwister: which one are you following? Surely, it's changed, Charlie's tiger-blooded human branding keeps on surging. But why? Friend Robert Weitz pointed out, as he put it, the gladiatorial posting of winning wars of followers. Andrew Barr offers the infographic above, in his notations from the Post. Rebecca Tucker offers some…

Strategy, Brand Story, Leadership -- the crossroads iPad 2: This past week, Steve Jobs showed up to a standing ovation for the launch of Apple's new rendering of the iPad. "Here Comes the Sun" was the opening sound message -- the clarion call to opening the brand storytelling (and spectacle). And the exit: "A Hard…
We use cookies on our website to give you the best experience on our website. By clicking “Accept”, you consent to the use of ALL the cookies.
Do not sell my personal information.
Cookie SettingsAccept
Manage consent